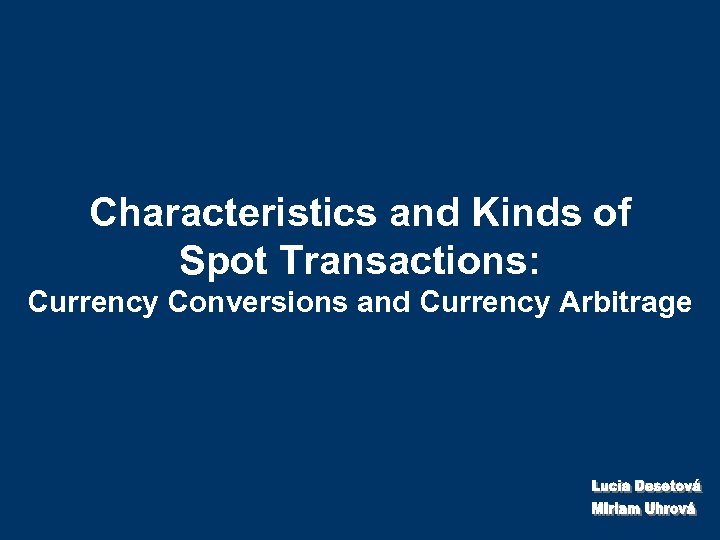 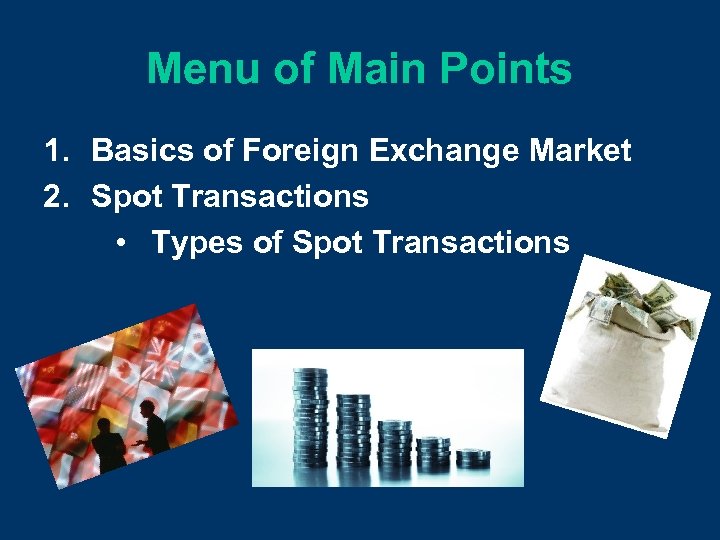 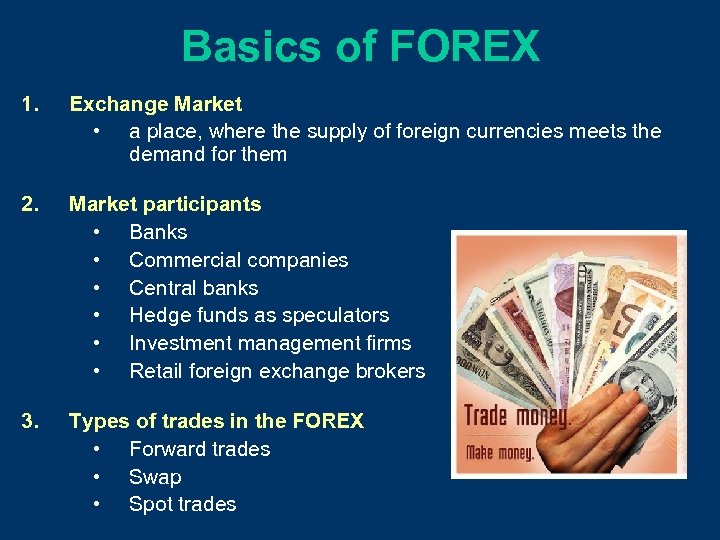 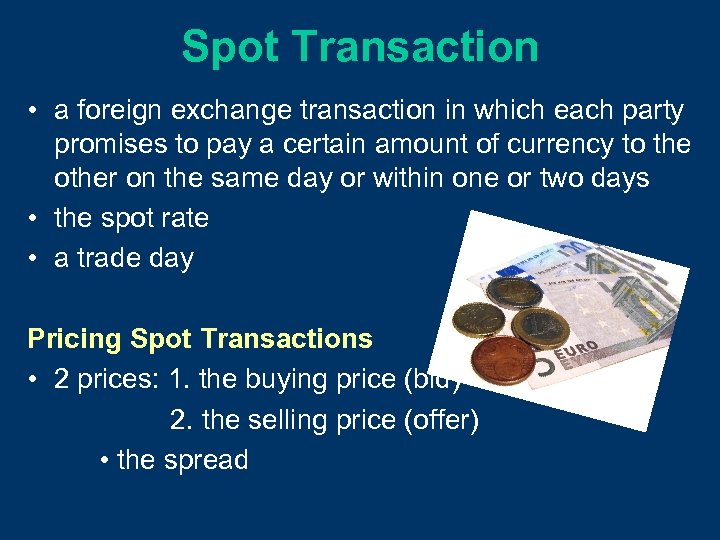 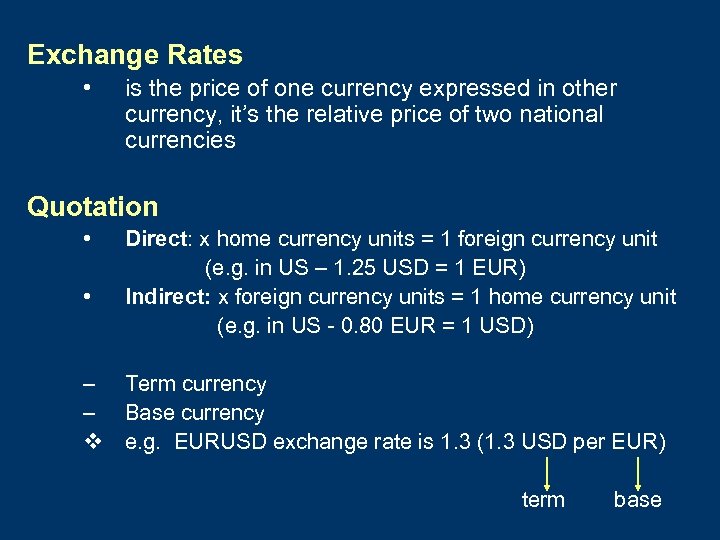 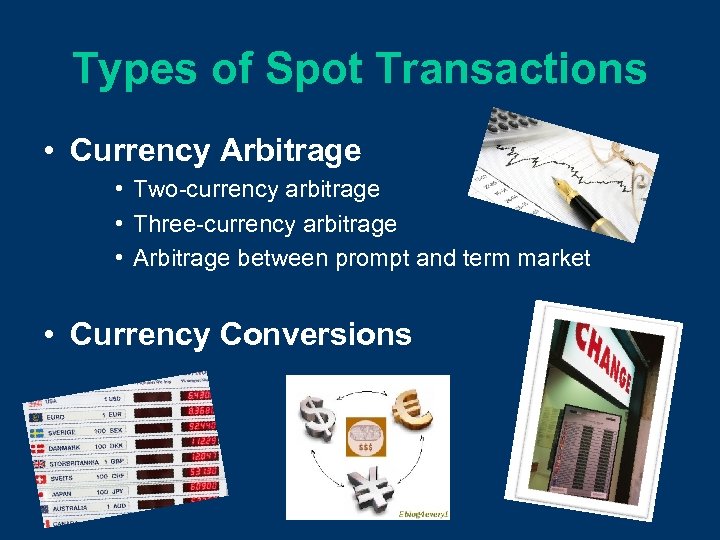 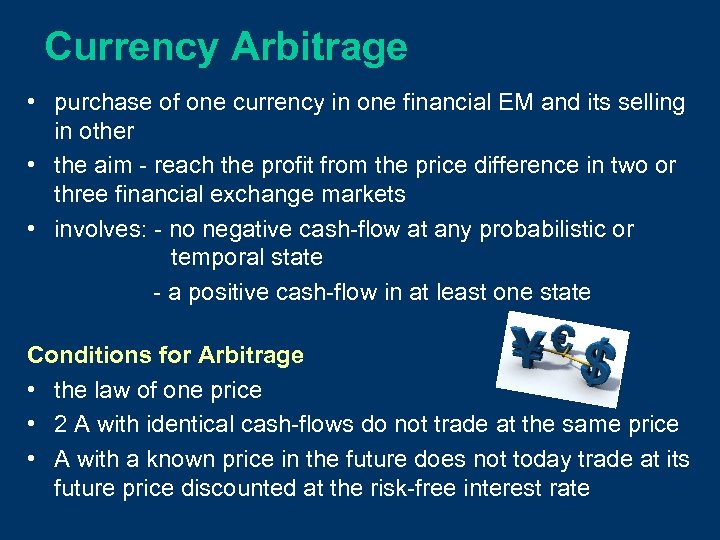 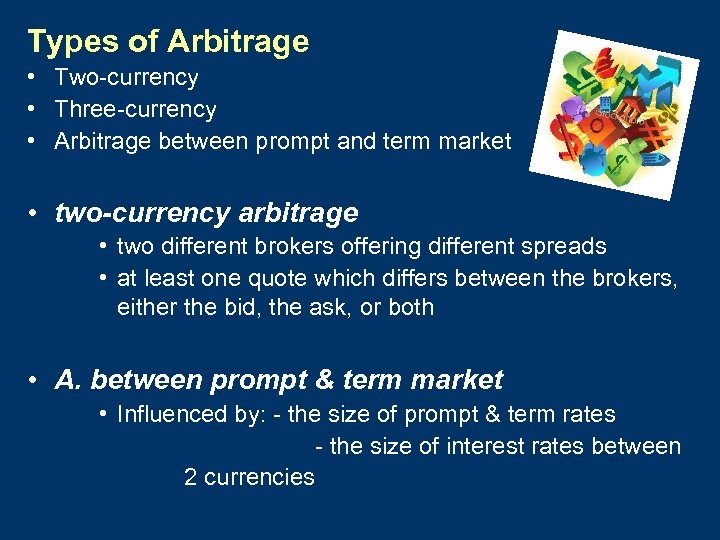 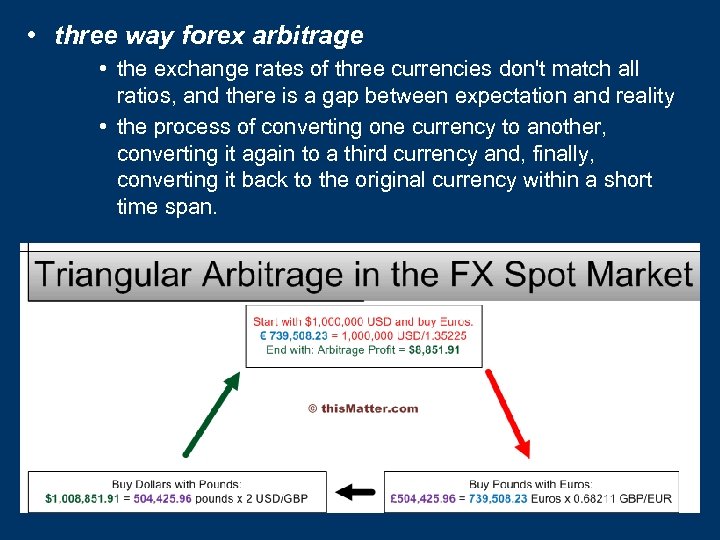 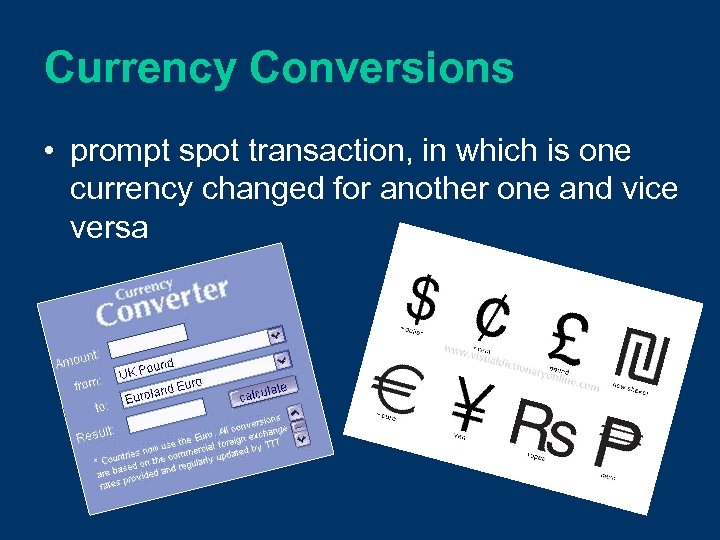 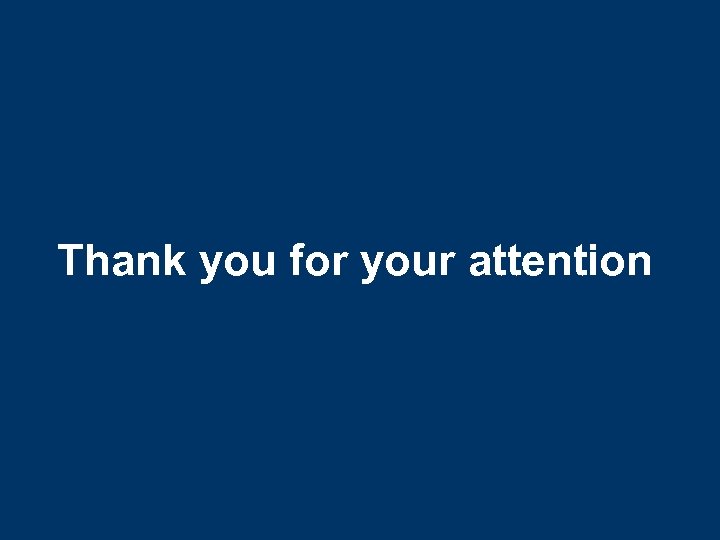 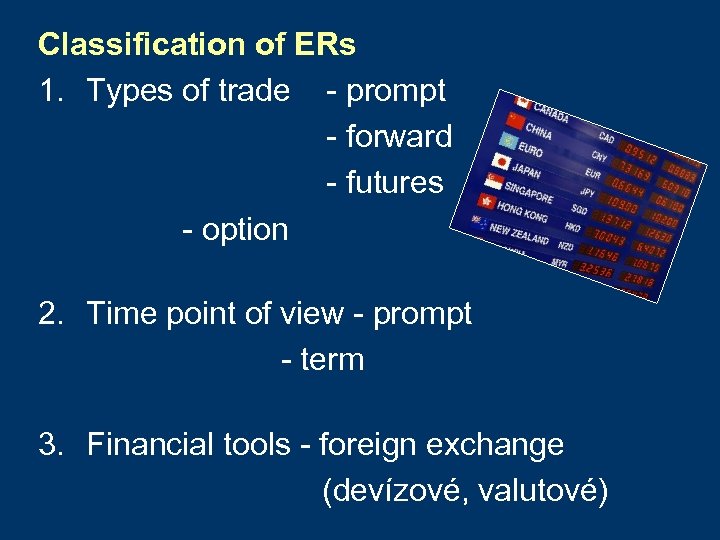 Spot Transaction • a foreign exchange transaction in which each party promises to pay a certain amount of currency to the other on the same day or within one or two days • the spot rate • a trade day Pricing Spot Transactions • 2 prices: 1. the buying price (bid) 2. the selling price (offer) • the spread

Currency Arbitrage • purchase of one currency in one financial EM and its selling in other • the aim - reach the profit from the price difference in two or three financial exchange markets • involves: - no negative cash-flow at any probabilistic or temporal state - a positive cash-flow in at least one state Conditions for Arbitrage • the law of one price • 2 A with identical cash-flows do not trade at the same price • A with a known price in the future does not today trade at its future price discounted at the risk-free interest rate

Types of Arbitrage • Two-currency • Three-currency • Arbitrage between prompt and term market • two-currency arbitrage • two different brokers offering different spreads • at least one quote which differs between the brokers, either the bid, the ask, or both • A. between prompt & term market • Influenced by: - the size of prompt & term rates - the size of interest rates between 2 currencies

• three way forex arbitrage • the exchange rates of three currencies don't match all ratios, and there is a gap between expectation and reality • the process of converting one currency to another, converting it again to a third currency and, finally, converting it back to the original currency within a short time span.

Currency Conversions • prompt spot transaction, in which is one currency changed for another one and vice versa