Chapters 3 and 4 Dr Jekyll was quite 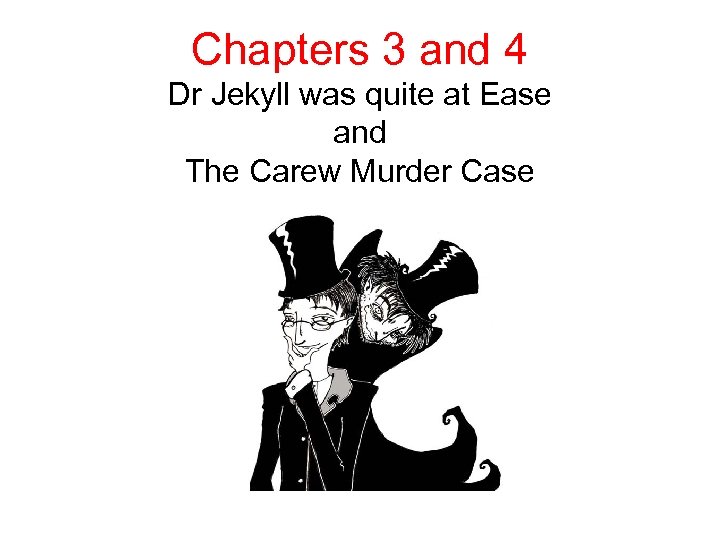 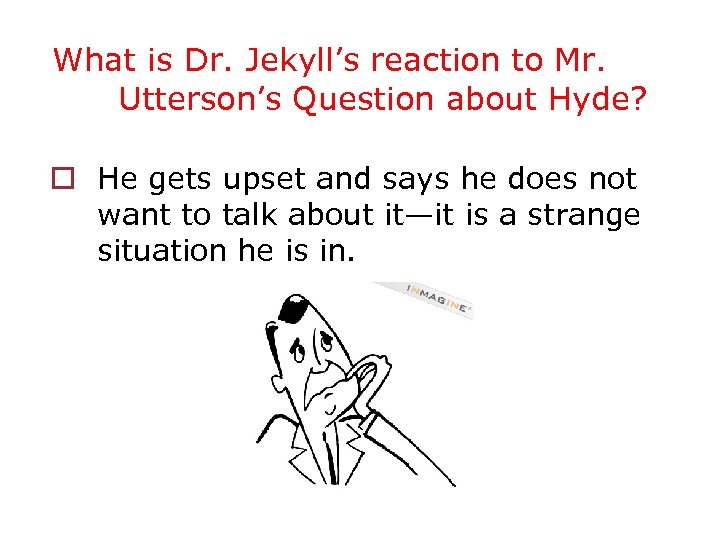 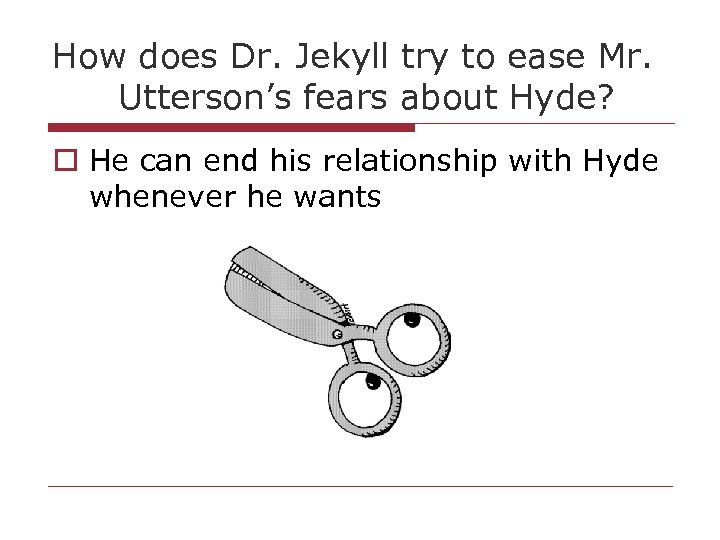 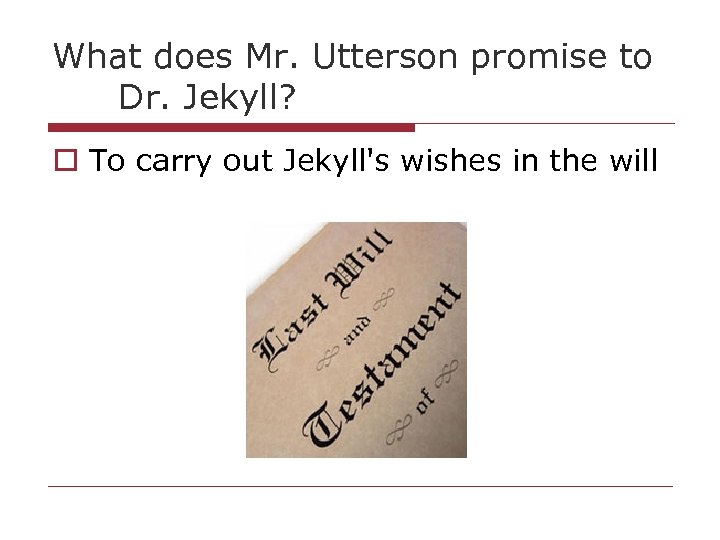 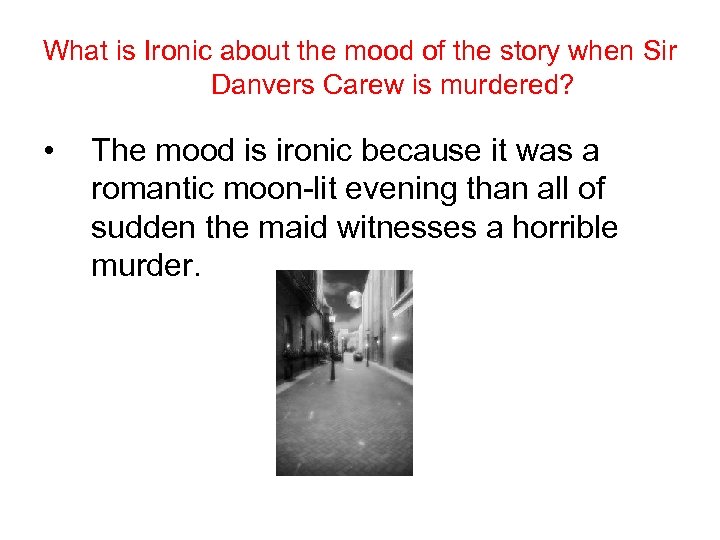 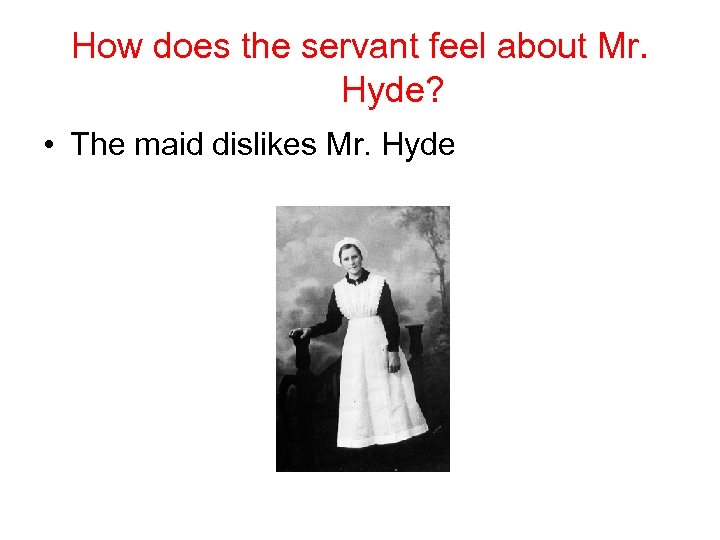 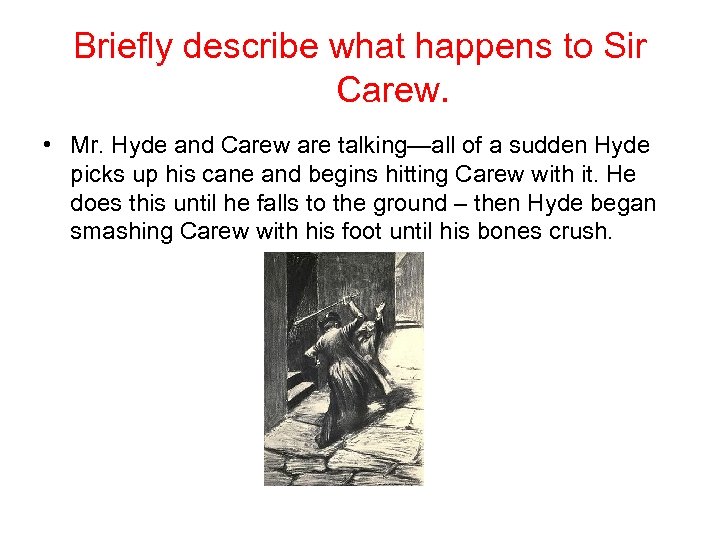 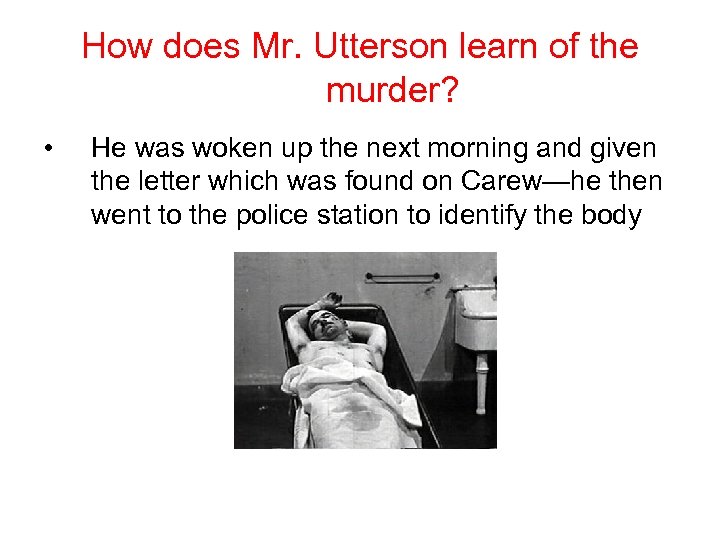 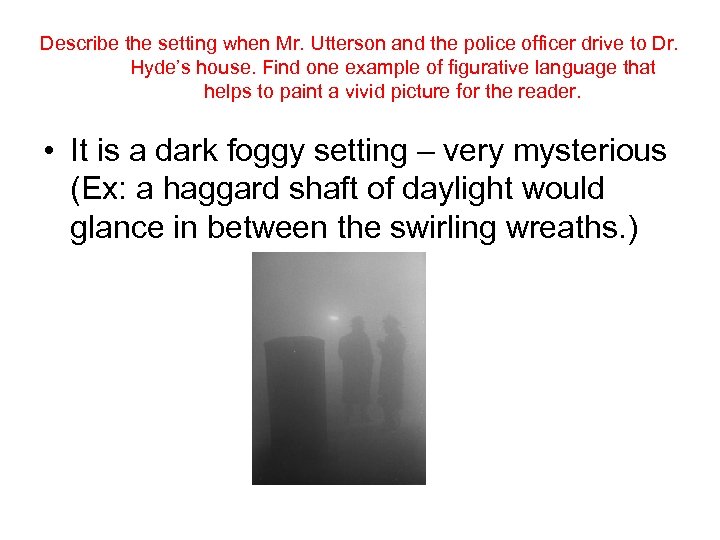 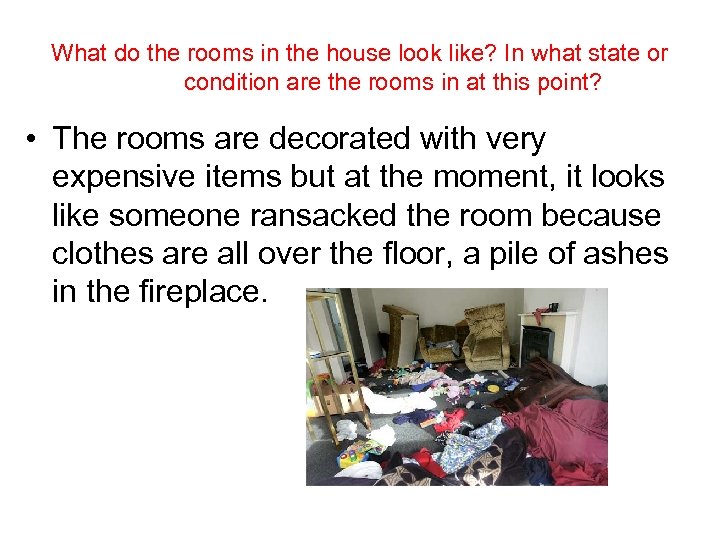 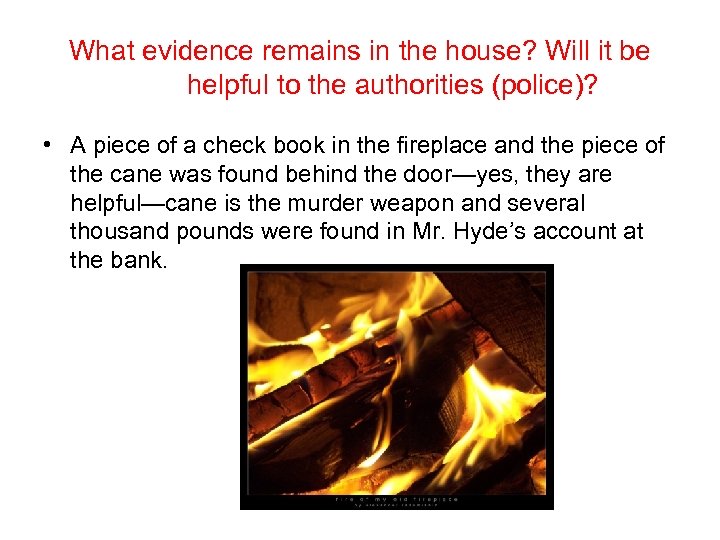 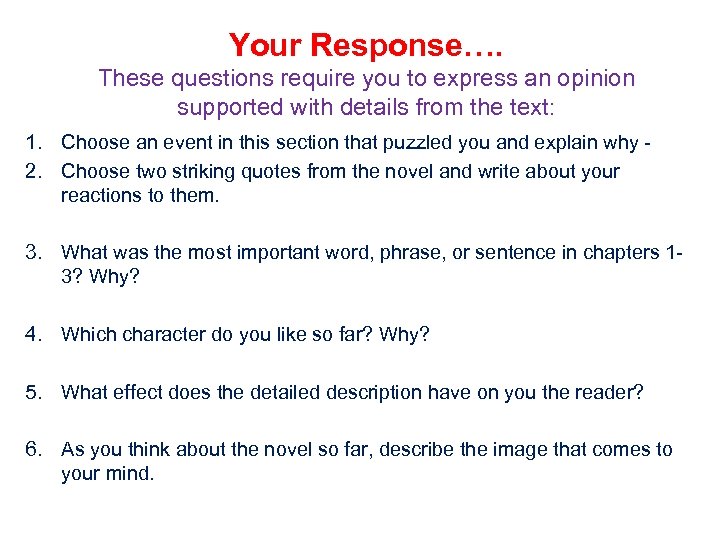 Скачать презентацию Chapters 3 and 4 Dr Jekyll was quite

What is Dr. Jekyll’s reaction to Mr. Utterson’s Question about Hyde? o He gets upset and says he does not want to talk about it—it is a strange situation he is in.

How does Dr. Jekyll try to ease Mr. Utterson’s fears about Hyde? o He can end his relationship with Hyde whenever he wants

What does Mr. Utterson promise to Dr. Jekyll? o To carry out Jekyll's wishes in the will

What is Ironic about the mood of the story when Sir Danvers Carew is murdered? • The mood is ironic because it was a romantic moon-lit evening than all of sudden the maid witnesses a horrible murder.

How does the servant feel about Mr. Hyde? • The maid dislikes Mr. Hyde

Briefly describe what happens to Sir Carew. • Mr. Hyde and Carew are talking—all of a sudden Hyde picks up his cane and begins hitting Carew with it. He does this until he falls to the ground – then Hyde began smashing Carew with his foot until his bones crush.

How does Mr. Utterson learn of the murder? • He was woken up the next morning and given the letter which was found on Carew—he then went to the police station to identify the body

Describe the setting when Mr. Utterson and the police officer drive to Dr. Hyde’s house. Find one example of figurative language that helps to paint a vivid picture for the reader. • It is a dark foggy setting – very mysterious (Ex: a haggard shaft of daylight would glance in between the swirling wreaths. )

What do the rooms in the house look like? In what state or condition are the rooms in at this point? • The rooms are decorated with very expensive items but at the moment, it looks like someone ransacked the room because clothes are all over the floor, a pile of ashes in the fireplace.

What evidence remains in the house? Will it be helpful to the authorities (police)? • A piece of a check book in the fireplace and the piece of the cane was found behind the door—yes, they are helpful—cane is the murder weapon and several thousand pounds were found in Mr. Hyde’s account at the bank.

Your Response…. These questions require you to express an opinion supported with details from the text: 1. Choose an event in this section that puzzled you and explain why 2. Choose two striking quotes from the novel and write about your reactions to them. 3. What was the most important word, phrase, or sentence in chapters 13? Why? 4. Which character do you like so far? Why? 5. What effect does the detailed description have on you the reader? 6. As you think about the novel so far, describe the image that comes to your mind.