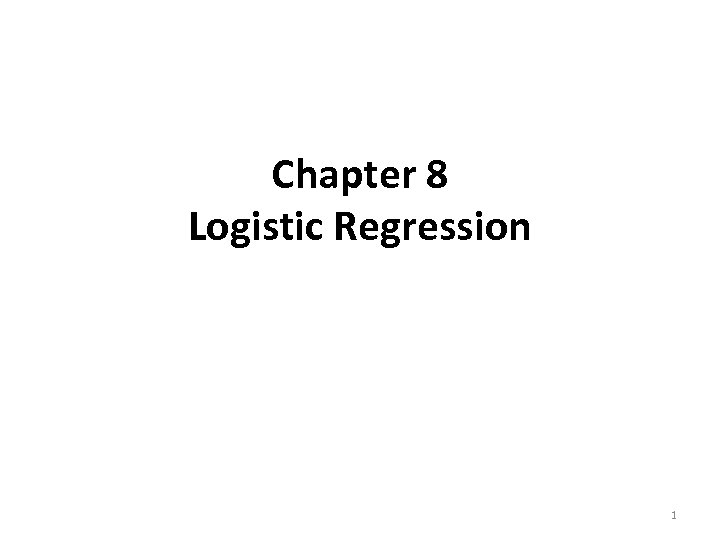 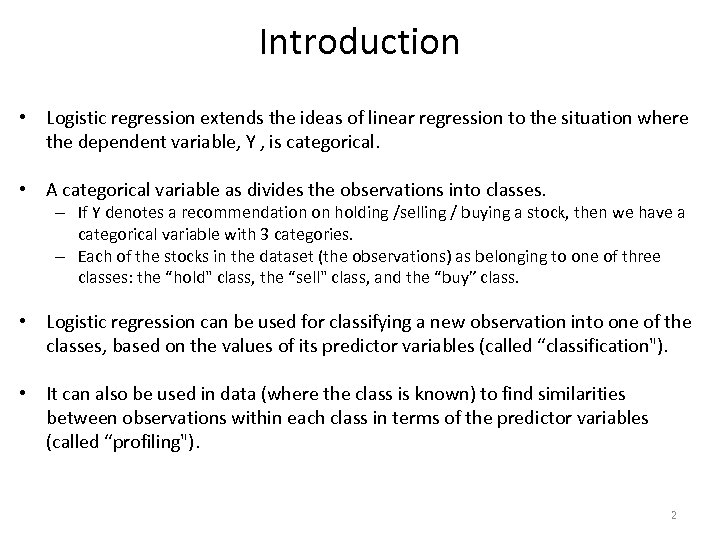 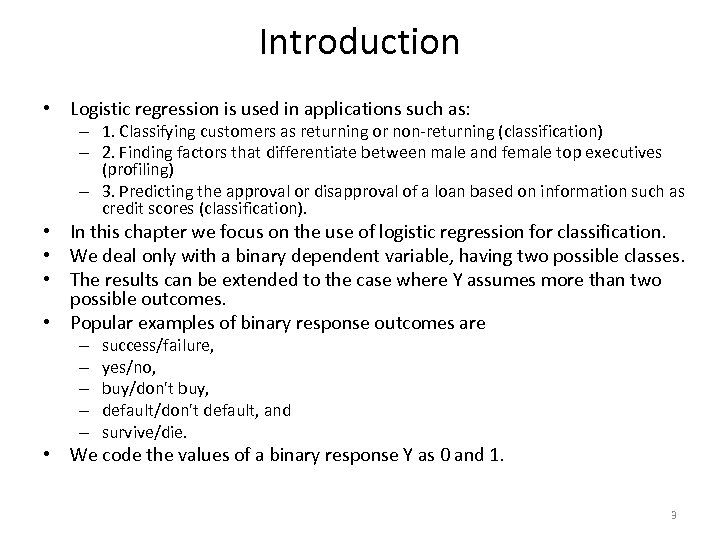 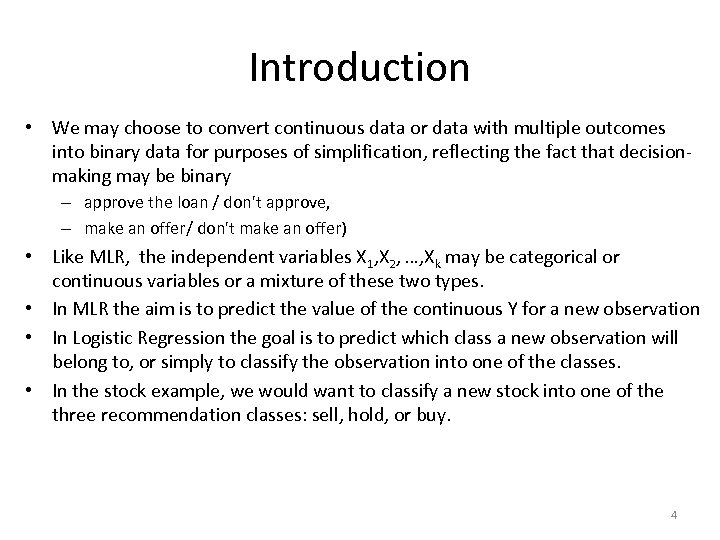 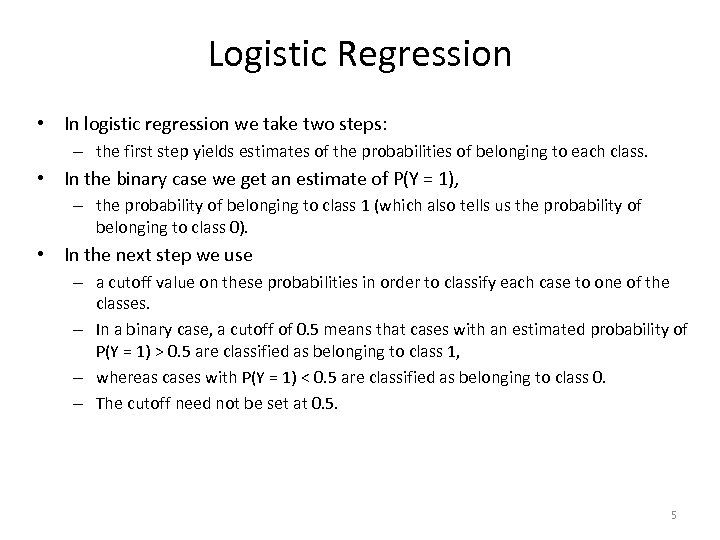 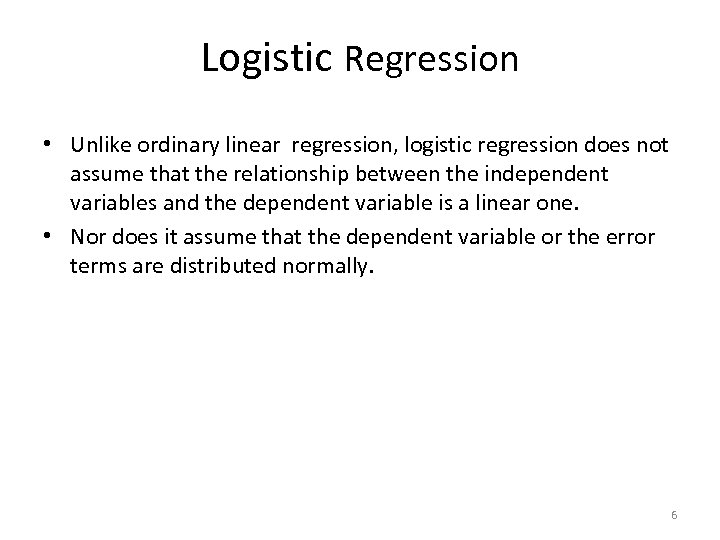 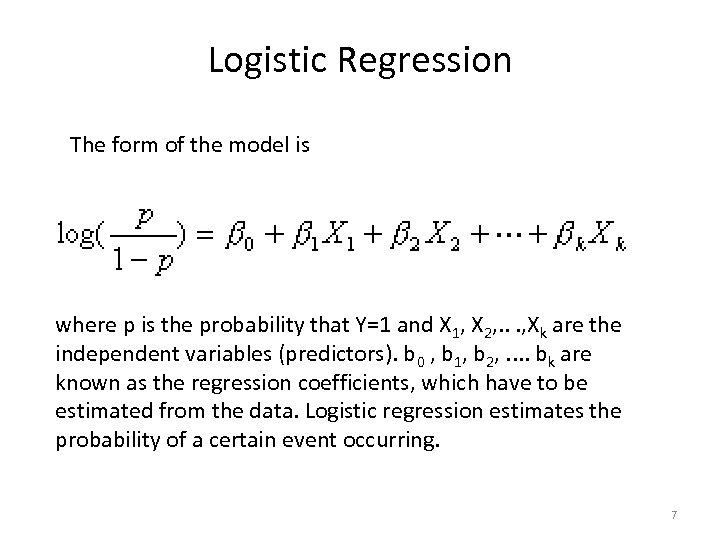 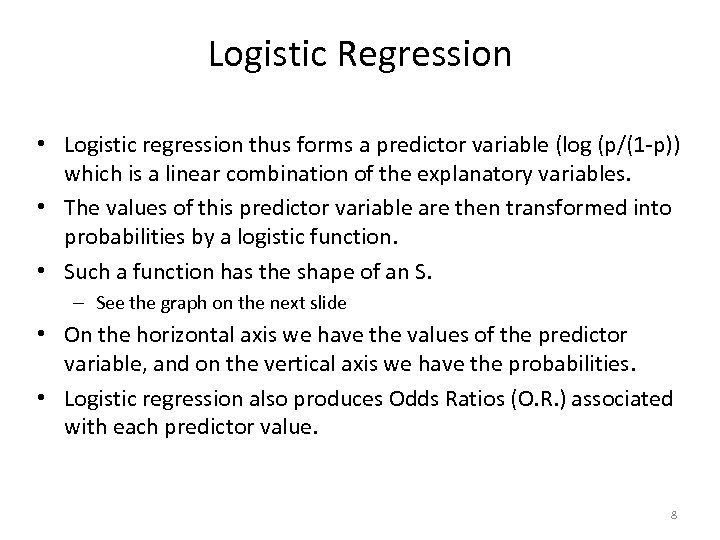 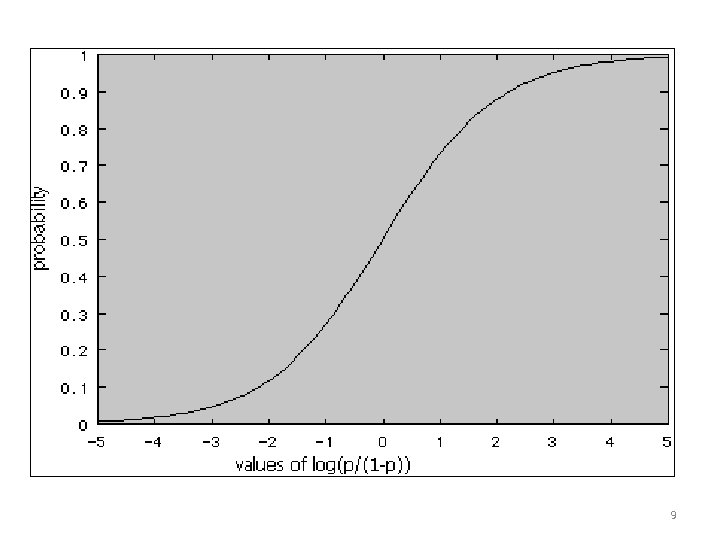 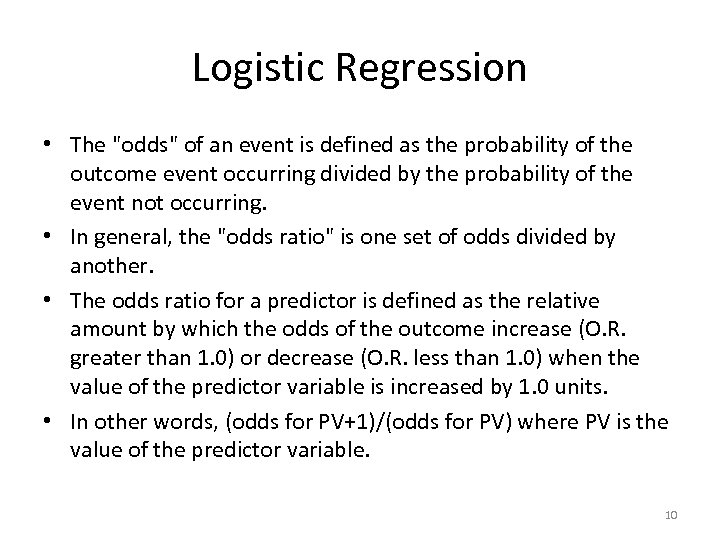 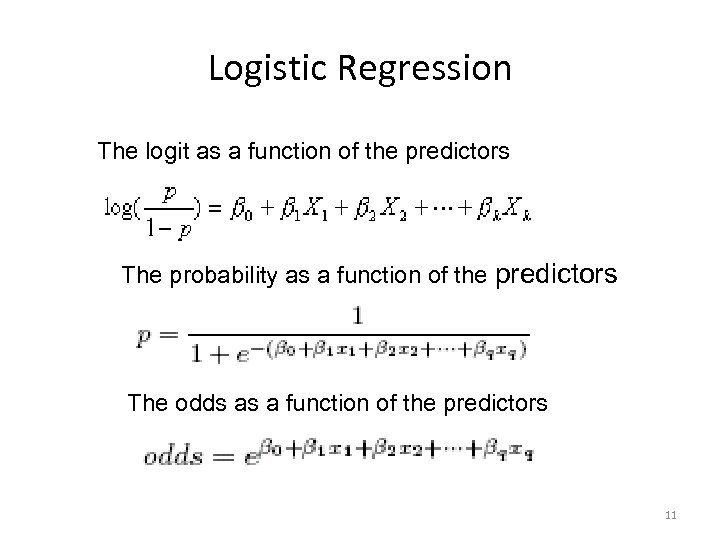 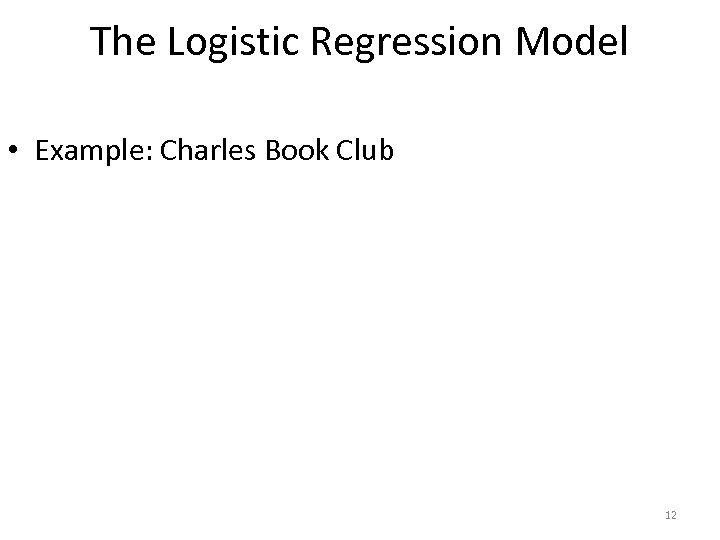 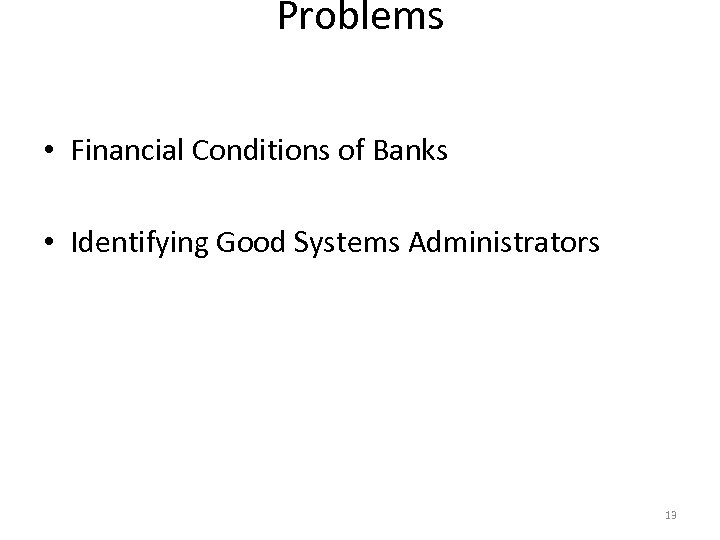 Introduction • Logistic regression extends the ideas of linear regression to the situation where the dependent variable, Y , is categorical. • A categorical variable as divides the observations into classes. – If Y denotes a recommendation on holding /selling / buying a stock, then we have a categorical variable with 3 categories. – Each of the stocks in the dataset (the observations) as belonging to one of three classes: the “hold" class, the “sell" class, and the “buy” class. • Logistic regression can be used for classifying a new observation into one of the classes, based on the values of its predictor variables (called “classification"). • It can also be used in data (where the class is known) to find similarities between observations within each class in terms of the predictor variables (called “profiling"). 2

Introduction • Logistic regression is used in applications such as: – 1. Classifying customers as returning or non-returning (classification) – 2. Finding factors that differentiate between male and female top executives (profiling) – 3. Predicting the approval or disapproval of a loan based on information such as credit scores (classification). • In this chapter we focus on the use of logistic regression for classification. • We deal only with a binary dependent variable, having two possible classes. • The results can be extended to the case where Y assumes more than two possible outcomes. • Popular examples of binary response outcomes are – – – success/failure, yes/no, buy/don't buy, default/don't default, and survive/die. • We code the values of a binary response Y as 0 and 1. 3

Introduction • We may choose to convert continuous data or data with multiple outcomes into binary data for purposes of simplification, reflecting the fact that decisionmaking may be binary – approve the loan / don't approve, – make an offer/ don't make an offer) • Like MLR, the independent variables X 1, X 2, …, Xk may be categorical or continuous variables or a mixture of these two types. • In MLR the aim is to predict the value of the continuous Y for a new observation • In Logistic Regression the goal is to predict which class a new observation will belong to, or simply to classify the observation into one of the classes. • In the stock example, we would want to classify a new stock into one of the three recommendation classes: sell, hold, or buy. 4

Logistic Regression The form of the model is where p is the probability that Y=1 and X 1, X 2, . . . , Xk are the independent variables (predictors). b 0 , b 1, b 2, . . bk are known as the regression coefficients, which have to be estimated from the data. Logistic regression estimates the probability of a certain event occurring. 7

Logistic Regression • The "odds" of an event is defined as the probability of the outcome event occurring divided by the probability of the event not occurring. • In general, the "odds ratio" is one set of odds divided by another. • The odds ratio for a predictor is defined as the relative amount by which the odds of the outcome increase (O. R. greater than 1. 0) or decrease (O. R. less than 1. 0) when the value of the predictor variable is increased by 1. 0 units. • In other words, (odds for PV+1)/(odds for PV) where PV is the value of the predictor variable. 10

This is an example plot of linear function: