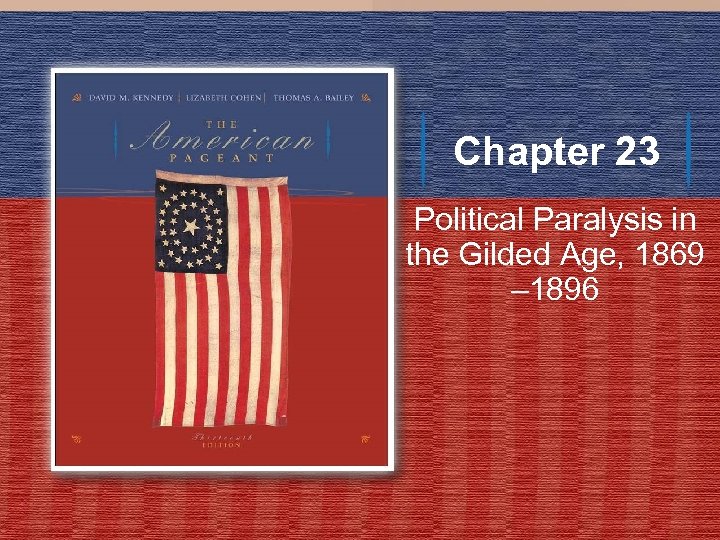 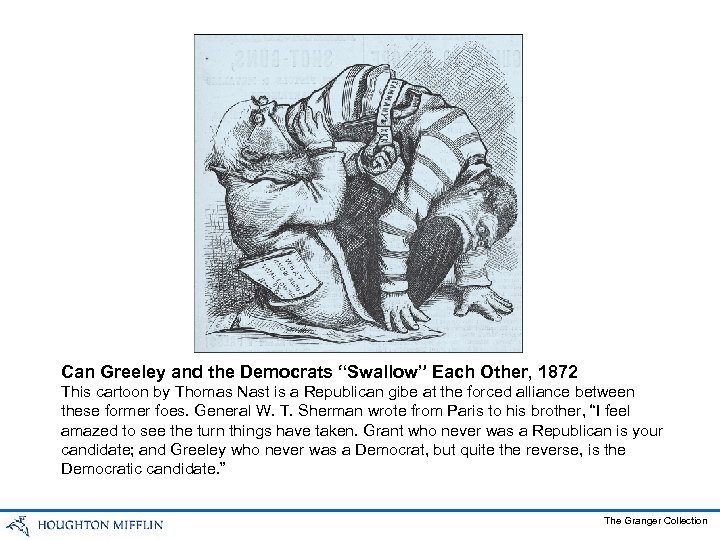 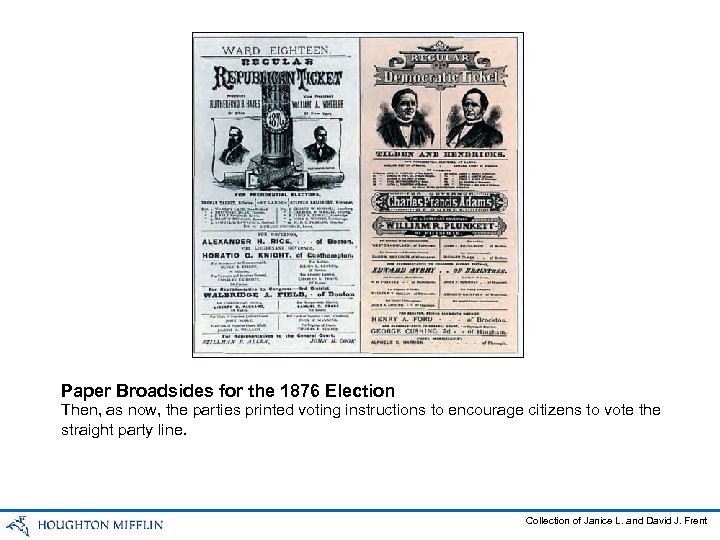 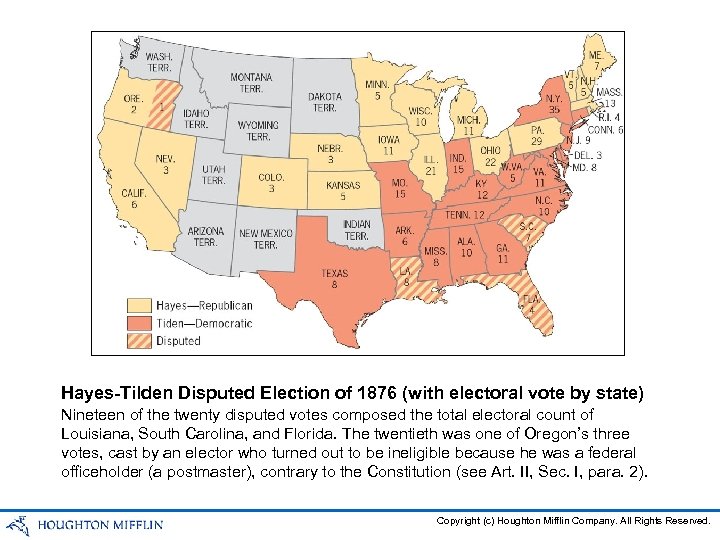 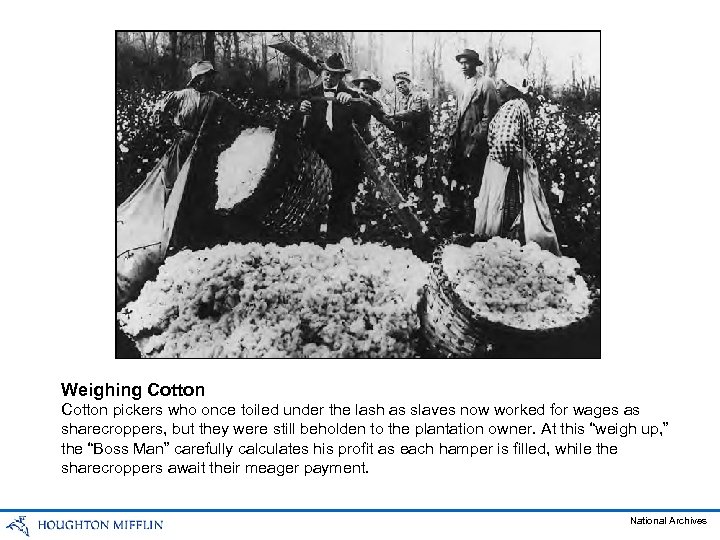 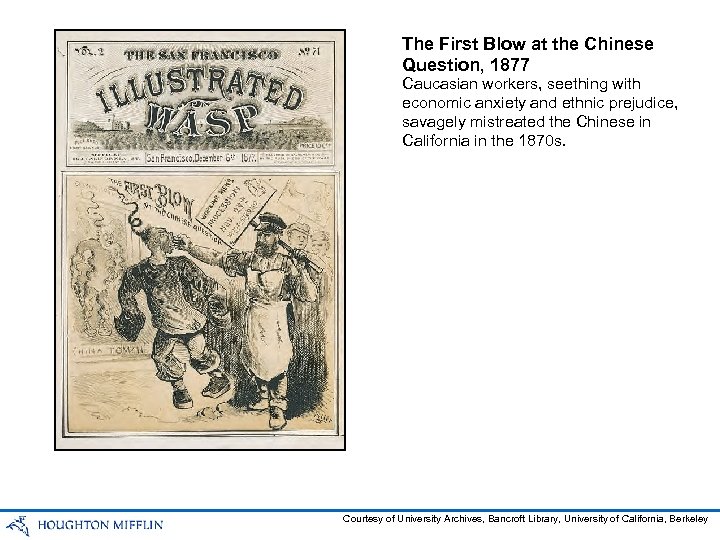 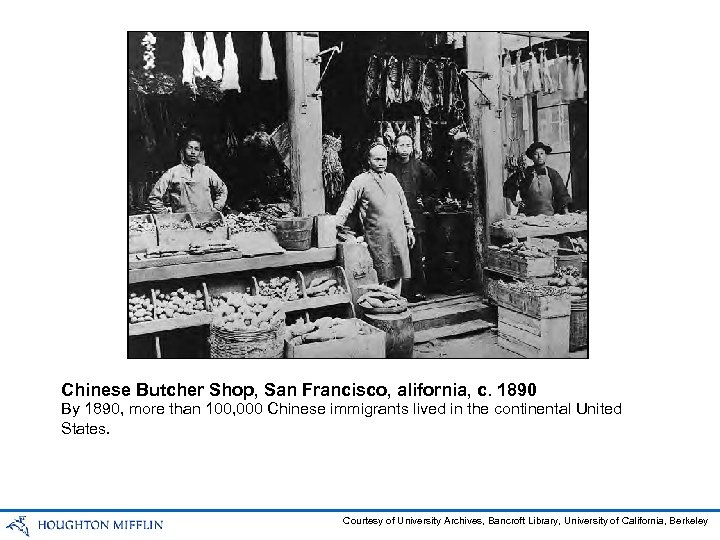 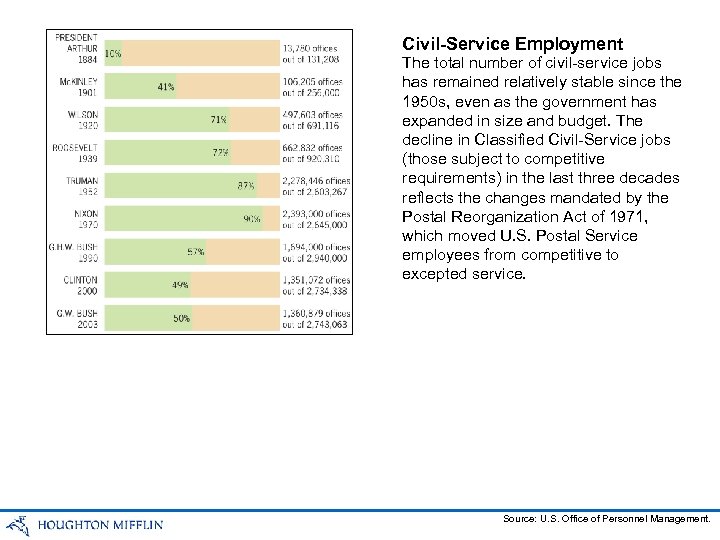 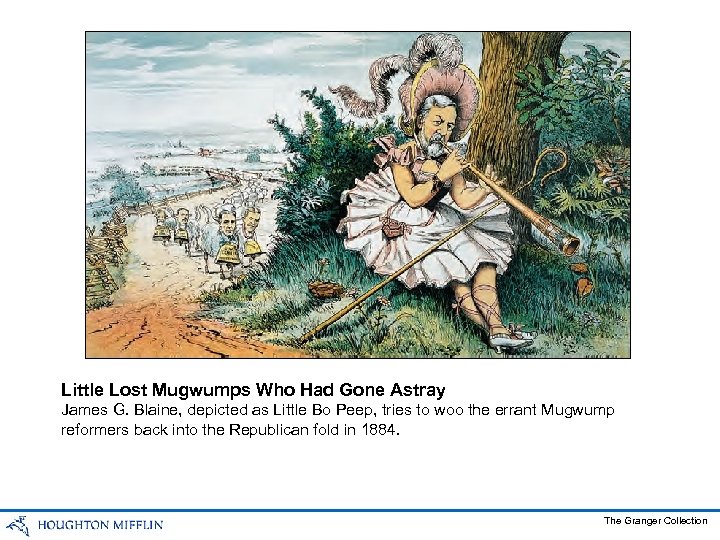 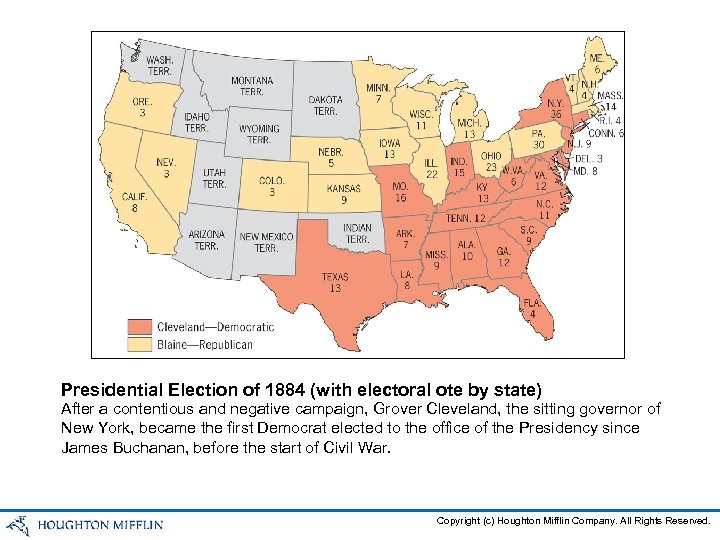 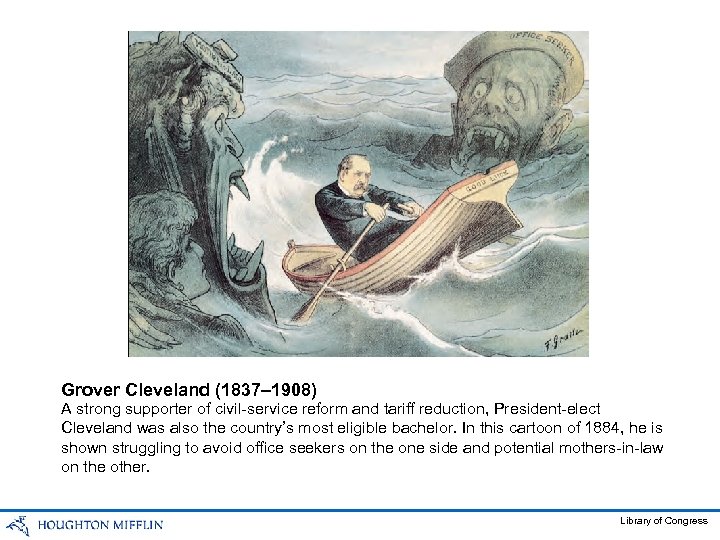 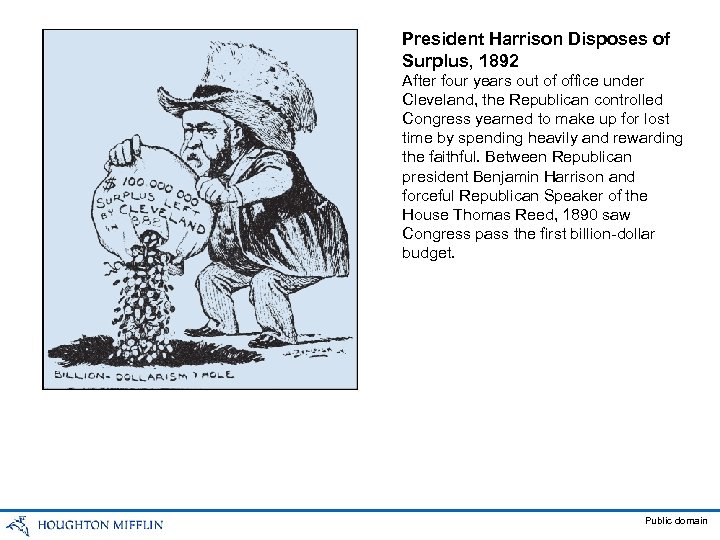 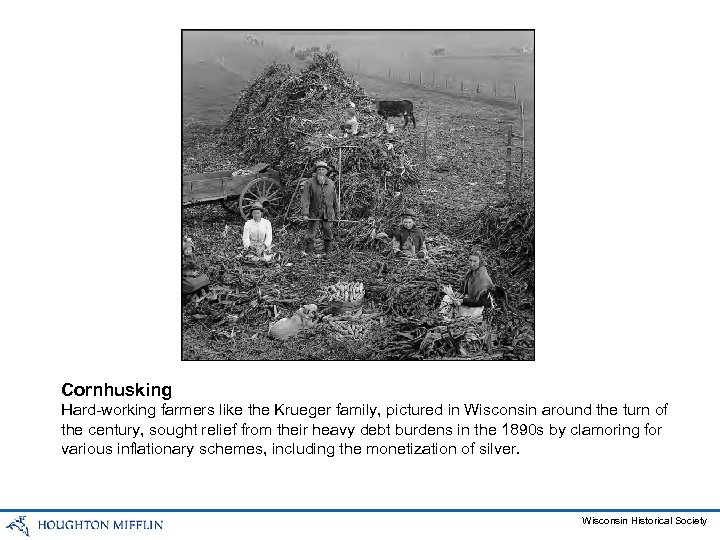 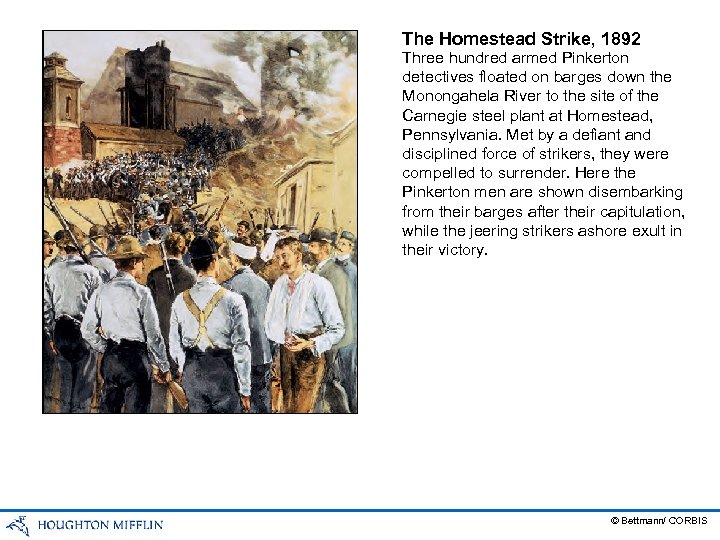 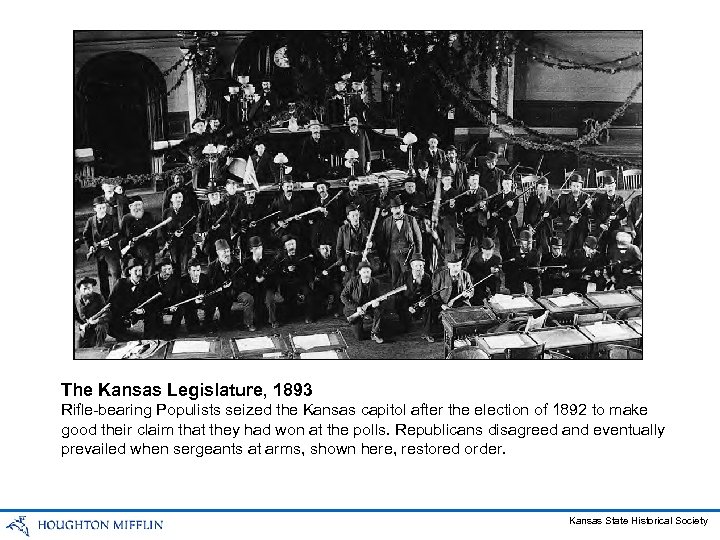 Can Greeley and the Democrats “Swallow” Each Other, 1872 This cartoon by Thomas Nast is a Republican gibe at the forced alliance between these former foes. General W. T. Sherman wrote from Paris to his brother, “I feel amazed to see the turn things have taken. Grant who never was a Republican is your candidate; and Greeley who never was a Democrat, but quite the reverse, is the Democratic candidate. ” The Granger Collection

Paper Broadsides for the 1876 Election Then, as now, the parties printed voting instructions to encourage citizens to vote the straight party line. Collection of Janice L. and David J. Frent

Hayes-Tilden Disputed Election of 1876 (with electoral vote by state) Nineteen of the twenty disputed votes composed the total electoral count of Louisiana, South Carolina, and Florida. The twentieth was one of Oregon’s three votes, cast by an elector who turned out to be ineligible because he was a federal officeholder (a postmaster), contrary to the Constitution (see Art. II, Sec. I, para. 2). Copyright (c) Houghton Mifflin Company. All Rights Reserved.

Weighing Cotton pickers who once toiled under the lash as slaves now worked for wages as sharecroppers, but they were still beholden to the plantation owner. At this “weigh up, ” the “Boss Man” carefully calculates his profit as each hamper is filled, while the sharecroppers await their meager payment. National Archives

The First Blow at the Chinese Question, 1877 Caucasian workers, seething with economic anxiety and ethnic prejudice, savagely mistreated the Chinese in California in the 1870 s. Courtesy of University Archives, Bancroft Library, University of California, Berkeley

Civil-Service Employment The total number of civil-service jobs has remained relatively stable since the 1950 s, even as the government has expanded in size and budget. The decline in Classified Civil-Service jobs (those subject to competitive requirements) in the last three decades reflects the changes mandated by the Postal Reorganization Act of 1971, which moved U. S. Postal Service employees from competitive to excepted service. Source: U. S. Office of Personnel Management.

Little Lost Mugwumps Who Had Gone Astray James G. Blaine, depicted as Little Bo Peep, tries to woo the errant Mugwump reformers back into the Republican fold in 1884. The Granger Collection

Presidential Election of 1884 (with electoral ote by state) After a contentious and negative campaign, Grover Cleveland, the sitting governor of New York, became the first Democrat elected to the office of the Presidency since James Buchanan, before the start of Civil War. Copyright (c) Houghton Mifflin Company. All Rights Reserved.

Grover Cleveland (1837– 1908) A strong supporter of civil-service reform and tariff reduction, President-elect Cleveland was also the country’s most eligible bachelor. In this cartoon of 1884, he is shown struggling to avoid office seekers on the one side and potential mothers-in-law on the other. Library of Congress

President Harrison Disposes of Surplus, 1892 After four years out of office under Cleveland, the Republican controlled Congress yearned to make up for lost time by spending heavily and rewarding the faithful. Between Republican president Benjamin Harrison and forceful Republican Speaker of the House Thomas Reed, 1890 saw Congress pass the first billion-dollar budget. Public domain

Cornhusking Hard-working farmers like the Krueger family, pictured in Wisconsin around the turn of the century, sought relief from their heavy debt burdens in the 1890 s by clamoring for various inflationary schemes, including the monetization of silver. Wisconsin Historical Society

The Homestead Strike, 1892 Three hundred armed Pinkerton detectives floated on barges down the Monongahela River to the site of the Carnegie steel plant at Homestead, Pennsylvania. Met by a defiant and disciplined force of strikers, they were compelled to surrender. Here the Pinkerton men are shown disembarking from their barges after their capitulation, while the jeering strikers ashore exult in their victory. © Bettmann/ CORBIS

The Kansas Legislature, 1893 Rifle-bearing Populists seized the Kansas capitol after the election of 1892 to make good their claim that they had won at the polls. Republicans disagreed and eventually prevailed when sergeants at arms, shown here, restored order. Kansas State Historical Society