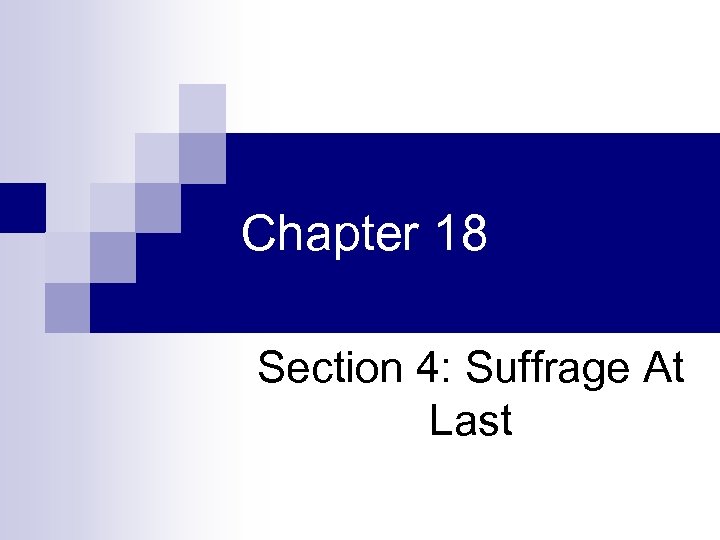 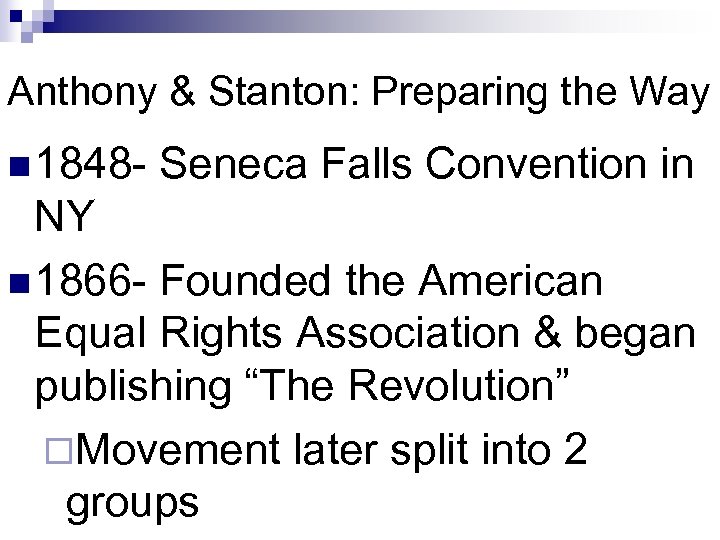 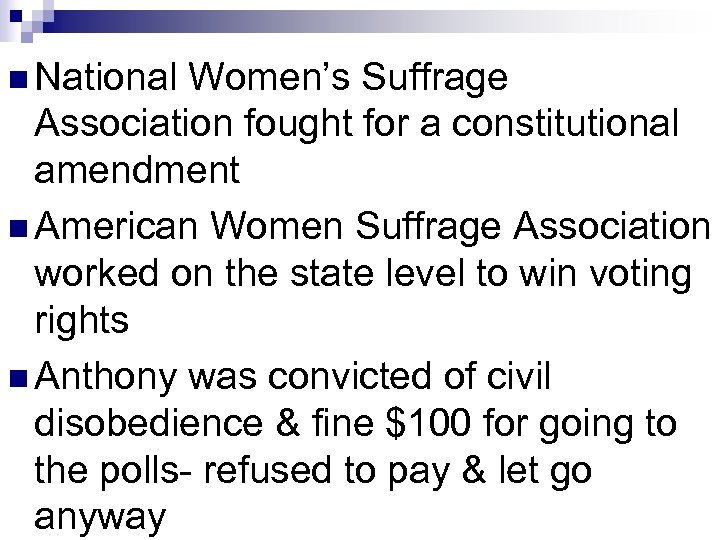 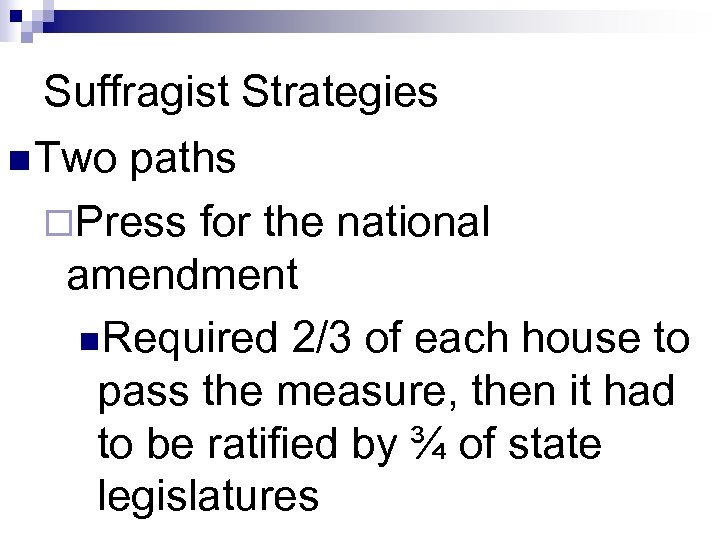 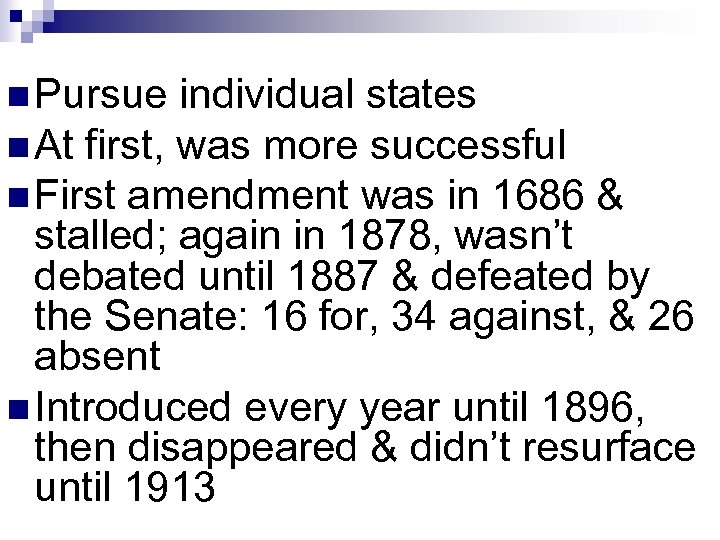 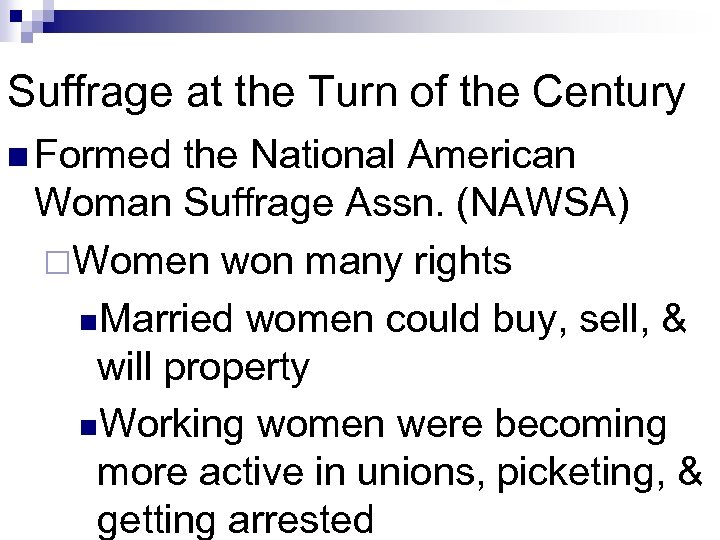 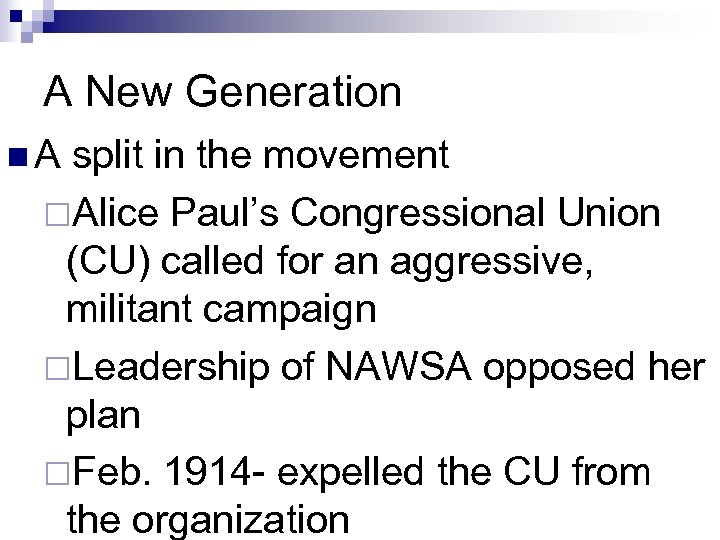 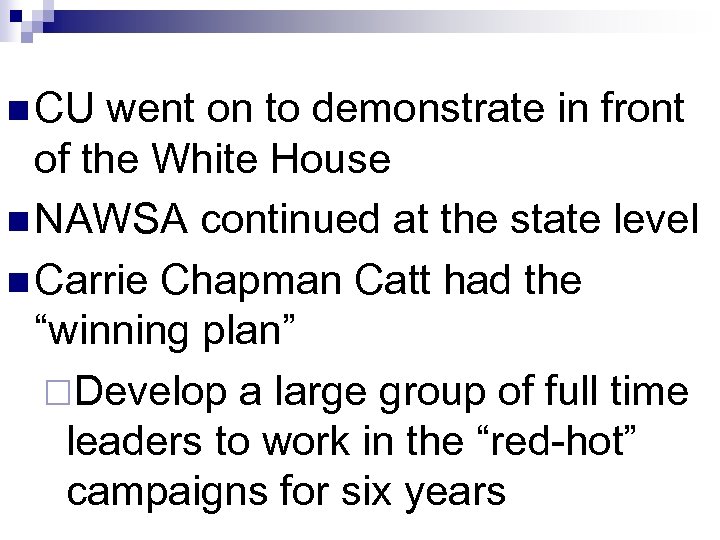 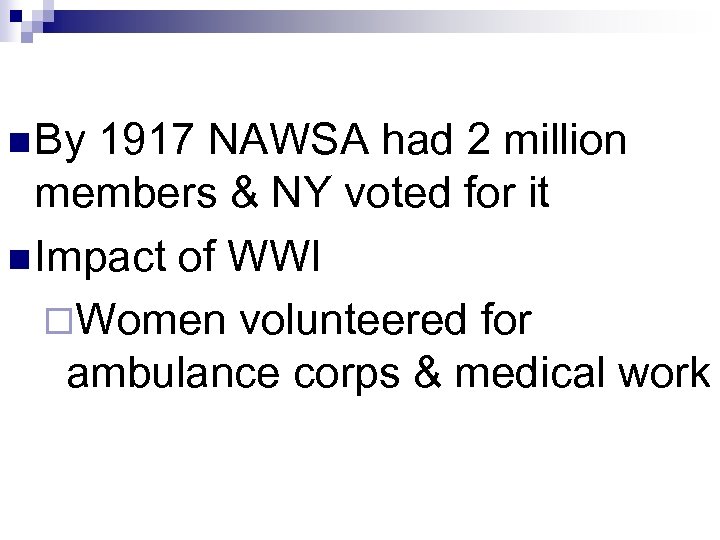 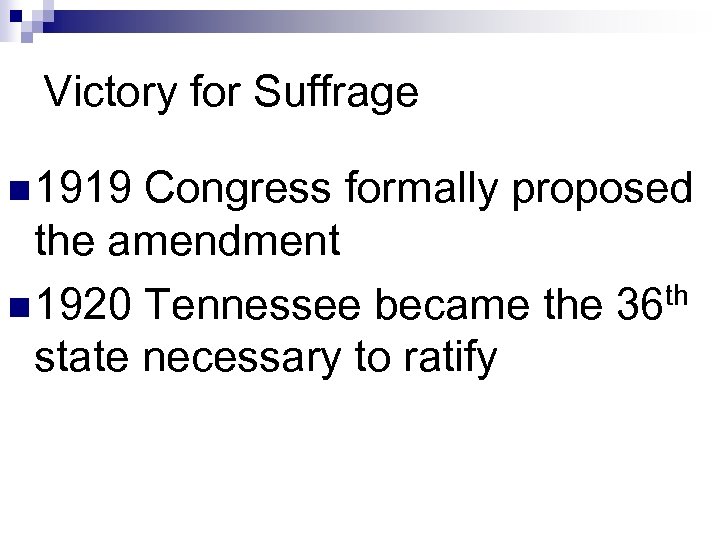 Suffragist Strategies n Two paths ¨Press for the national amendment n. Required 2/3 of each house to pass the measure, then it had to be ratified by ¾ of state legislatures

A New Generation n. A split in the movement ¨Alice Paul’s Congressional Union (CU) called for an aggressive, militant campaign ¨Leadership of NAWSA opposed her plan ¨Feb. 1914 - expelled the CU from the organization