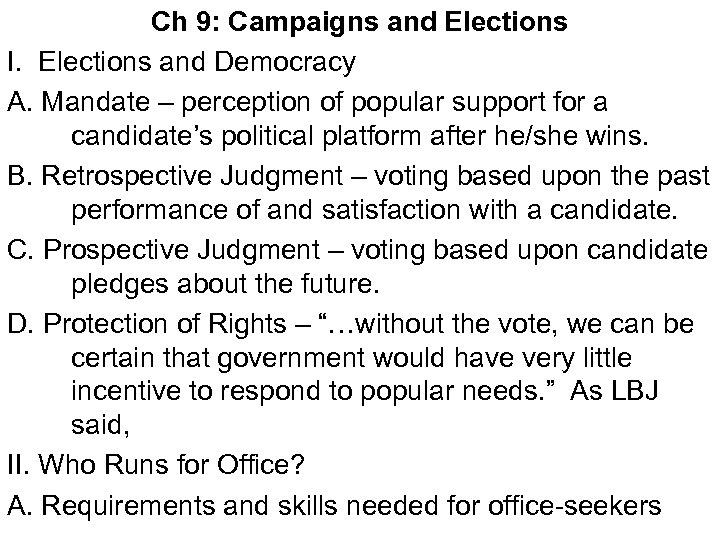 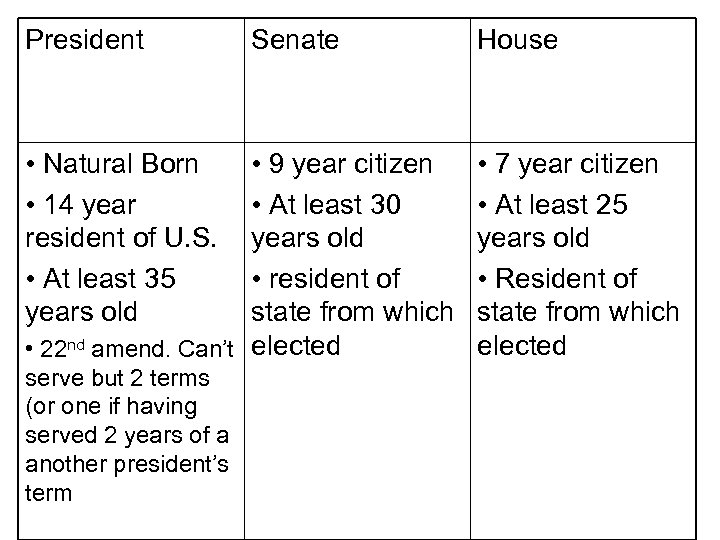 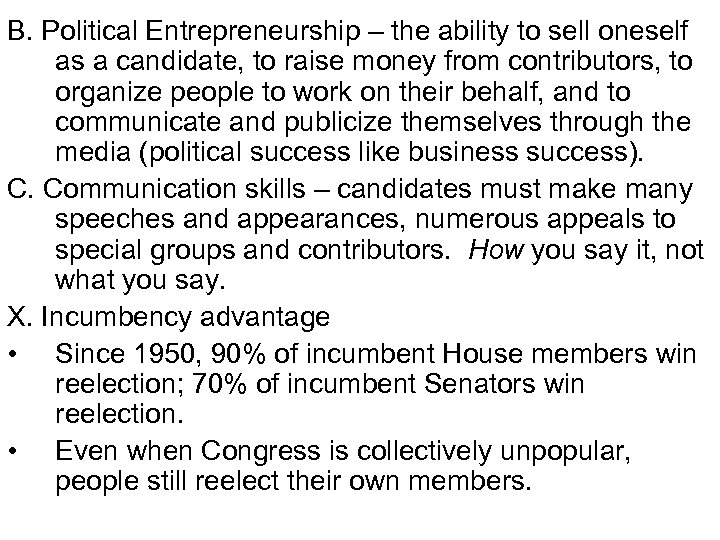 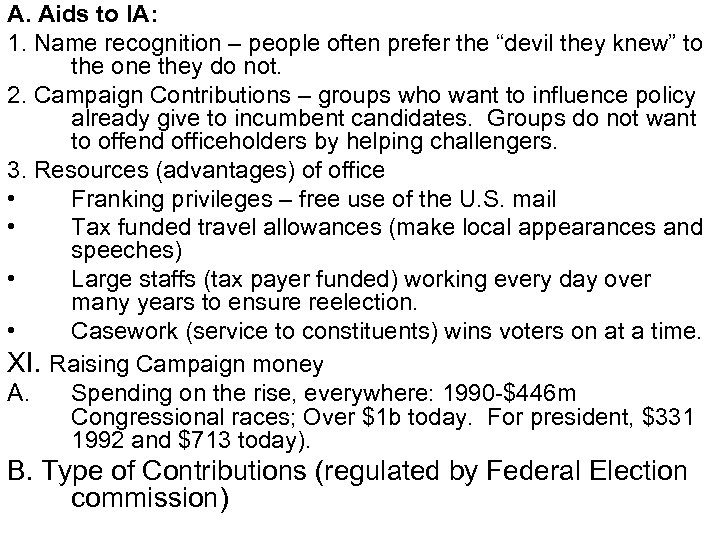 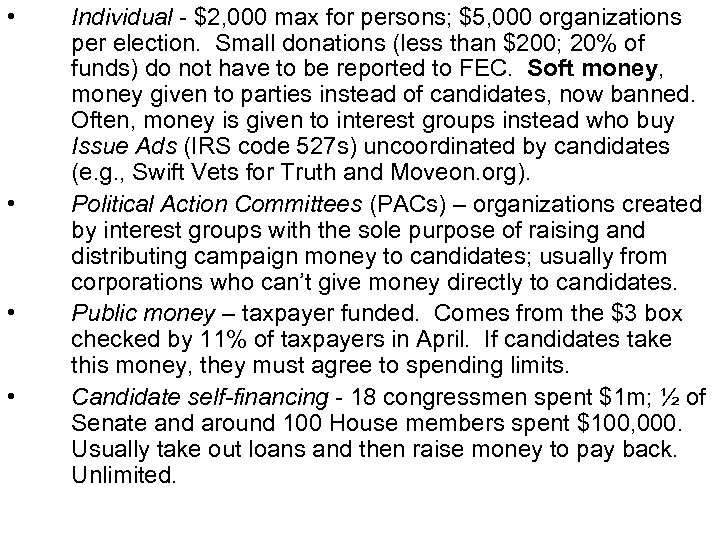 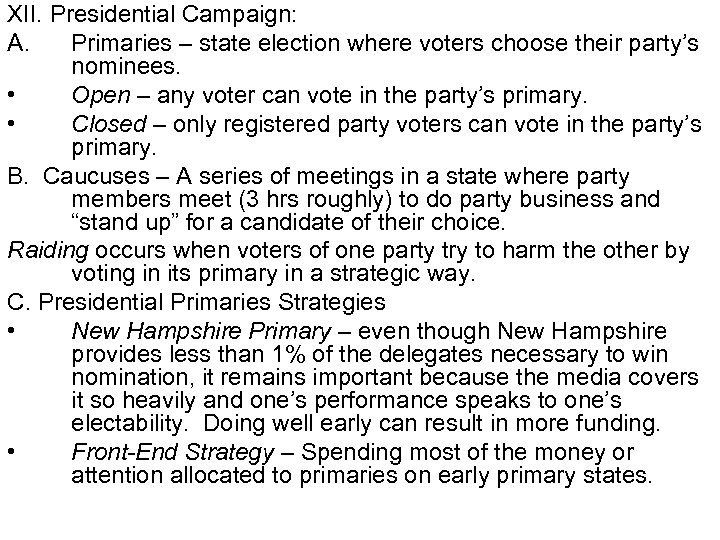 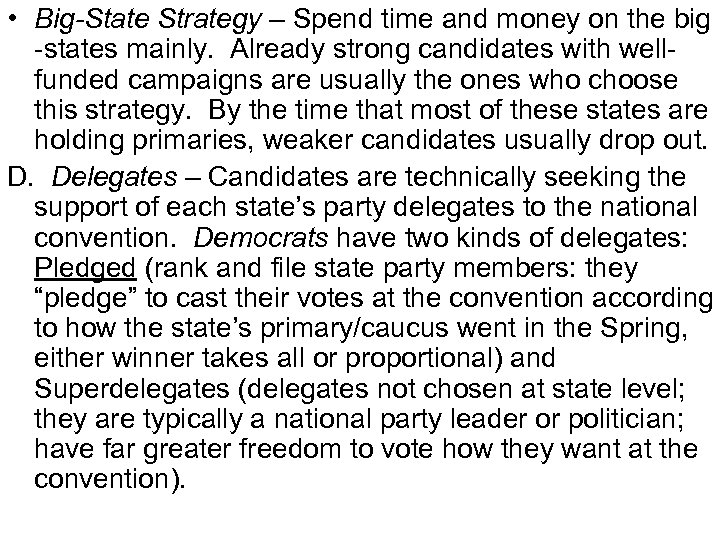 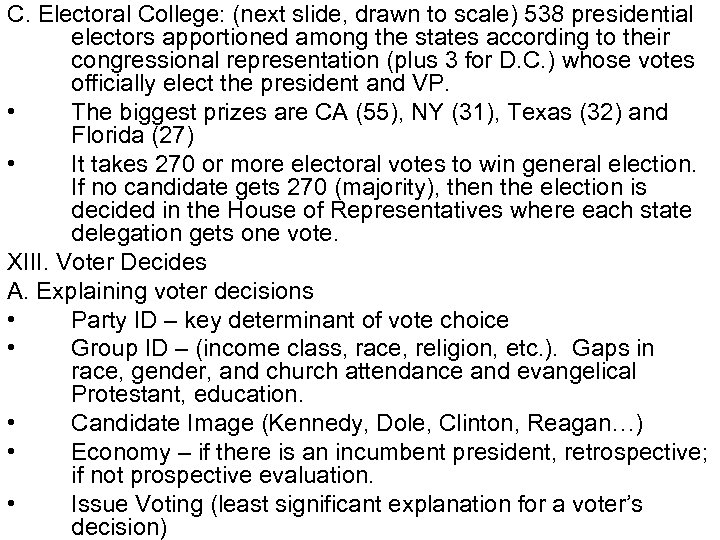 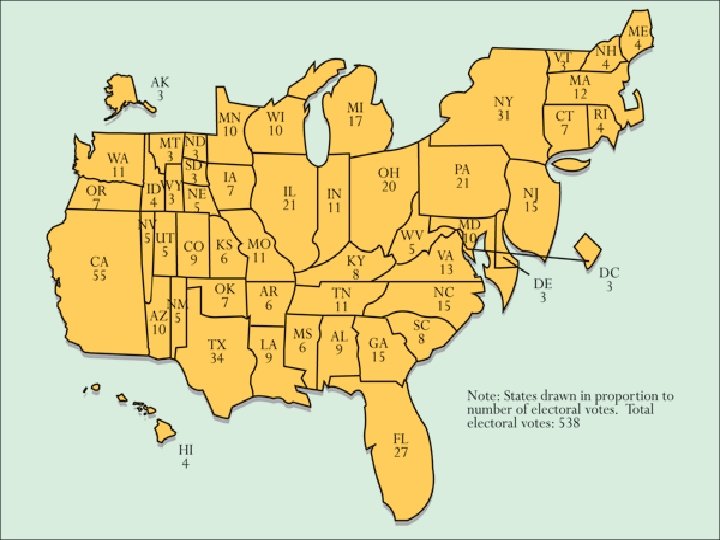 Скачать презентацию Ch 9 Campaigns and Elections I Elections and

Ch 9: Campaigns and Elections I. Elections and Democracy A. Mandate – perception of popular support for a candidate’s political platform after he/she wins. B. Retrospective Judgment – voting based upon the past performance of and satisfaction with a candidate. C. Prospective Judgment – voting based upon candidate pledges about the future. D. Protection of Rights – “…without the vote, we can be certain that government would have very little incentive to respond to popular needs. ” As LBJ said, II. Who Runs for Office? A. Requirements and skills needed for office-seekers

B. Political Entrepreneurship – the ability to sell oneself as a candidate, to raise money from contributors, to organize people to work on their behalf, and to communicate and publicize themselves through the media (political success like business success). C. Communication skills – candidates must make many speeches and appearances, numerous appeals to special groups and contributors. How you say it, not what you say. X. Incumbency advantage • Since 1950, 90% of incumbent House members win reelection; 70% of incumbent Senators win reelection. • Even when Congress is collectively unpopular, people still reelect their own members.

A. Aids to IA: 1. Name recognition – people often prefer the “devil they knew” to the one they do not. 2. Campaign Contributions – groups who want to influence policy already give to incumbent candidates. Groups do not want to offend officeholders by helping challengers. 3. Resources (advantages) of office • Franking privileges – free use of the U. S. mail • Tax funded travel allowances (make local appearances and speeches) • Large staffs (tax payer funded) working every day over many years to ensure reelection. • Casework (service to constituents) wins voters on at a time. XI. Raising Campaign money A. Spending on the rise, everywhere: 1990 -$446 m Congressional races; Over $1 b today. For president, $331 1992 and $713 today). B. Type of Contributions (regulated by Federal Election commission)

• • Individual - $2, 000 max for persons; $5, 000 organizations per election. Small donations (less than $200; 20% of funds) do not have to be reported to FEC. Soft money, money given to parties instead of candidates, now banned. Often, money is given to interest groups instead who buy Issue Ads (IRS code 527 s) uncoordinated by candidates (e. g. , Swift Vets for Truth and Moveon. org). Political Action Committees (PACs) – organizations created by interest groups with the sole purpose of raising and distributing campaign money to candidates; usually from corporations who can’t give money directly to candidates. Public money – taxpayer funded. Comes from the $3 box checked by 11% of taxpayers in April. If candidates take this money, they must agree to spending limits. Candidate self-financing - 18 congressmen spent $1 m; ½ of Senate and around 100 House members spent $100, 000. Usually take out loans and then raise money to pay back. Unlimited.

XII. Presidential Campaign: A. Primaries – state election where voters choose their party’s nominees. • Open – any voter can vote in the party’s primary. • Closed – only registered party voters can vote in the party’s primary. B. Caucuses – A series of meetings in a state where party members meet (3 hrs roughly) to do party business and “stand up” for a candidate of their choice. Raiding occurs when voters of one party try to harm the other by voting in its primary in a strategic way. C. Presidential Primaries Strategies • New Hampshire Primary – even though New Hampshire provides less than 1% of the delegates necessary to win nomination, it remains important because the media covers it so heavily and one’s performance speaks to one’s electability. Doing well early can result in more funding. • Front-End Strategy – Spending most of the money or attention allocated to primaries on early primary states.

• Big-State Strategy – Spend time and money on the big -states mainly. Already strong candidates with wellfunded campaigns are usually the ones who choose this strategy. By the time that most of these states are holding primaries, weaker candidates usually drop out. D. Delegates – Candidates are technically seeking the support of each state’s party delegates to the national convention. Democrats have two kinds of delegates: Pledged (rank and file state party members: they “pledge” to cast their votes at the convention according to how the state’s primary/caucus went in the Spring, either winner takes all or proportional) and Superdelegates (delegates not chosen at state level; they are typically a national party leader or politician; have far greater freedom to vote how they want at the convention).

C. Electoral College: (next slide, drawn to scale) 538 presidential electors apportioned among the states according to their congressional representation (plus 3 for D. C. ) whose votes officially elect the president and VP. • The biggest prizes are CA (55), NY (31), Texas (32) and Florida (27) • It takes 270 or more electoral votes to win general election. If no candidate gets 270 (majority), then the election is decided in the House of Representatives where each state delegation gets one vote. XIII. Voter Decides A. Explaining voter decisions • Party ID – key determinant of vote choice • Group ID – (income class, race, religion, etc. ). Gaps in race, gender, and church attendance and evangelical Protestant, education. • Candidate Image (Kennedy, Dole, Clinton, Reagan…) • Economy – if there is an incumbent president, retrospective; if not prospective evaluation. • Issue Voting (least significant explanation for a voter’s decision)