Ch 5 Subcultures and Consumer Behavior A 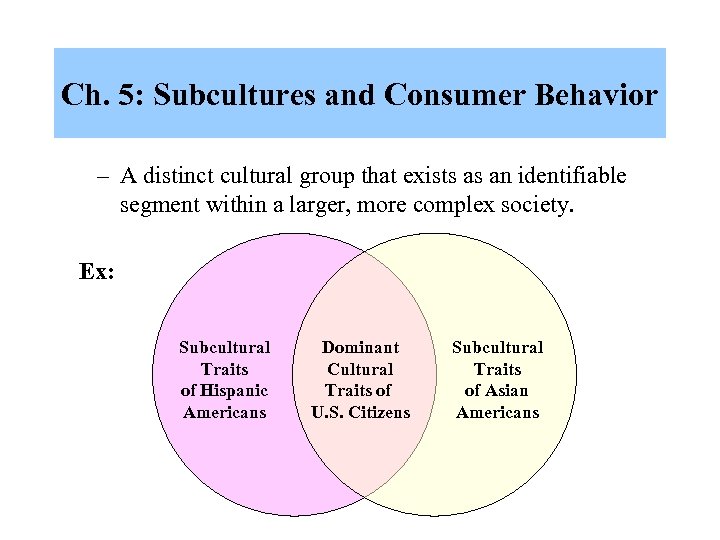 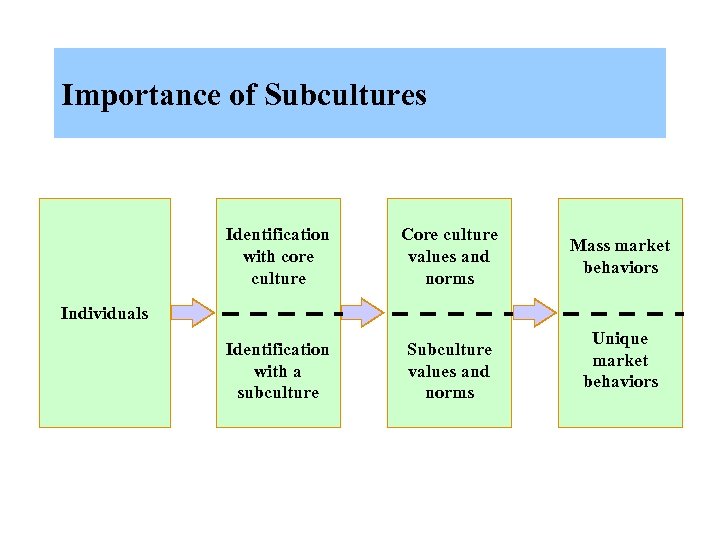 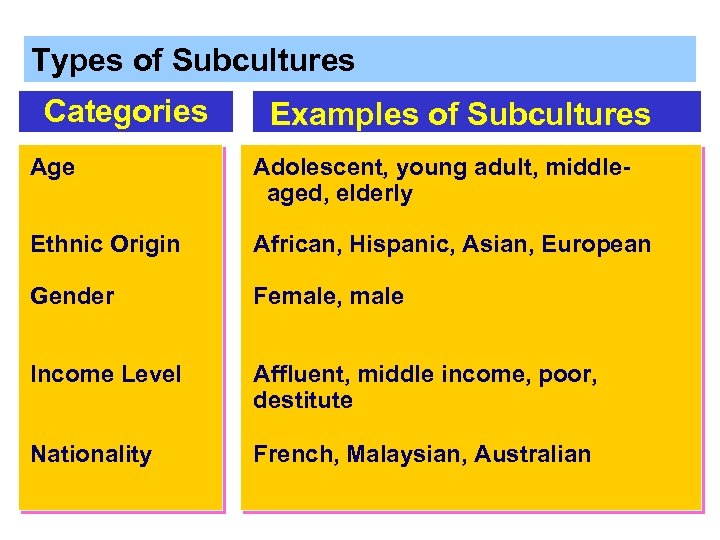 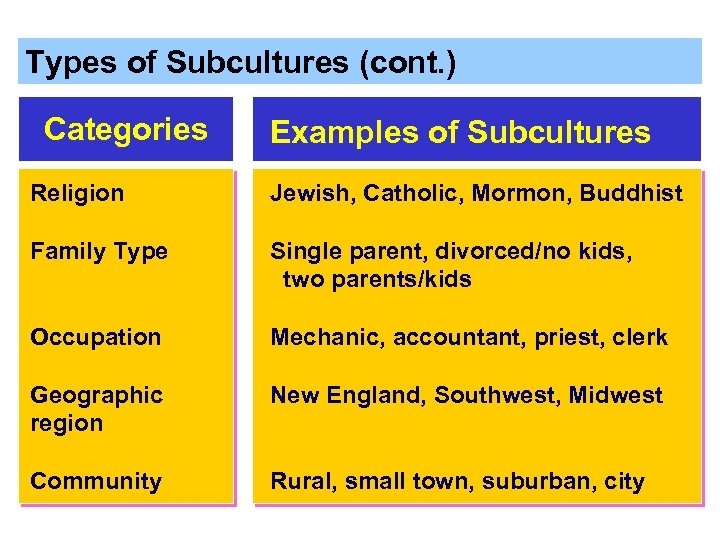 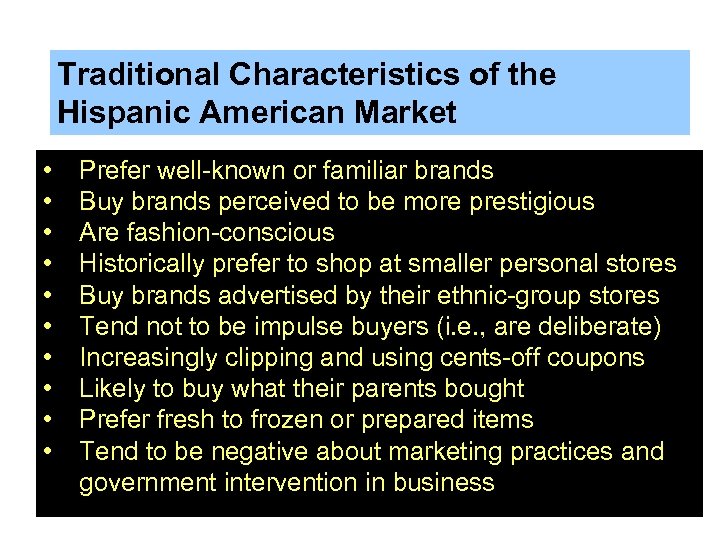 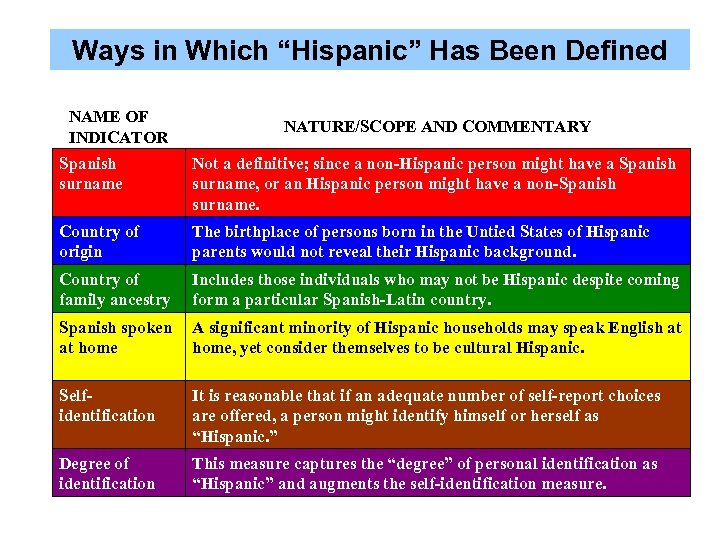 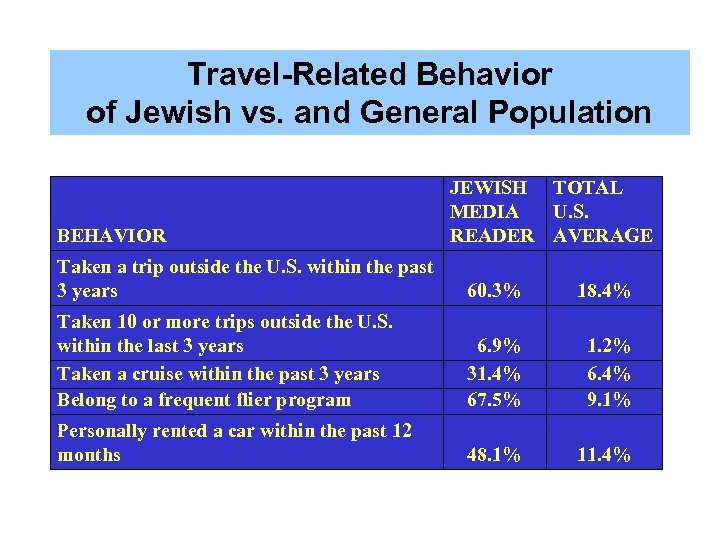 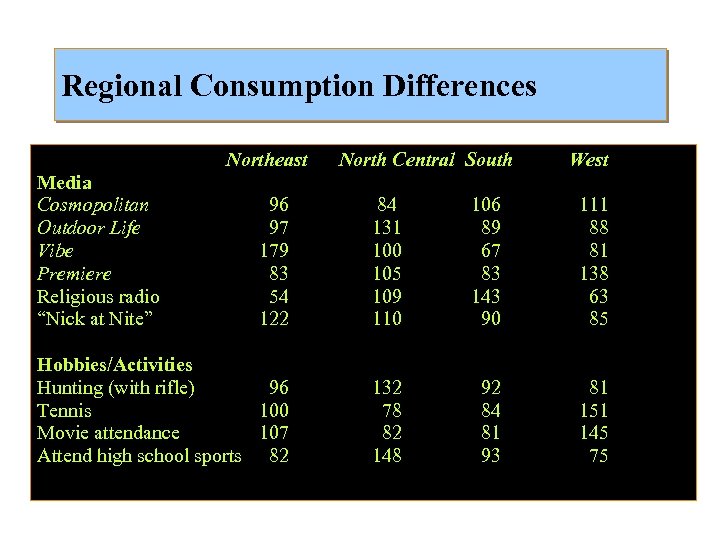 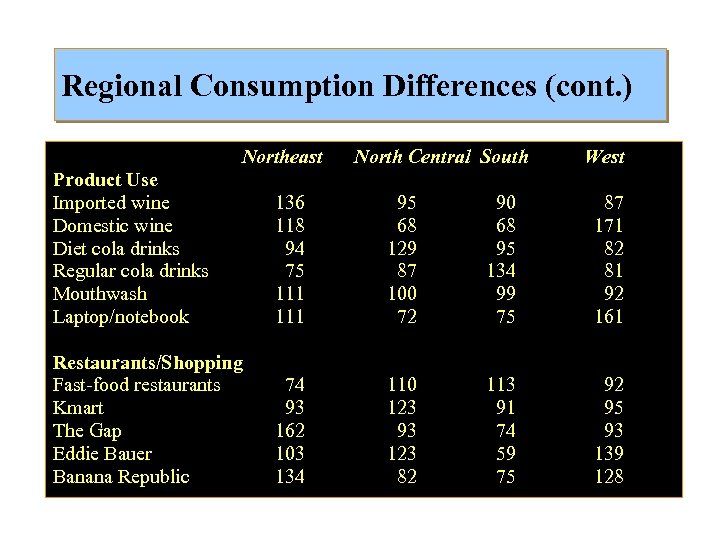 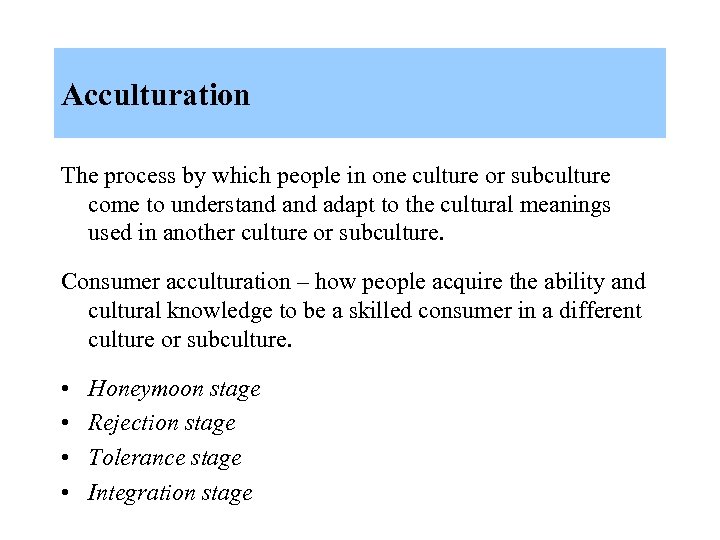 Traditional Characteristics of the Hispanic American Market • • • Prefer well-known or familiar brands Buy brands perceived to be more prestigious Are fashion-conscious Historically prefer to shop at smaller personal stores Buy brands advertised by their ethnic-group stores Tend not to be impulse buyers (i. e. , are deliberate) Increasingly clipping and using cents-off coupons Likely to buy what their parents bought Prefer fresh to frozen or prepared items Tend to be negative about marketing practices and government intervention in business

Ways in Which “Hispanic” Has Been Defined NAME OF INDICATOR NATURE/SCOPE AND COMMENTARY Spanish surname Not a definitive; since a non-Hispanic person might have a Spanish surname, or an Hispanic person might have a non-Spanish surname. Country of origin The birthplace of persons born in the Untied States of Hispanic parents would not reveal their Hispanic background. Country of family ancestry Includes those individuals who may not be Hispanic despite coming form a particular Spanish-Latin country. Spanish spoken at home A significant minority of Hispanic households may speak English at home, yet consider themselves to be cultural Hispanic. Selfidentification It is reasonable that if an adequate number of self-report choices are offered, a person might identify himself or herself as “Hispanic. ” Degree of identification This measure captures the “degree” of personal identification as “Hispanic” and augments the self-identification measure.