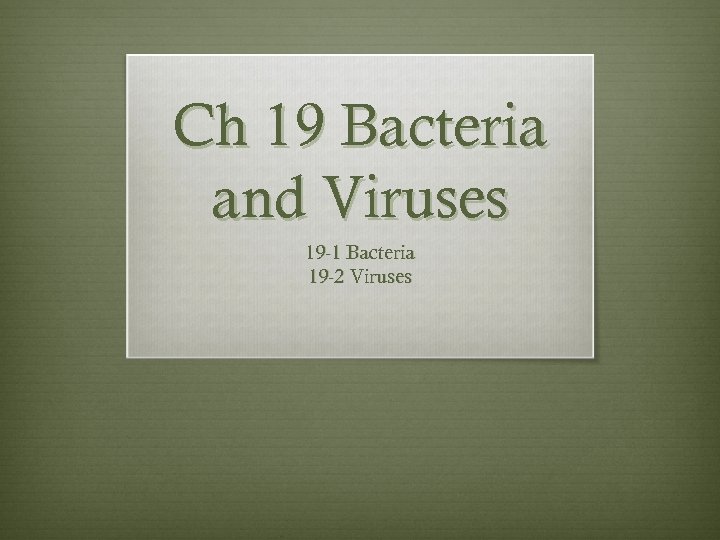 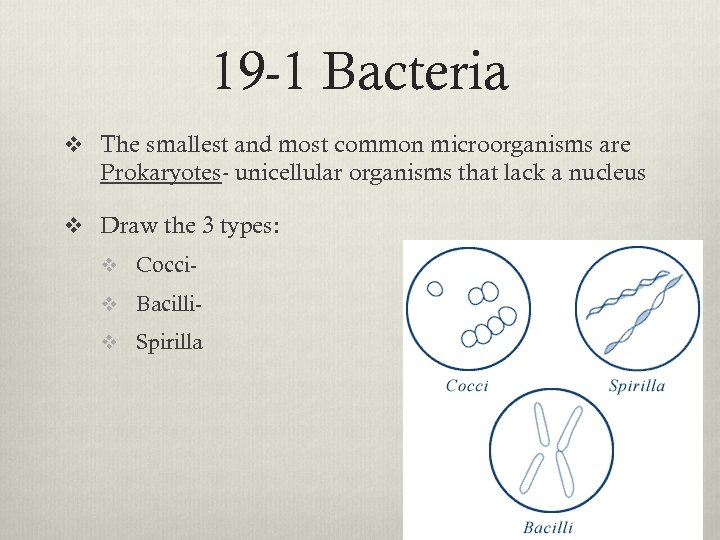 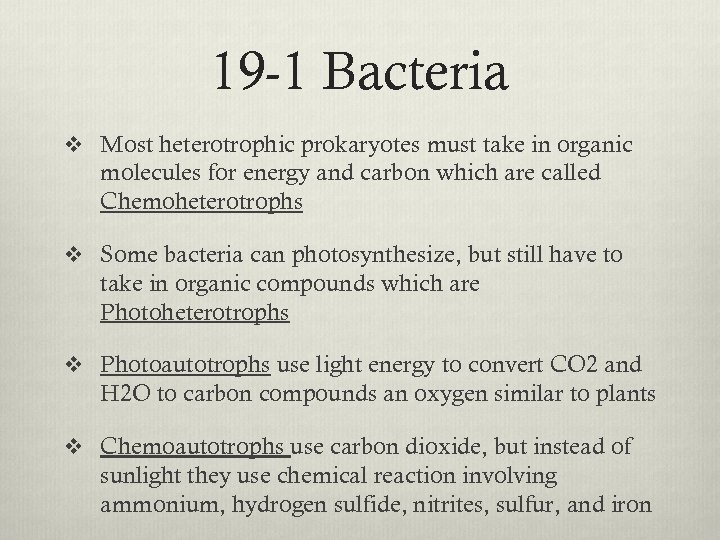 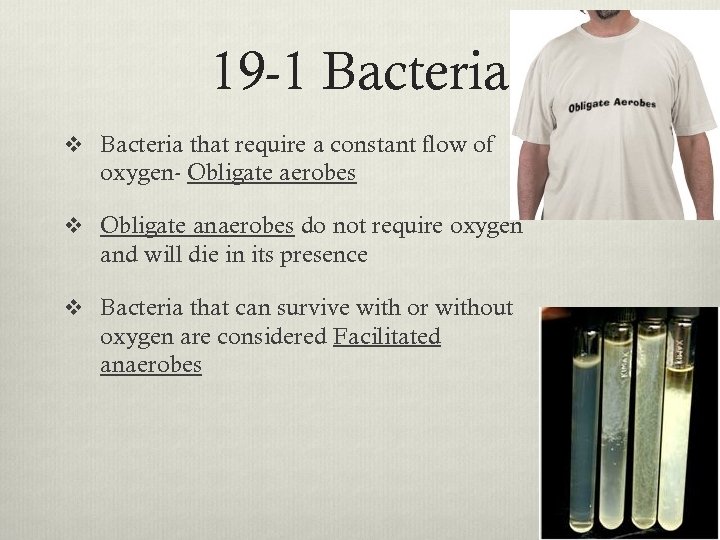 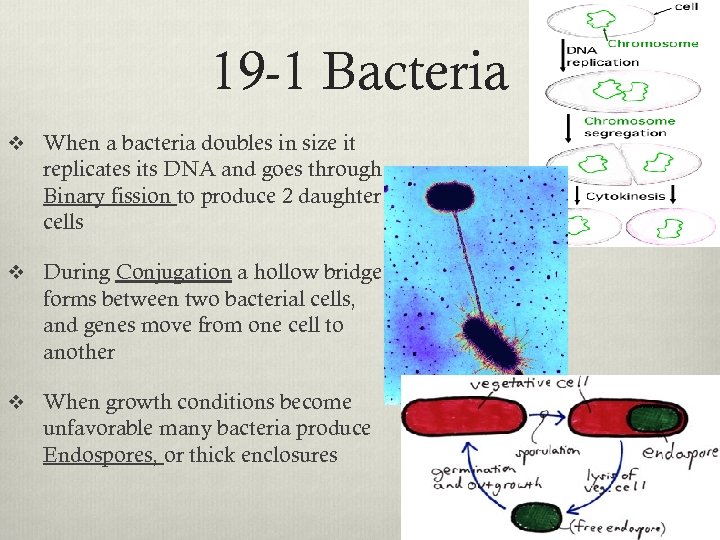 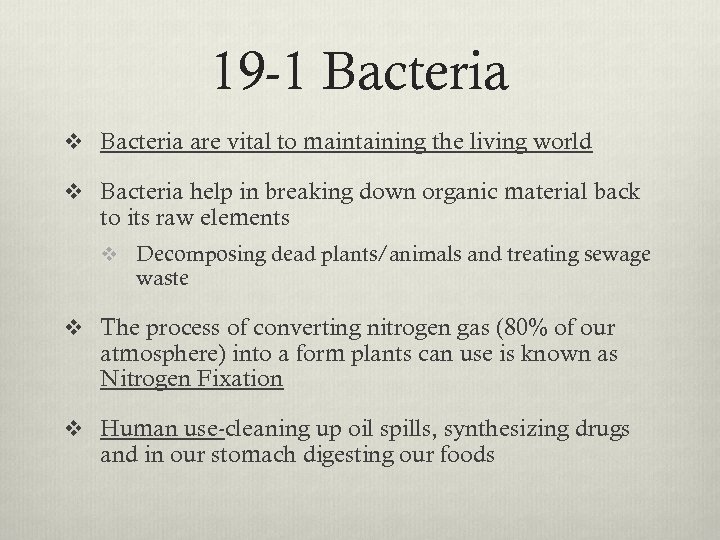 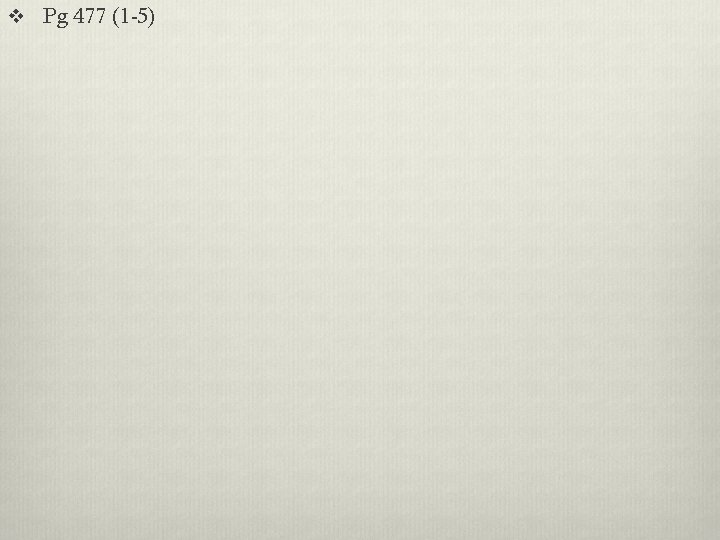 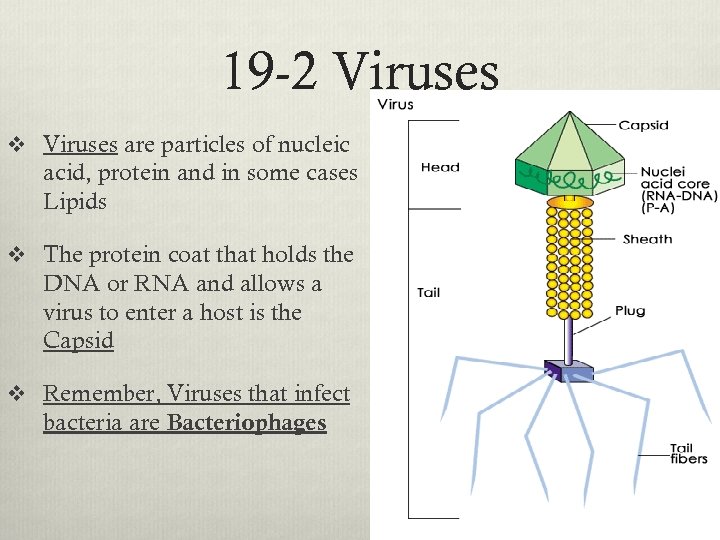 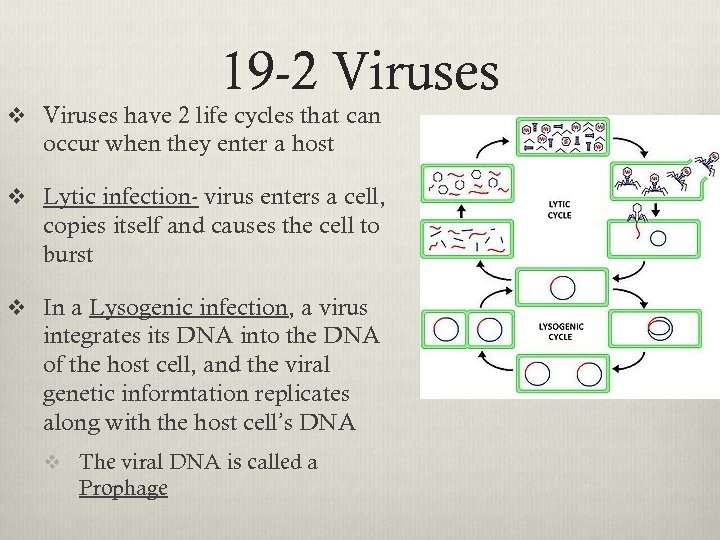 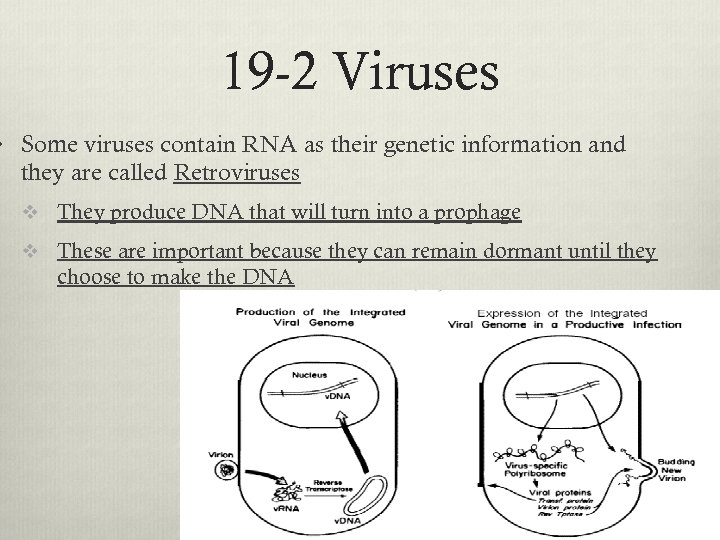 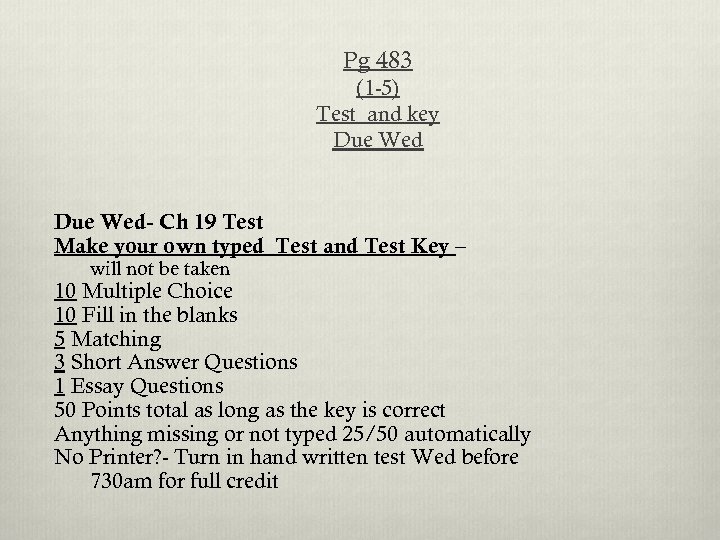 19 -1 Bacteria v Most heterotrophic prokaryotes must take in organic molecules for energy and carbon which are called Chemoheterotrophs v Some bacteria can photosynthesize, but still have to take in organic compounds which are Photoheterotrophs v Photoautotrophs use light energy to convert CO 2 and H 2 O to carbon compounds an oxygen similar to plants v Chemoautotrophs use carbon dioxide, but instead of sunlight they use chemical reaction involving ammonium, hydrogen sulfide, nitrites, sulfur, and iron

19 -1 Bacteria v When a bacteria doubles in size it replicates its DNA and goes through Binary fission to produce 2 daughter cells v During Conjugation a hollow bridge forms between two bacterial cells, and genes move from one cell to another v When growth conditions become unfavorable many bacteria produce Endospores, or thick enclosures

19 -1 Bacteria v Bacteria are vital to maintaining the living world v Bacteria help in breaking down organic material back to its raw elements v Decomposing dead plants/animals and treating sewage waste v The process of converting nitrogen gas (80% of our atmosphere) into a form plants can use is known as Nitrogen Fixation v Human use-cleaning up oil spills, synthesizing drugs and in our stomach digesting our foods

19 -2 Viruses v Viruses are particles of nucleic acid, protein and in some cases Lipids v The protein coat that holds the DNA or RNA and allows a virus to enter a host is the Capsid v Remember, Viruses that infect bacteria are Bacteriophages

19 -2 Viruses v Viruses have 2 life cycles that can occur when they enter a host v Lytic infection- virus enters a cell, copies itself and causes the cell to burst v In a Lysogenic infection, a virus integrates its DNA into the DNA of the host cell, and the viral genetic informtation replicates along with the host cell’s DNA v The viral DNA is called a Prophage

Pg 483 (1 -5) Test and key Due Wed- Ch 19 Test Make your own typed Test and Test Key – will not be taken 10 Multiple Choice 10 Fill in the blanks 5 Matching 3 Short Answer Questions 1 Essay Questions 50 Points total as long as the key is correct Anything missing or not typed 25/50 automatically No Printer? - Turn in hand written test Wed before 730 am for full credit