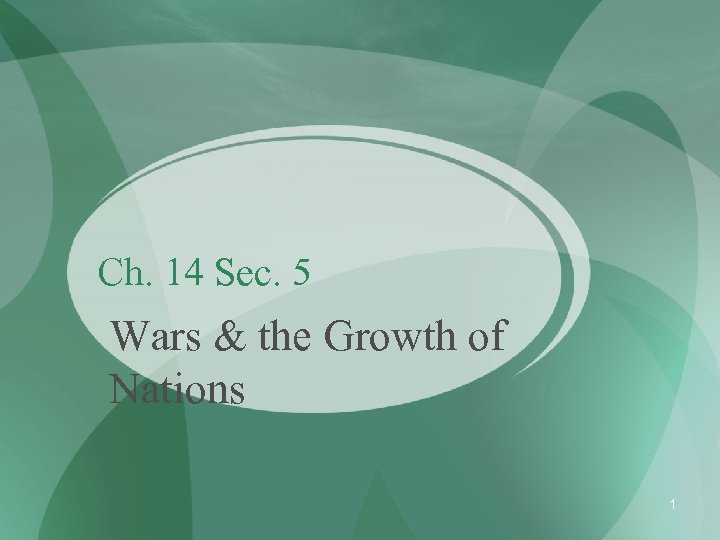 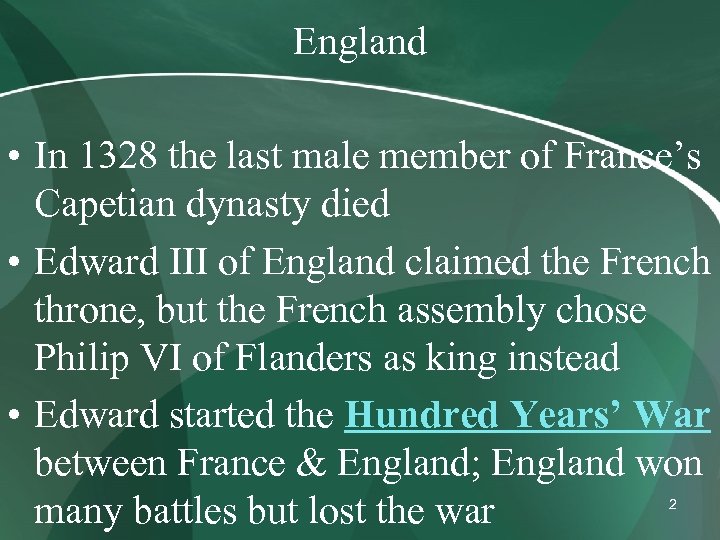 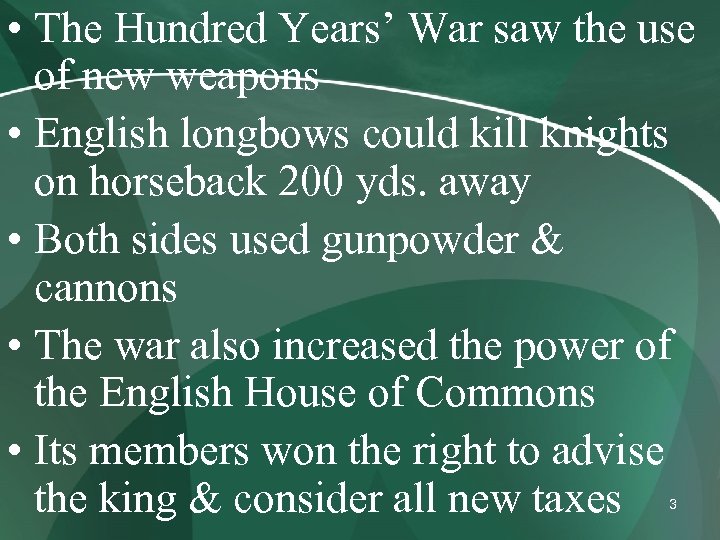 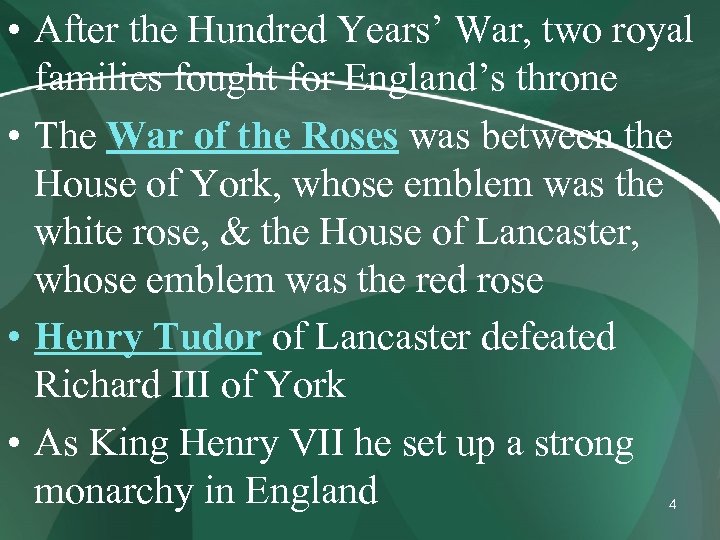 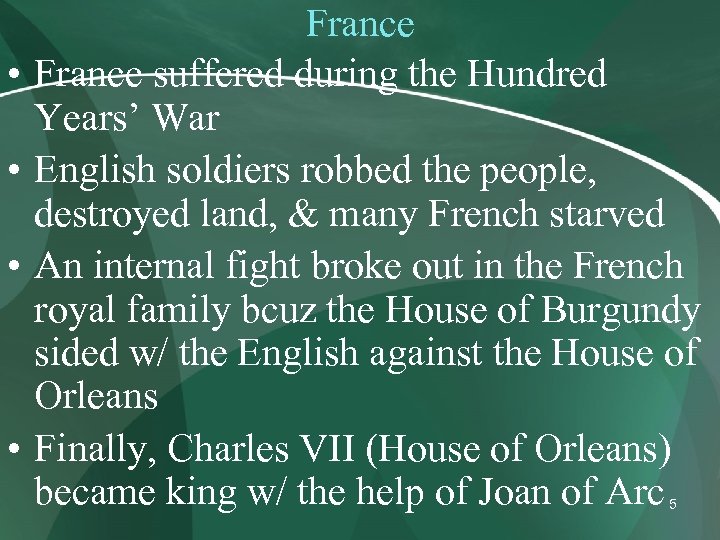 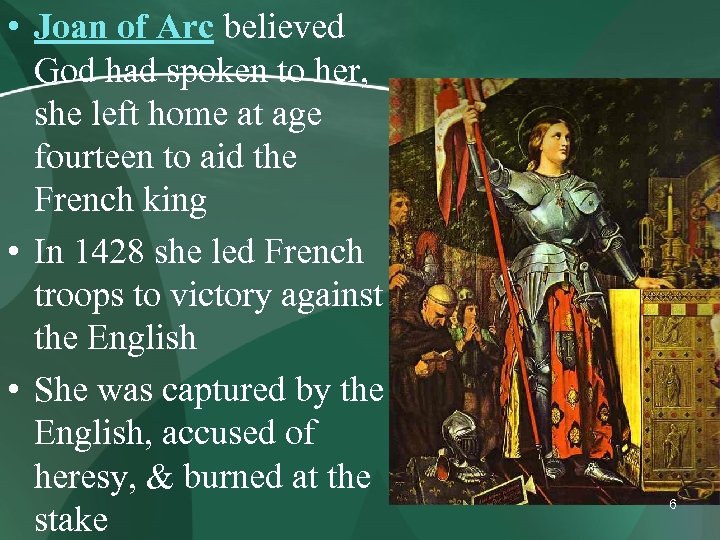 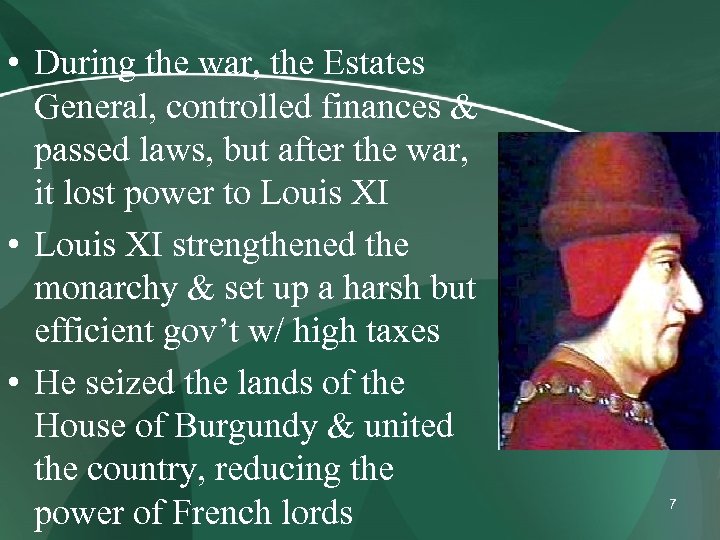 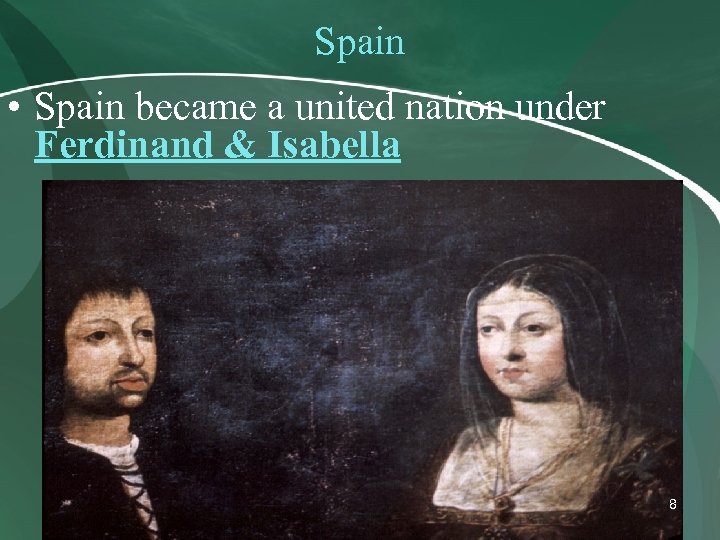 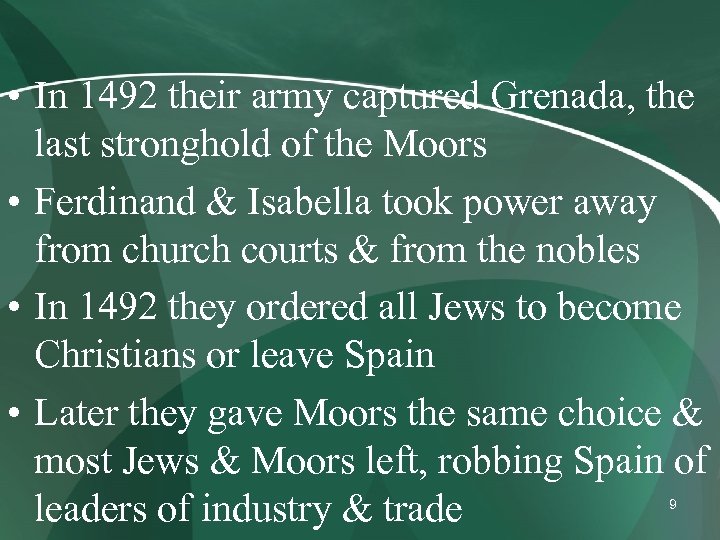 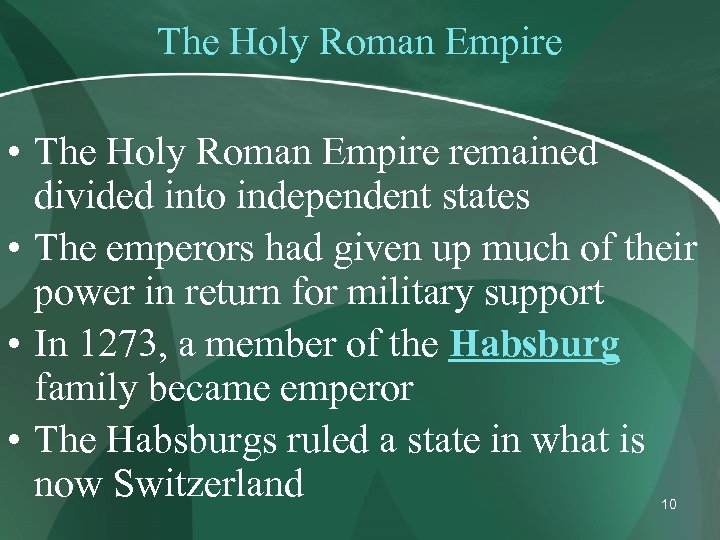 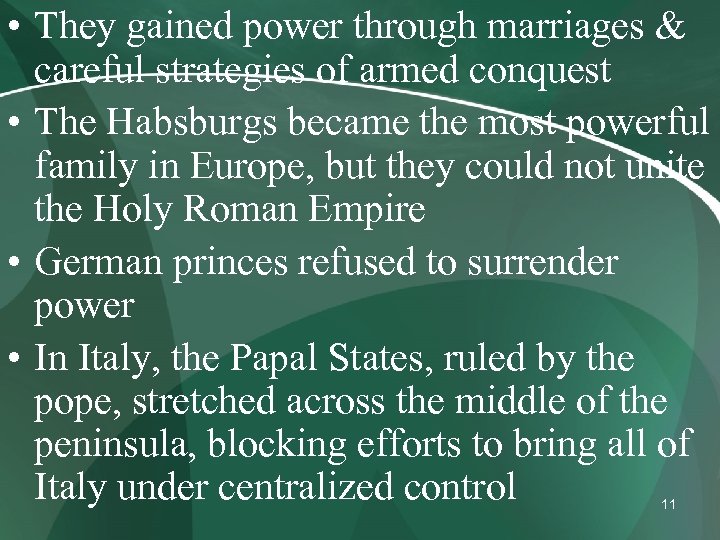 England • In 1328 the last male member of France’s Capetian dynasty died • Edward III of England claimed the French throne, but the French assembly chose Philip VI of Flanders as king instead • Edward started the Hundred Years’ War between France & England; England won many battles but lost the war 2

• The Hundred Years’ War saw the use of new weapons • English longbows could kill knights on horseback 200 yds. away • Both sides used gunpowder & cannons • The war also increased the power of the English House of Commons • Its members won the right to advise the king & consider all new taxes 3

• • France suffered during the Hundred Years’ War English soldiers robbed the people, destroyed land, & many French starved An internal fight broke out in the French royal family bcuz the House of Burgundy sided w/ the English against the House of Orleans Finally, Charles VII (House of Orleans) became king w/ the help of Joan of Arc 5

• Joan of Arc believed God had spoken to her, she left home at age fourteen to aid the French king • In 1428 she led French troops to victory against the English • She was captured by the English, accused of heresy, & burned at the stake 6

• During the war, the Estates General, controlled finances & passed laws, but after the war, it lost power to Louis XI • Louis XI strengthened the monarchy & set up a harsh but efficient gov’t w/ high taxes • He seized the lands of the House of Burgundy & united the country, reducing the power of French lords 7

• In 1492 their army captured Grenada, the last stronghold of the Moors • Ferdinand & Isabella took power away from church courts & from the nobles • In 1492 they ordered all Jews to become Christians or leave Spain • Later they gave Moors the same choice & most Jews & Moors left, robbing Spain of leaders of industry & trade 9

• They gained power through marriages & careful strategies of armed conquest • The Habsburgs became the most powerful family in Europe, but they could not unite the Holy Roman Empire • German princes refused to surrender power • In Italy, the Papal States, ruled by the pope, stretched across the middle of the peninsula, blocking efforts to bring all of Italy under centralized control 11