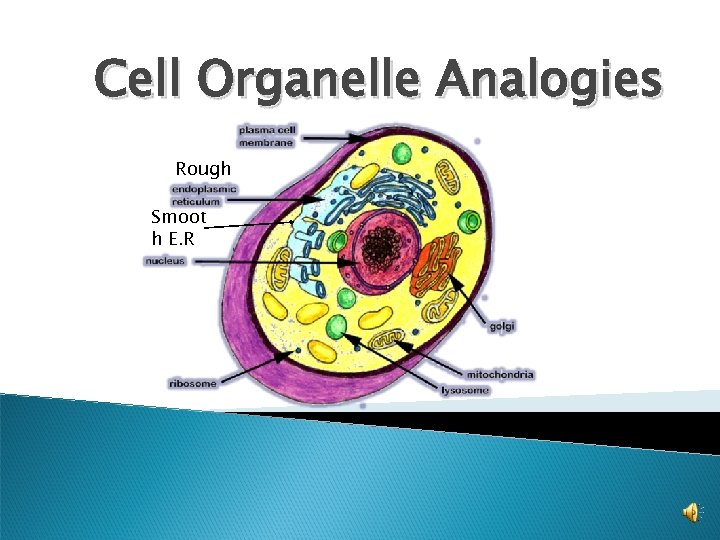 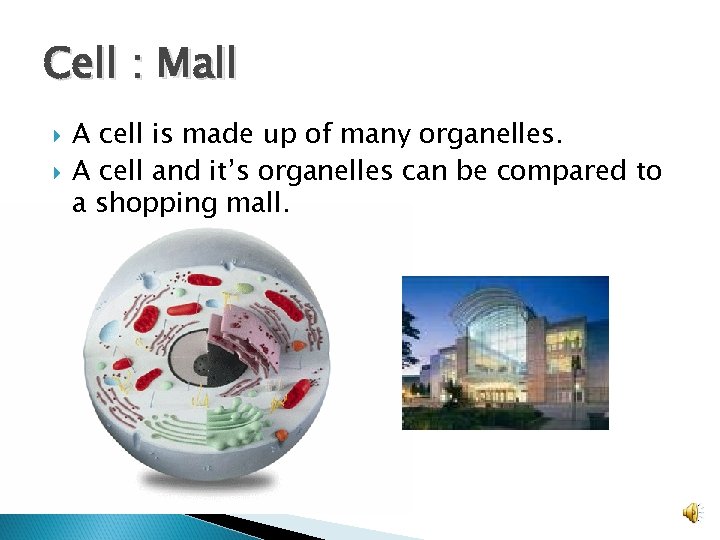 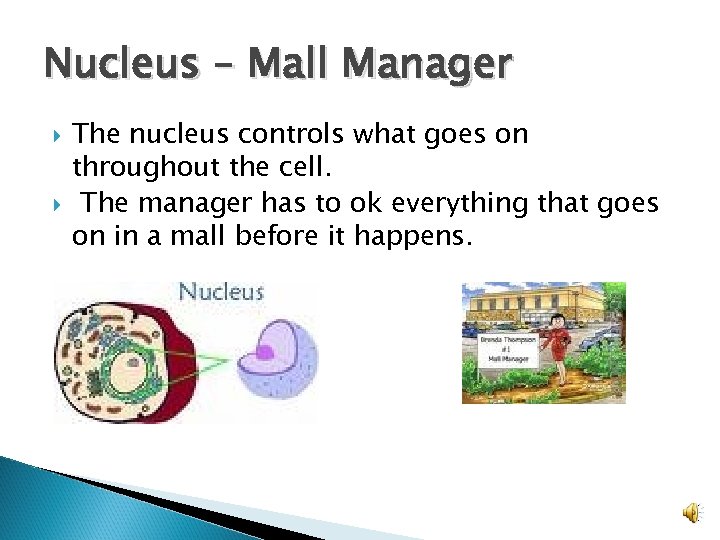 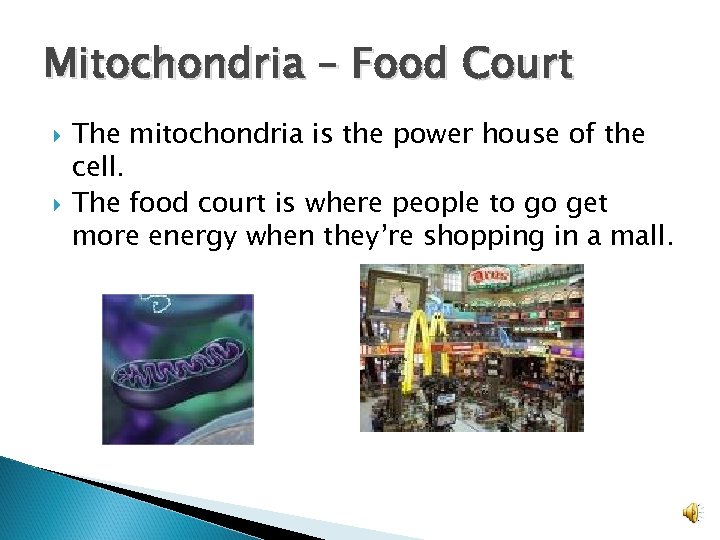 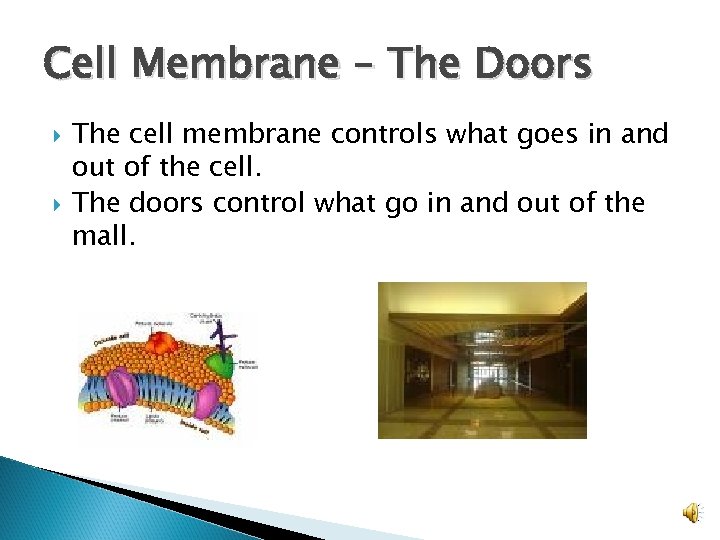 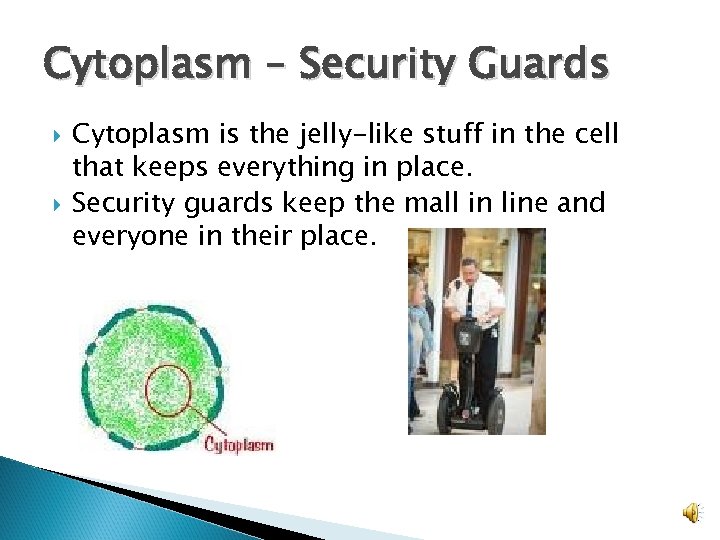 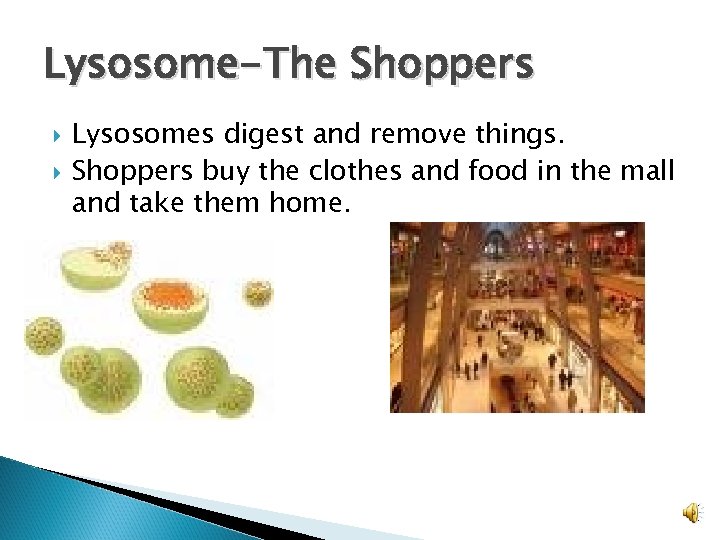 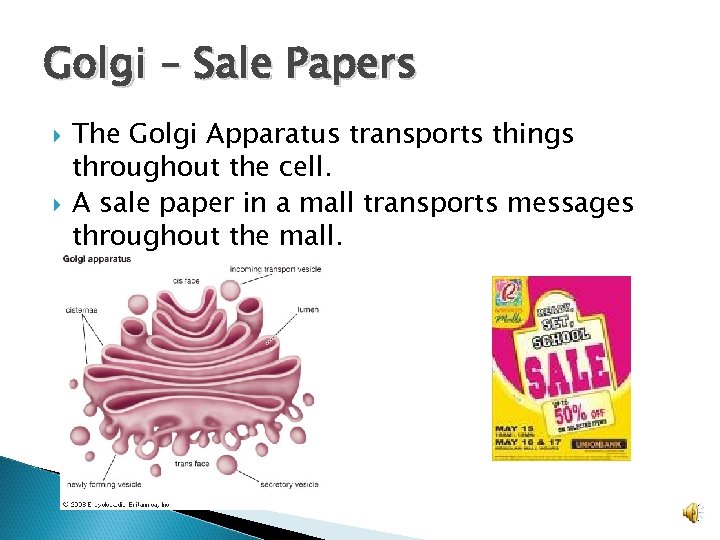 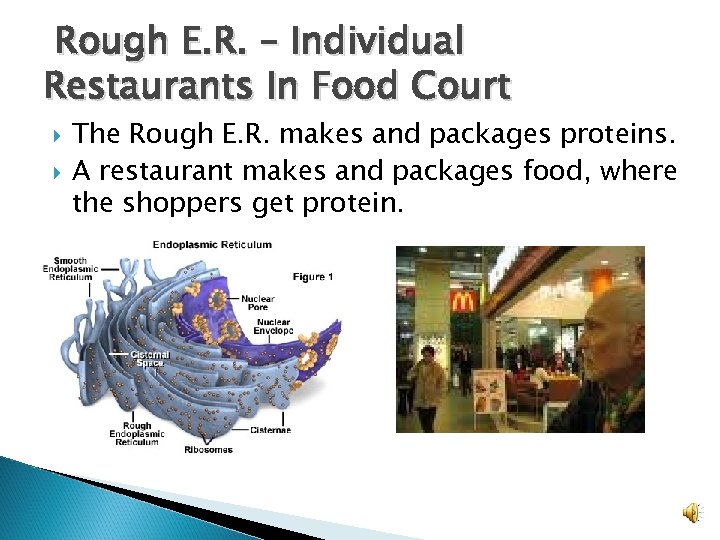 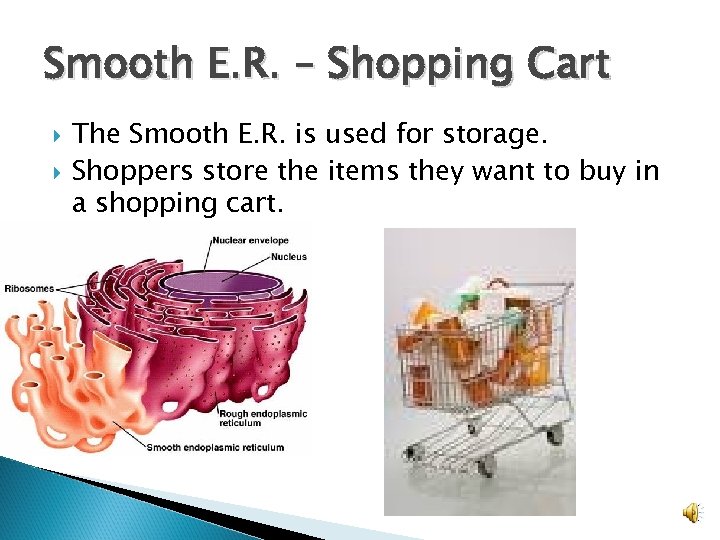 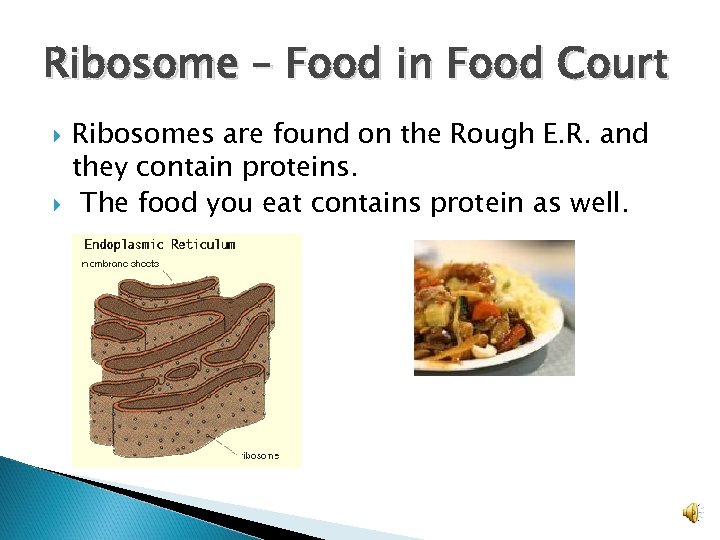 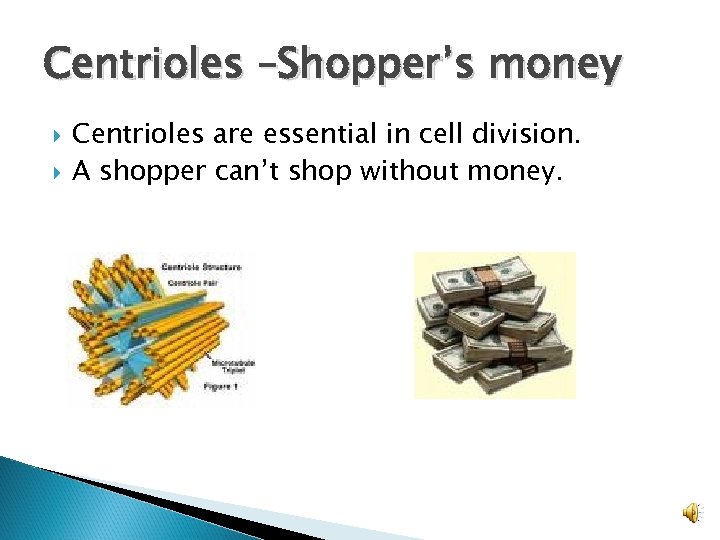 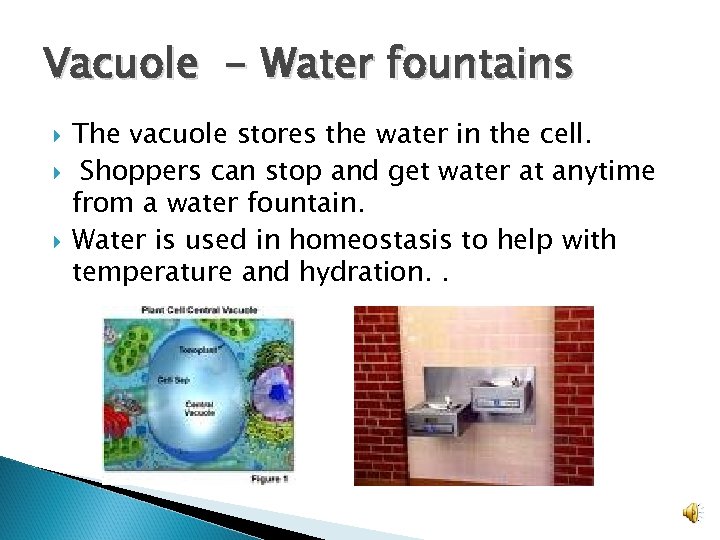 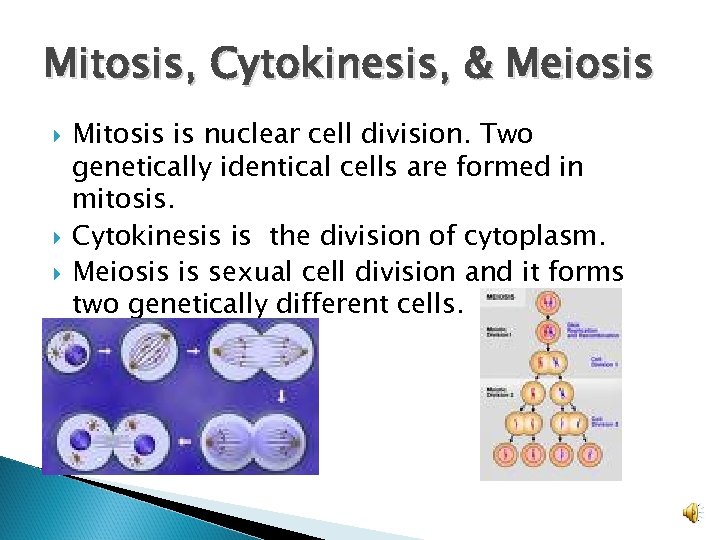 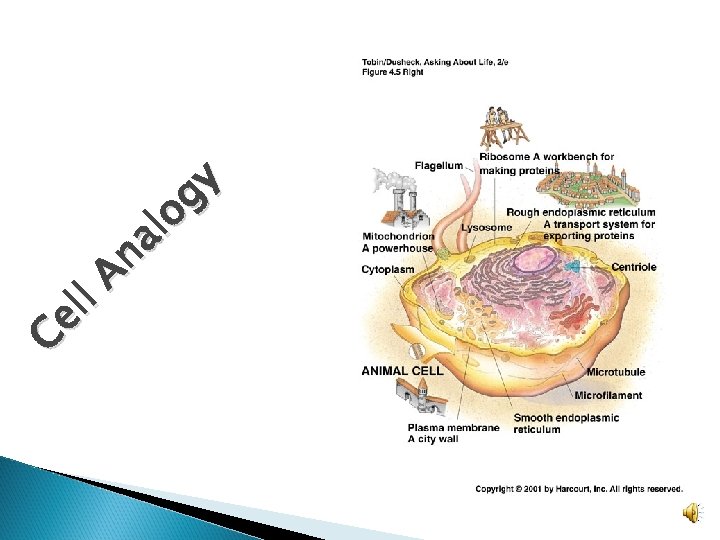 Cell : Mall A cell is made up of many organelles. A cell and it’s organelles can be compared to a shopping mall.

Nucleus – Mall Manager The nucleus controls what goes on throughout the cell. The manager has to ok everything that goes on in a mall before it happens.

Mitochondria – Food Court The mitochondria is the power house of the cell. The food court is where people to go get more energy when they’re shopping in a mall.

Cytoplasm – Security Guards Cytoplasm is the jelly-like stuff in the cell that keeps everything in place. Security guards keep the mall in line and everyone in their place.

Lysosome-The Shoppers Lysosomes digest and remove things. Shoppers buy the clothes and food in the mall and take them home.

Smooth E. R. – Shopping Cart The Smooth E. R. is used for storage. Shoppers store the items they want to buy in a shopping cart.

Ribosome – Food in Food Court Ribosomes are found on the Rough E. R. and they contain proteins. The food you eat contains protein as well.

Vacuole - Water fountains The vacuole stores the water in the cell. Shoppers can stop and get water at anytime from a water fountain. Water is used in homeostasis to help with temperature and hydration. .