Causes of the Revolution Section 2 Townshend 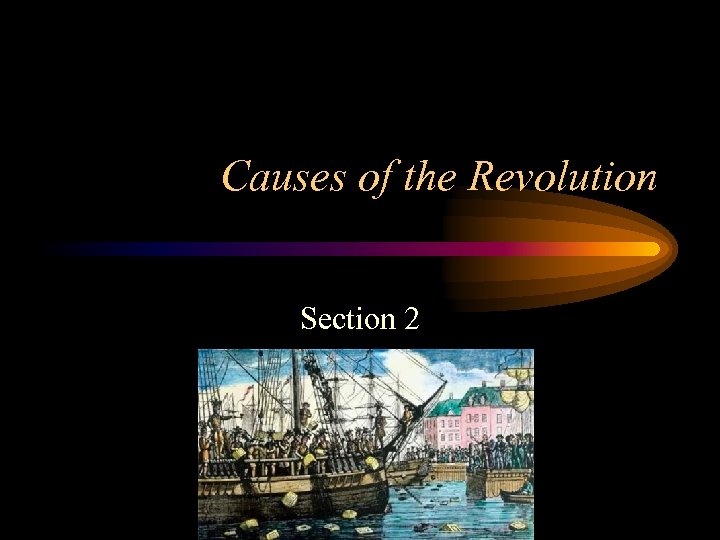 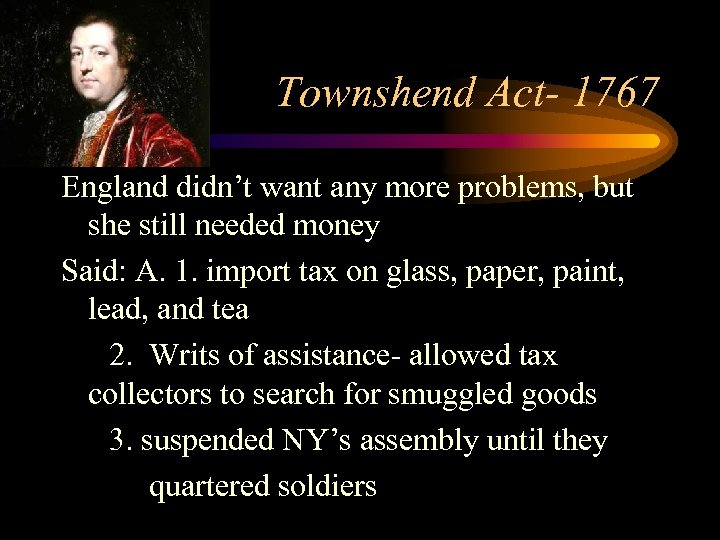 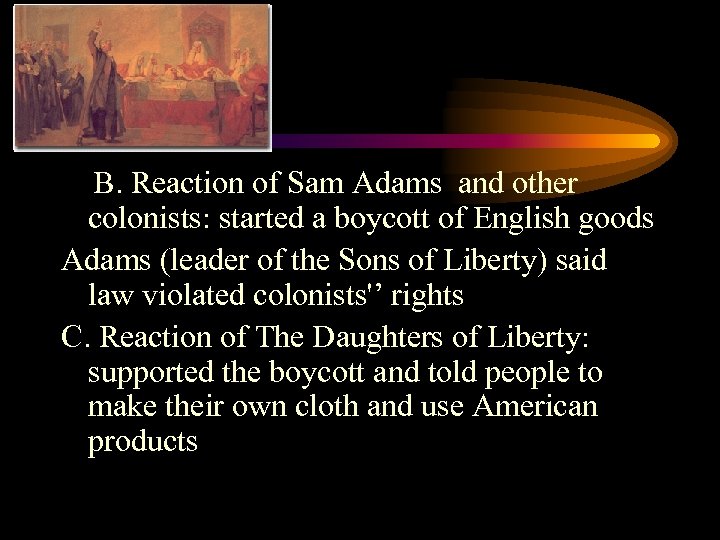 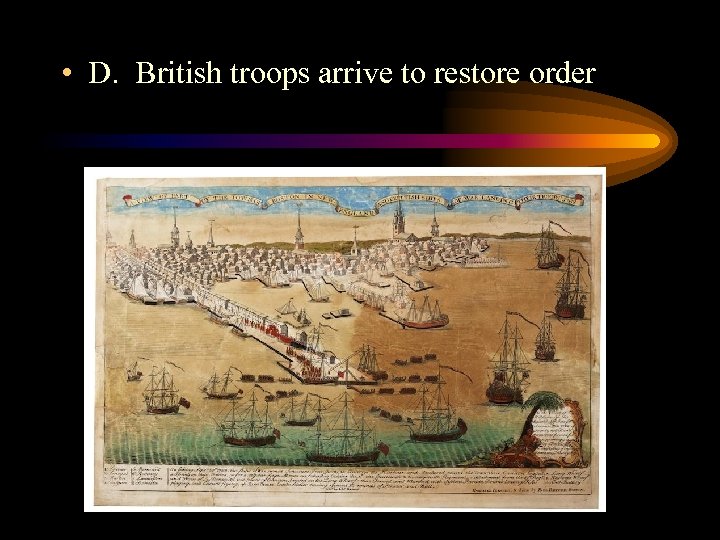 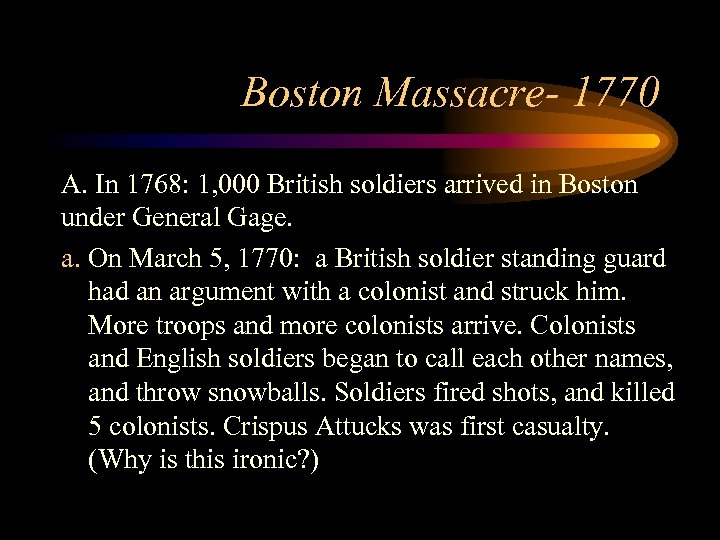 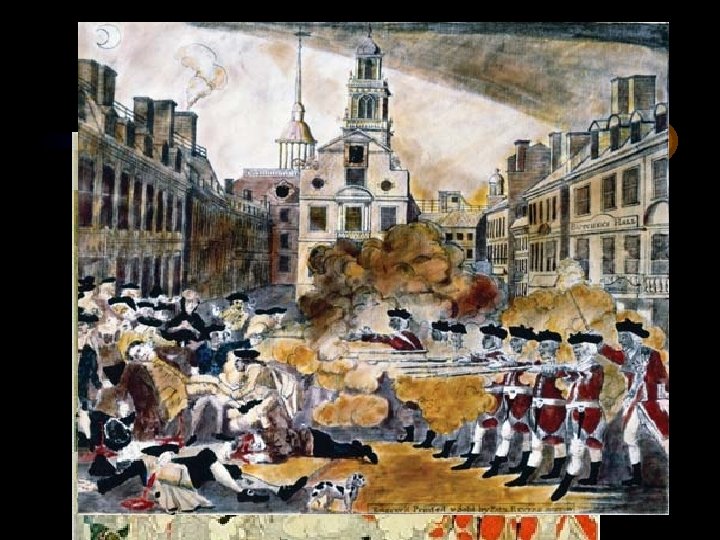 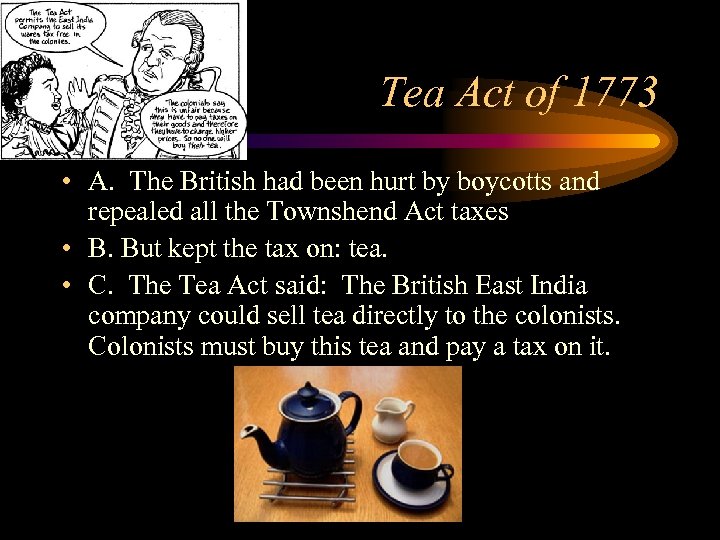 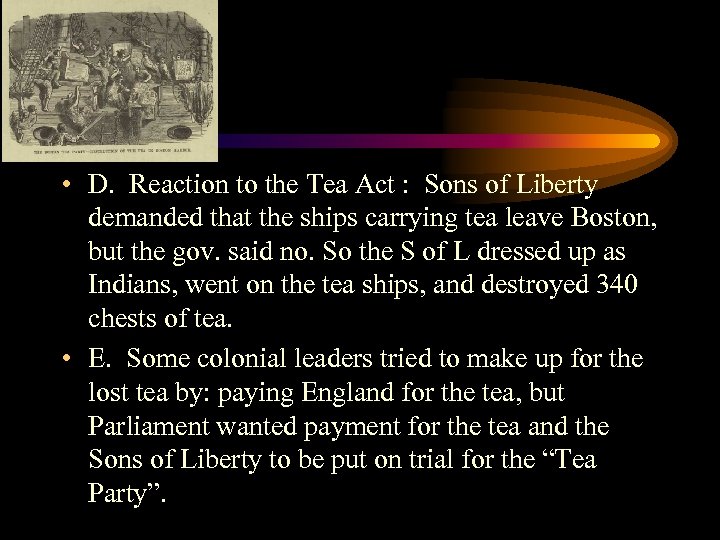 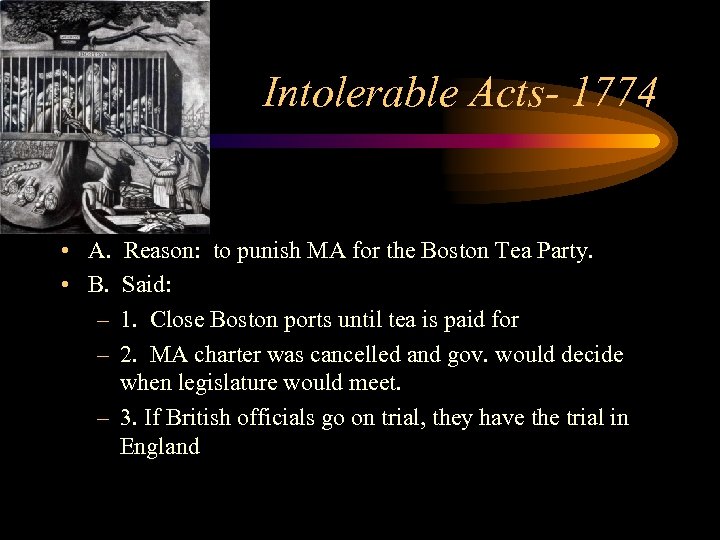 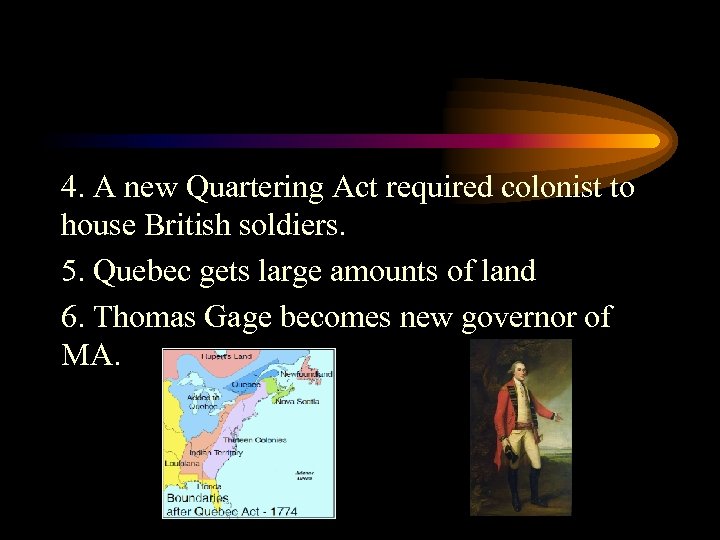 Causes of the Revolution Section 2

B. Reaction of Sam Adams and other colonists: started a boycott of English goods Adams (leader of the Sons of Liberty) said law violated colonists'’ rights C. Reaction of The Daughters of Liberty: supported the boycott and told people to make their own cloth and use American products

Boston Massacre- 1770 A. In 1768: 1, 000 British soldiers arrived in Boston under General Gage. a. On March 5, 1770: a British soldier standing guard had an argument with a colonist and struck him. More troops and more colonists arrive. Colonists and English soldiers began to call each other names, and throw snowballs. Soldiers fired shots, and killed 5 colonists. Crispus Attucks was first casualty. (Why is this ironic? )

Tea Act of 1773 • A. The British had been hurt by boycotts and repealed all the Townshend Act taxes • B. But kept the tax on: tea. • C. The Tea Act said: The British East India company could sell tea directly to the colonists. Colonists must buy this tea and pay a tax on it.

• D. Reaction to the Tea Act : Sons of Liberty demanded that the ships carrying tea leave Boston, but the gov. said no. So the S of L dressed up as Indians, went on the tea ships, and destroyed 340 chests of tea. • E. Some colonial leaders tried to make up for the lost tea by: paying England for the tea, but Parliament wanted payment for the tea and the Sons of Liberty to be put on trial for the “Tea Party”.

Intolerable Acts- 1774 • A. Reason: to punish MA for the Boston Tea Party. • B. Said: – 1. Close Boston ports until tea is paid for – 2. MA charter was cancelled and gov. would decide when legislature would meet. – 3. If British officials go on trial, they have the trial in England

Chapter 1 Marketing Is All Around Us

1 Transformation of a Drawing