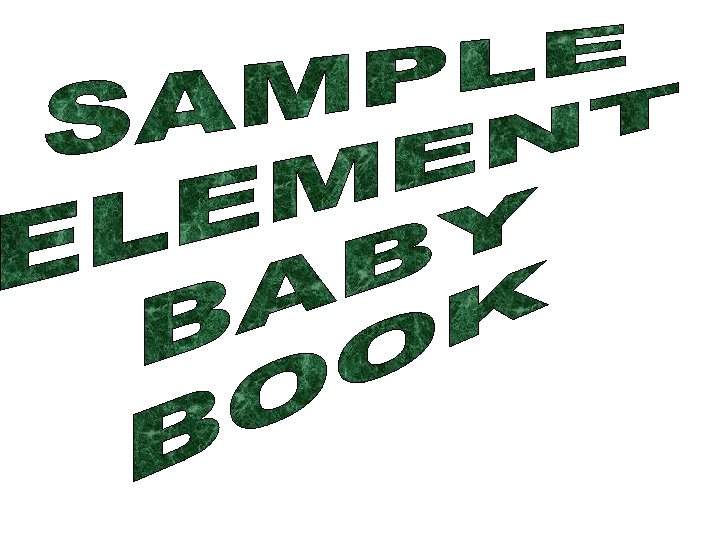 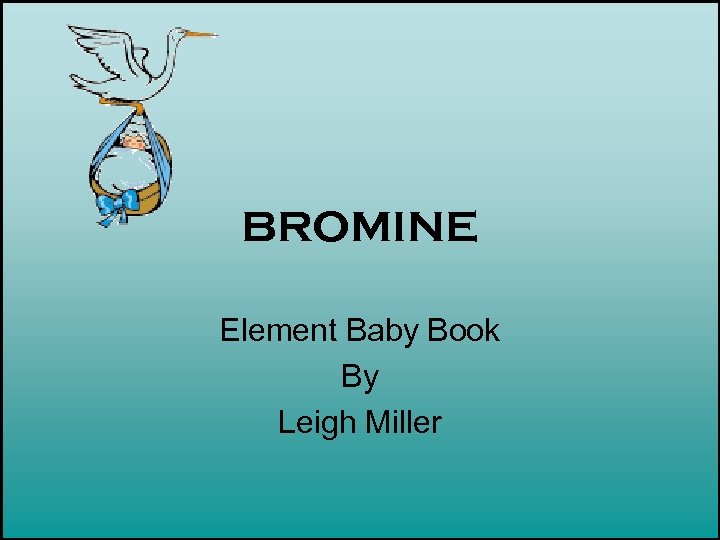 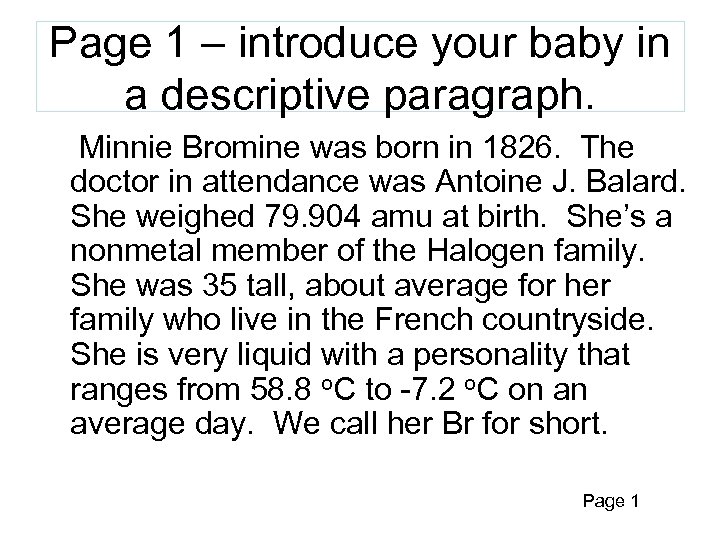 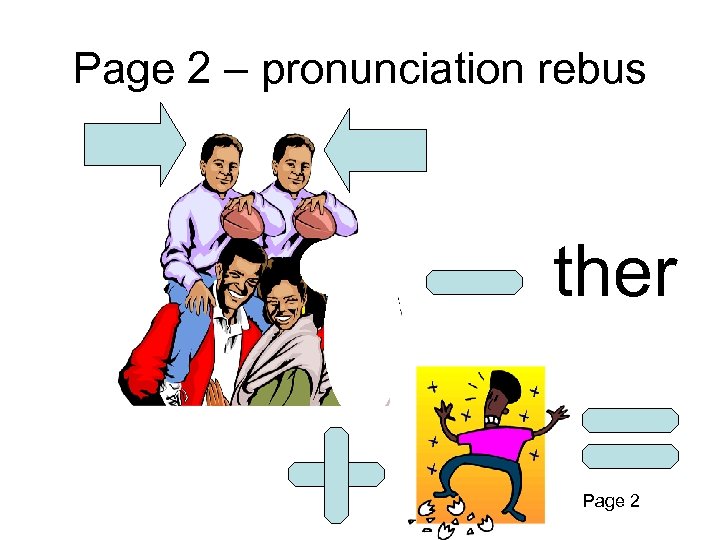 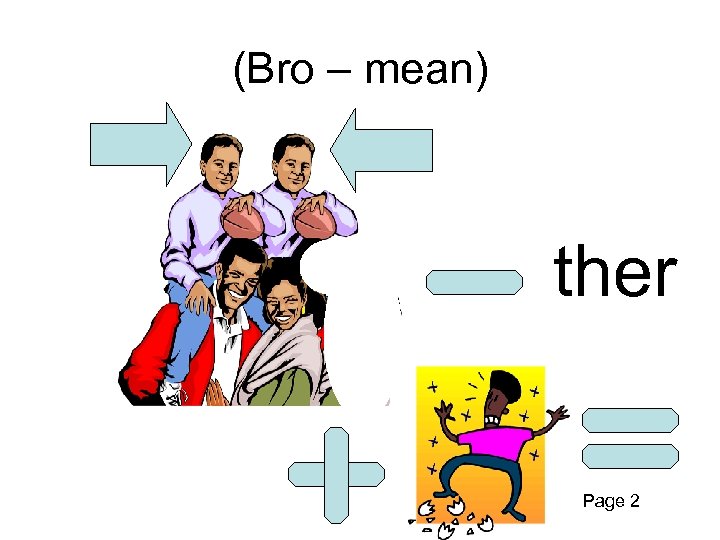 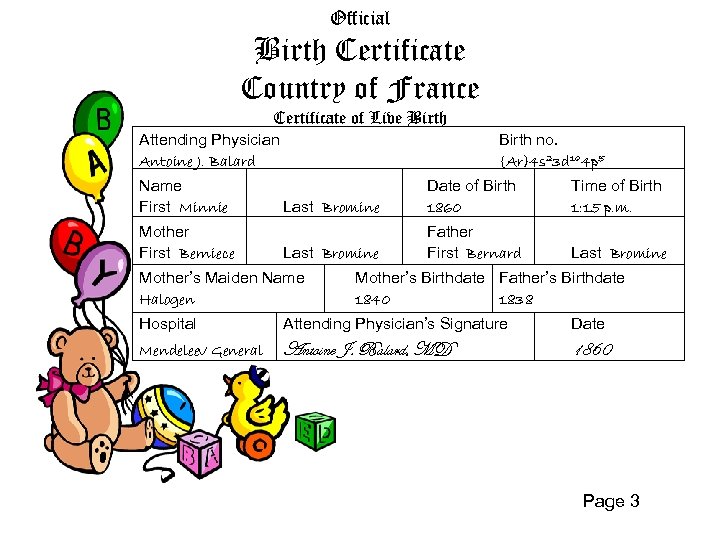 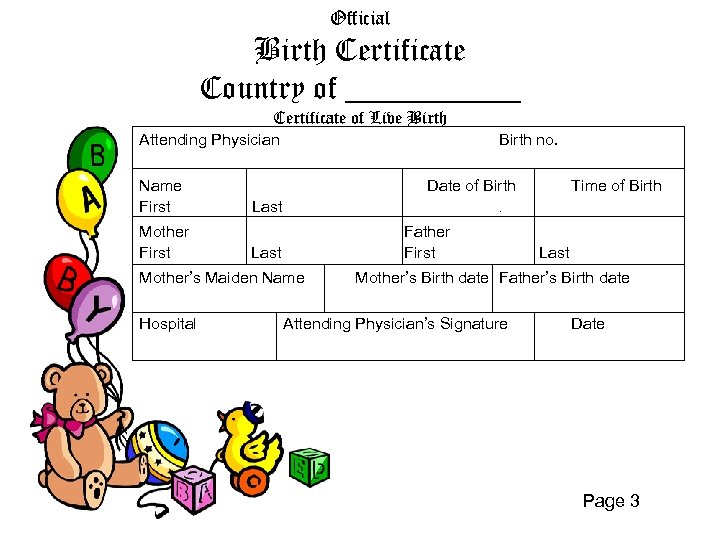 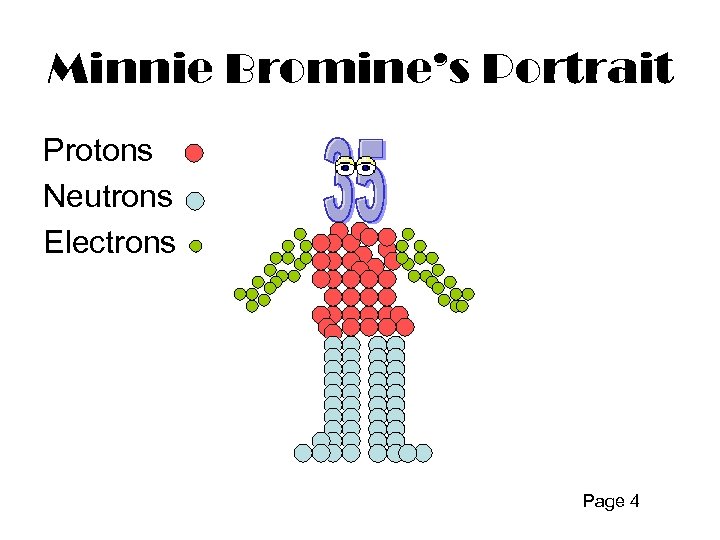 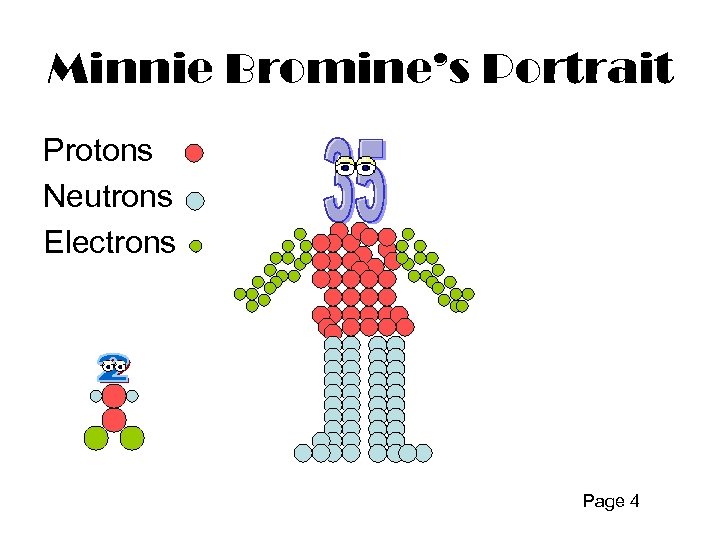 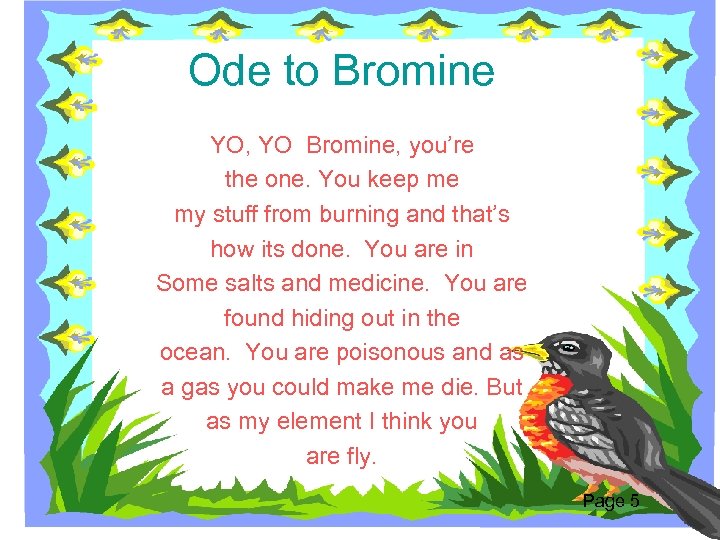 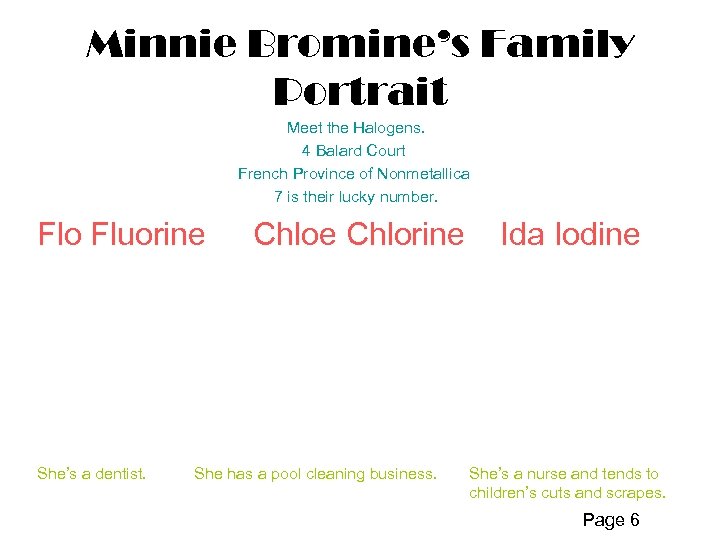 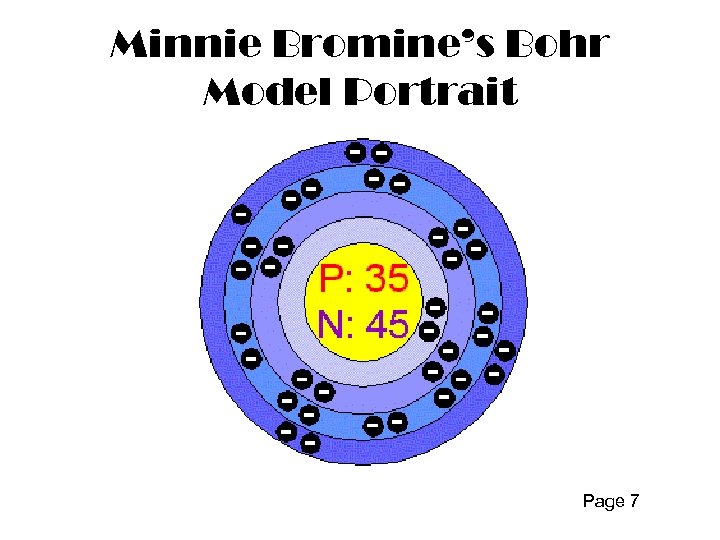 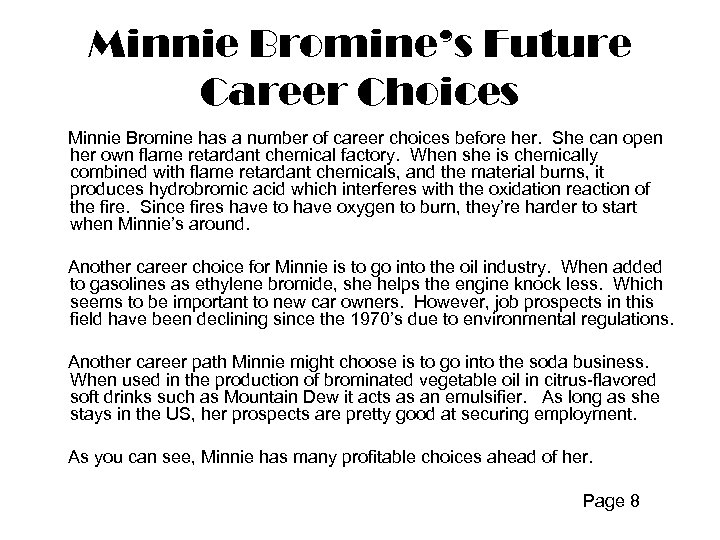 Page 1 – introduce your baby in a descriptive paragraph. Minnie Bromine was born in 1826. The doctor in attendance was Antoine J. Balard. She weighed 79. 904 amu at birth. She’s a nonmetal member of the Halogen family. She was 35 tall, about average for her family who live in the French countryside. She is very liquid with a personality that ranges from 58. 8 o. C to -7. 2 o. C on an average day. We call her Br for short. Page 1

Ode to Bromine YO, YO Bromine, you’re the one. You keep me my stuff from burning and that’s how its done. You are in Some salts and medicine. You are found hiding out in the ocean. You are poisonous and as a gas you could make me die. But as my element I think you are fly. Page 5

Minnie Bromine’s Future Career Choices Minnie Bromine has a number of career choices before her. She can open her own flame retardant chemical factory. When she is chemically combined with flame retardant chemicals, and the material burns, it produces hydrobromic acid which interferes with the oxidation reaction of the fire. Since fires have to have oxygen to burn, they’re harder to start when Minnie’s around. Another career choice for Minnie is to go into the oil industry. When added to gasolines as ethylene bromide, she helps the engine knock less. Which seems to be important to new car owners. However, job prospects in this field have been declining since the 1970’s due to environmental regulations. Another career path Minnie might choose is to go into the soda business. When used in the production of brominated vegetable oil in citrus-flavored soft drinks such as Mountain Dew it acts as an emulsifier. As long as she stays in the US, her prospects are pretty good at securing employment. As you can see, Minnie has many profitable choices ahead of her. Page 8