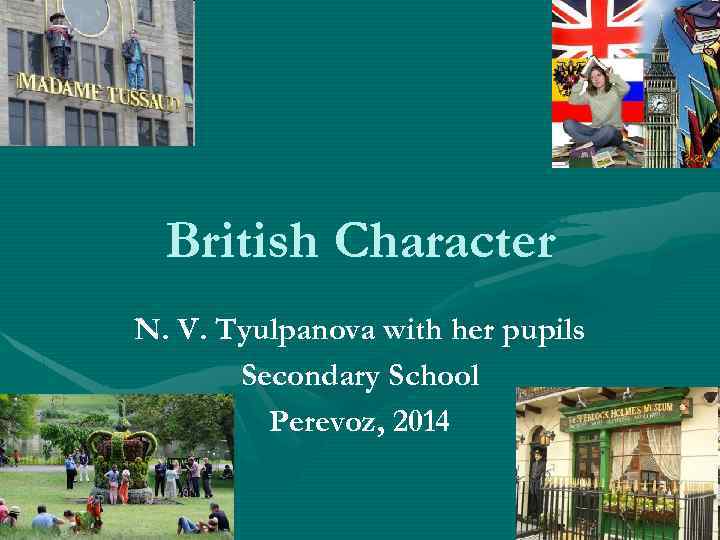 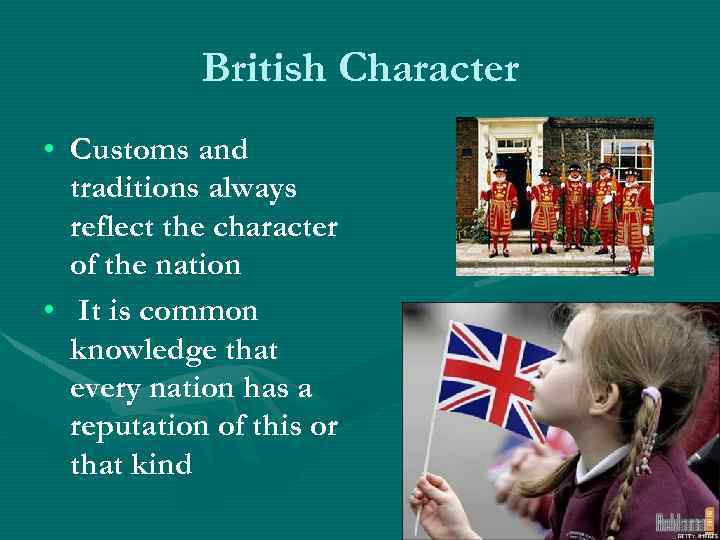 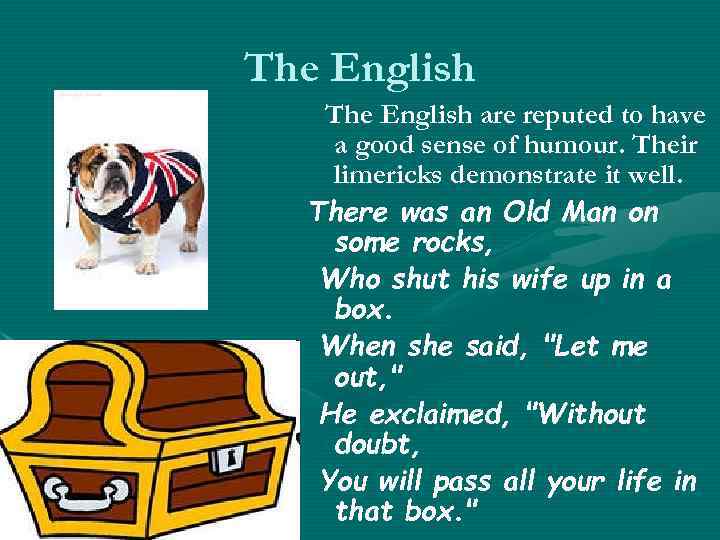 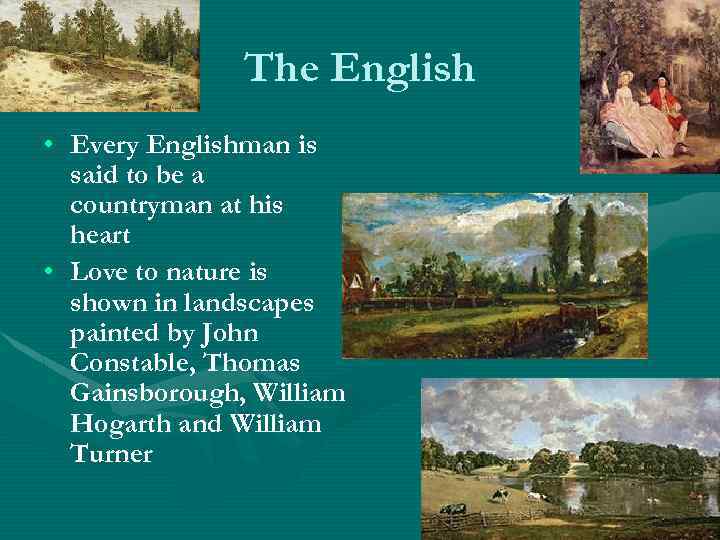 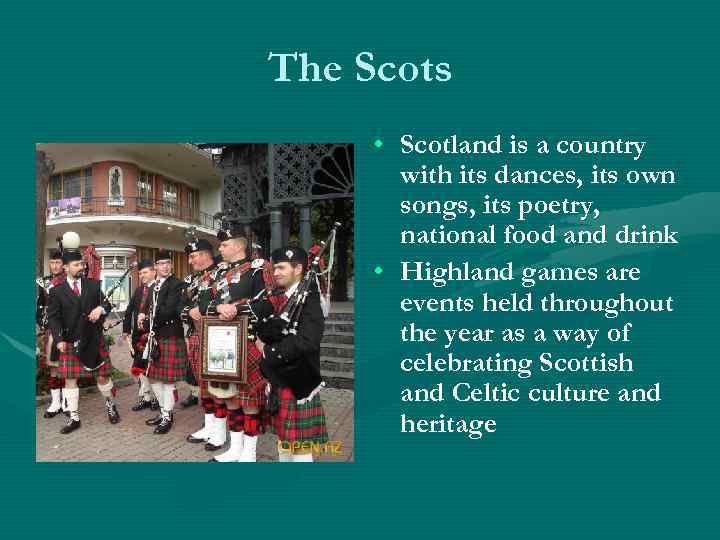 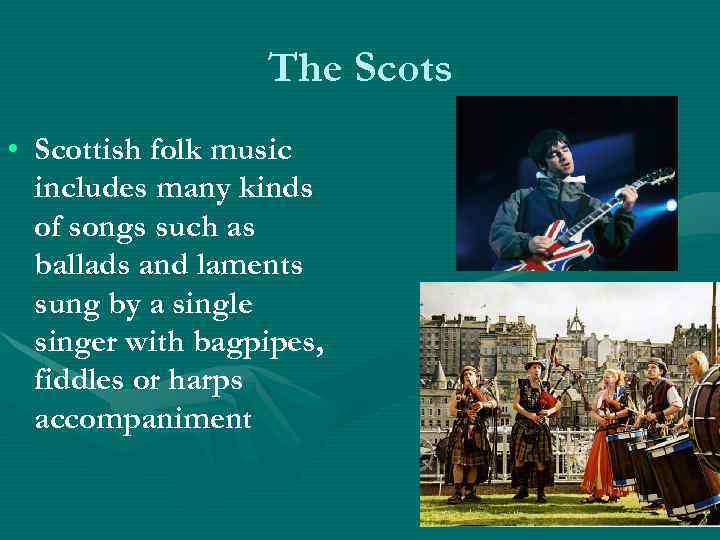 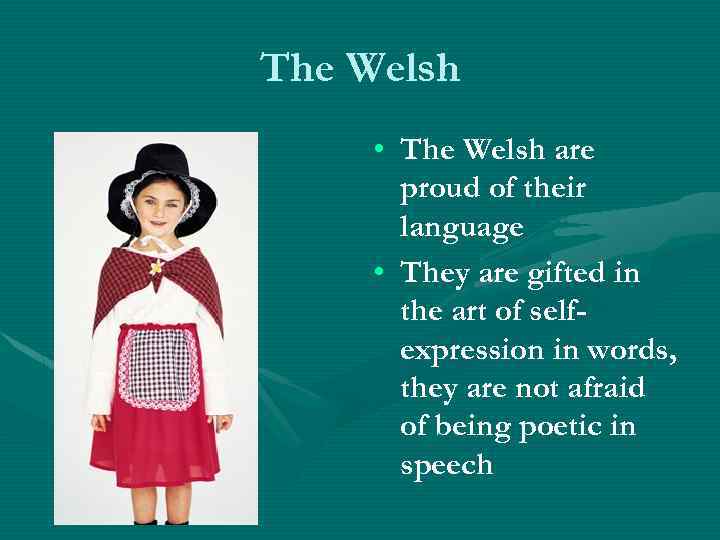 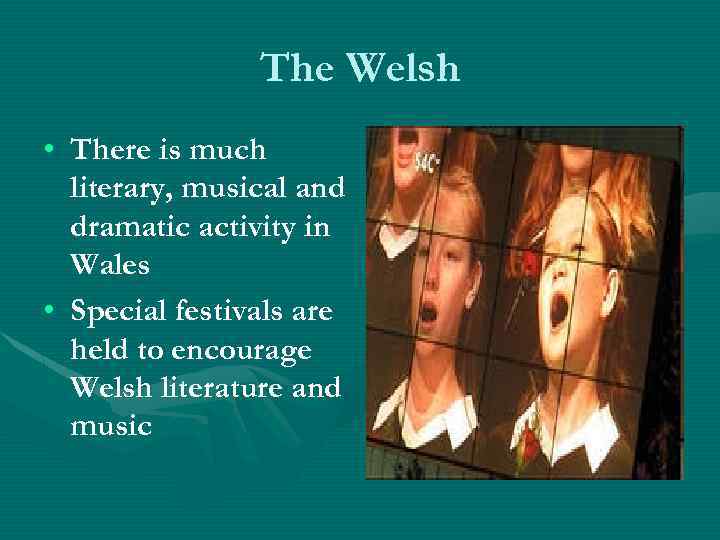 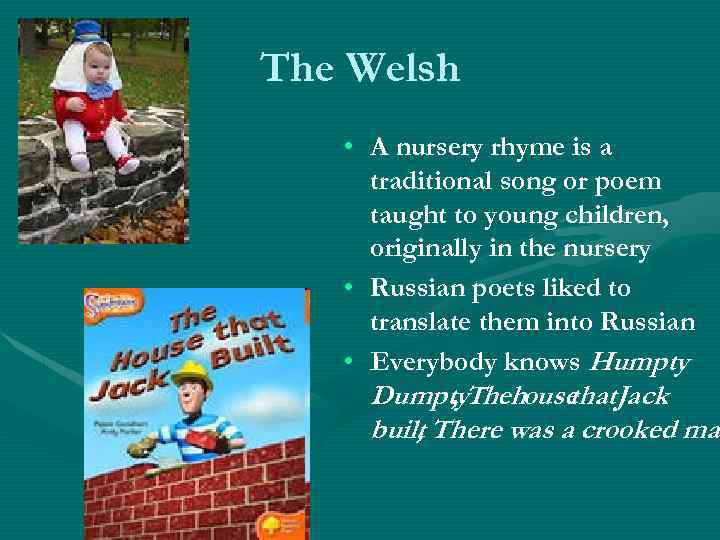 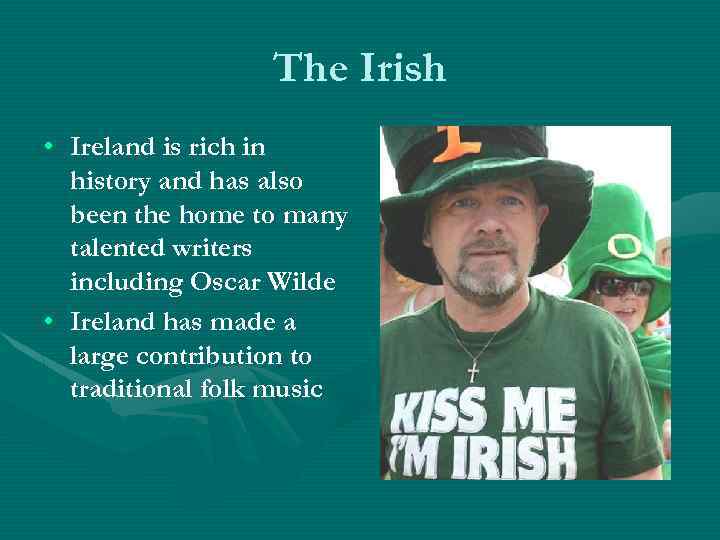 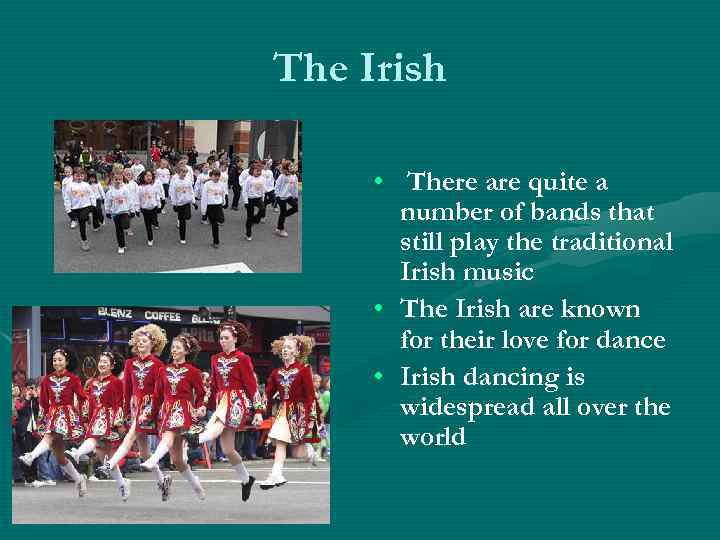 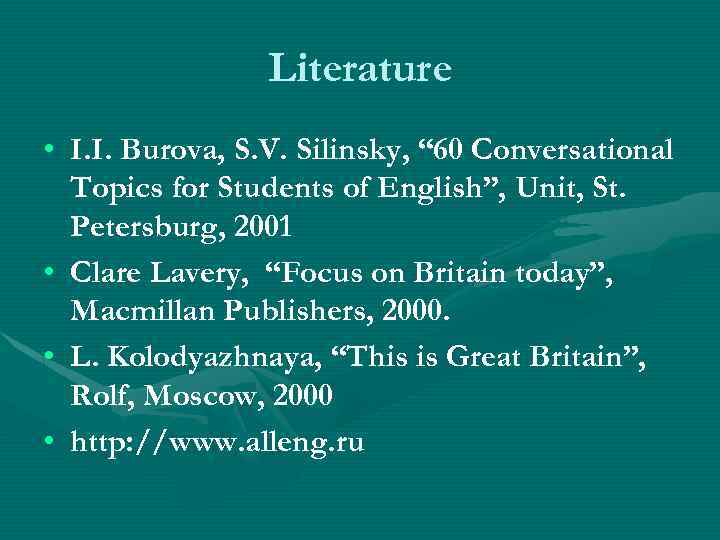 The English are reputed to have a good sense of humour. Their limericks demonstrate it well. There was an Old Man on some rocks, Who shut his wife up in a box. When she said, "Let me out, " He exclaimed, "Without doubt, You will pass all your life in that box. "

The English • Every Englishman is said to be a countryman at his heart • Love to nature is shown in landscapes painted by John Constable, Thomas Gainsborough, William Hogarth and William Turner

The Scots • Scotland is a country with its dances, its own songs, its poetry, national food and drink • Highland games are events held throughout the year as a way of celebrating Scottish and Celtic culture and heritage

The Scots • Scottish folk music includes many kinds of songs such as ballads and laments sung by a single singer with bagpipes, fiddles or harps accompaniment

The Welsh • The Welsh are proud of their language • They are gifted in the art of selfexpression in words, they are not afraid of being poetic in speech

The Welsh • There is much literary, musical and dramatic activity in Wales • Special festivals are held to encourage Welsh literature and music

The Welsh • A nursery rhyme is a traditional song or poem taught to young children, originally in the nursery • Russian poets liked to translate them into Russian • Everybody knows Humpty Dumpty. Thehouse Jack , that built There was a crooked man , ma