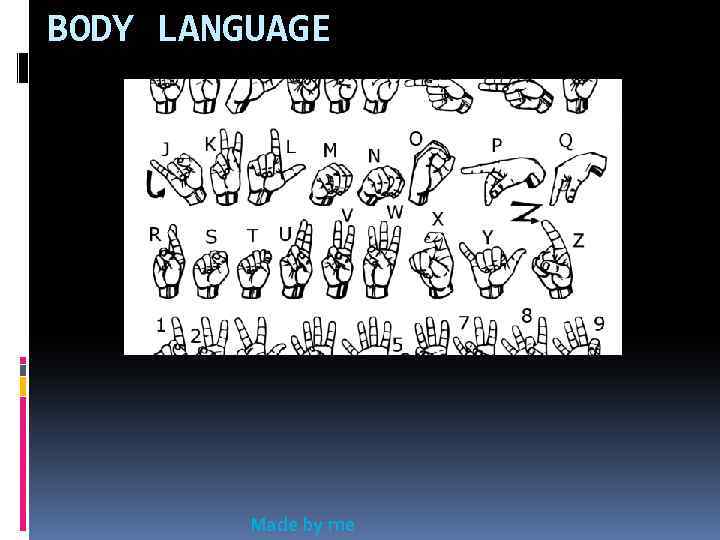 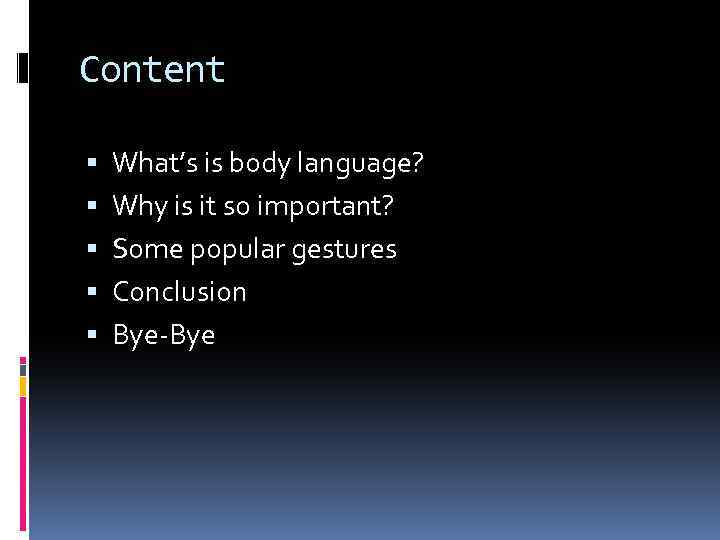 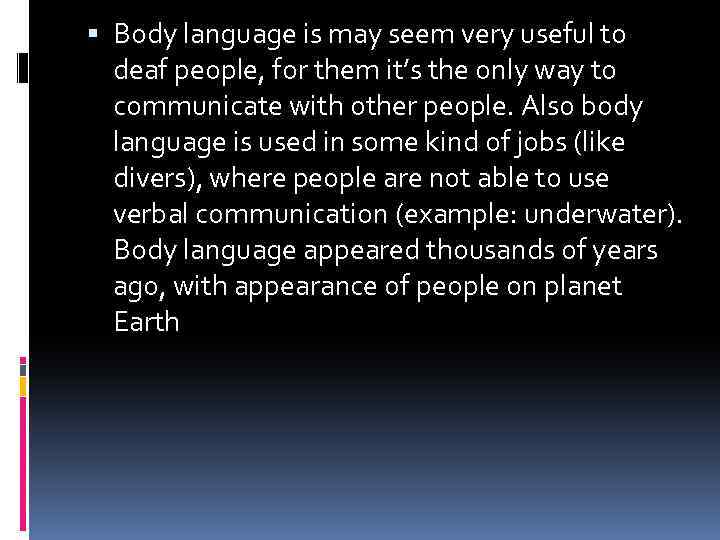 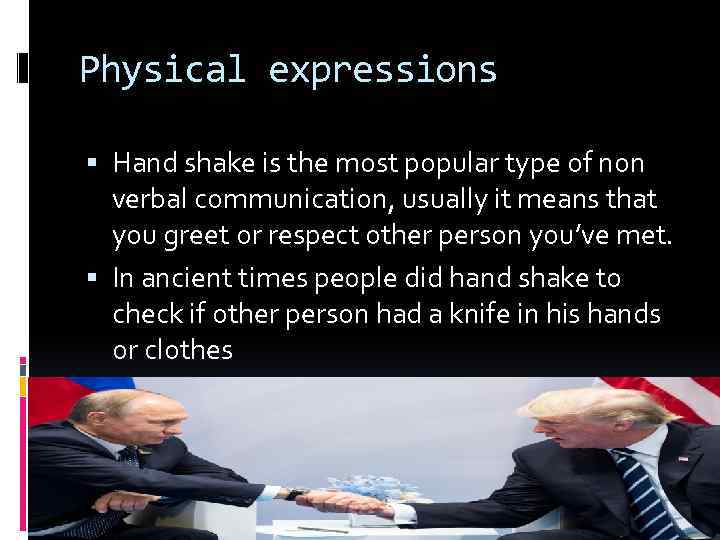 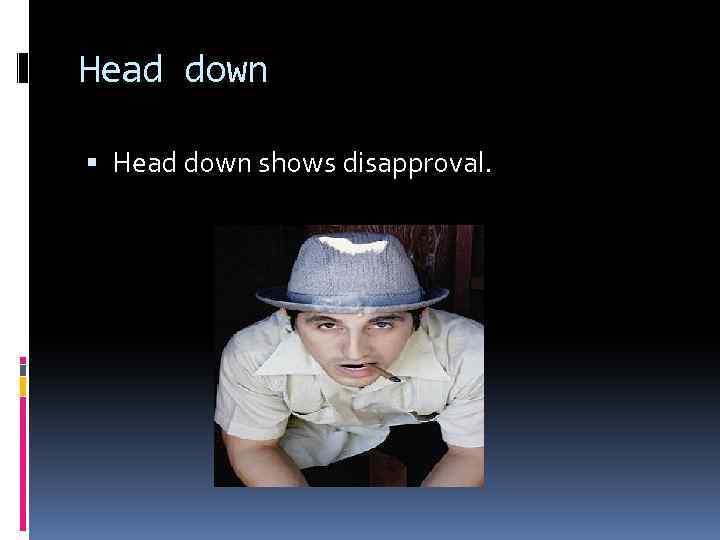 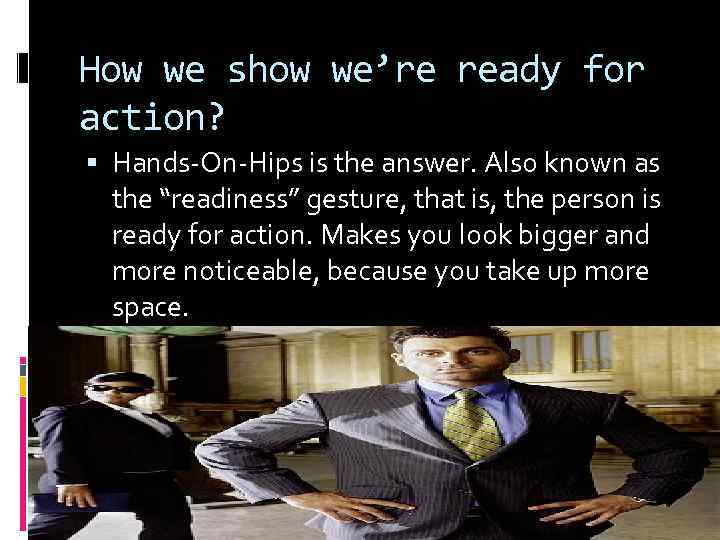 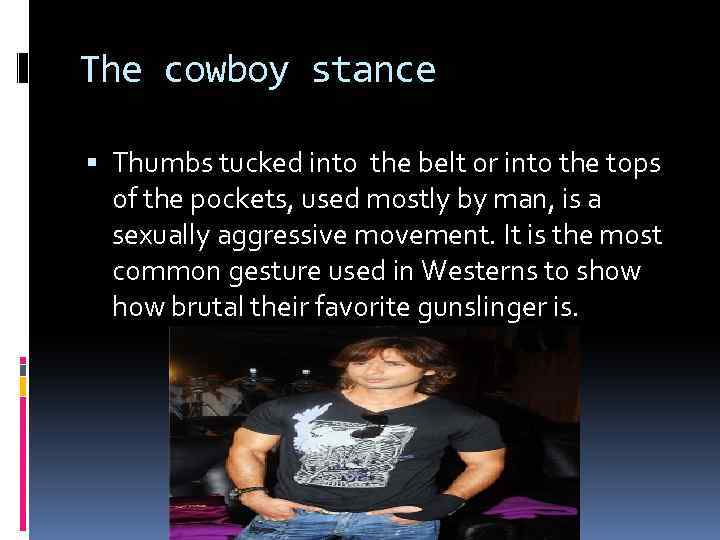 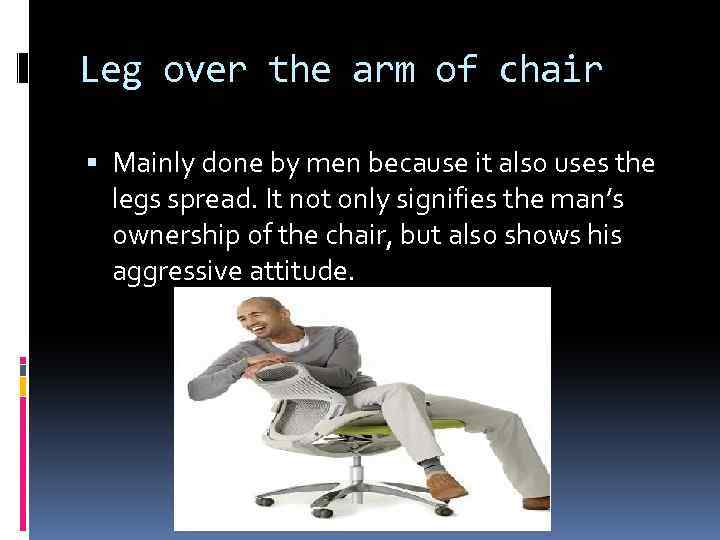 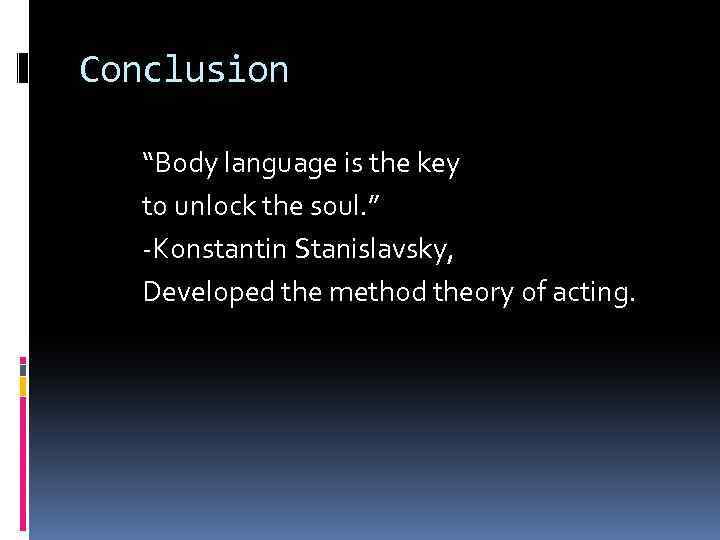 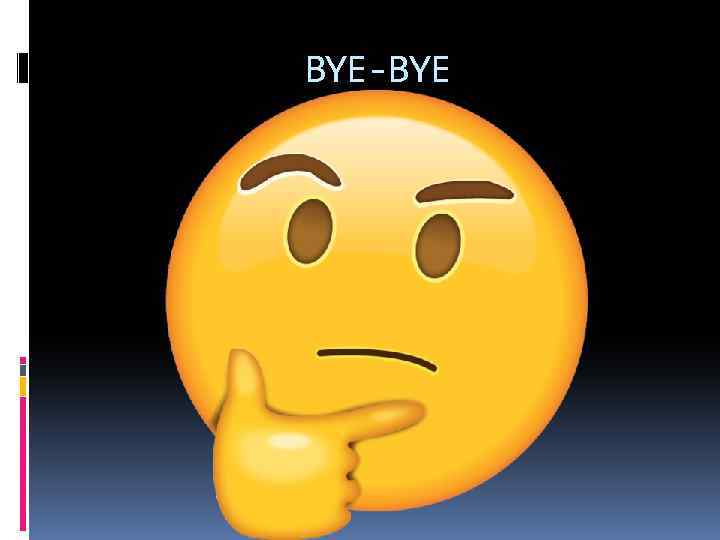 Скачать презентацию BODY LANGUAGE Made by me Content What s

BODY LANGUAGE Made by me

Content What’s is body language? Why is it so important? Some popular gestures Conclusion Bye-Bye

Body language is a type of non-verbal communication in which physical behavior, as opposed to words, are used to express or convey information. Such behavior includes facial expressions, body posture, gestures, eye movement, touch and the use of space.

Body language is may seem very useful to deaf people, for them it’s the only way to communicate with other people. Also body language is used in some kind of jobs (like divers), where people are not able to use verbal communication (example: underwater). Body language appeared thousands of years ago, with appearance of people on planet Earth

Physical expressions Hand shake is the most popular type of non verbal communication, usually it means that you greet or respect other person you’ve met. In ancient times people did hand shake to check if other person had a knife in his hands or clothes

How we show we’re ready for action? Hands-On-Hips is the answer. Also known as the “readiness” gesture, that is, the person is ready for action. Makes you look bigger and more noticeable, because you take up more space.

The cowboy stance Thumbs tucked into the belt or into the tops of the pockets, used mostly by man, is a sexually aggressive movement. It is the most common gesture used in Westerns to show brutal their favorite gunslinger is.

Leg over the arm of chair Mainly done by men because it also uses the legs spread. It not only signifies the man’s ownership of the chair, but also shows his aggressive attitude.

Conclusion “Body language is the key to unlock the soul. ” -Konstantin Stanislavsky, Developed the method theory of acting.