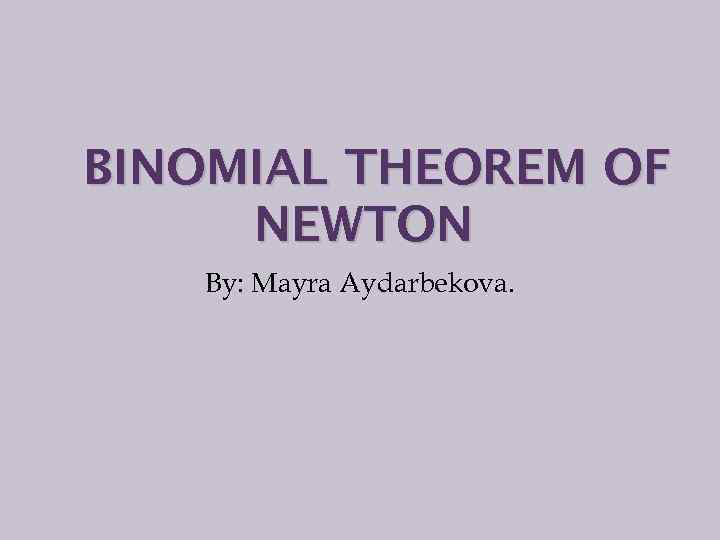 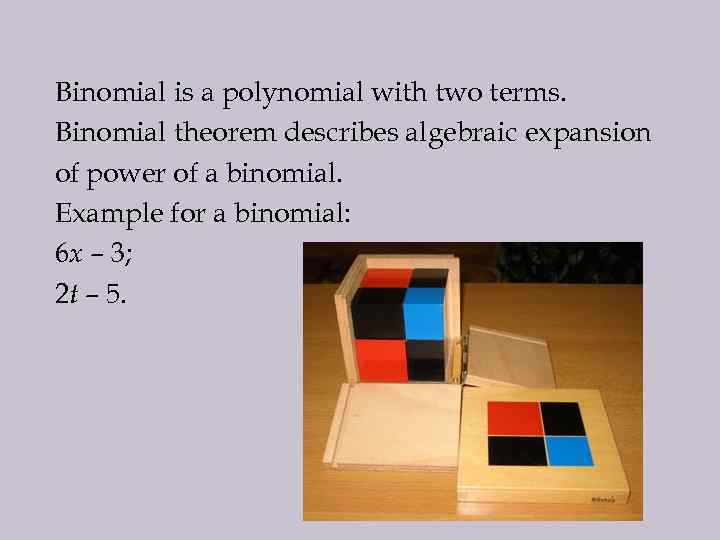 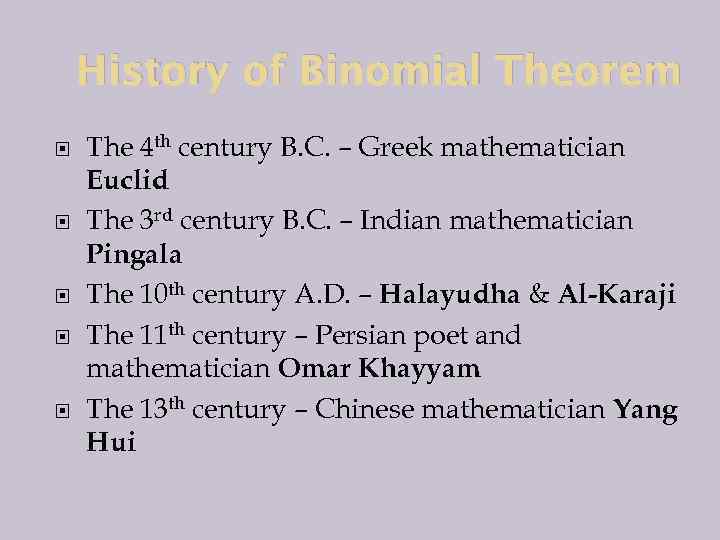 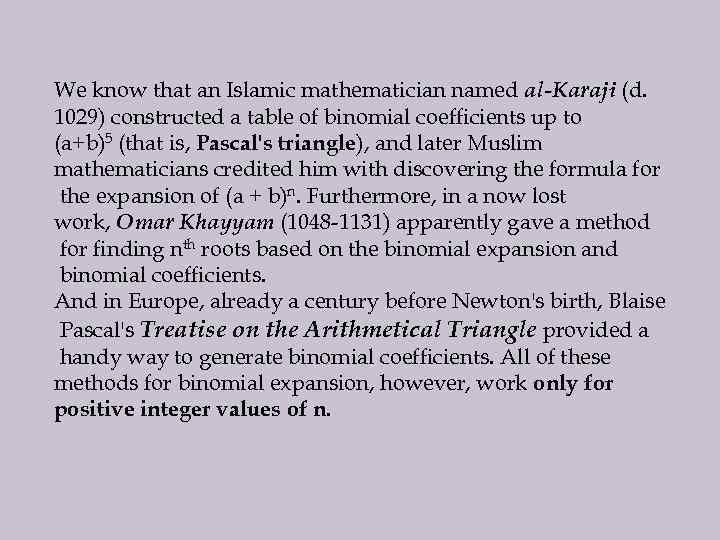 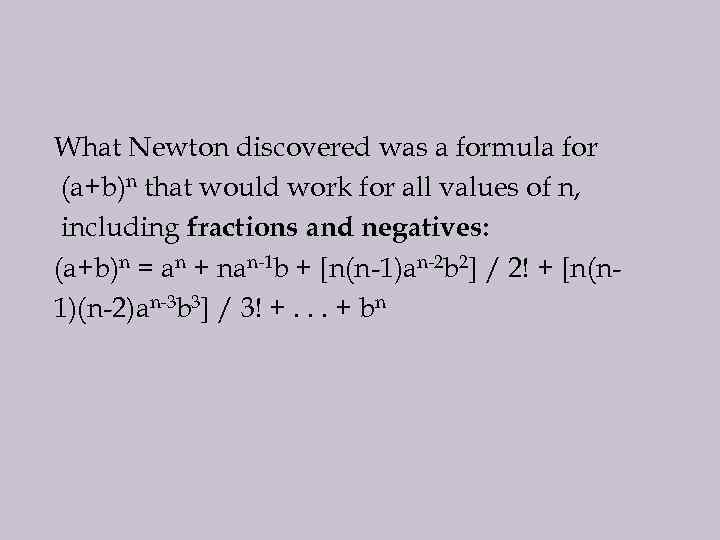 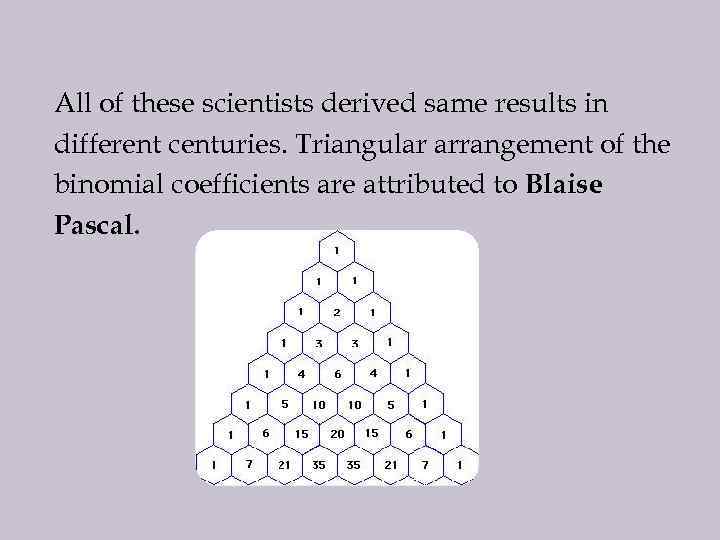 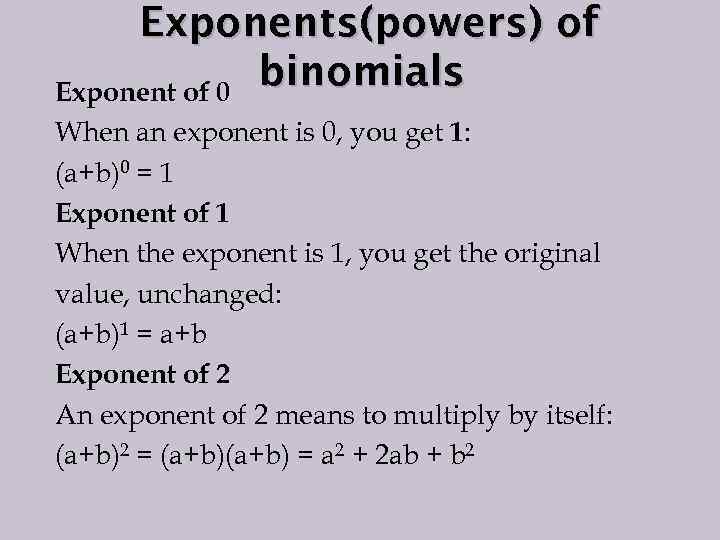 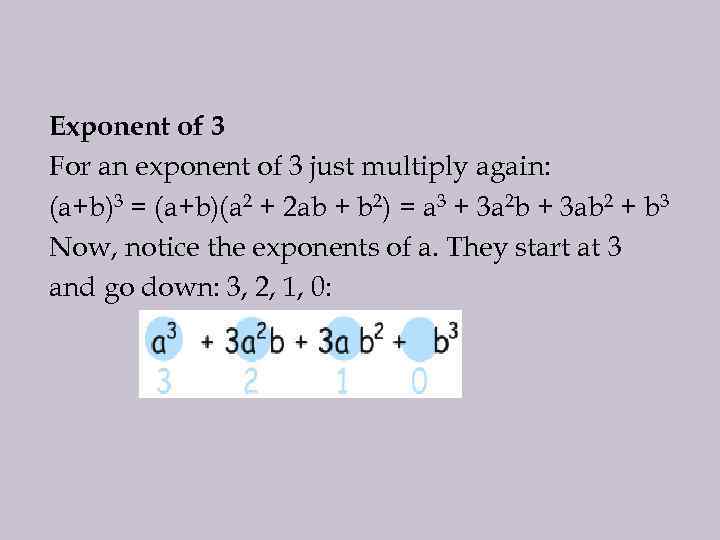 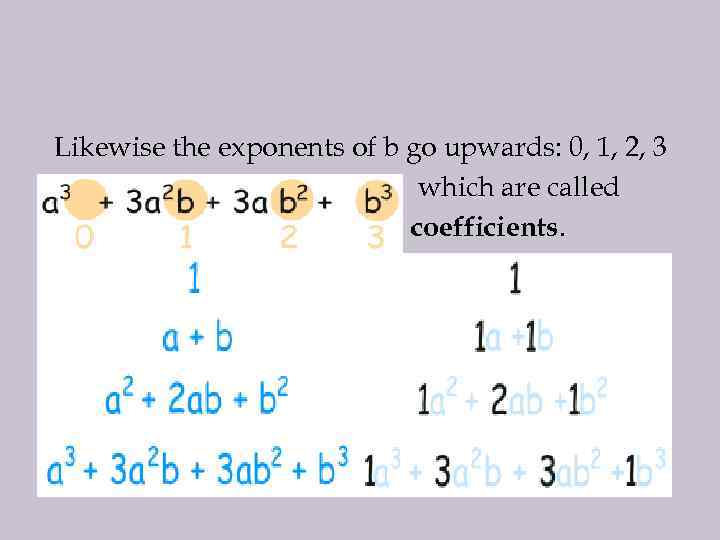 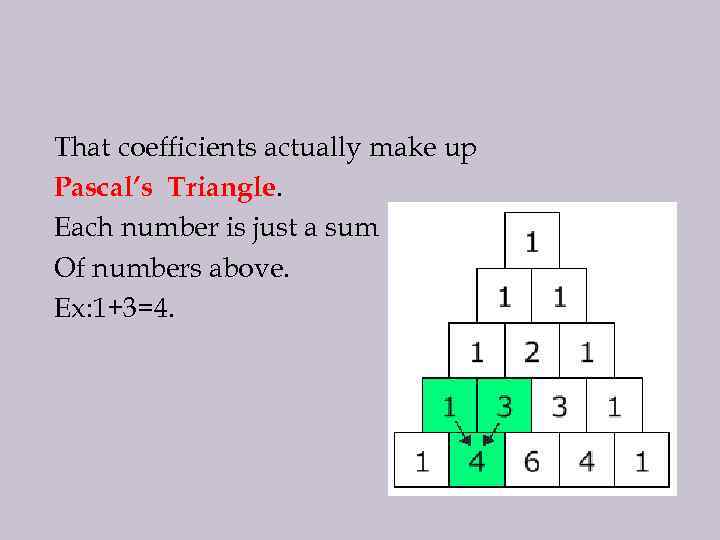 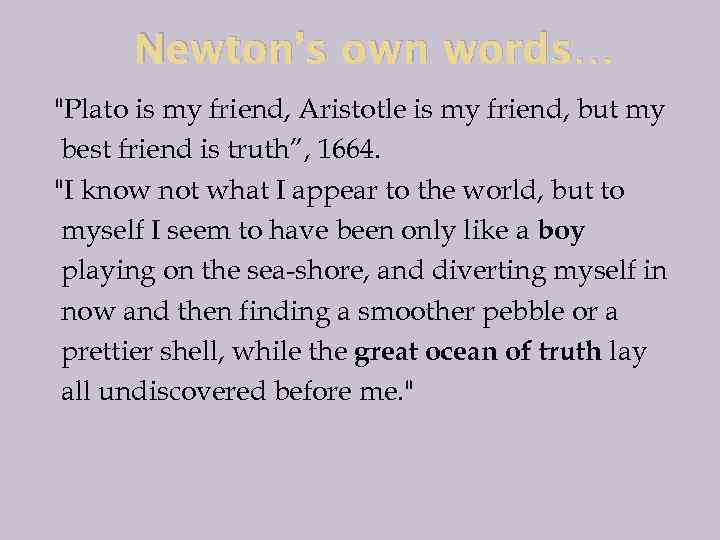 Binomial is a polynomial with two terms. Binomial theorem describes algebraic expansion of power of a binomial. Example for a binomial: 6 x – 3; 2 t – 5.

We know that an Islamic mathematician named al-Karaji (d. 1029) constructed a table of binomial coefficients up to (a+b)5 (that is, Pascal's triangle), and later Muslim mathematicians credited him with discovering the formula for the expansion of (a + b)n. Furthermore, in a now lost work, Omar Khayyam (1048 -1131) apparently gave a method for finding nth roots based on the binomial expansion and binomial coefficients. And in Europe, already a century before Newton's birth, Blaise Pascal's Treatise on the Arithmetical Triangle provided a handy way to generate binomial coefficients. All of these methods for binomial expansion, however, work only for positive integer values of n.

All of these scientists derived same results in different centuries. Triangular arrangement of the binomial coefficients are attributed to Blaise Pascal.

Likewise the exponents of b go upwards: 0, 1, 2, 3 which are called coefficients.

That coefficients actually make up Pascal’s Triangle. Each number is just a sum Of numbers above. Ex: 1+3=4.

Newton’s own words… "Plato is my friend, Aristotle is my friend, but my best friend is truth”, 1664. "I know not what I appear to the world, but to myself I seem to have been only like a boy playing on the sea-shore, and diverting myself in now and then finding a smoother pebble or a prettier shell, while the great ocean of truth lay all undiscovered before me. "