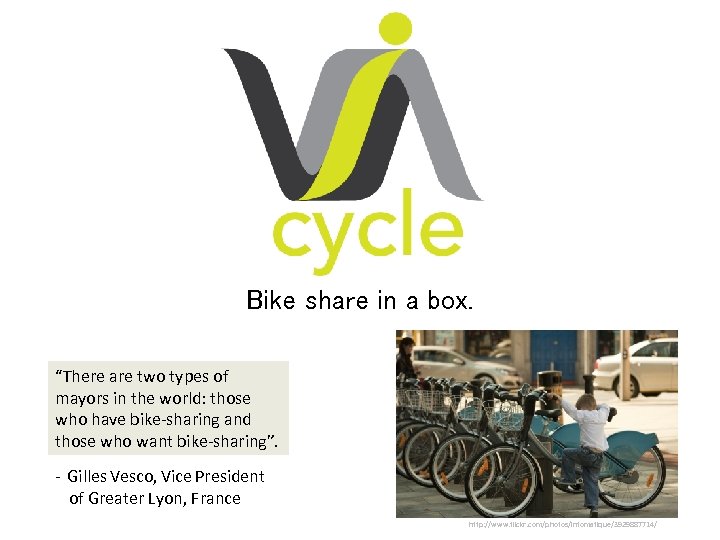 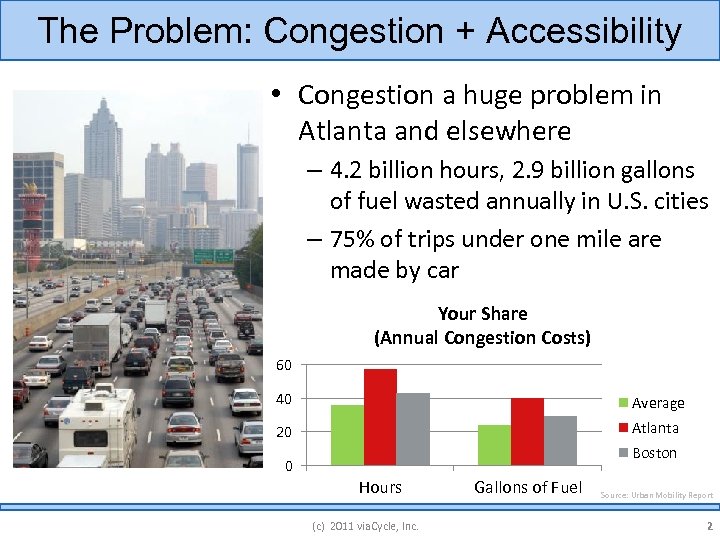 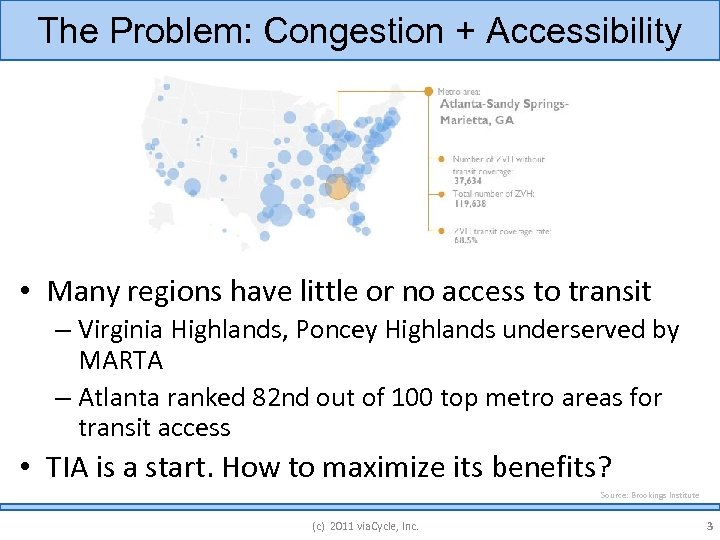 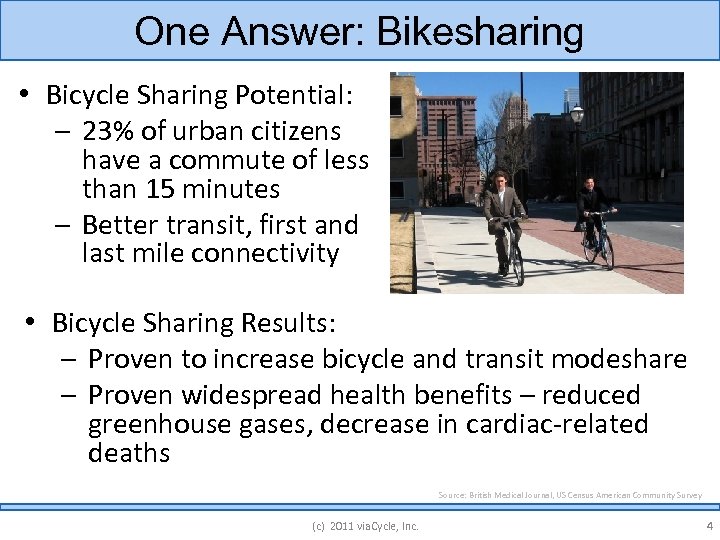 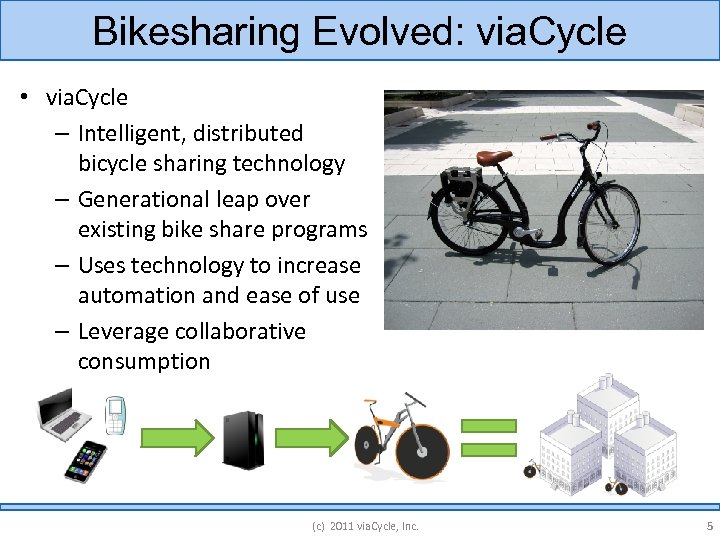 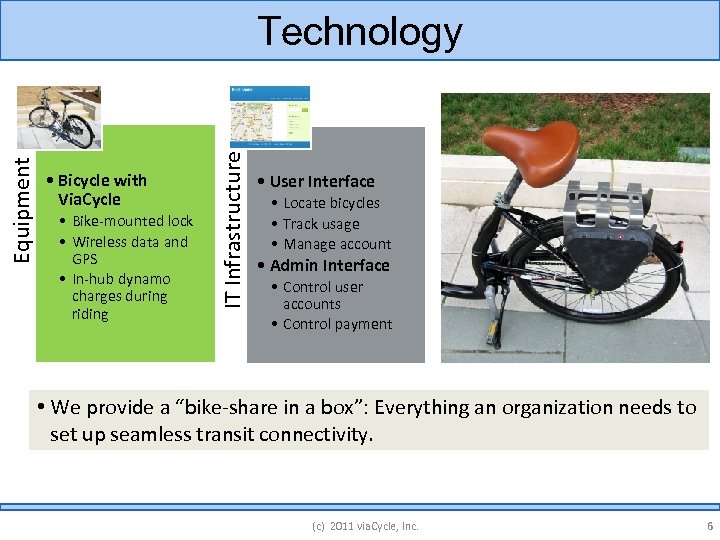 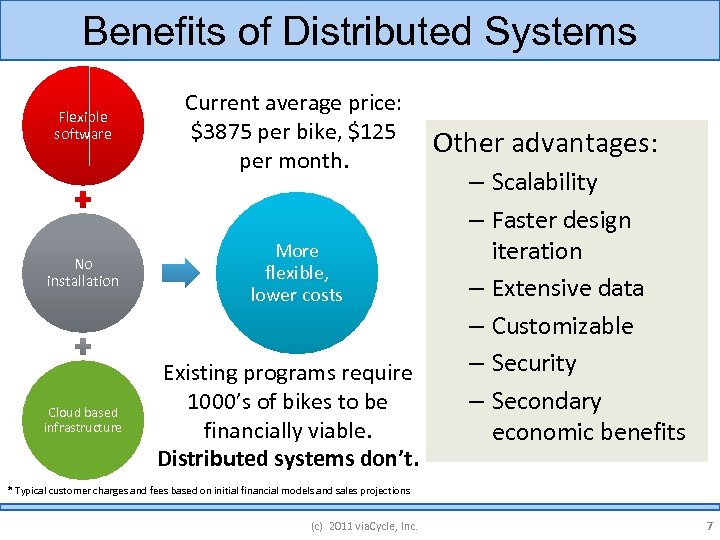 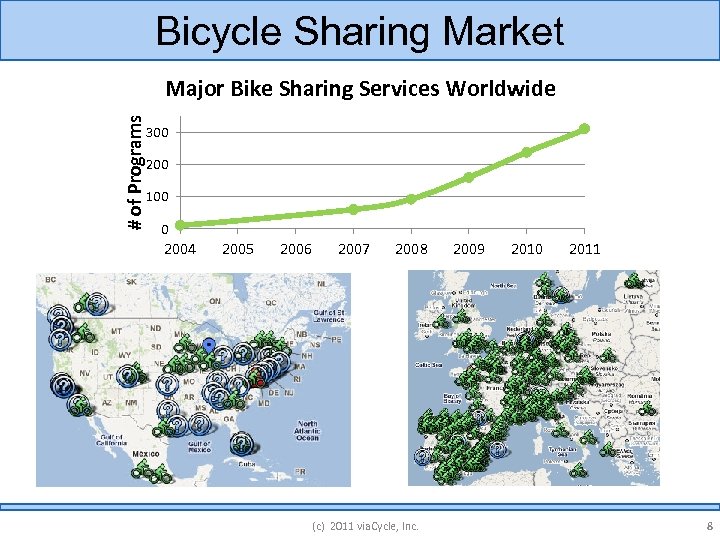 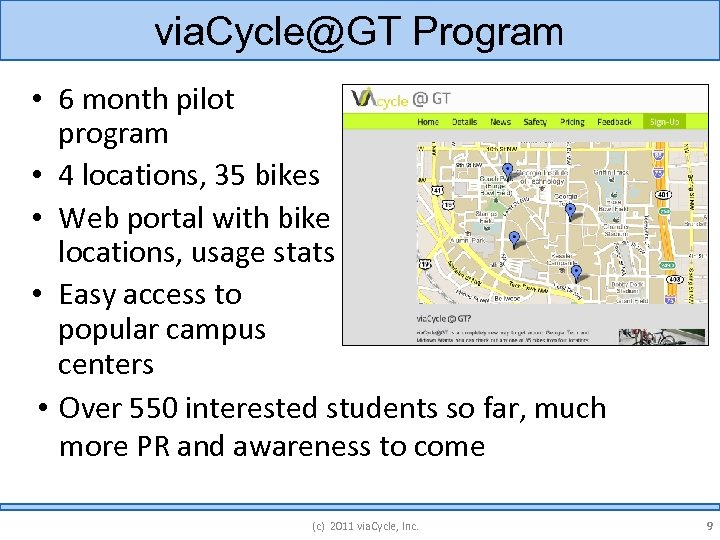 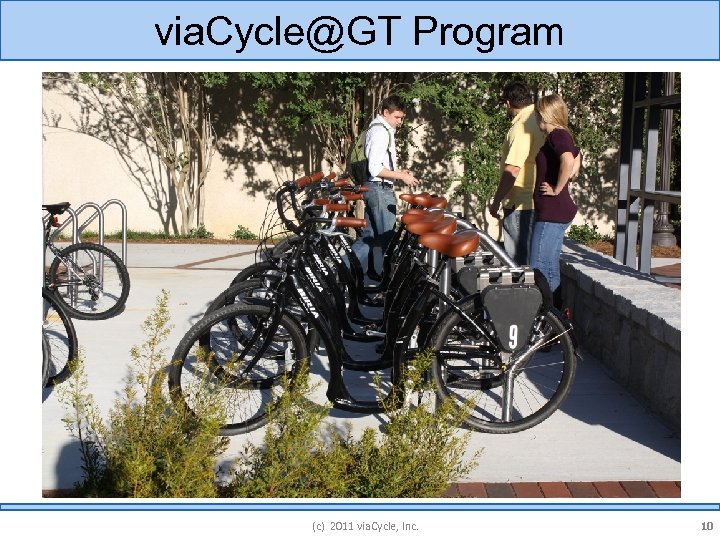 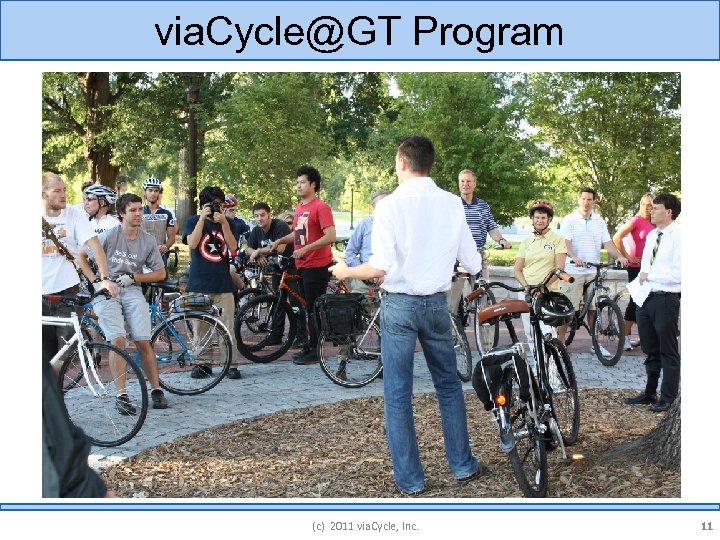 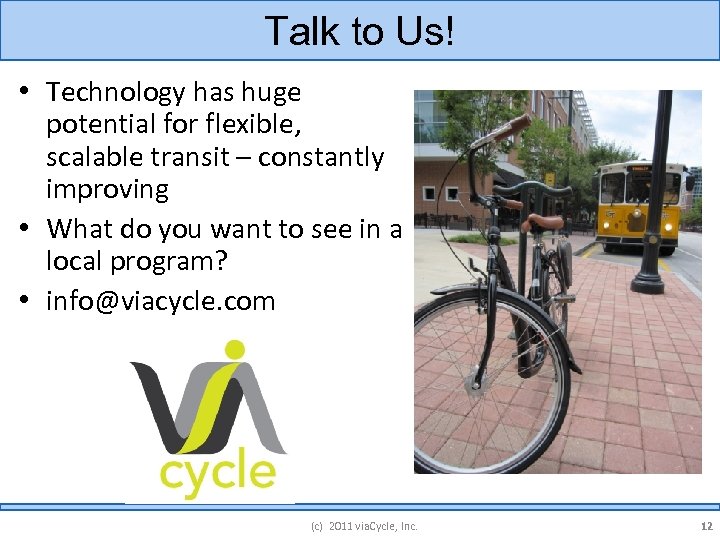 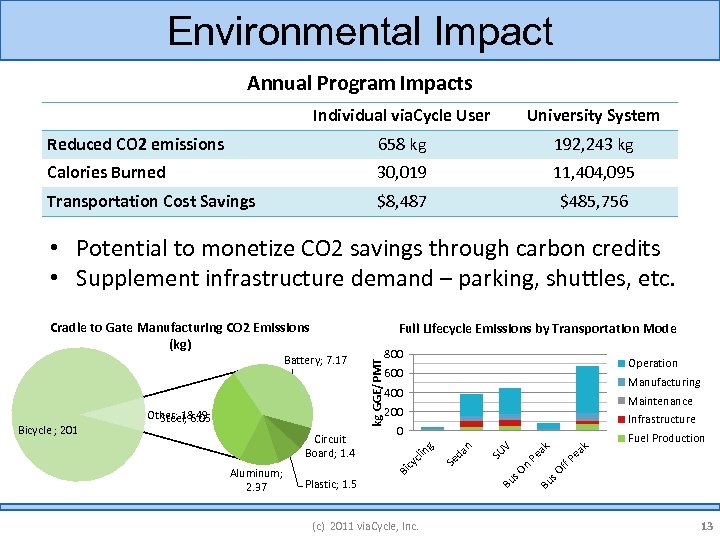 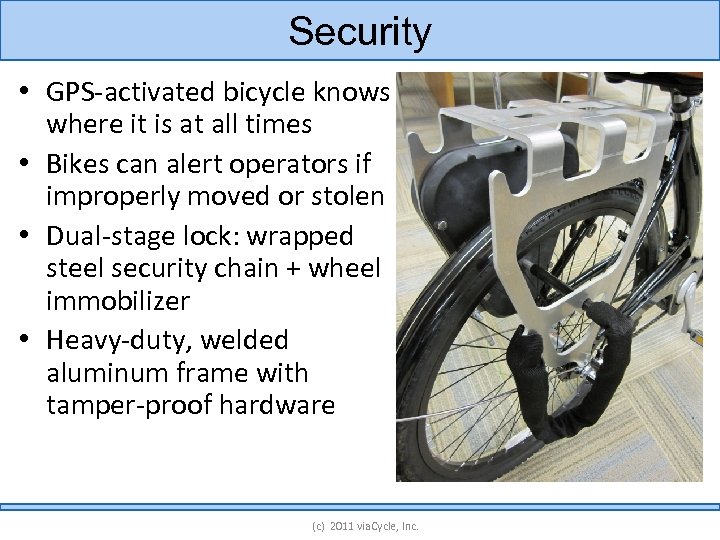 Скачать презентацию Bike share in a box There are two

Bike share in a box. “There are two types of mayors in the world: those who have bike-sharing and those who want bike-sharing”. - Gilles Vesco, Vice President of Greater Lyon, France http: //www. flickr. com/photos/infomatique/3929887714/

The Problem: Congestion + Accessibility • Congestion a huge problem in Atlanta and elsewhere – 4. 2 billion hours, 2. 9 billion gallons of fuel wasted annually in U. S. cities – 75% of trips under one mile are made by car Your Share (Annual Congestion Costs) 60 40 Average 20 Atlanta Boston 0 Hours (c) 2011 via. Cycle, Inc. Gallons of Fuel Source: Urban Mobility Report 2

The Problem: Congestion + Accessibility • Many regions have little or no access to transit – Virginia Highlands, Poncey Highlands underserved by MARTA – Atlanta ranked 82 nd out of 100 top metro areas for transit access • TIA is a start. How to maximize its benefits? Source: Brookings Institute (c) 2011 via. Cycle, Inc. 3

Talk to Us! • Technology has huge potential for flexible, scalable transit – constantly improving • What do you want to see in a local program? • [email protected] com (c) 2011 via. Cycle, Inc. 12