Behold I am he who was prepared from 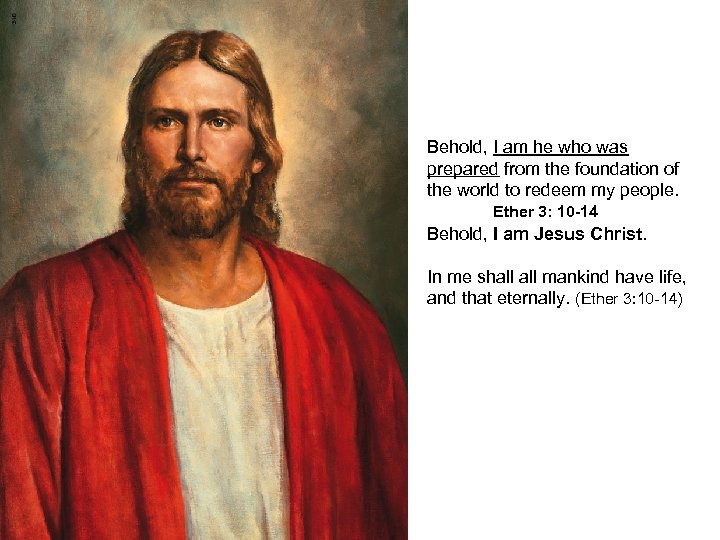 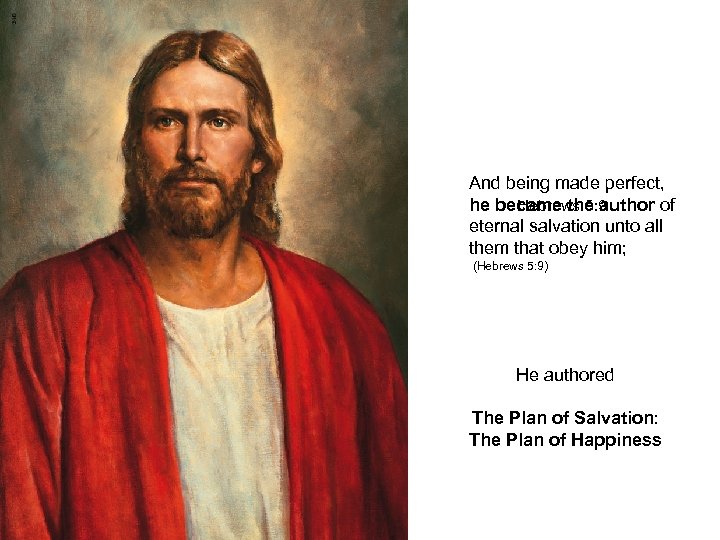 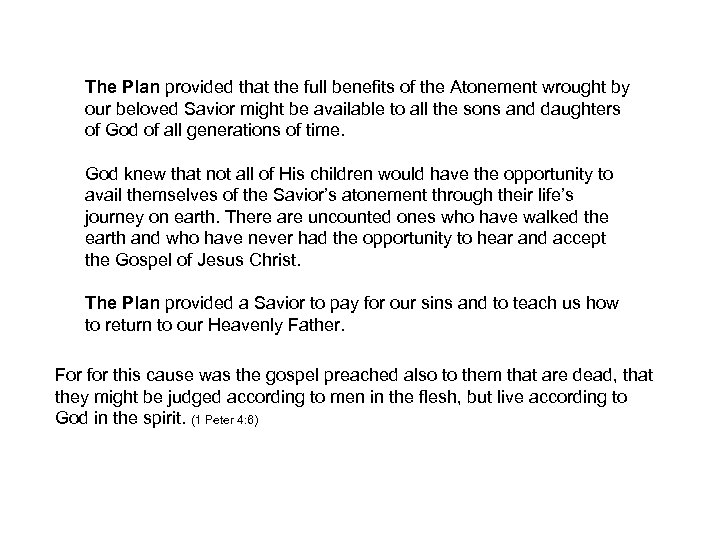 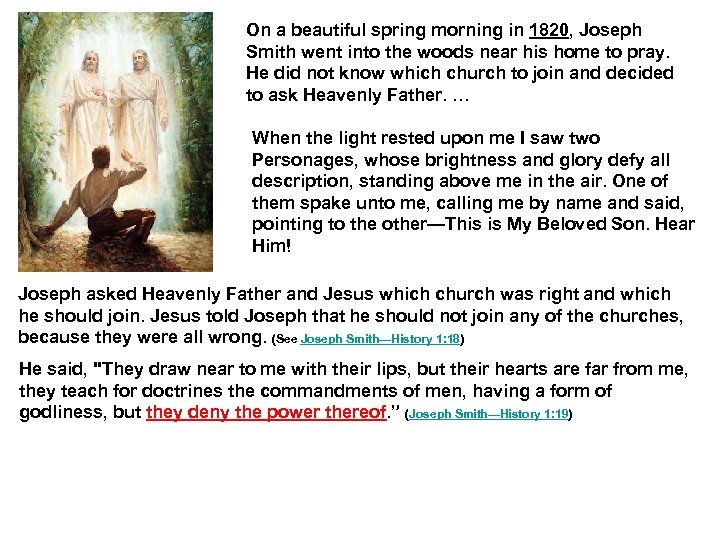 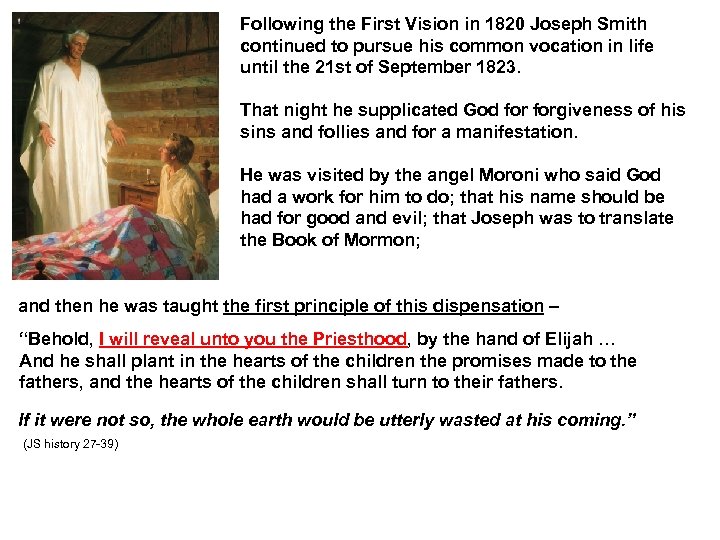 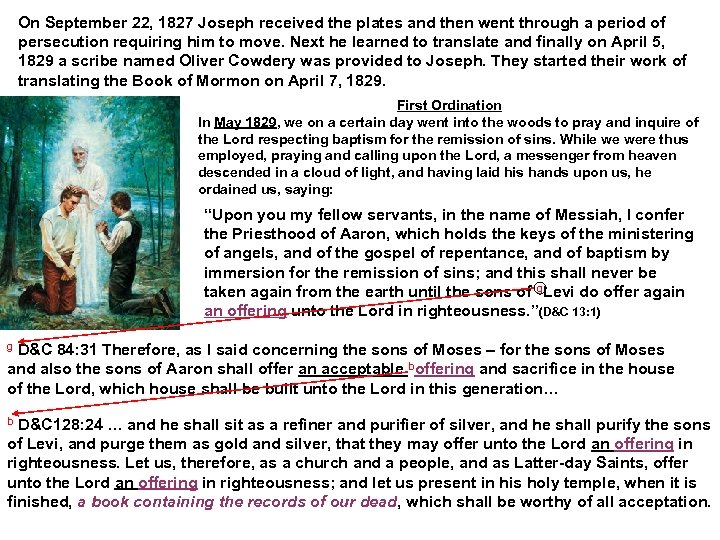 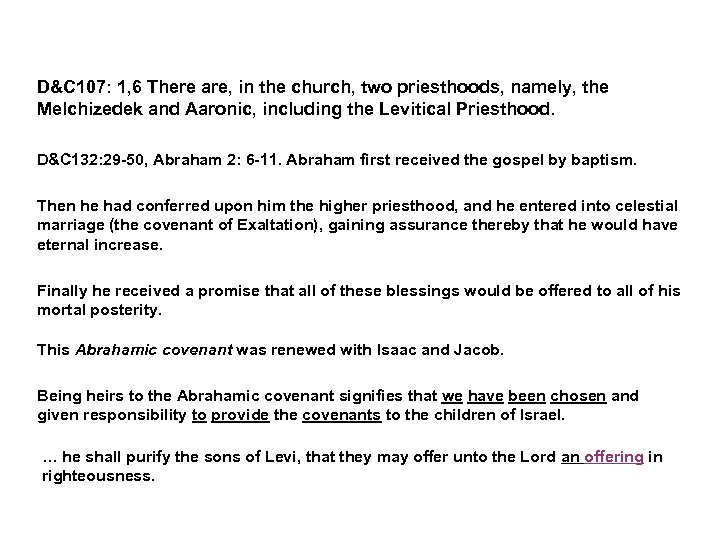 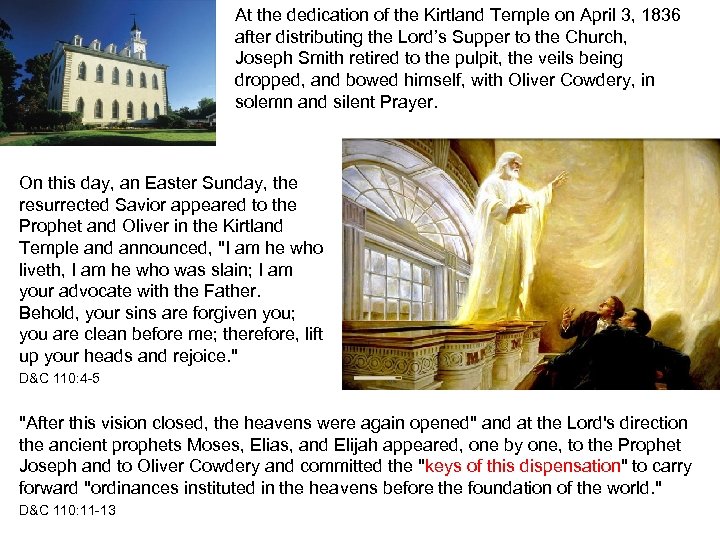 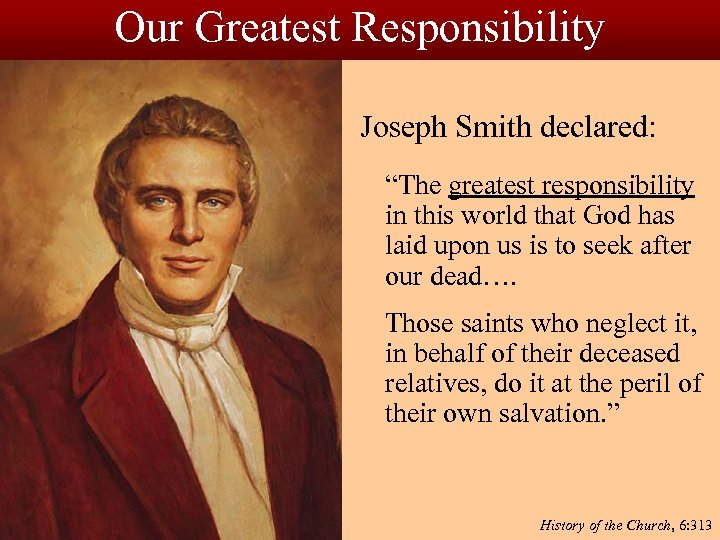 Скачать презентацию Behold I am he who was prepared from

And being made perfect, he became the author of Hebrews 5: 9 eternal salvation unto all them that obey him; (Hebrews 5: 9) He authored The Plan of Salvation: The Plan of Happiness

The Plan provided that the full benefits of the Atonement wrought by our beloved Savior might be available to all the sons and daughters of God of all generations of time. God knew that not all of His children would have the opportunity to avail themselves of the Savior’s atonement through their life’s journey on earth. There are uncounted ones who have walked the earth and who have never had the opportunity to hear and accept the Gospel of Jesus Christ. The Plan provided a Savior to pay for our sins and to teach us how to return to our Heavenly Father. For for this cause was the gospel preached also to them that are dead, that they might be judged according to men in the flesh, but live according to God in the spirit. (1 Peter 4: 6)

On a beautiful spring morning in 1820, Joseph Smith went into the woods near his home to pray. He did not know which church to join and decided to ask Heavenly Father. … When the light rested upon me I saw two Personages, whose brightness and glory defy all description, standing above me in the air. One of them spake unto me, calling me by name and said, pointing to the other—This is My Beloved Son. Hear Him! Joseph asked Heavenly Father and Jesus which church was right and which he should join. Jesus told Joseph that he should not join any of the churches, because they were all wrong. (See Joseph Smith—History 1: 18) He said, "They draw near to me with their lips, but their hearts are far from me, they teach for doctrines the commandments of men, having a form of godliness, but they deny the power thereof. ” (Joseph Smith—History 1: 19)

Following the First Vision in 1820 Joseph Smith continued to pursue his common vocation in life until the 21 st of September 1823. That night he supplicated God forgiveness of his sins and follies and for a manifestation. He was visited by the angel Moroni who said God had a work for him to do; that his name should be had for good and evil; that Joseph was to translate the Book of Mormon; and then he was taught the first principle of this dispensation – “Behold, I will reveal unto you the Priesthood, by the hand of Elijah … And he shall plant in the hearts of the children the promises made to the fathers, and the hearts of the children shall turn to their fathers. If it were not so, the whole earth would be utterly wasted at his coming. ” (JS history 27 -39)

On September 22, 1827 Joseph received the plates and then went through a period of persecution requiring him to move. Next he learned to translate and finally on April 5, 1829 a scribe named Oliver Cowdery was provided to Joseph. They started their work of translating the Book of Mormon on April 7, 1829. First Ordination In May 1829, we on a certain day went into the woods to pray and inquire of the Lord respecting baptism for the remission of sins. While we were thus employed, praying and calling upon the Lord, a messenger from heaven descended in a cloud of light, and having laid his hands upon us, he ordained us, saying: “Upon you my fellow servants, in the name of Messiah, I confer the Priesthood of Aaron, which holds the keys of the ministering of angels, and of the gospel of repentance, and of baptism by immersion for the remission of sins; and this shall never be taken again from the earth until the sons of g. Levi do offer again an offering unto the Lord in righteousness. ”(D&C 13: 1) D&C 84: 31 Therefore, as I said concerning the sons of Moses – for the sons of Moses and also the sons of Aaron shall offer an acceptable boffering and sacrifice in the house of the Lord, which house shall be built unto the Lord in this generation… g D&C 128: 24 … and he shall sit as a refiner and purifier of silver, and he shall purify the sons of Levi, and purge them as gold and silver, that they may offer unto the Lord an offering in righteousness. Let us, therefore, as a church and a people, and as Latter-day Saints, offer unto the Lord an offering in righteousness; and let us present in his holy temple, when it is finished, a book containing the records of our dead, which shall be worthy of all acceptation. b

D&C 107: 1, 6 There are, in the church, two priesthoods, namely, the Melchizedek and Aaronic, including the Levitical Priesthood. D&C 132: 29 -50, Abraham 2: 6 -11. Abraham first received the gospel by baptism. Then he had conferred upon him the higher priesthood, and he entered into celestial marriage (the covenant of Exaltation), gaining assurance thereby that he would have eternal increase. Finally he received a promise that all of these blessings would be offered to all of his mortal posterity. This Abrahamic covenant was renewed with Isaac and Jacob. Being heirs to the Abrahamic covenant signifies that we have been chosen and given responsibility to provide the covenants to the children of Israel. … he shall purify the sons of Levi, that they may offer unto the Lord an offering in righteousness.

At the dedication of the Kirtland Temple on April 3, 1836 after distributing the Lord’s Supper to the Church, Joseph Smith retired to the pulpit, the veils being dropped, and bowed himself, with Oliver Cowdery, in solemn and silent Prayer. On this day, an Easter Sunday, the resurrected Savior appeared to the Prophet and Oliver in the Kirtland Temple and announced, "I am he who liveth, I am he who was slain; I am your advocate with the Father. Behold, your sins are forgiven you; you are clean before me; therefore, lift up your heads and rejoice. " D&C 110: 4 -5 "After this vision closed, the heavens were again opened" and at the Lord's direction the ancient prophets Moses, Elias, and Elijah appeared, one by one, to the Prophet Joseph and to Oliver Cowdery and committed the "keys of this dispensation" to carry forward "ordinances instituted in the heavens before the foundation of the world. " D&C 110: 11 -13

Our Greatest Responsibility Joseph Smith declared: “The greatest responsibility in this world that God has laid upon us is to seek after our dead…. Those saints who neglect it, in behalf of their deceased relatives, do it at the peril of their own salvation. ” History of the Church, 6: 313

Arrival at the port. Pilotage. Prior to