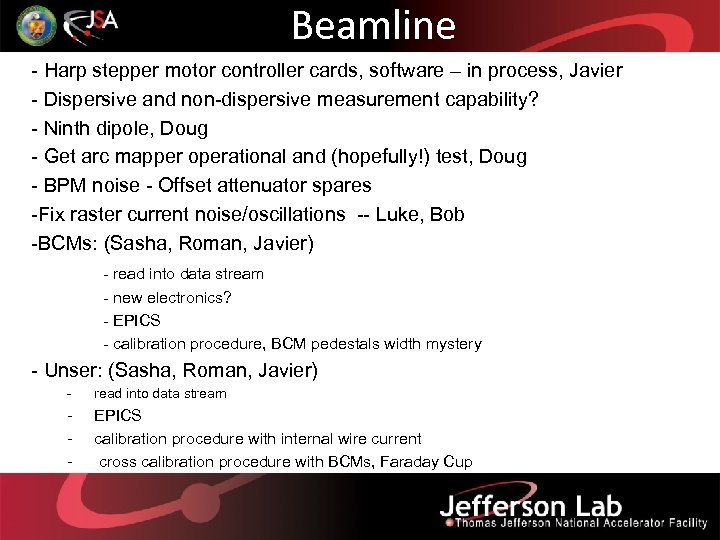 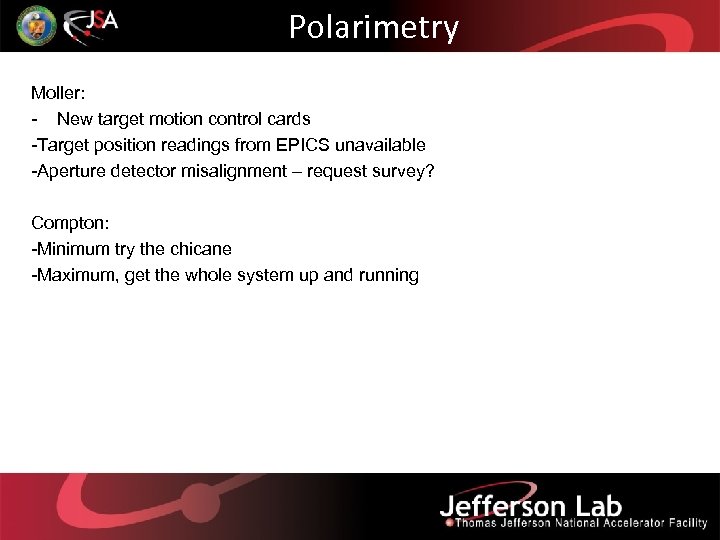 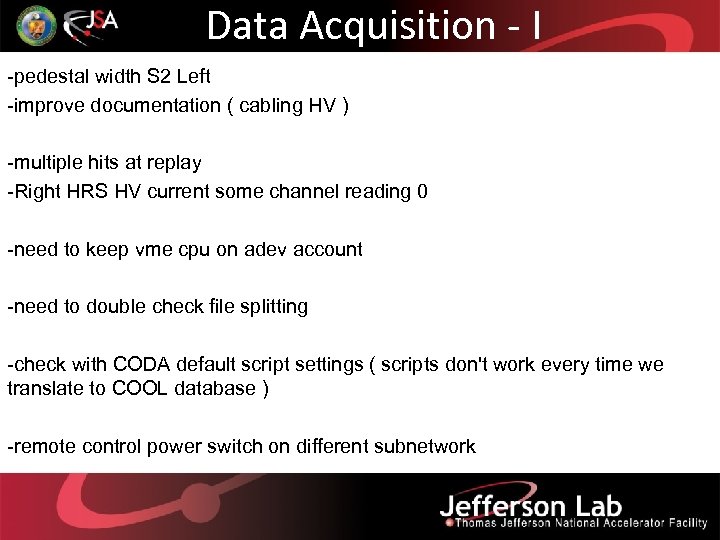 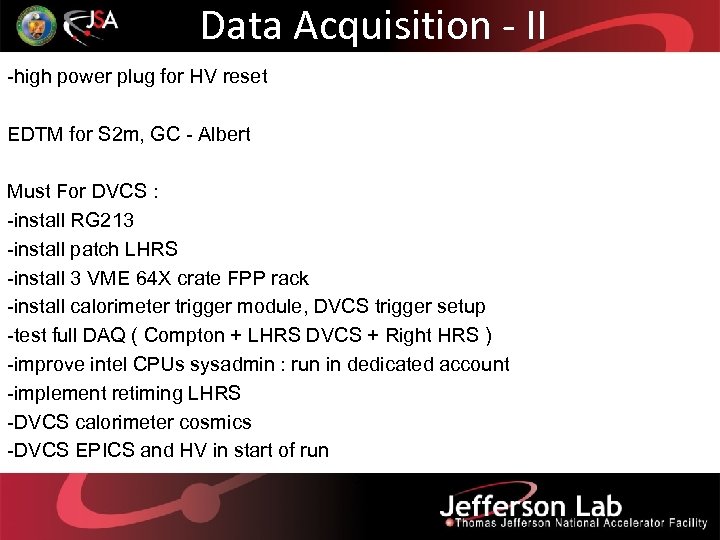 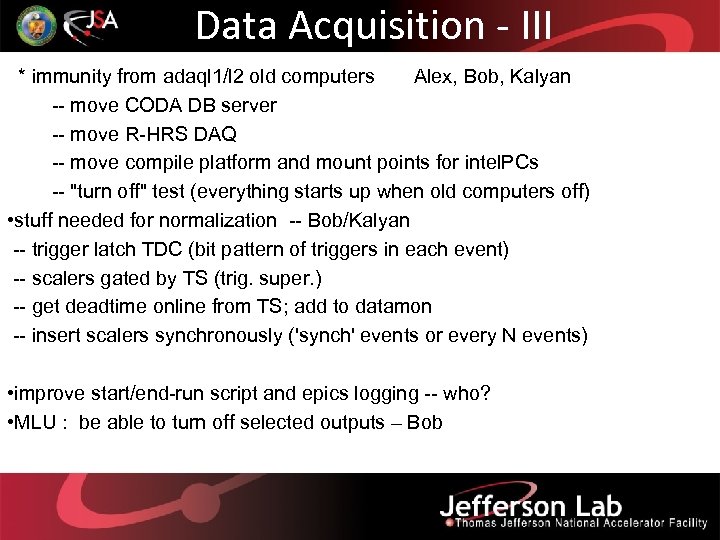 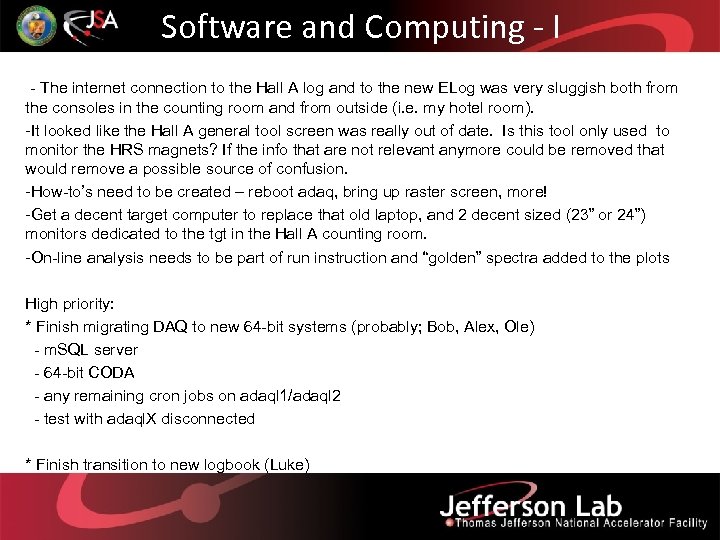 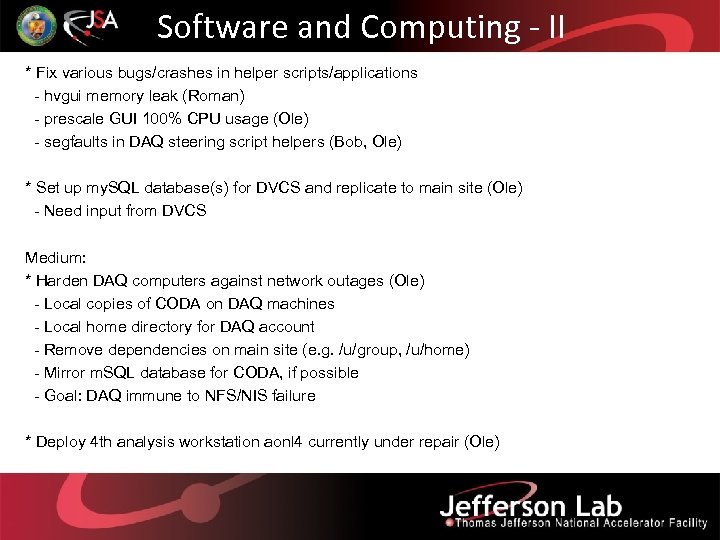 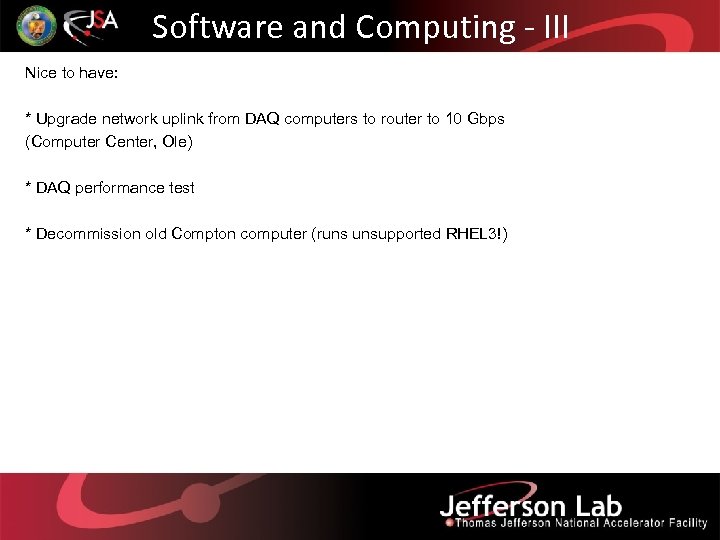 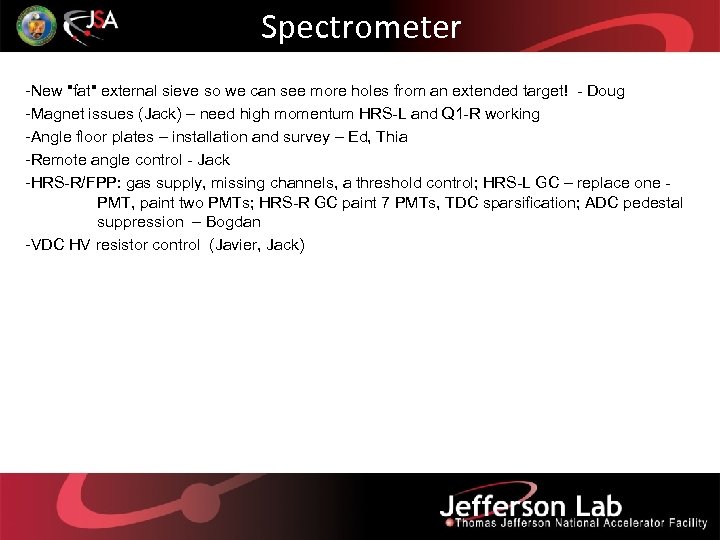 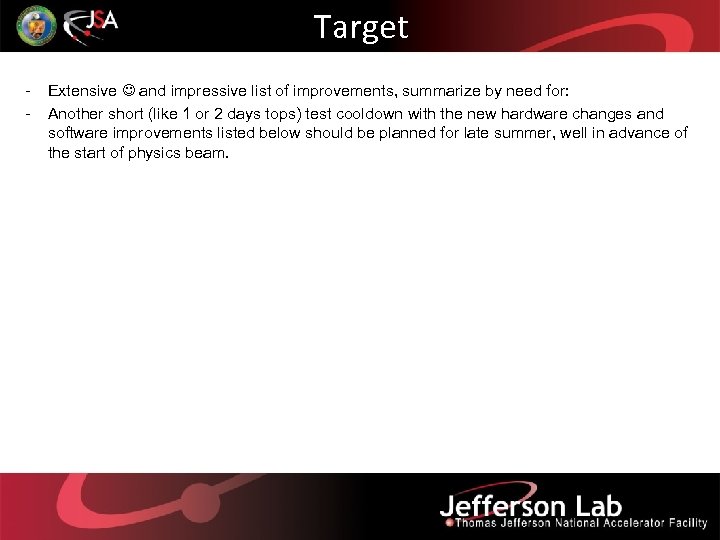 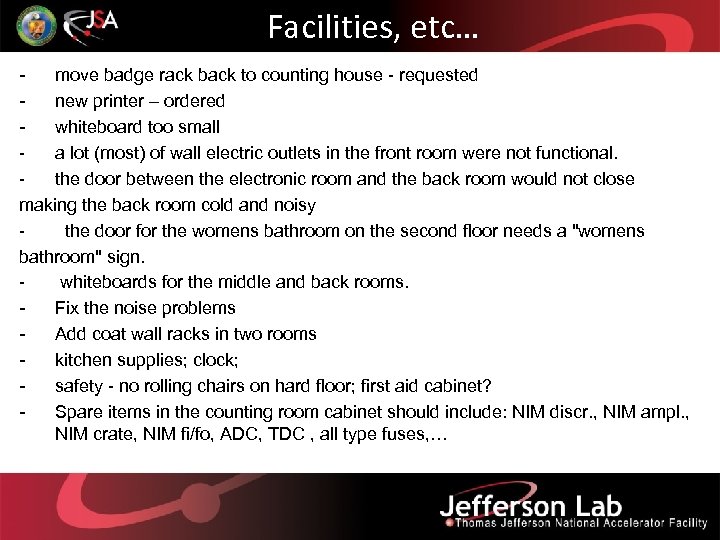 Software and Computing - I - The internet connection to the Hall A log and to the new ELog was very sluggish both from the consoles in the counting room and from outside (i. e. my hotel room). -It looked like the Hall A general tool screen was really out of date. Is this tool only used to monitor the HRS magnets? If the info that are not relevant anymore could be removed that would remove a possible source of confusion. -How-to’s need to be created – reboot adaq, bring up raster screen, more! -Get a decent target computer to replace that old laptop, and 2 decent sized (23” or 24”) monitors dedicated to the tgt in the Hall A counting room. -On-line analysis needs to be part of run instruction and “golden” spectra added to the plots High priority: * Finish migrating DAQ to new 64 -bit systems (probably; Bob, Alex, Ole) - m. SQL server - 64 -bit CODA - any remaining cron jobs on adaql 1/adaql 2 - test with adaql. X disconnected * Finish transition to new logbook (Luke)

Target - Extensive and impressive list of improvements, summarize by need for: Another short (like 1 or 2 days tops) test cooldown with the new hardware changes and software improvements listed below should be planned for late summer, well in advance of the start of physics beam.

Facilities, etc… move badge rack back to counting house - requested new printer – ordered whiteboard too small - a lot (most) of wall electric outlets in the front room were not functional. - the door between the electronic room and the back room would not close making the back room cold and noisy - the door for the womens bathroom on the second floor needs a "womens bathroom" sign. - whiteboards for the middle and back rooms. Fix the noise problems Add coat wall racks in two rooms kitchen supplies; clock; safety - no rolling chairs on hard floor; first aid cabinet? Spare items in the counting room cabinet should include: NIM discr. , NIM ampl. , NIM crate, NIM fi/fo, ADC, TDC , all type fuses, …