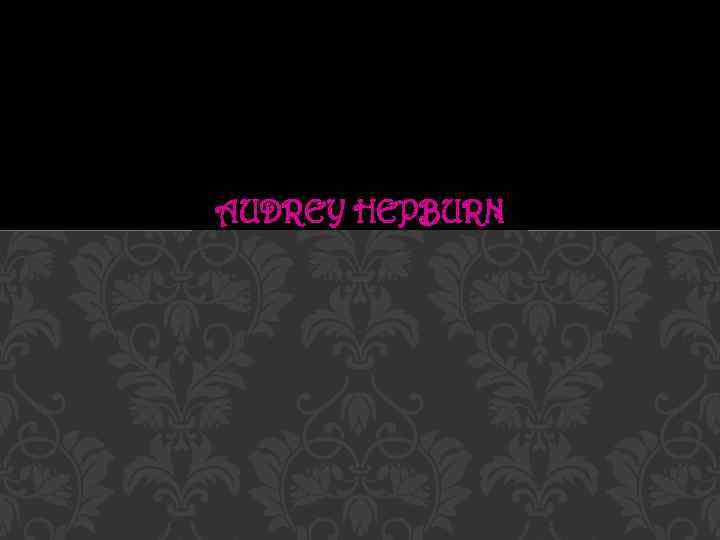 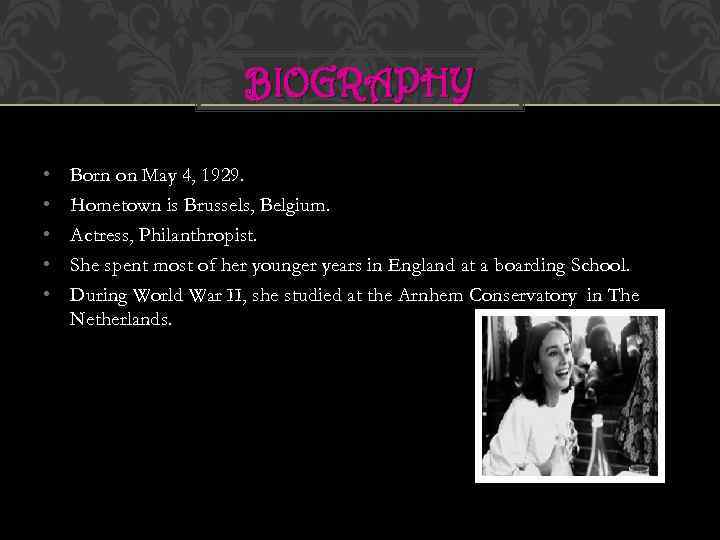 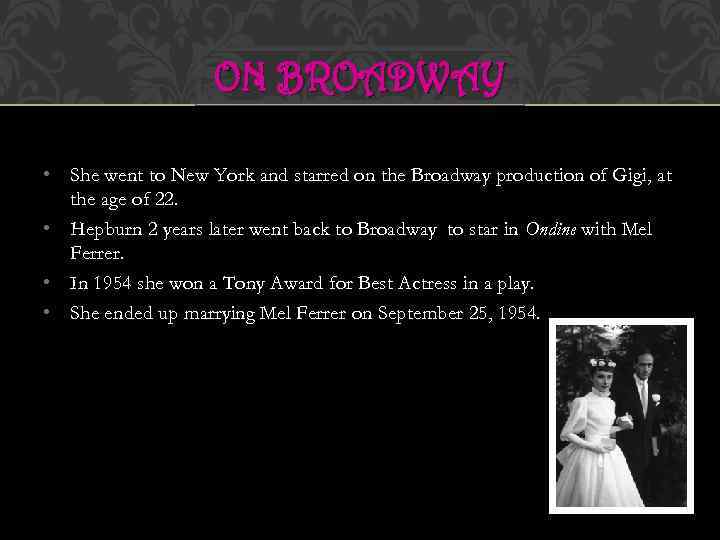 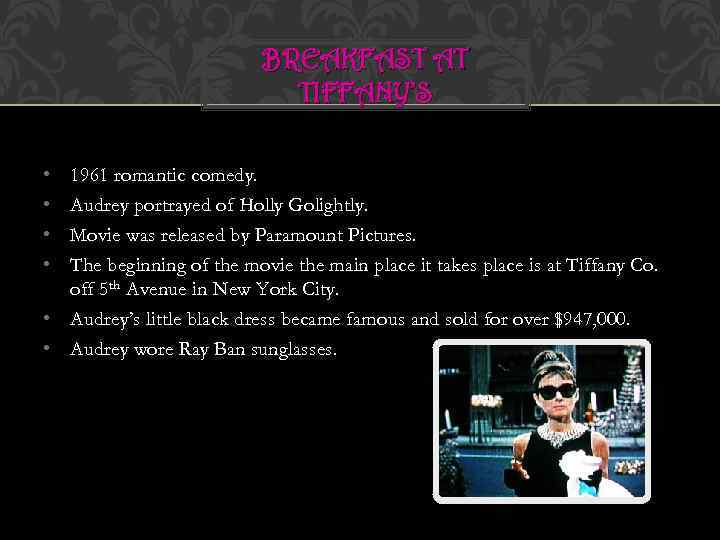 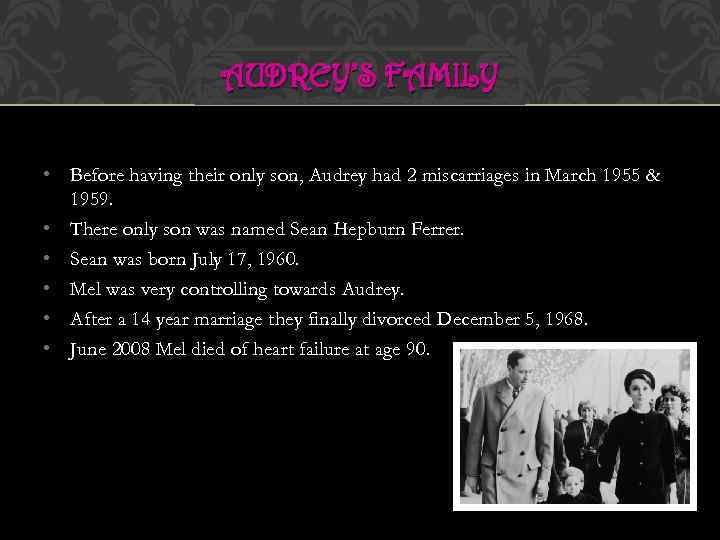 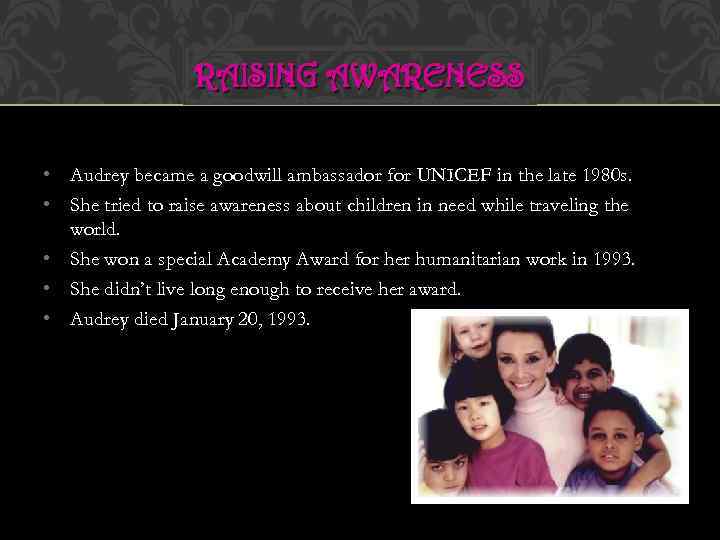 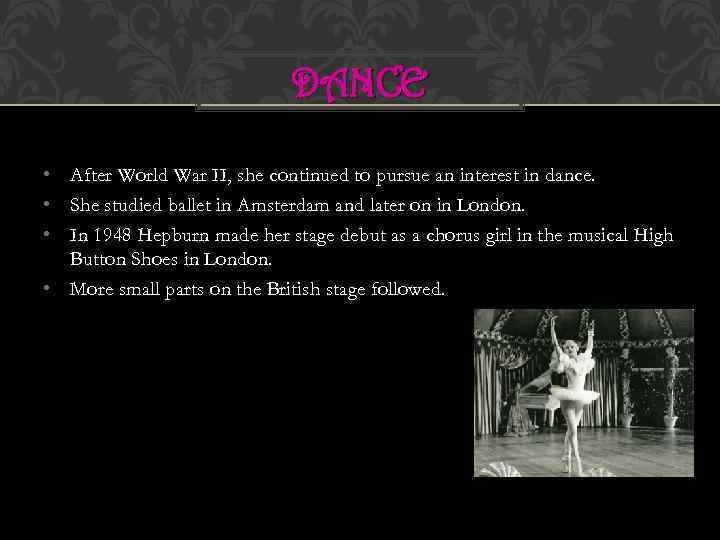 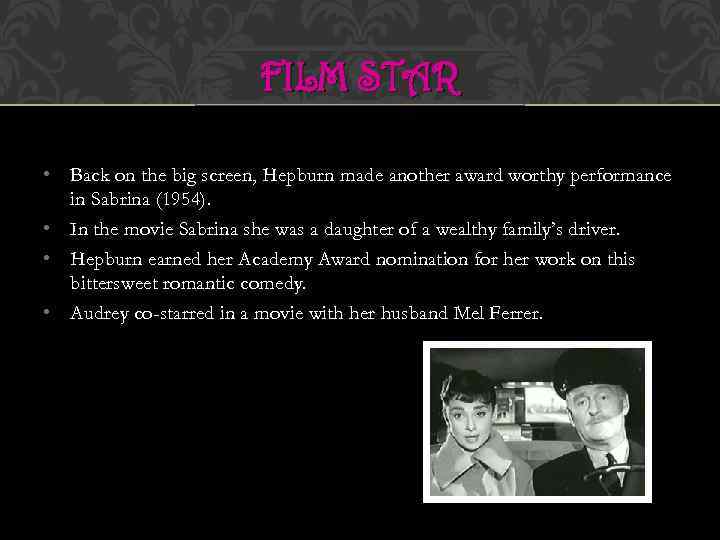 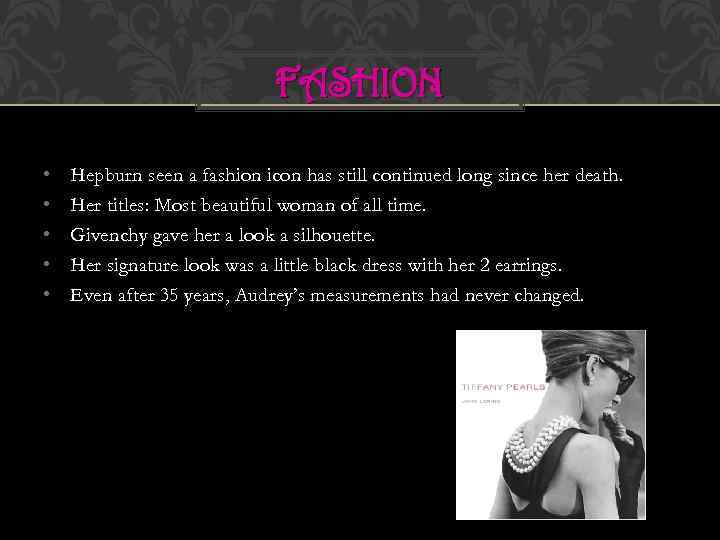 BIOGRAPHY • • • Born on May 4, 1929. Hometown is Brussels, Belgium. Actress, Philanthropist. She spent most of her younger years in England at a boarding School. During World War II, she studied at the Arnhem Conservatory in The Netherlands.

ON BROADWAY • She went to New York and starred on the Broadway production of Gigi, at the age of 22. • Hepburn 2 years later went back to Broadway to star in Ondine with Mel Ferrer. • In 1954 she won a Tony Award for Best Actress in a play. • She ended up marrying Mel Ferrer on September 25, 1954.

BREAKFAST AT TIFFANY’S • • 1961 romantic comedy. Audrey portrayed of Holly Golightly. Movie was released by Paramount Pictures. The beginning of the movie the main place it takes place is at Tiffany Co. off 5 th Avenue in New York City. • Audrey’s little black dress became famous and sold for over $947, 000. • Audrey wore Ray Ban sunglasses.

RAISING AWARENESS • Audrey became a goodwill ambassador for UNICEF in the late 1980 s. • She tried to raise awareness about children in need while traveling the world. • She won a special Academy Award for her humanitarian work in 1993. • She didn’t live long enough to receive her award. • Audrey died January 20, 1993.

DANCE • After World War II, she continued to pursue an interest in dance. • She studied ballet in Amsterdam and later on in London. • In 1948 Hepburn made her stage debut as a chorus girl in the musical High Button Shoes in London. • More small parts on the British stage followed.

FILM STAR • Back on the big screen, Hepburn made another award worthy performance in Sabrina (1954). • In the movie Sabrina she was a daughter of a wealthy family’s driver. • Hepburn earned her Academy Award nomination for her work on this bittersweet romantic comedy. • Audrey co-starred in a movie with her husband Mel Ferrer.

FASHION • • • Hepburn seen a fashion icon has still continued long since her death. Her titles: Most beautiful woman of all time. Givenchy gave her a look a silhouette. Her signature look was a little black dress with her 2 earrings. Even after 35 years, Audrey’s measurements had never changed.