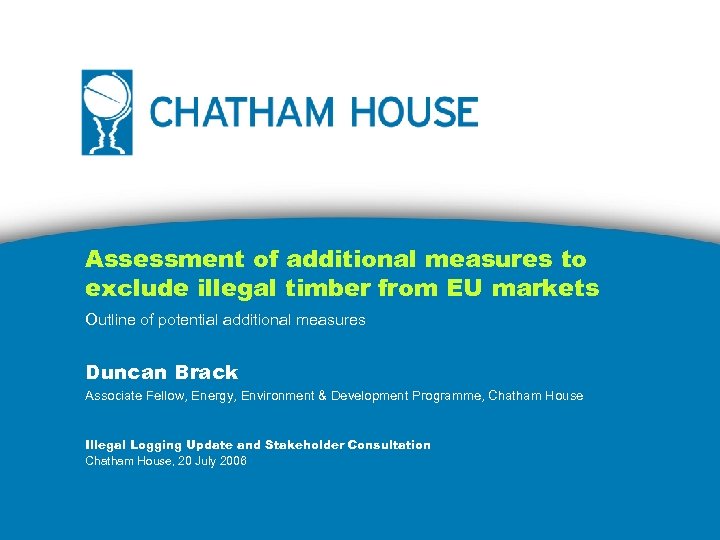 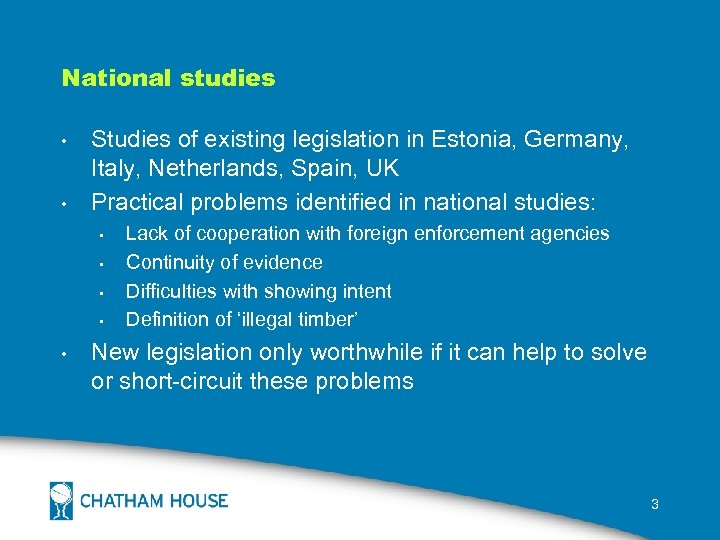 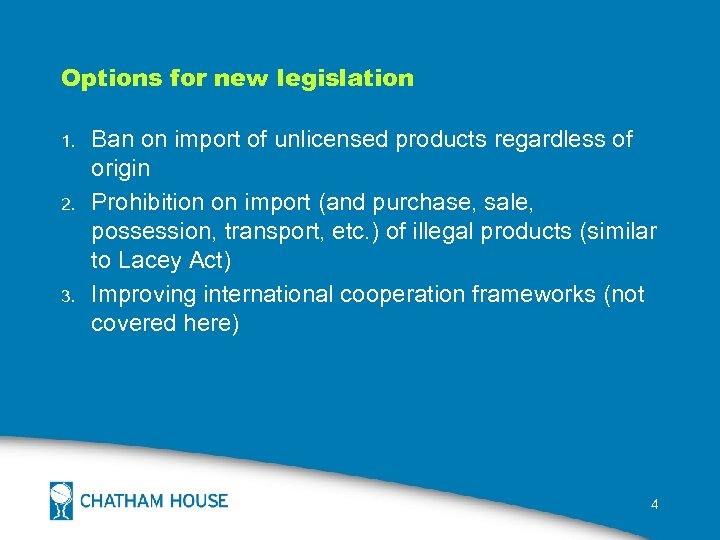 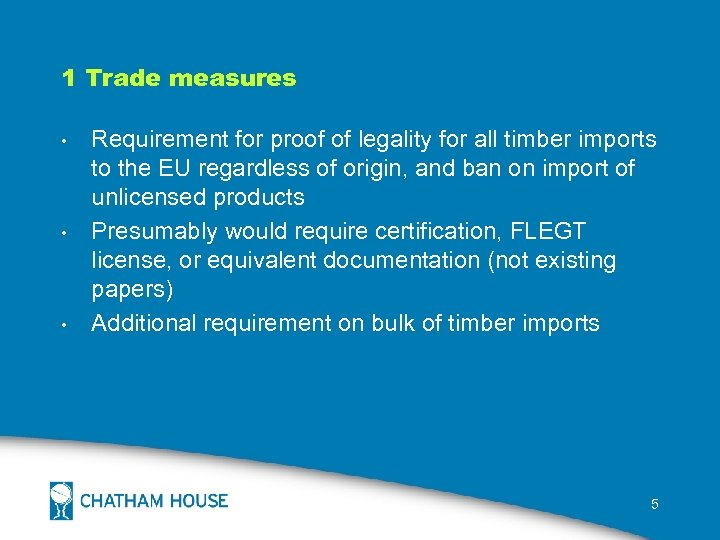 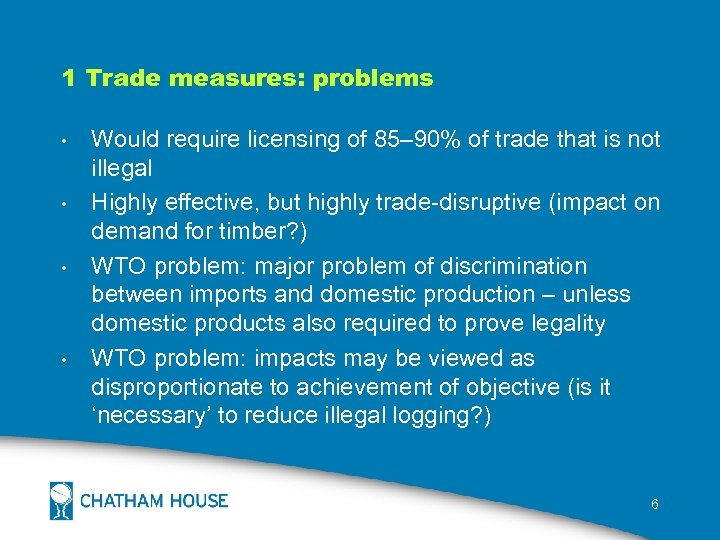 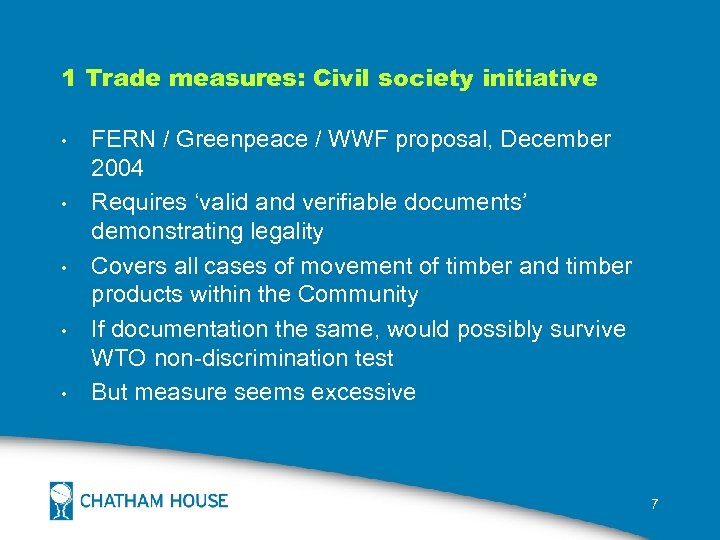 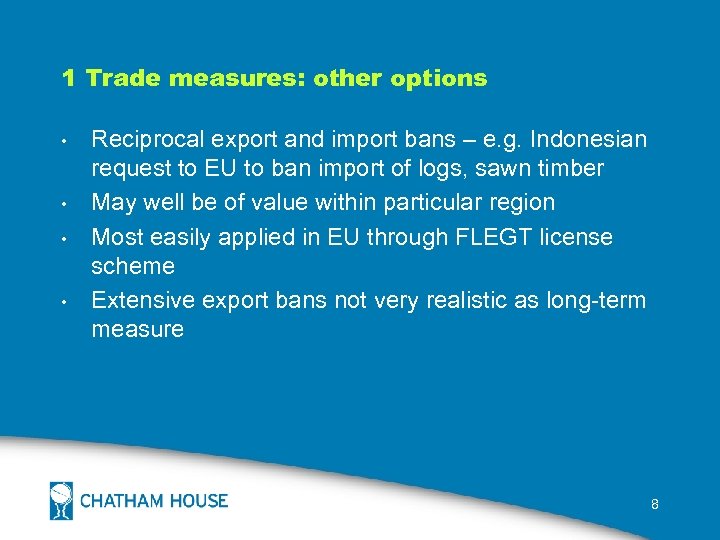 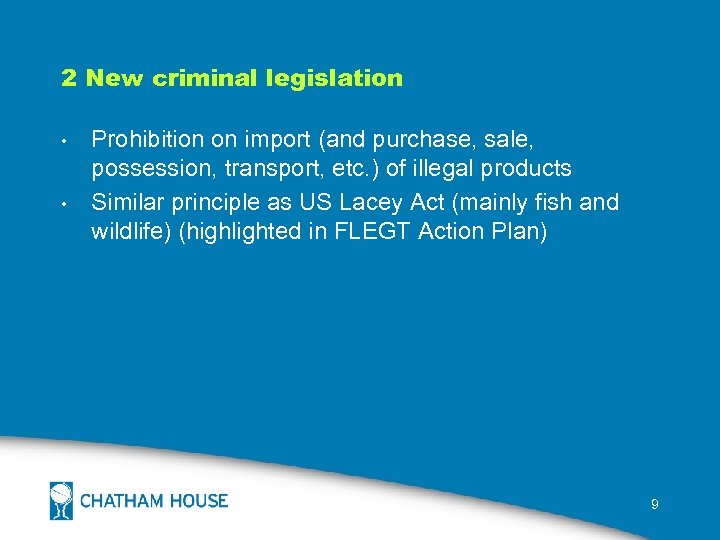 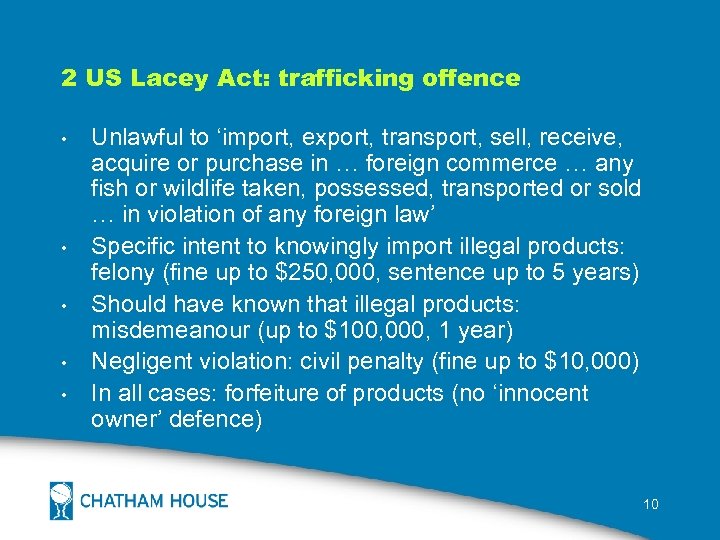 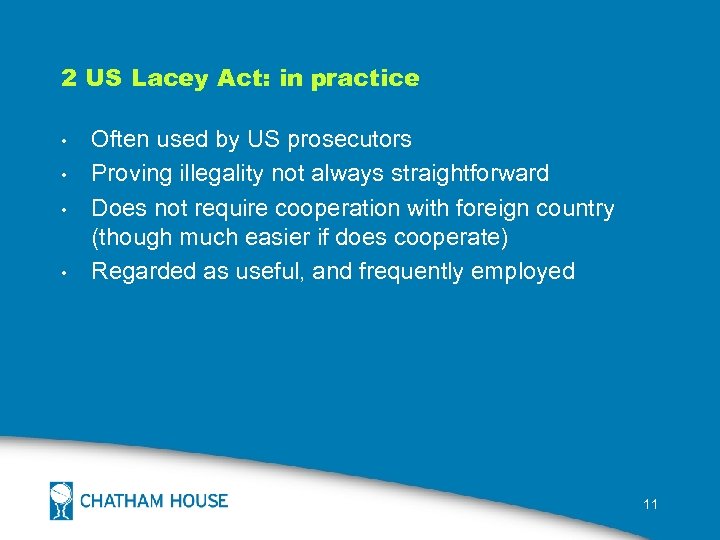 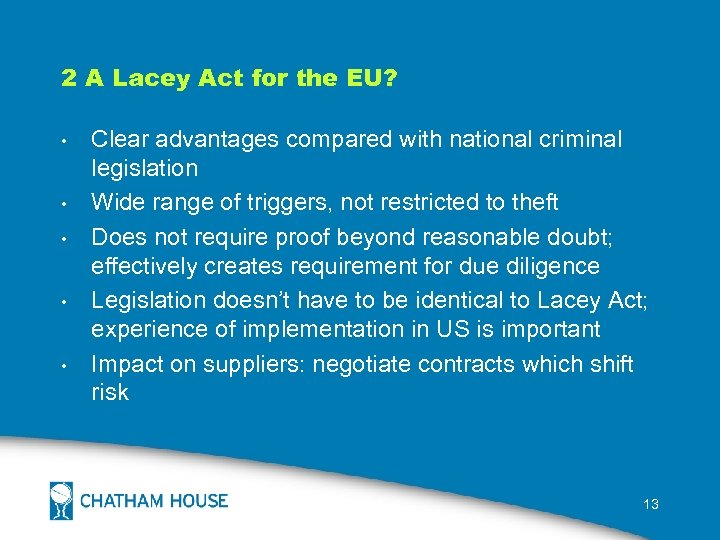 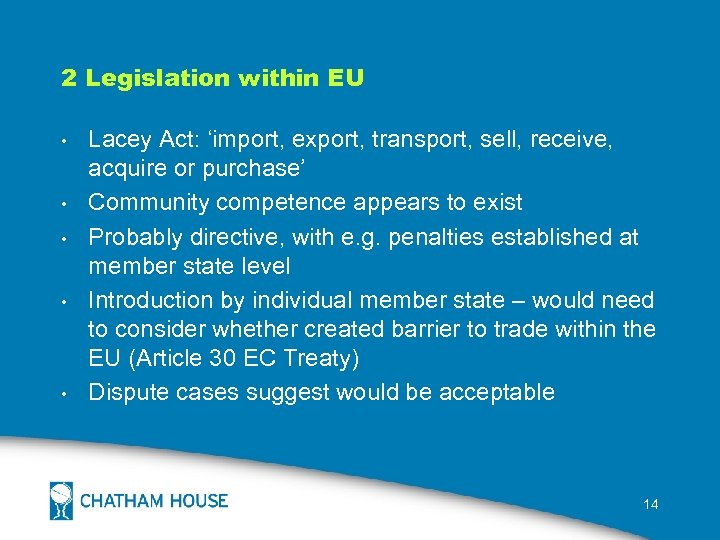 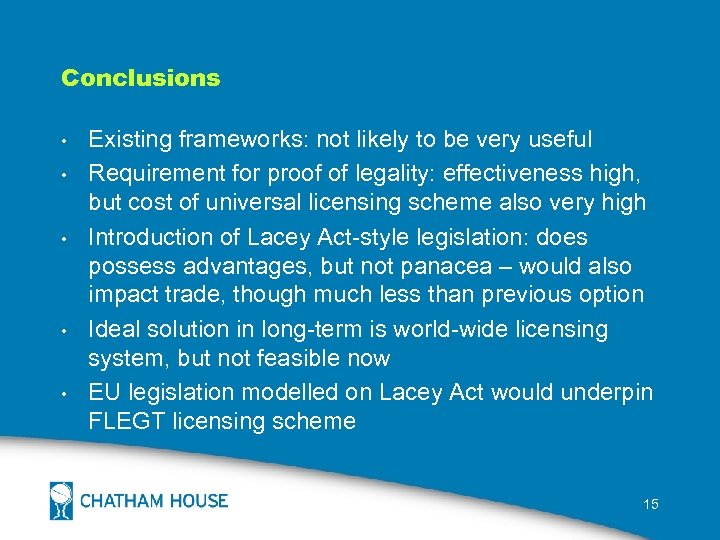 1 Trade measures • • • Requirement for proof of legality for all timber imports to the EU regardless of origin, and ban on import of unlicensed products Presumably would require certification, FLEGT license, or equivalent documentation (not existing papers) Additional requirement on bulk of timber imports 5

1 Trade measures: problems • • Would require licensing of 85– 90% of trade that is not illegal Highly effective, but highly trade-disruptive (impact on demand for timber? ) WTO problem: major problem of discrimination between imports and domestic production – unless domestic products also required to prove legality WTO problem: impacts may be viewed as disproportionate to achievement of objective (is it ‘necessary’ to reduce illegal logging? ) 6

2 US Lacey Act: trafficking offence • • • Unlawful to ‘import, export, transport, sell, receive, acquire or purchase in … foreign commerce … any fish or wildlife taken, possessed, transported or sold … in violation of any foreign law’ Specific intent to knowingly import illegal products: felony (fine up to $250, 000, sentence up to 5 years) Should have known that illegal products: misdemeanour (up to $100, 000, 1 year) Negligent violation: civil penalty (fine up to $10, 000) In all cases: forfeiture of products (no ‘innocent owner’ defence) 10

2 US Lacey Act: in practice • • Often used by US prosecutors Proving illegality not always straightforward Does not require cooperation with foreign country (though much easier if does cooperate) Regarded as useful, and frequently employed 11

2 A Lacey Act for the EU? • • • Clear advantages compared with national criminal legislation Wide range of triggers, not restricted to theft Does not require proof beyond reasonable doubt; effectively creates requirement for due diligence Legislation doesn’t have to be identical to Lacey Act; experience of implementation in US is important Impact on suppliers: negotiate contracts which shift risk 13

Conclusions • • • Existing frameworks: not likely to be very useful Requirement for proof of legality: effectiveness high, but cost of universal licensing scheme also very high Introduction of Lacey Act-style legislation: does possess advantages, but not panacea – would also impact trade, though much less than previous option Ideal solution in long-term is world-wide licensing system, but not feasible now EU legislation modelled on Lacey Act would underpin FLEGT licensing scheme 15

INITIAL ASSESSMENT OF THE TRAUMA PATIENT •