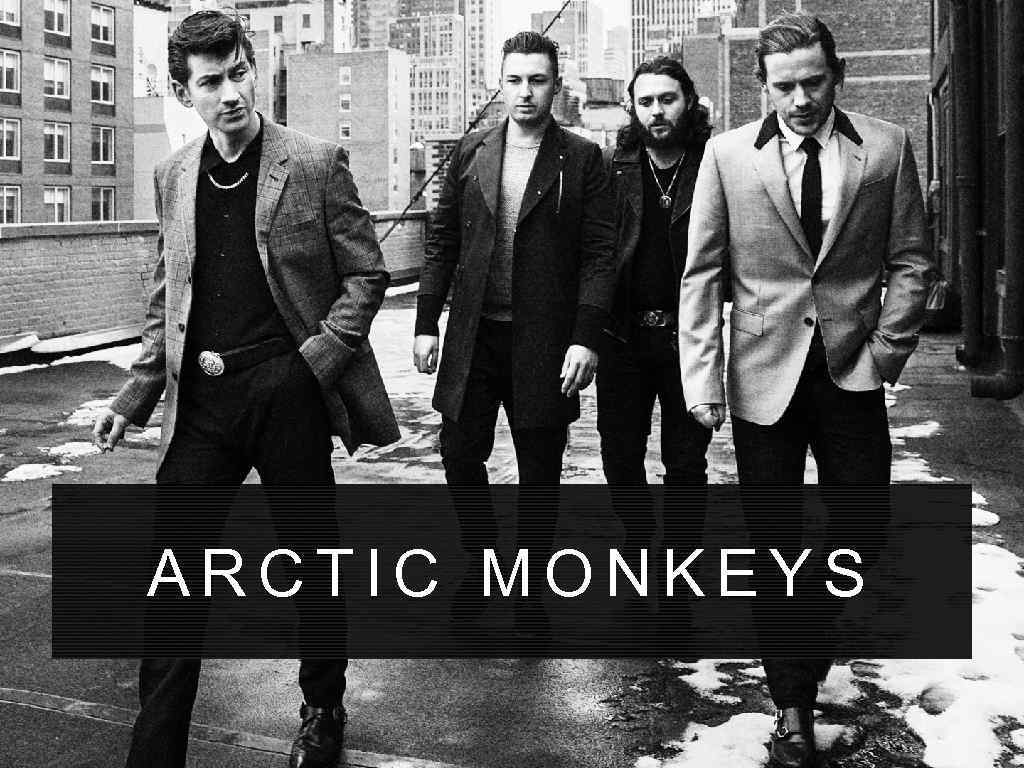 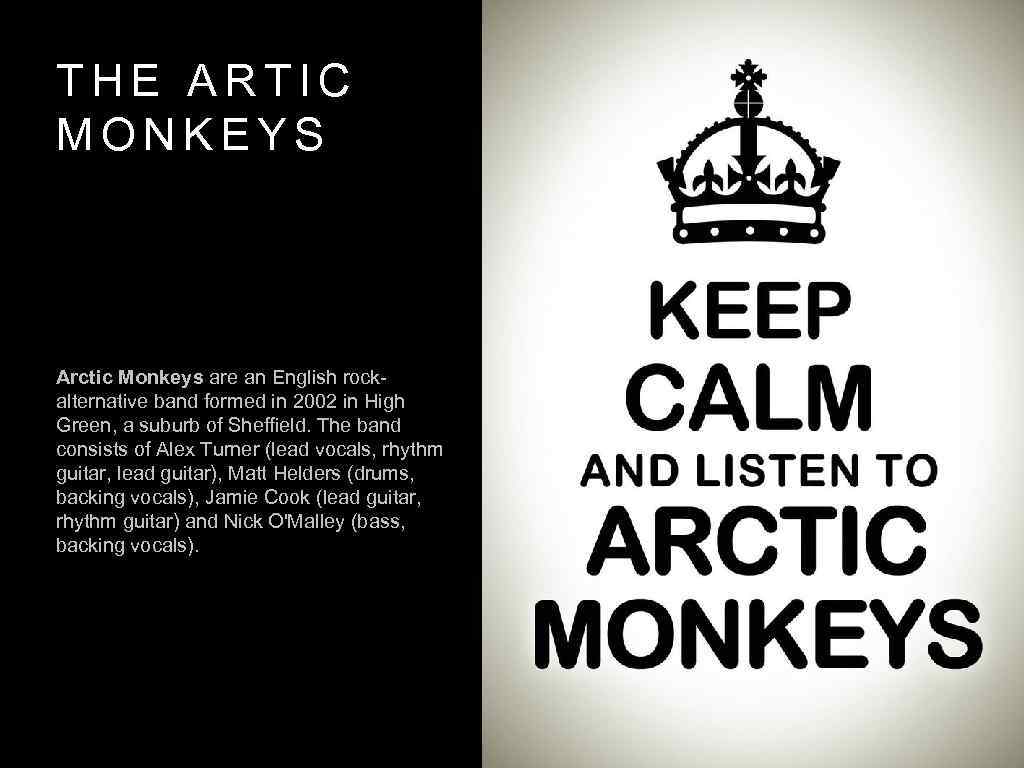 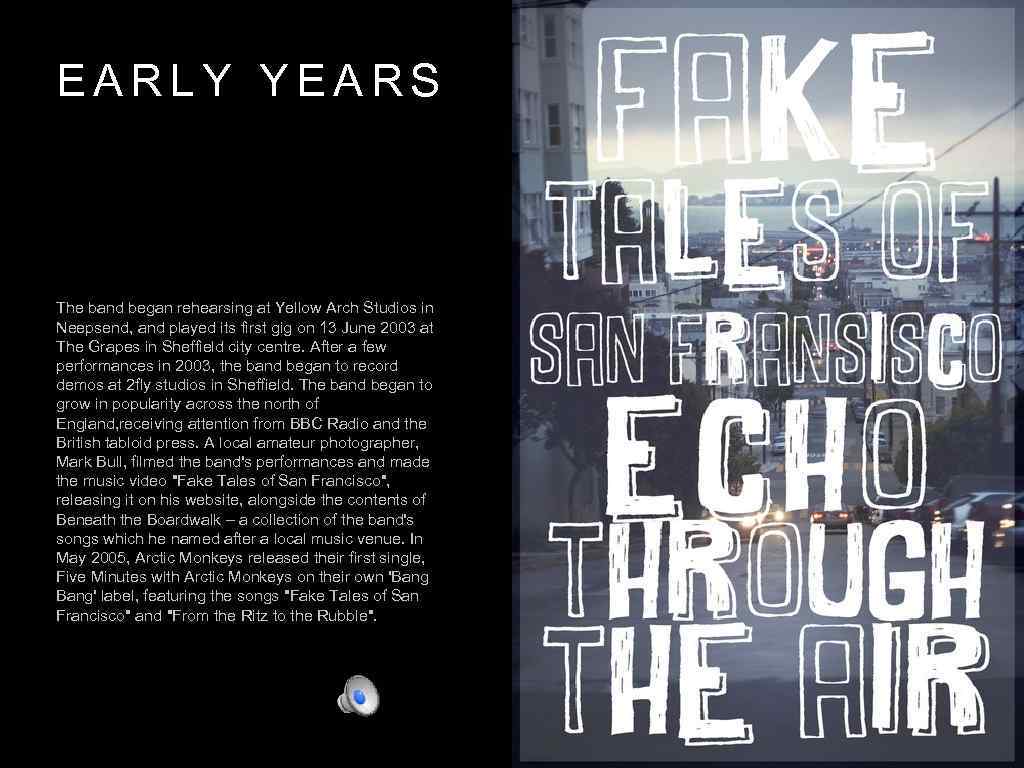 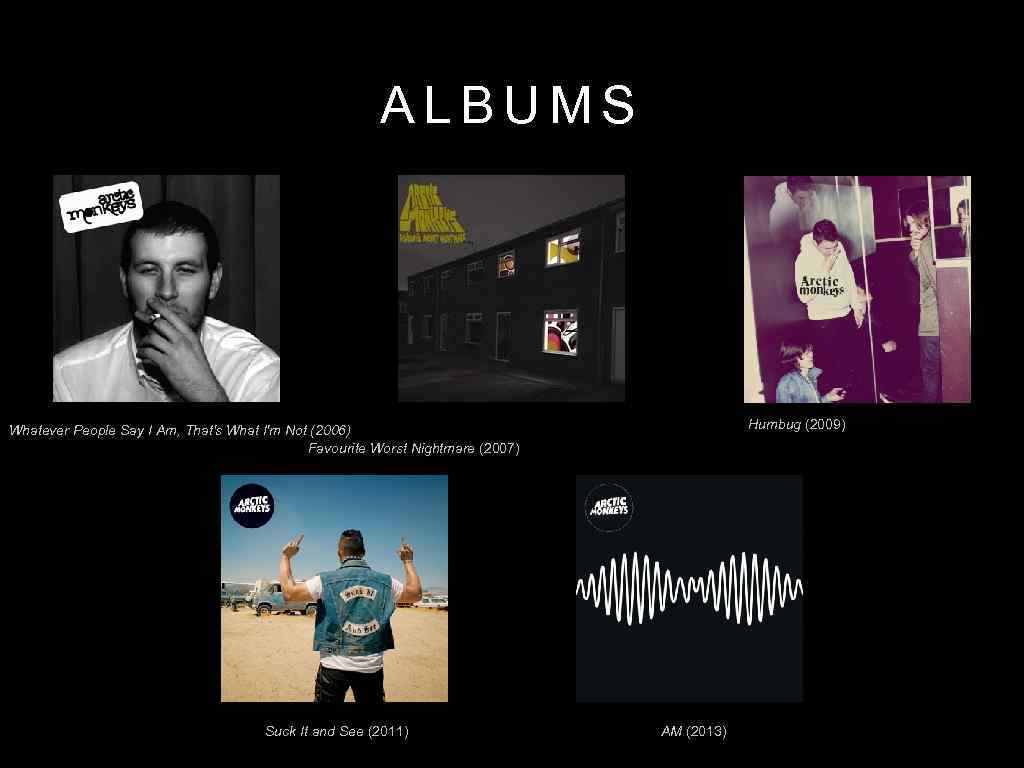 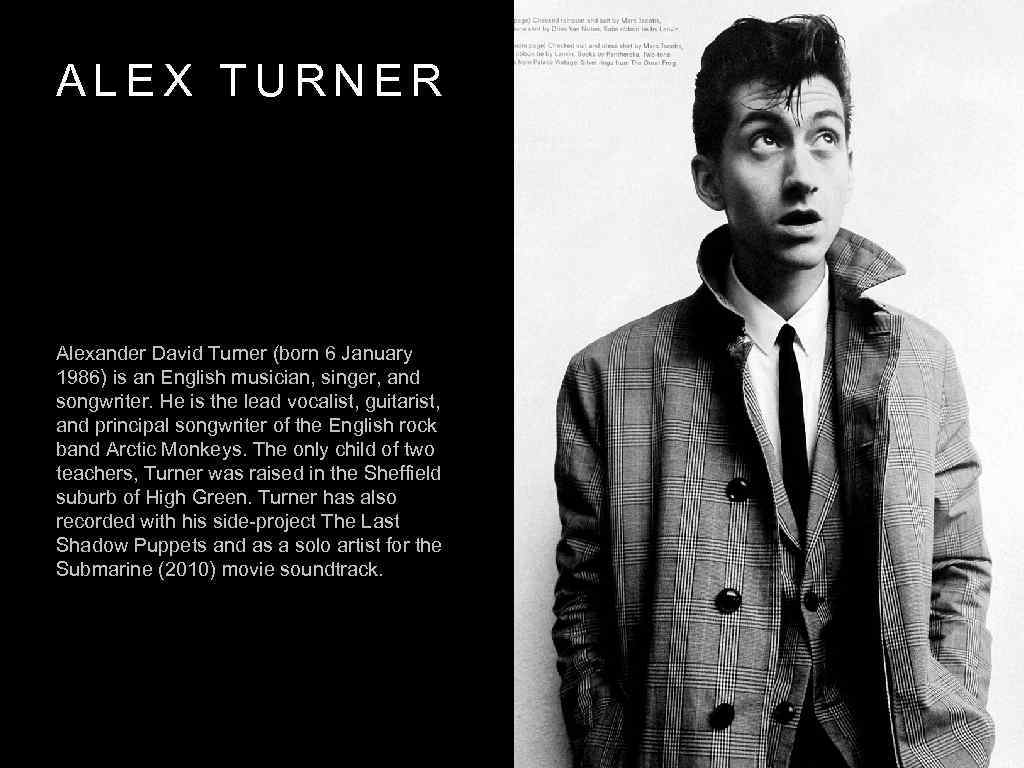 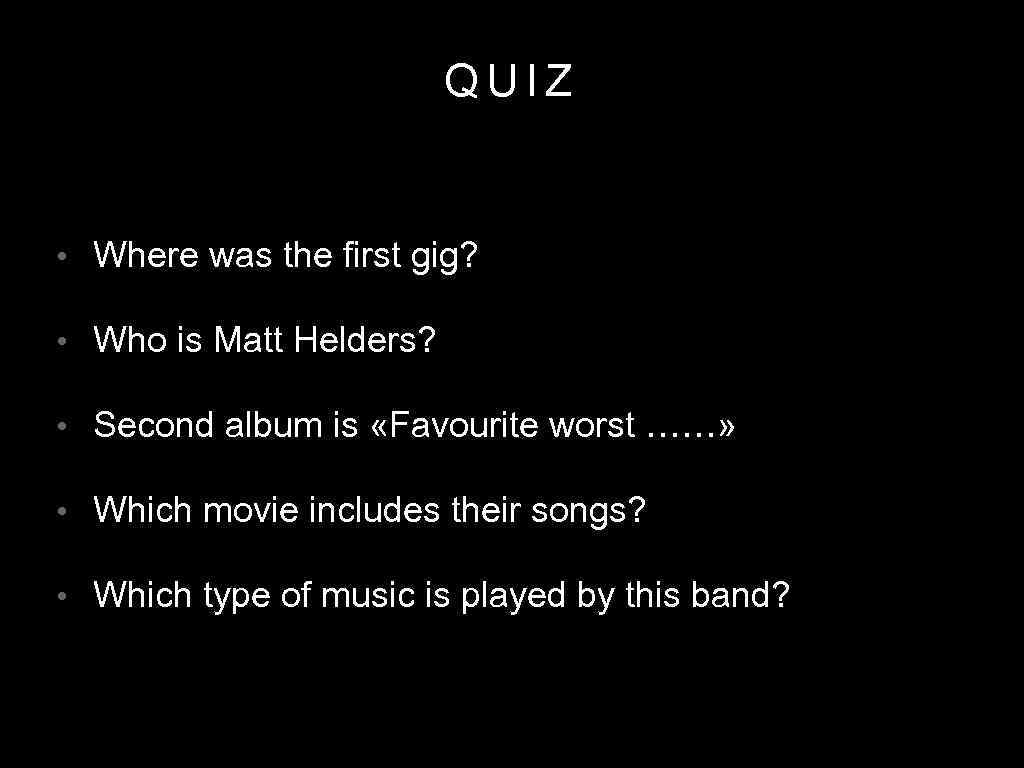 EARLY YEARS The band began rehearsing at Yellow Arch Studios in Neepsend, and played its first gig on 13 June 2003 at The Grapes in Sheffield city centre. After a few performances in 2003, the band began to record demos at 2 fly studios in Sheffield. The band began to grow in popularity across the north of England, receiving attention from BBC Radio and the British tabloid press. A local amateur photographer, Mark Bull, filmed the band's performances and made the music video "Fake Tales of San Francisco", releasing it on his website, alongside the contents of Beneath the Boardwalk – a collection of the band's songs which he named after a local music venue. In May 2005, Arctic Monkeys released their first single, Five Minutes with Arctic Monkeys on their own 'Bang' label, featuring the songs "Fake Tales of San Francisco" and "From the Ritz to the Rubble".

ALEX TURNER Alexander David Turner (born 6 January 1986) is an English musician, singer, and songwriter. He is the lead vocalist, guitarist, and principal songwriter of the English rock band Arctic Monkeys. The only child of two teachers, Turner was raised in the Sheffield suburb of High Green. Turner has also recorded with his side-project The Last Shadow Puppets and as a solo artist for the Submarine (2010) movie soundtrack.

2001. In the summer of 2002, Turner, Cook, Nicholson and Helders decided to form a band, having watched friends including Milburn play at local pubs. The name Arctic Monkeys was conceived by Cook. Turner initially did not want to be the singer; a number of schoolmates including Glyn Jones were tried out before he became the frontman. All four were beginners on their instruments; • At first, the band's original songs featured nonsense words but Turner eventually began to share his own lyrics with his bandmates: "I had this sense of dread that the others would laugh me out of the room. Mickeytaking is a useful quality control. " They practised for a year before playing a live show: "A lot of people have an idea of the music they wanna make and then they go make it, but we started the band to have something to do and then figured all that stuff out. " Their first gig

QUIZ • Where was the first gig? • Who is Matt Helders? • Second album is «Favourite worst ……» • Which movie includes their songs? • Which type of music is played by this band?

Tides in the Arctic Ruslan May Cotidal