Appeal to Ridicule By Sammi Jo Johnson and 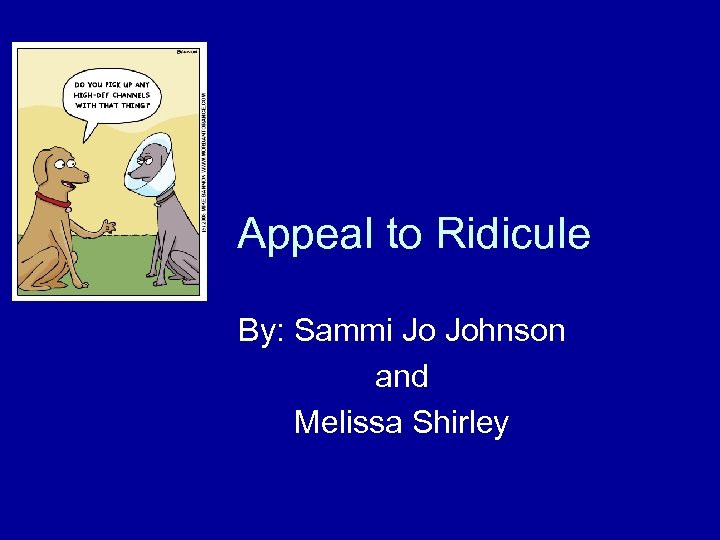 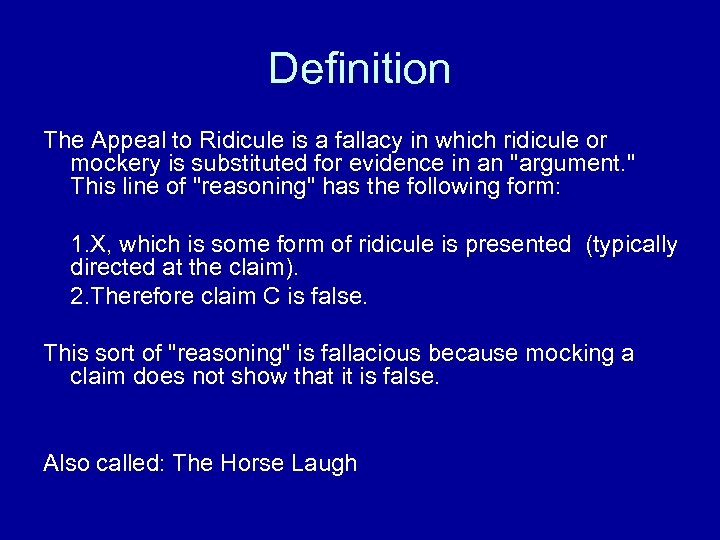 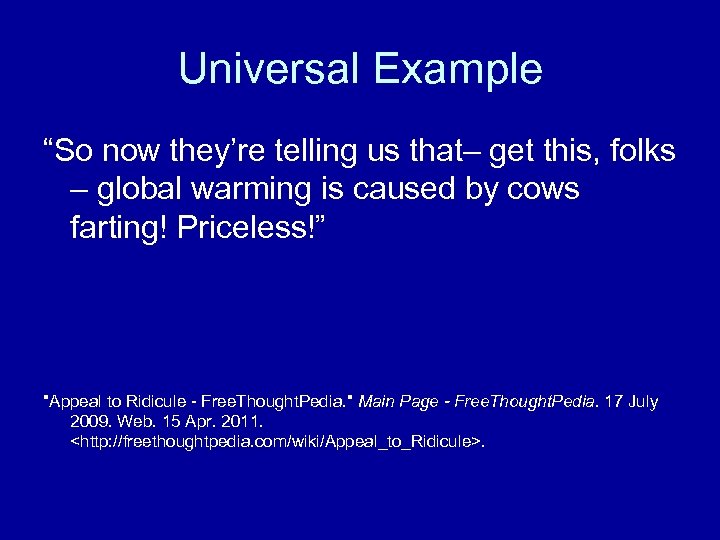 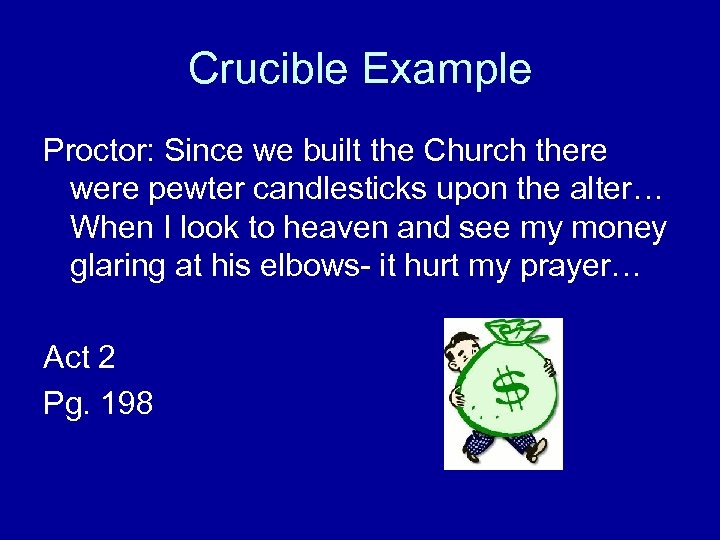 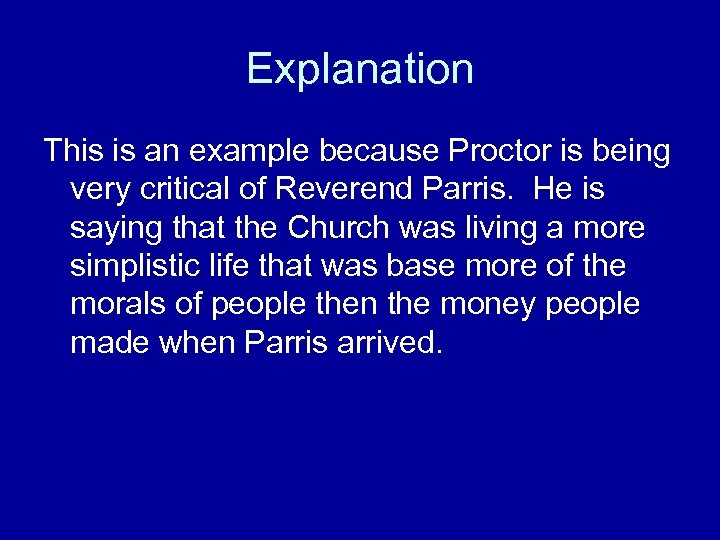 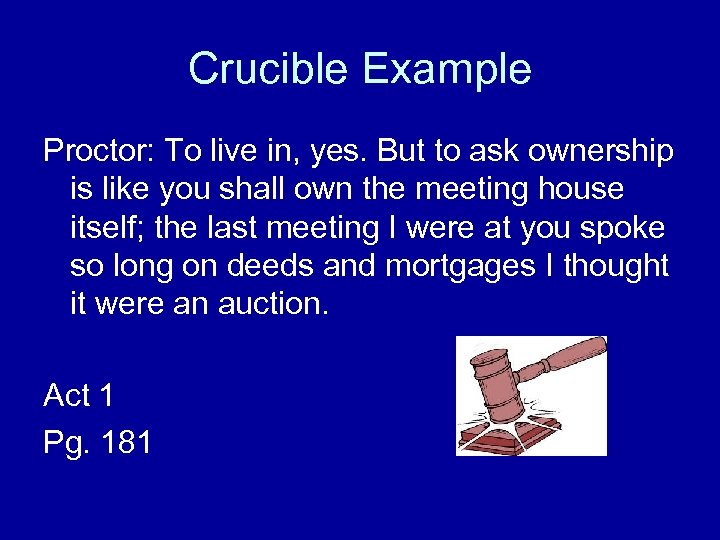 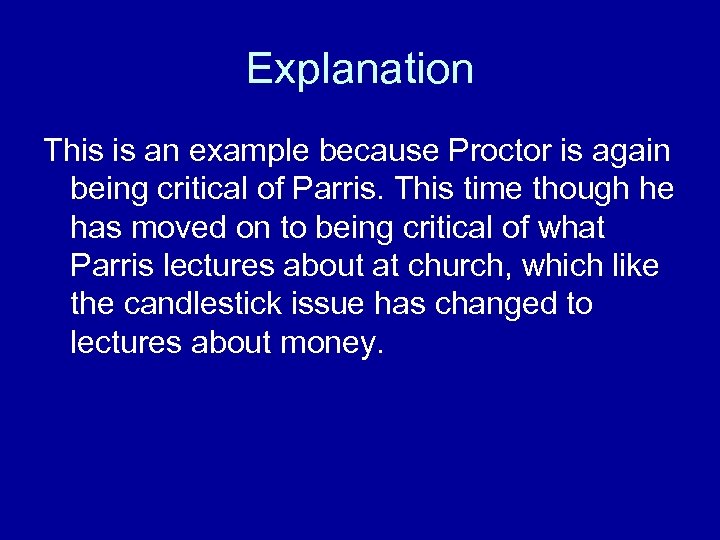 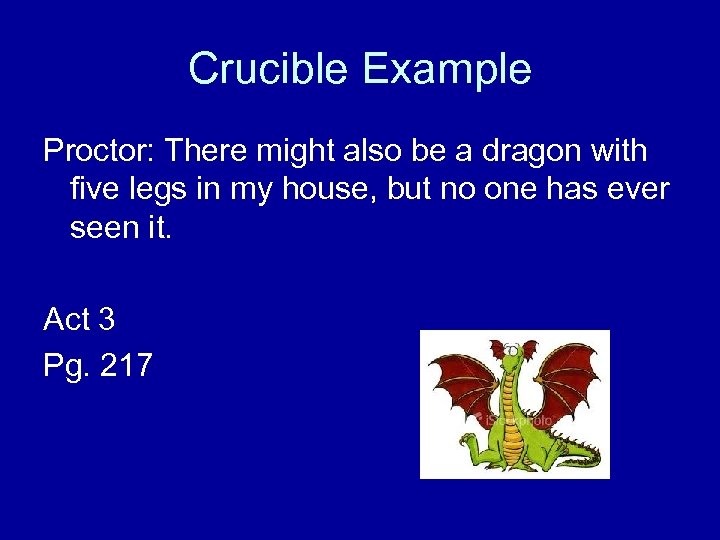 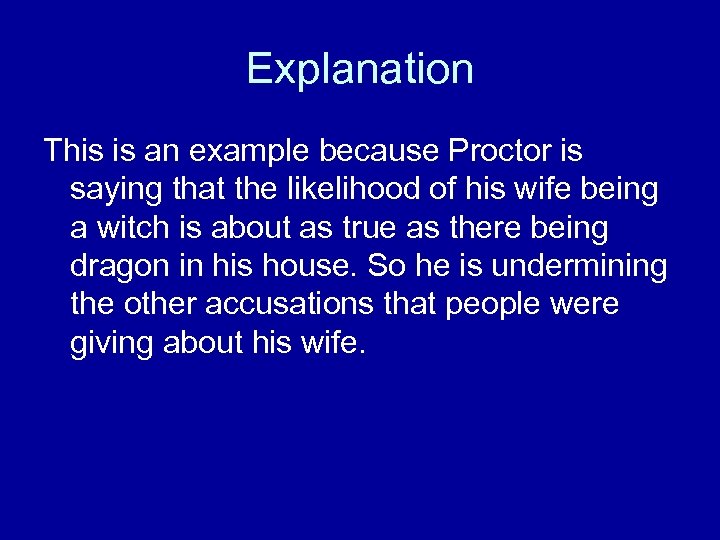 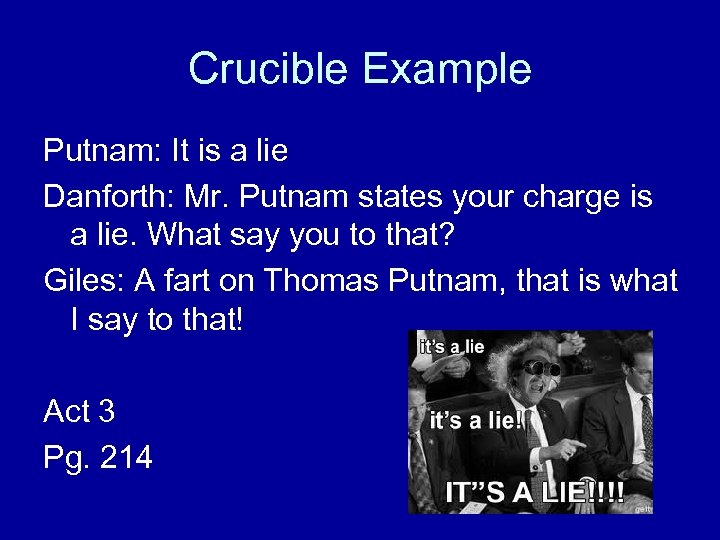 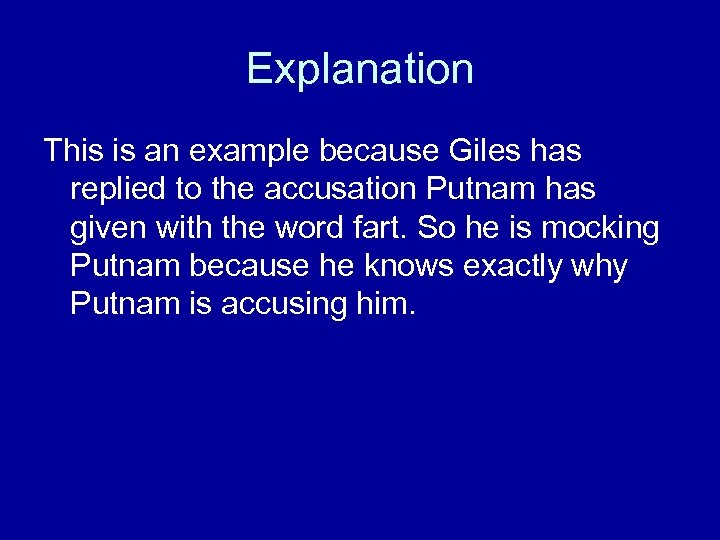 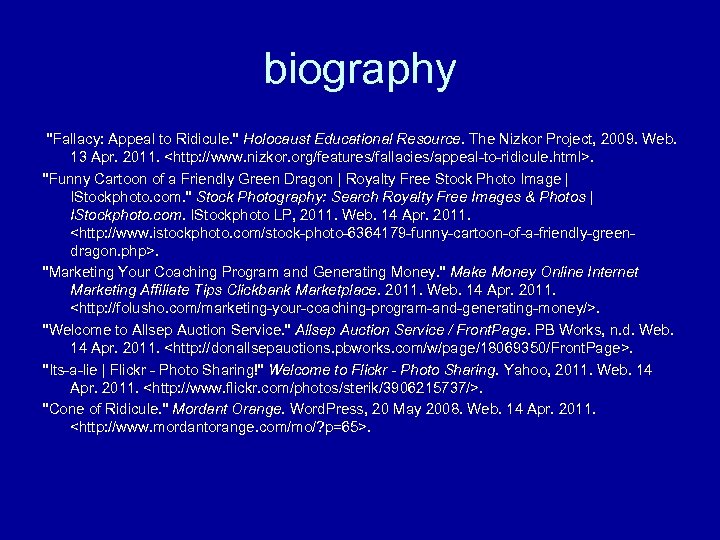 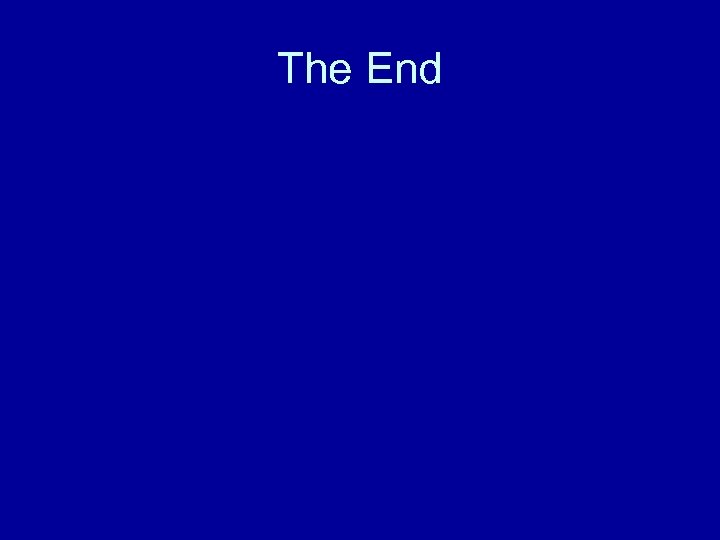 Скачать презентацию Appeal to Ridicule By Sammi Jo Johnson and

Appeal to Ridicule By: Sammi Jo Johnson and Melissa Shirley

Definition The Appeal to Ridicule is a fallacy in which ridicule or mockery is substituted for evidence in an "argument. " This line of "reasoning" has the following form: 1. X, which is some form of ridicule is presented (typically directed at the claim). 2. Therefore claim C is false. This sort of "reasoning" is fallacious because mocking a claim does not show that it is false. Also called: The Horse Laugh

Crucible Example Proctor: Since we built the Church there were pewter candlesticks upon the alter… When I look to heaven and see my money glaring at his elbows- it hurt my prayer… Act 2 Pg. 198

Explanation This is an example because Proctor is being very critical of Reverend Parris. He is saying that the Church was living a more simplistic life that was base more of the morals of people then the money people made when Parris arrived.

Crucible Example Proctor: To live in, yes. But to ask ownership is like you shall own the meeting house itself; the last meeting I were at you spoke so long on deeds and mortgages I thought it were an auction. Act 1 Pg. 181

Crucible Example Proctor: There might also be a dragon with five legs in my house, but no one has ever seen it. Act 3 Pg. 217

Explanation This is an example because Proctor is saying that the likelihood of his wife being a witch is about as true as there being dragon in his house. So he is undermining the other accusations that people were giving about his wife.

Crucible Example Putnam: It is a lie Danforth: Mr. Putnam states your charge is a lie. What say you to that? Giles: A fart on Thomas Putnam, that is what I say to that! Act 3 Pg. 214

Explanation This is an example because Giles has replied to the accusation Putnam has given with the word fart. So he is mocking Putnam because he knows exactly why Putnam is accusing him.