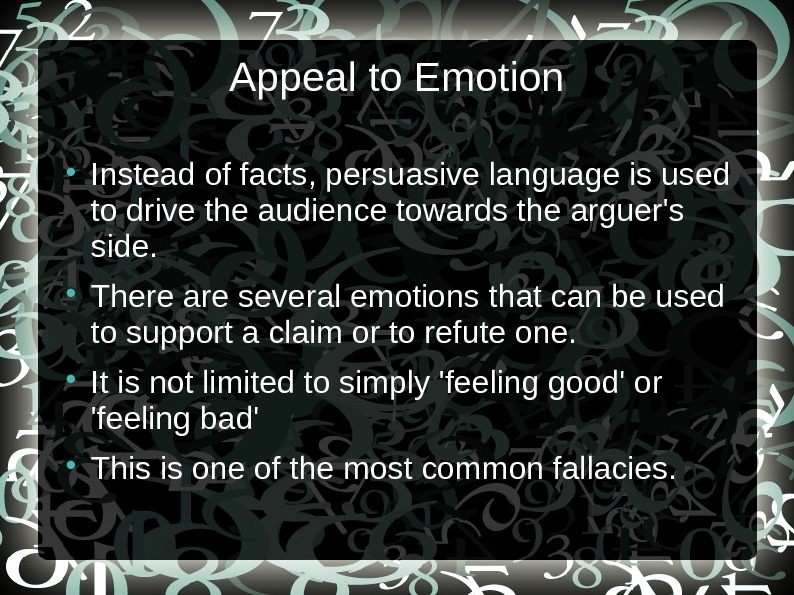 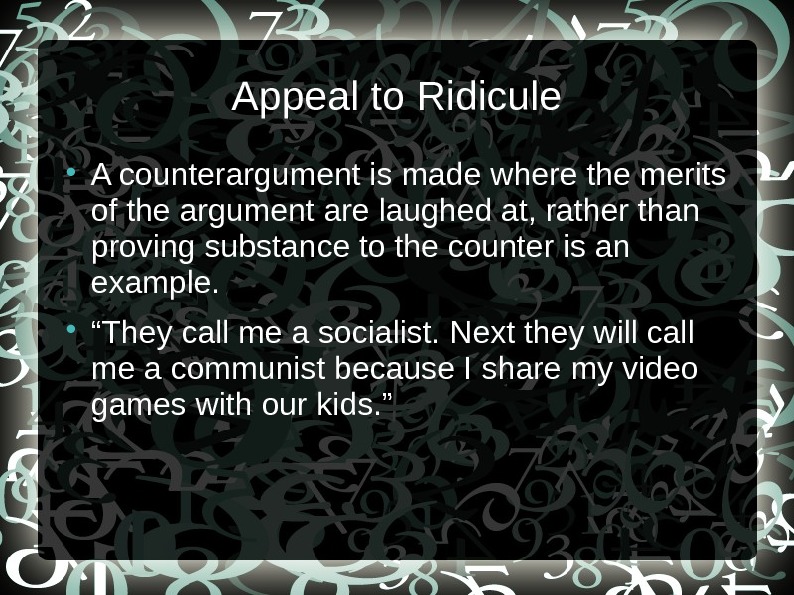 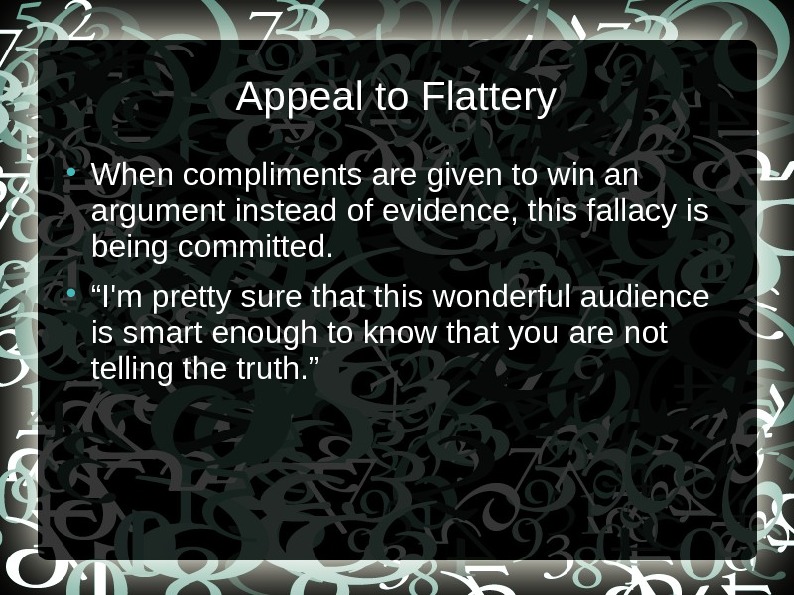 Скачать презентацию Appeal to Emotion When feelings or emotions are

Appeal to Emotion When feelings or emotions are used to support an argument instead of evidence and reasoning.

Appeal to Emotion Instead of facts, persuasive language is used to drive the audience towards the arguer’s side. There are several emotions that can be used to support a claim or to refute one. It is not limited to simply ‘feeling good’ or ‘feeling bad’ This is one of the most common fallacies.

Appeal to Consequences By making people fear a possible outcome that may or may not happen without supporting evidence is an example. “ God’s morality must exist. If it did not, then people could murder and steal at will. ”

Appeal to Fear Scaring someone into accepting your position rather than proving a reason for why is an example of an appeal to emotion. “ If you don’t stay in school and graduate, you will live in the ghetto and be poor for the rest of your life. ”

Appeal to Pity If the arguer tells a story where people feel bad for them rather than supporting the position, this is an example. “ I’d love to help with our group project, but my mother is very ill and she needs me to be with her and take care of her through the weekend. ”

Appeal to Ridicule A counterargument is made where the merits of the argument are laughed at, rather than proving substance to the counter is an example. “ They call me a socialist. Next they will call me a communist because I share my video games with our kids. ”

Appeal to Flattery When compliments are given to win an argument instead of evidence, this fallacy is being committed. “ I’m pretty sure that this wonderful audience is smart enough to know that you are not telling the truth. ”