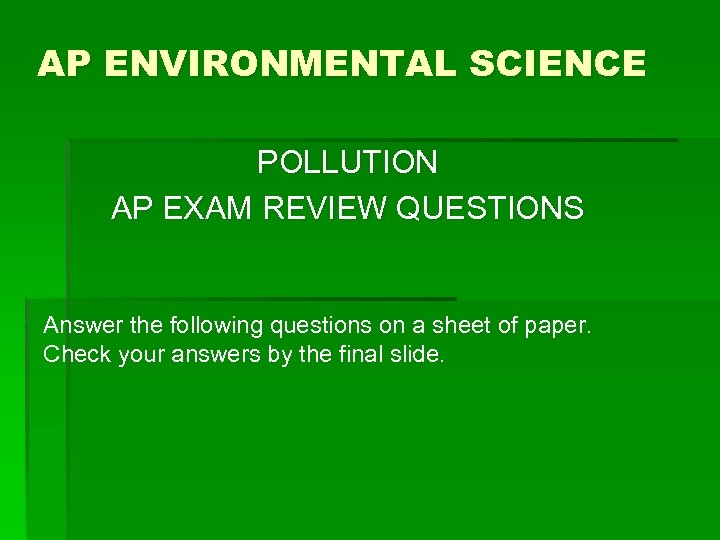 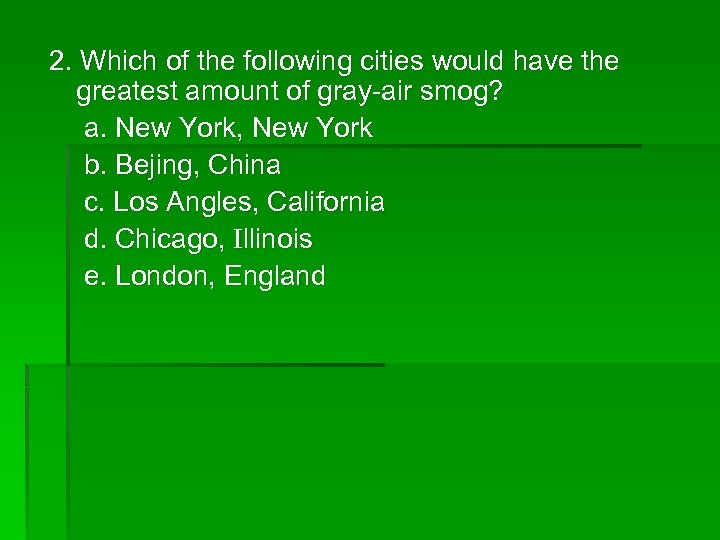 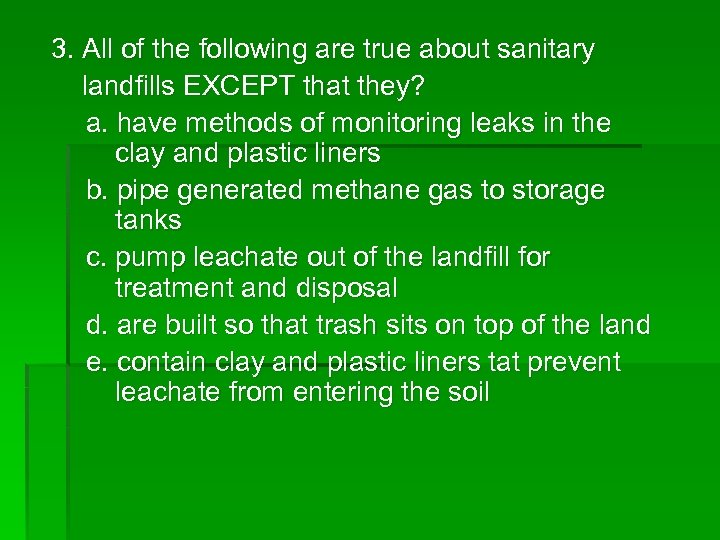 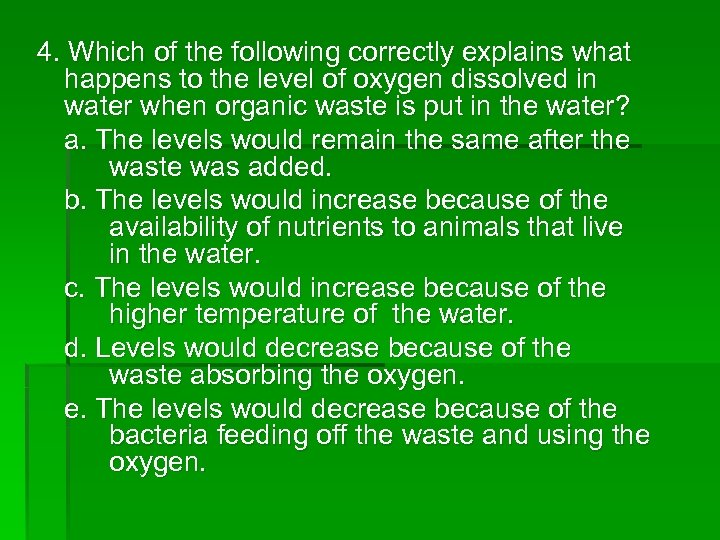 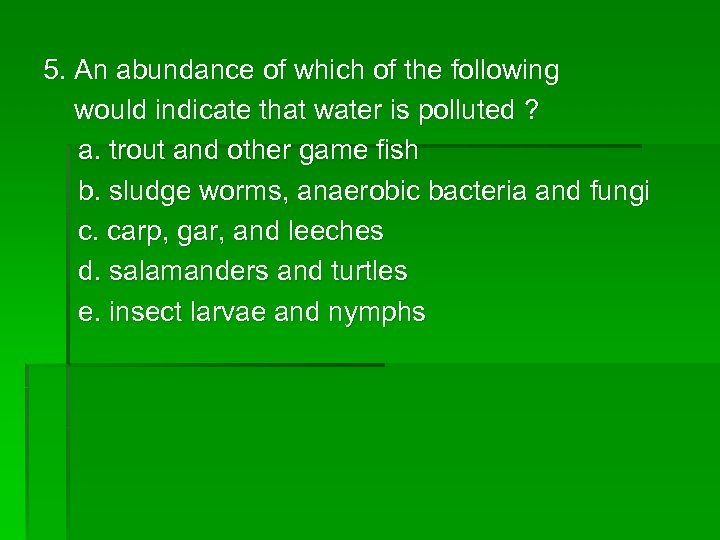 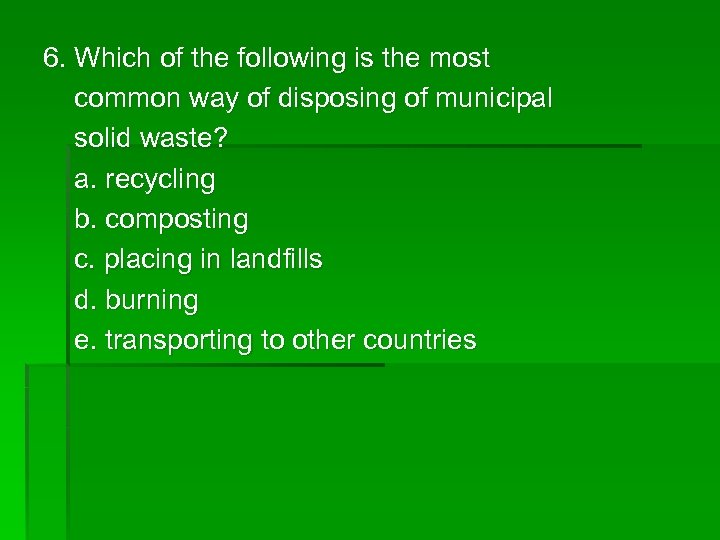 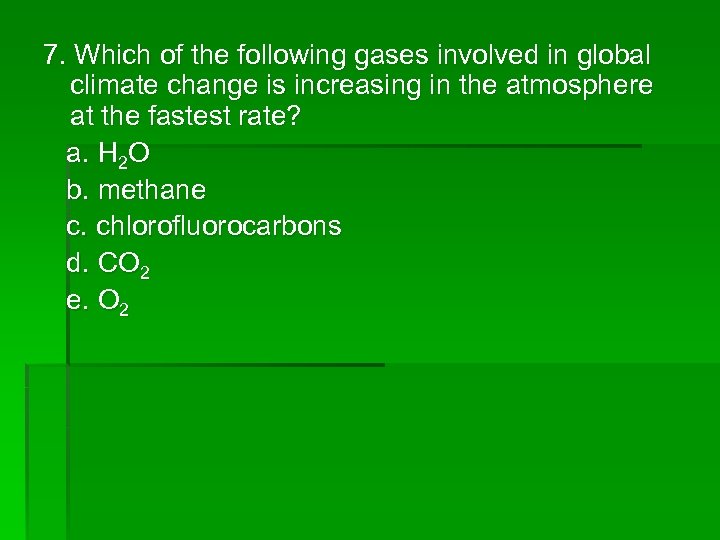 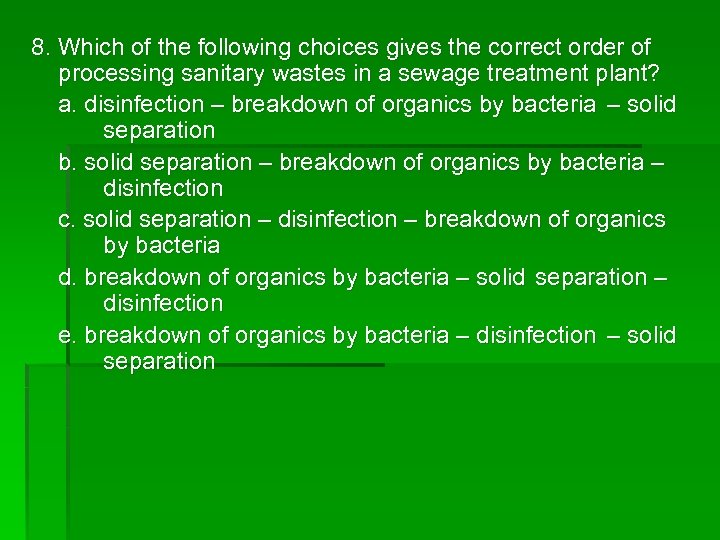 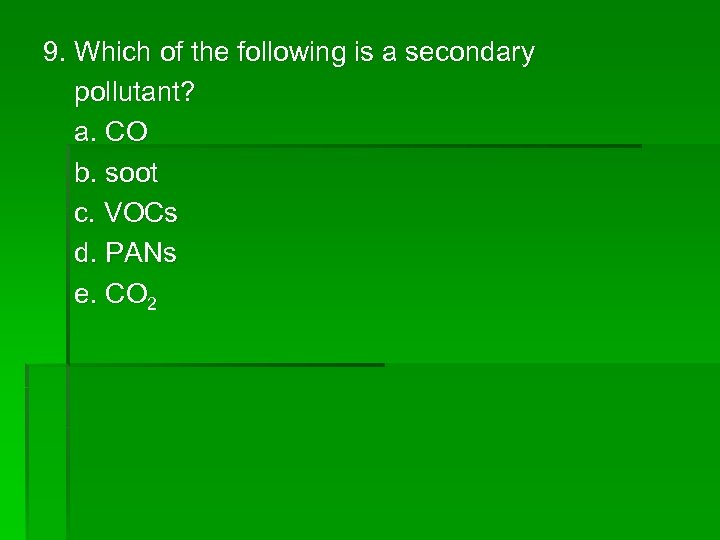 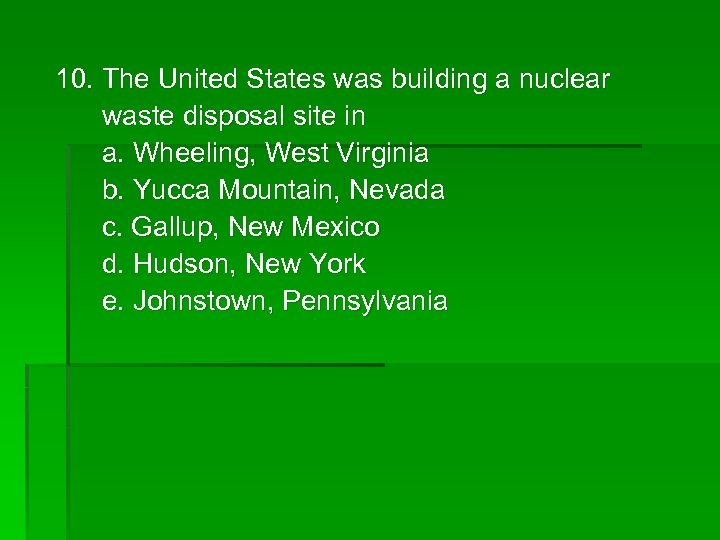 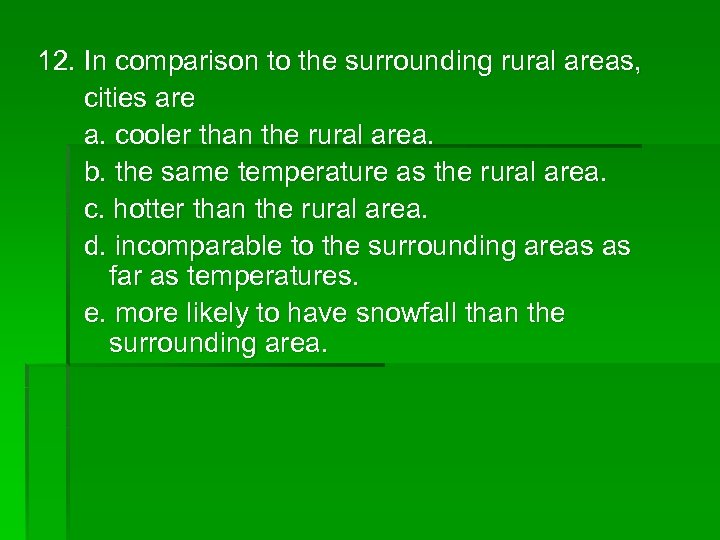 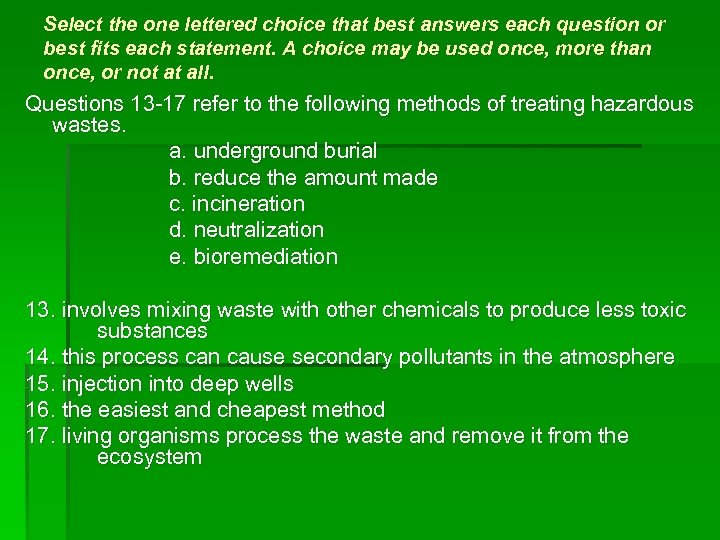 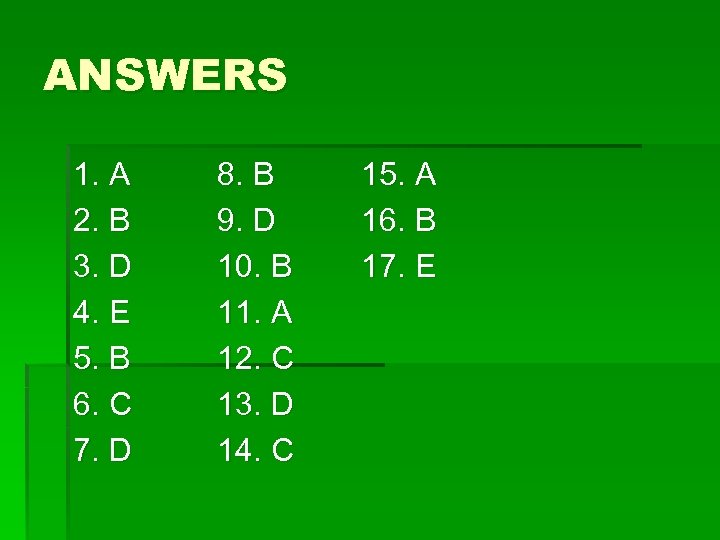 1. Which of the following is NOT a direct source of groundwater pollution? a. automobile exhaust b. wastewater lagoons c. underground storage tanks d. waste injected into deep wells e. pesticides sprayed on the land

3. All of the following are true about sanitary landfills EXCEPT that they? a. have methods of monitoring leaks in the clay and plastic liners b. pipe generated methane gas to storage tanks c. pump leachate out of the landfill for treatment and disposal d. are built so that trash sits on top of the land e. contain clay and plastic liners tat prevent leachate from entering the soil

5. An abundance of which of the following would indicate that water is polluted ? a. trout and other game fish b. sludge worms, anaerobic bacteria and fungi c. carp, gar, and leeches d. salamanders and turtles e. insect larvae and nymphs

6. Which of the following is the most common way of disposing of municipal solid waste? a. recycling b. composting c. placing in landfills d. burning e. transporting to other countries

7. Which of the following gases involved in global climate change is increasing in the atmosphere at the fastest rate? a. H 2 O b. methane c. chlorofluorocarbons d. CO 2 e. O 2

Select the one lettered choice that best answers each question or best fits each statement. A choice may be used once, more than once, or not at all. Questions 13 -17 refer to the following methods of treating hazardous wastes. a. underground burial b. reduce the amount made c. incineration d. neutralization e. bioremediation 13. involves mixing waste with other chemicals to produce less toxic substances 14. this process can cause secondary pollutants in the atmosphere 15. injection into deep wells 16. the easiest and cheapest method 17. living organisms process the waste and remove it from the ecosystem