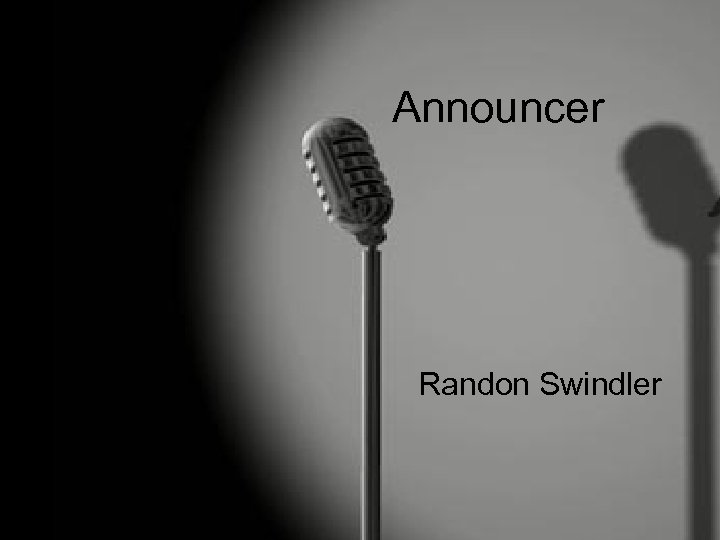 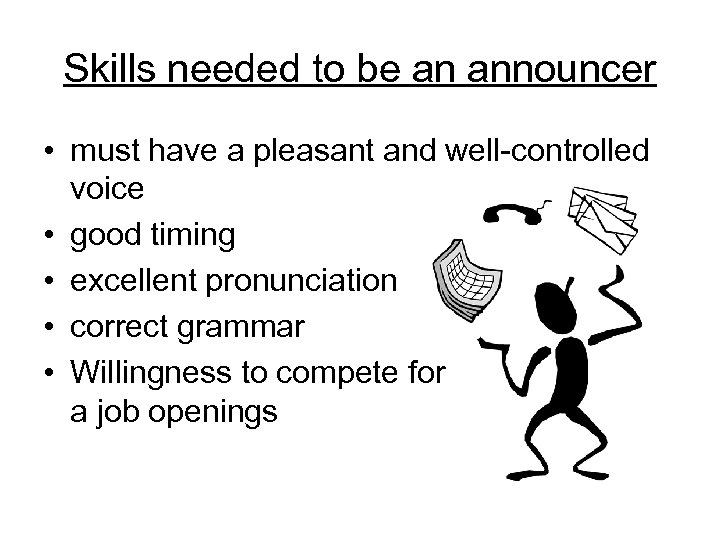 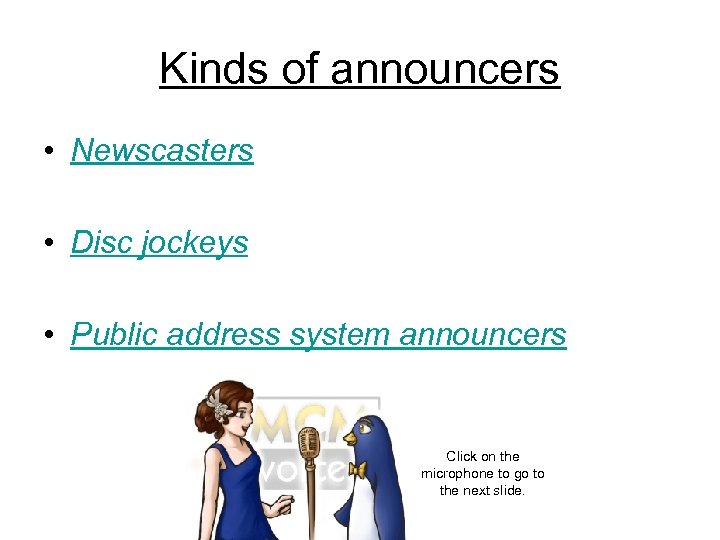 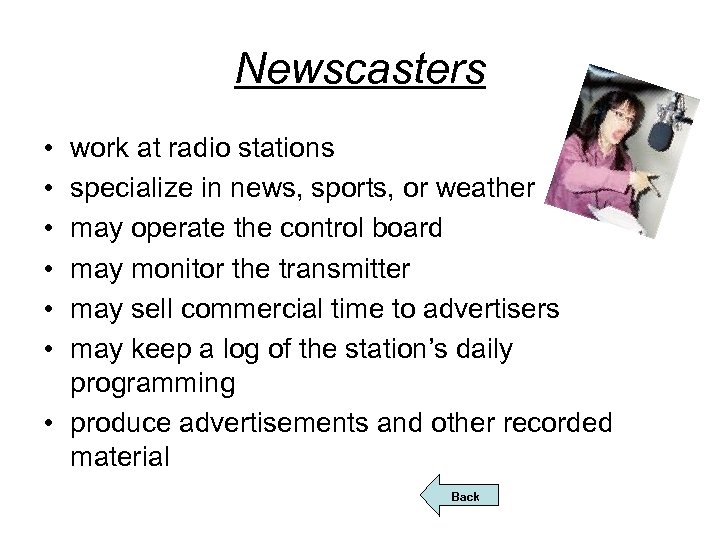 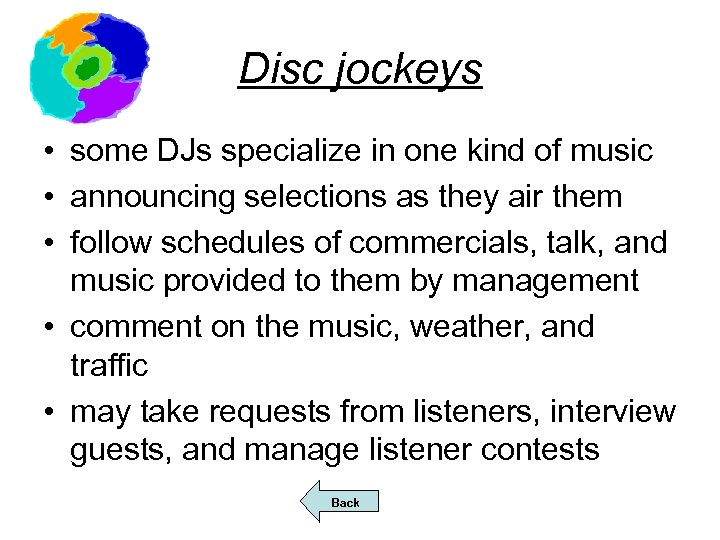 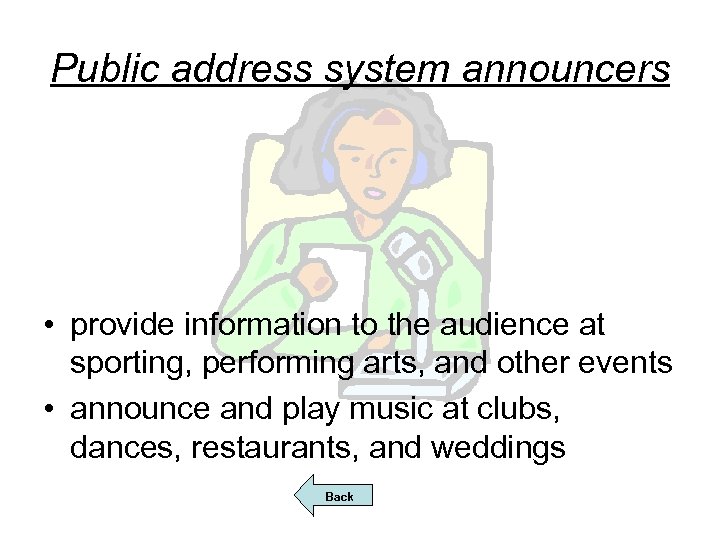 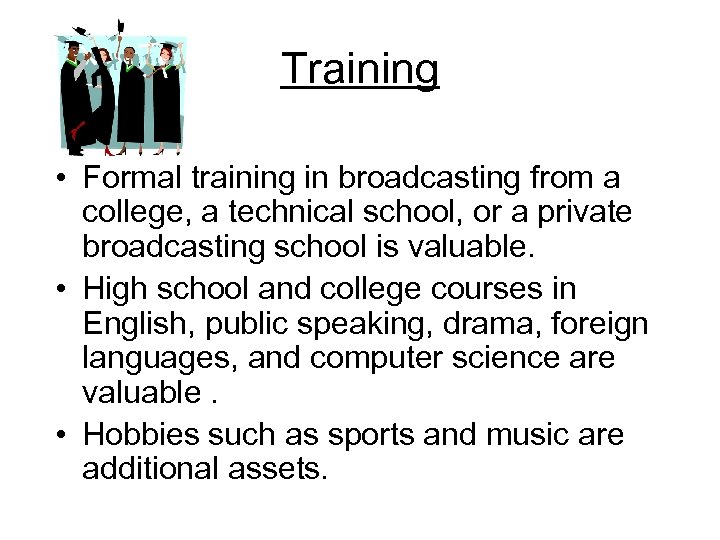 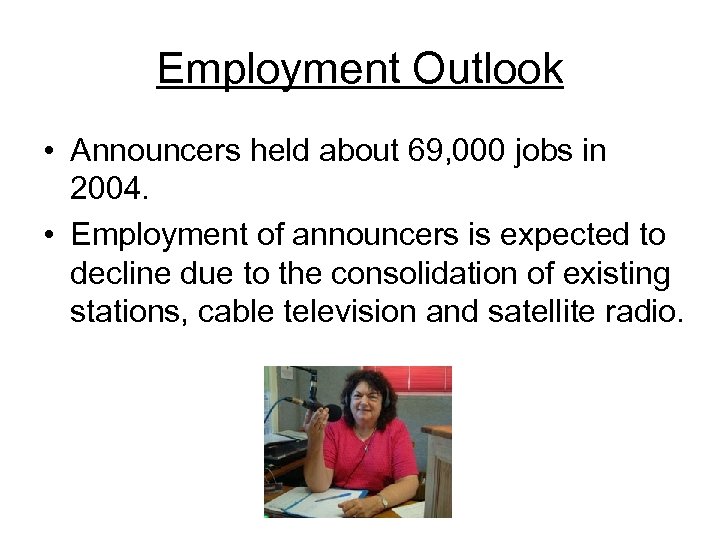 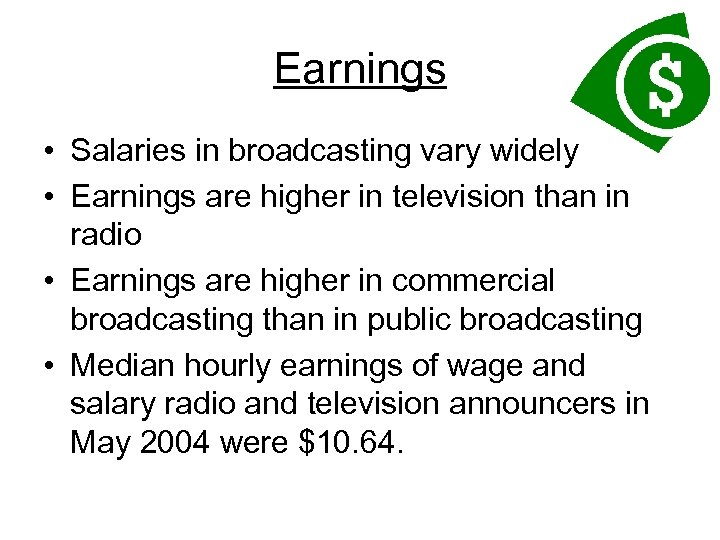 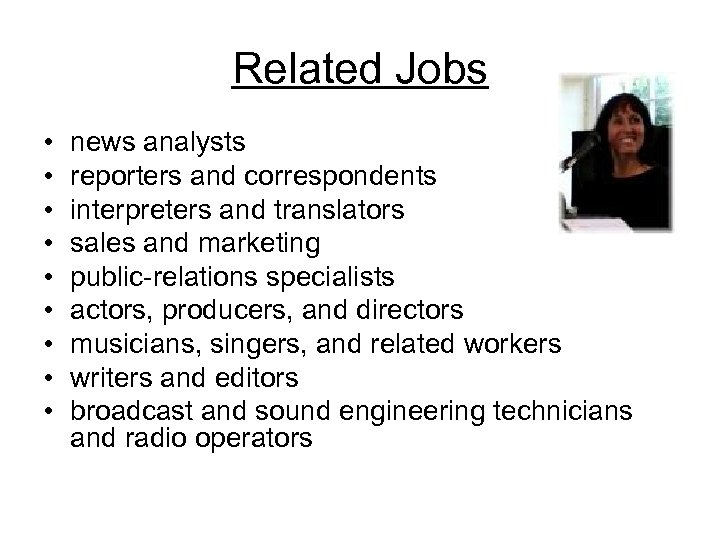 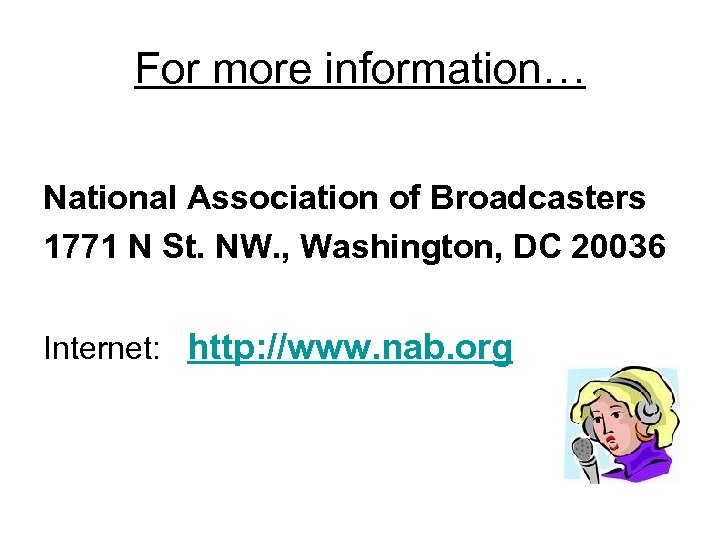 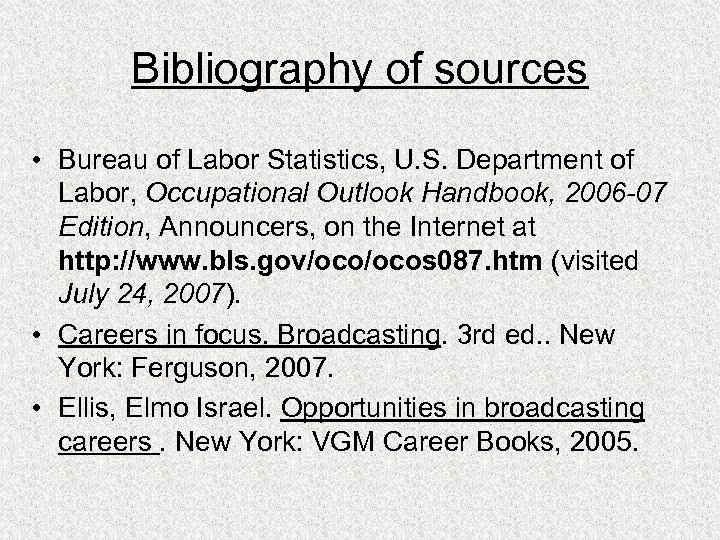 Kinds of announcers • Newscasters • Disc jockeys • Public address system announcers Click on the microphone to go to the next slide.

Newscasters • • • work at radio stations specialize in news, sports, or weather may operate the control board may monitor the transmitter may sell commercial time to advertisers may keep a log of the station’s daily programming • produce advertisements and other recorded material Back

Disc jockeys • some DJs specialize in one kind of music • announcing selections as they air them • follow schedules of commercials, talk, and music provided to them by management • comment on the music, weather, and traffic • may take requests from listeners, interview guests, and manage listener contests Back

Public address system announcers • provide information to the audience at sporting, performing arts, and other events • announce and play music at clubs, dances, restaurants, and weddings Back

Training • Formal training in broadcasting from a college, a technical school, or a private broadcasting school is valuable. • High school and college courses in English, public speaking, drama, foreign languages, and computer science are valuable. • Hobbies such as sports and music are additional assets.

Employment Outlook • Announcers held about 69, 000 jobs in 2004. • Employment of announcers is expected to decline due to the consolidation of existing stations, cable television and satellite radio.