An Overview of the Americans with Disabilities Act 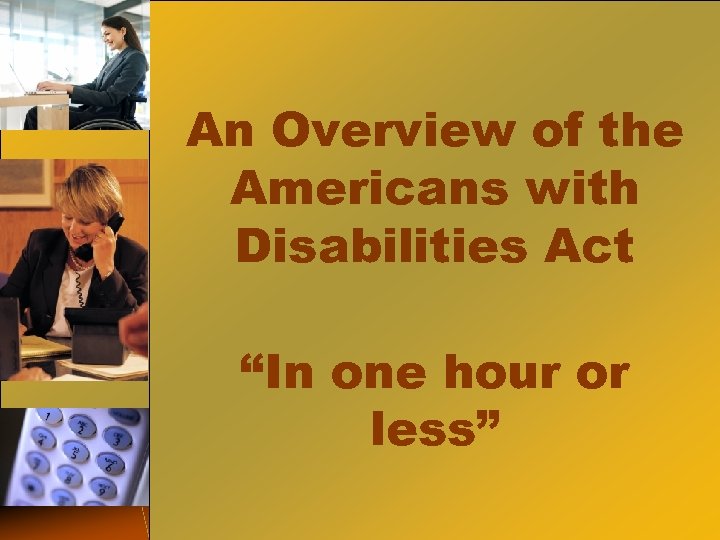 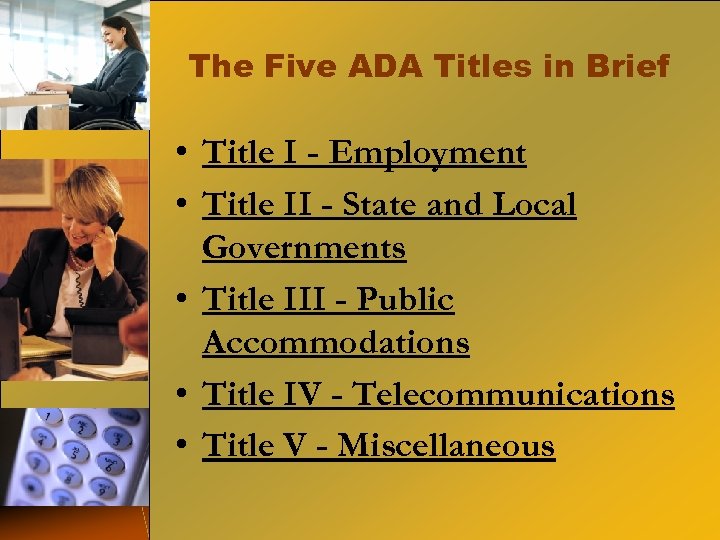 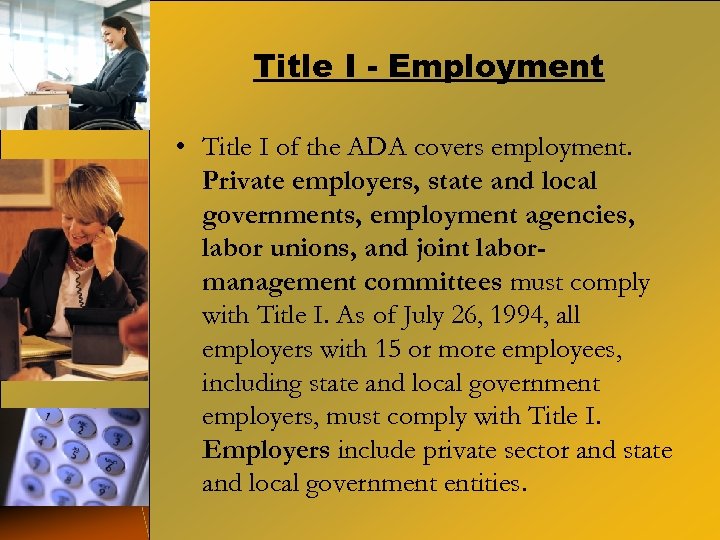 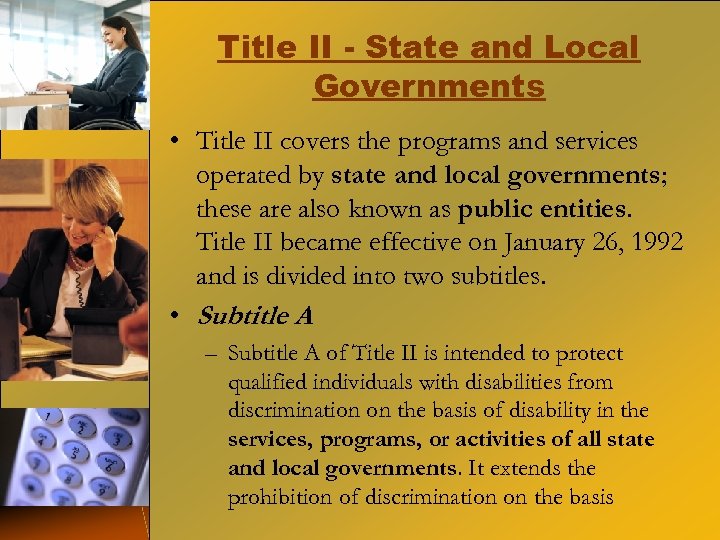 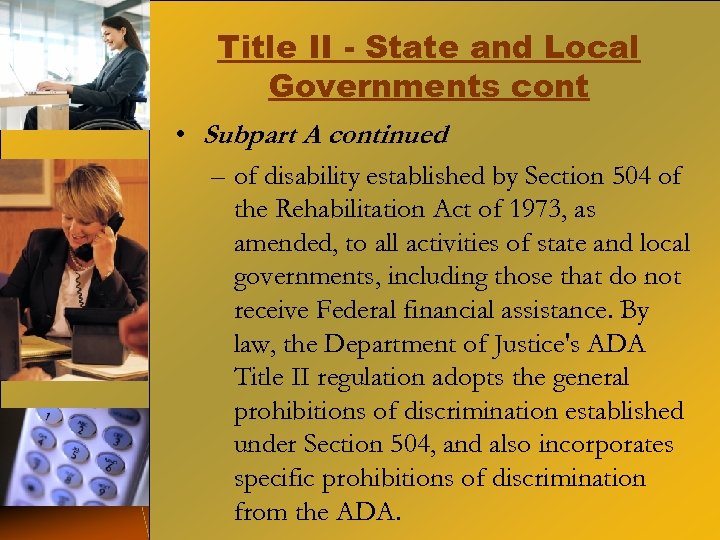 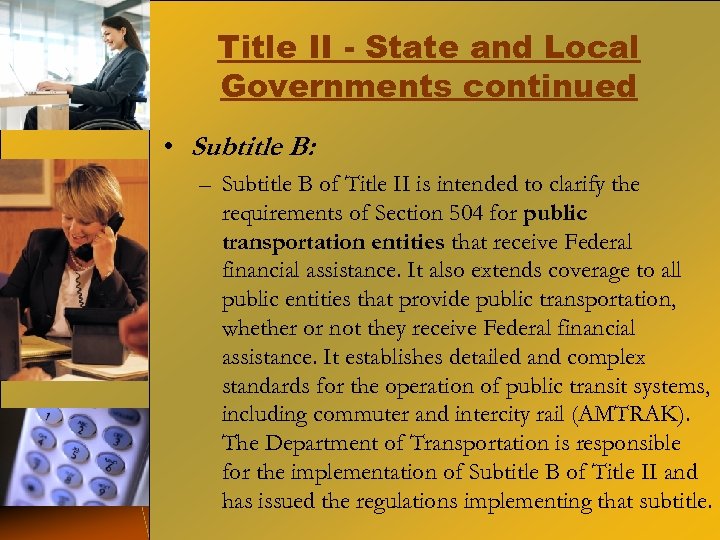 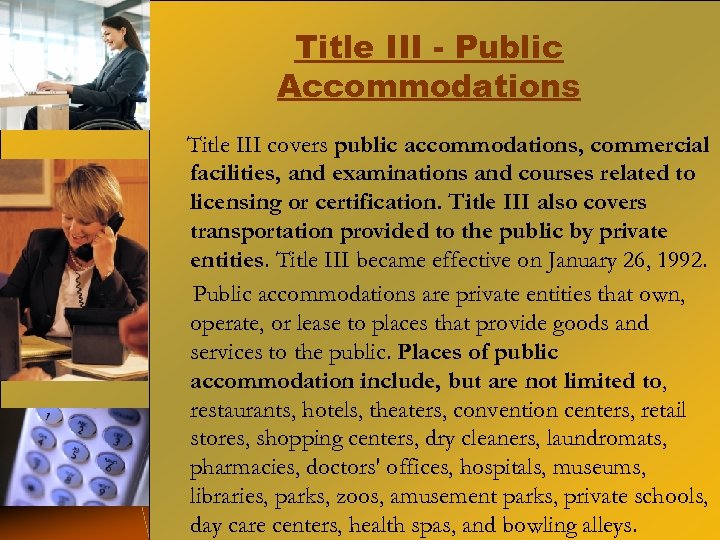 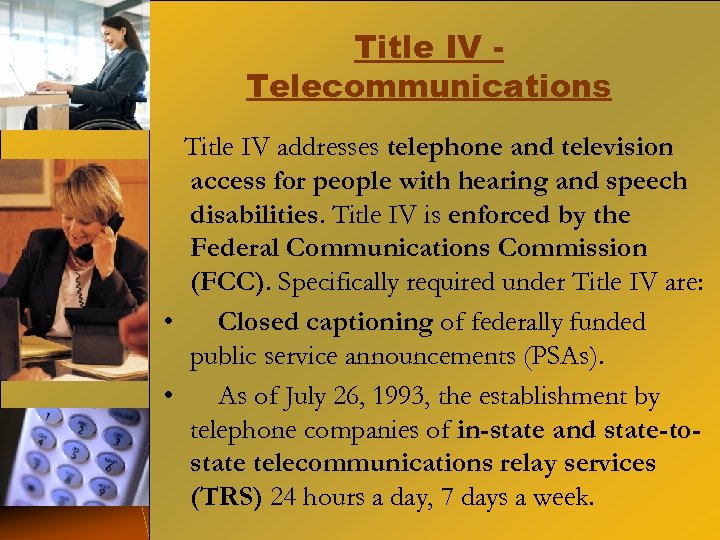 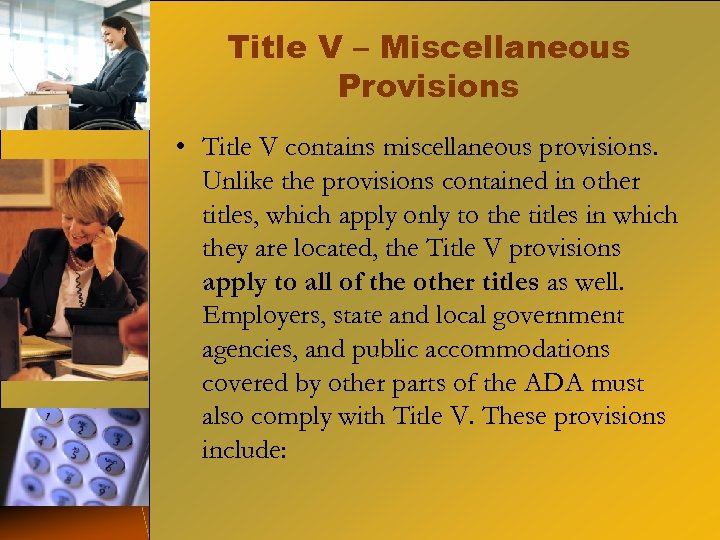 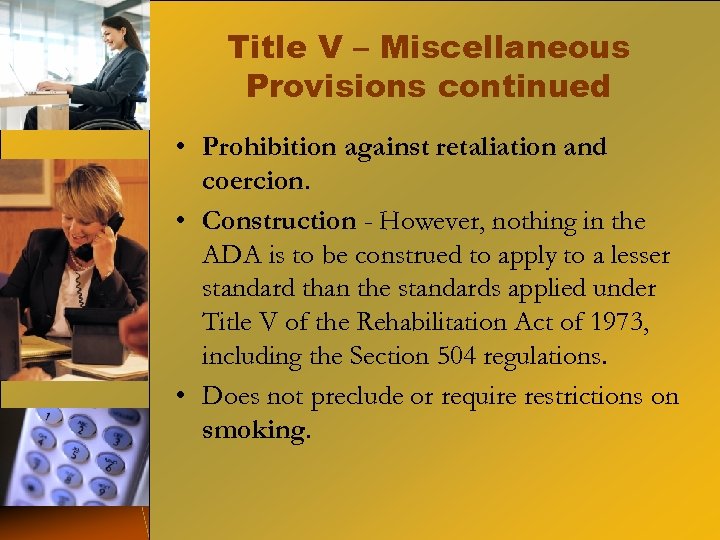 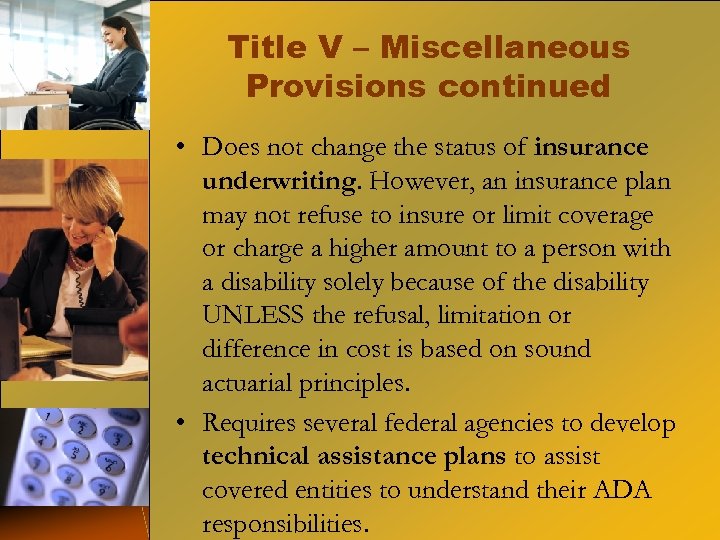 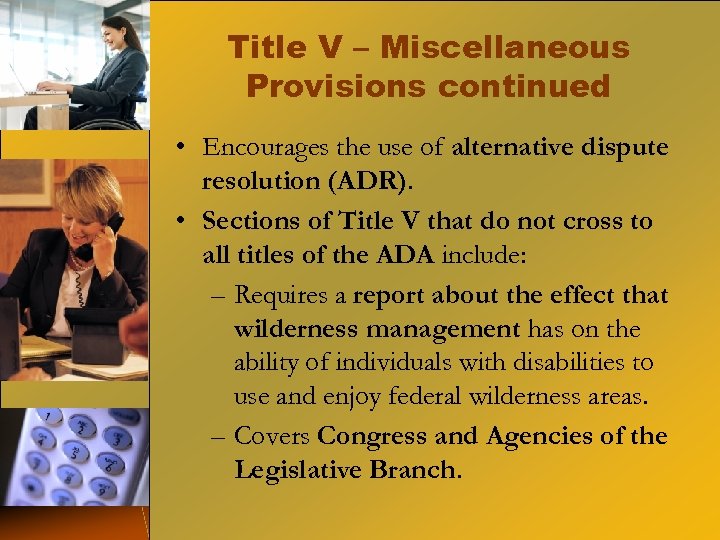 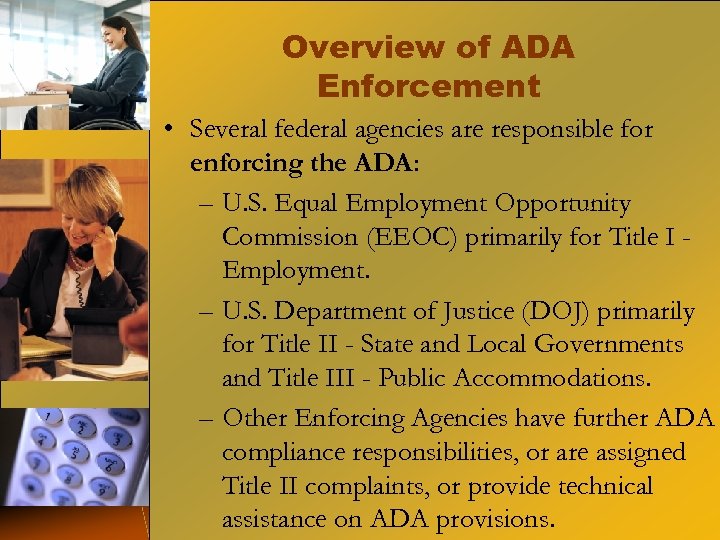 Скачать презентацию An Overview of the Americans with Disabilities Act

Title II - State and Local Governments • Title II covers the programs and services operated by state and local governments; these are also known as public entities. Title II became effective on January 26, 1992 and is divided into two subtitles. • Subtitle A – Subtitle A of Title II is intended to protect qualified individuals with disabilities from discrimination on the basis of disability in the services, programs, or activities of all state and local governments. It extends the prohibition of discrimination on the basis

Title II - State and Local Governments cont • Subpart A continued – of disability established by Section 504 of the Rehabilitation Act of 1973, as amended, to all activities of state and local governments, including those that do not receive Federal financial assistance. By law, the Department of Justice's ADA Title II regulation adopts the general prohibitions of discrimination established under Section 504, and also incorporates specific prohibitions of discrimination from the ADA.

Title II - State and Local Governments continued • Subtitle B: – Subtitle B of Title II is intended to clarify the requirements of Section 504 for public transportation entities that receive Federal financial assistance. It also extends coverage to all public entities that provide public transportation, whether or not they receive Federal financial assistance. It establishes detailed and complex standards for the operation of public transit systems, including commuter and intercity rail (AMTRAK). The Department of Transportation is responsible for the implementation of Subtitle B of Title II and has issued the regulations implementing that subtitle.

Title V – Miscellaneous Provisions • Title V contains miscellaneous provisions. Unlike the provisions contained in other titles, which apply only to the titles in which they are located, the Title V provisions apply to all of the other titles as well. Employers, state and local government agencies, and public accommodations covered by other parts of the ADA must also comply with Title V. These provisions include:

Title V – Miscellaneous Provisions continued • Prohibition against retaliation and coercion. • Construction - However, nothing in the ADA is to be construed to apply to a lesser standard than the standards applied under Title V of the Rehabilitation Act of 1973, including the Section 504 regulations. • Does not preclude or require restrictions on smoking.

Title V – Miscellaneous Provisions continued • Does not change the status of insurance underwriting. However, an insurance plan may not refuse to insure or limit coverage or charge a higher amount to a person with a disability solely because of the disability UNLESS the refusal, limitation or difference in cost is based on sound actuarial principles. • Requires several federal agencies to develop technical assistance plans to assist covered entities to understand their ADA responsibilities.

Title V – Miscellaneous Provisions continued • Encourages the use of alternative dispute resolution (ADR). • Sections of Title V that do not cross to all titles of the ADA include: – Requires a report about the effect that wilderness management has on the ability of individuals with disabilities to use and enjoy federal wilderness areas. – Covers Congress and Agencies of the Legislative Branch.