An Age of Reforms Revolutions of 1848 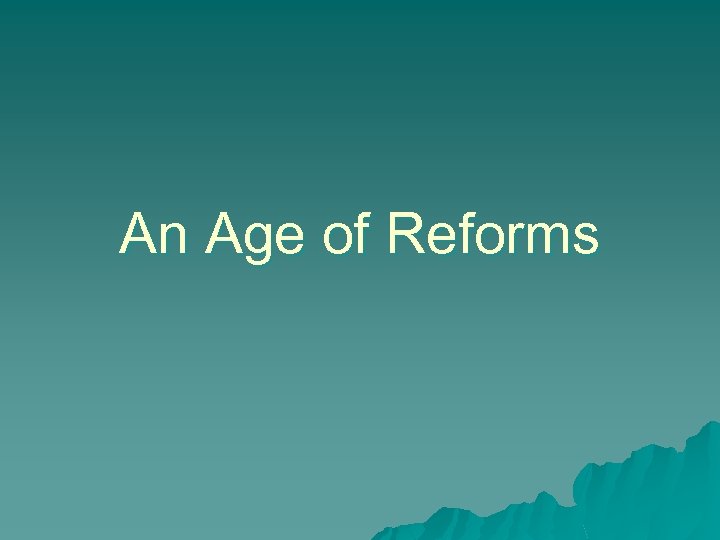 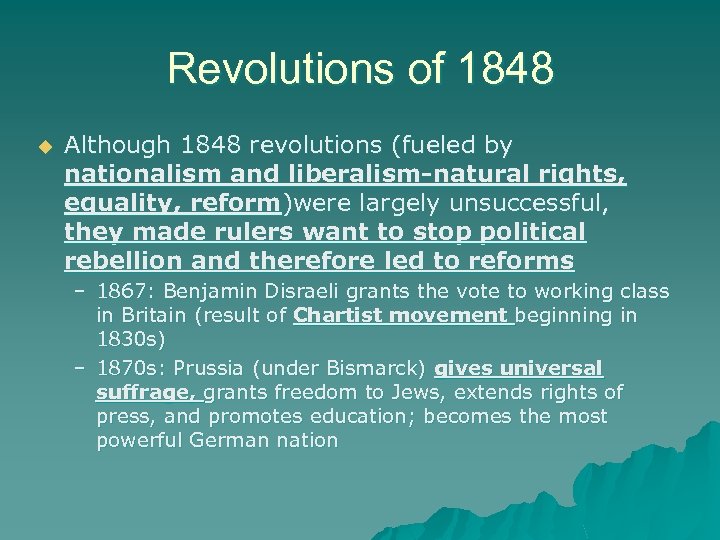 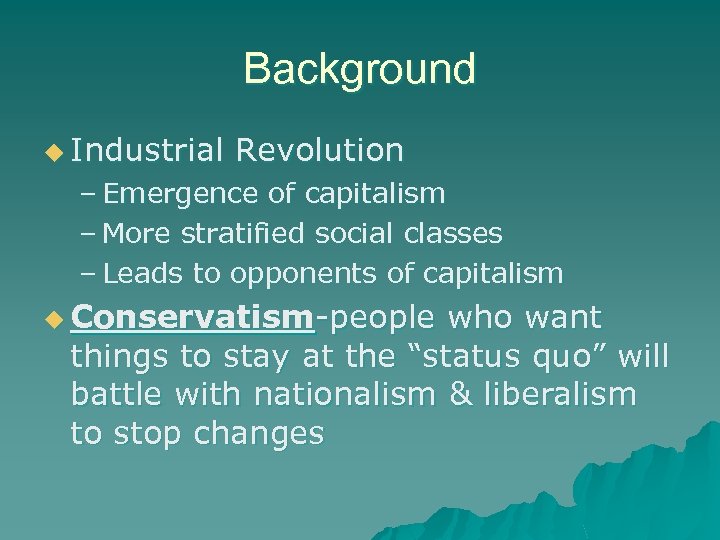 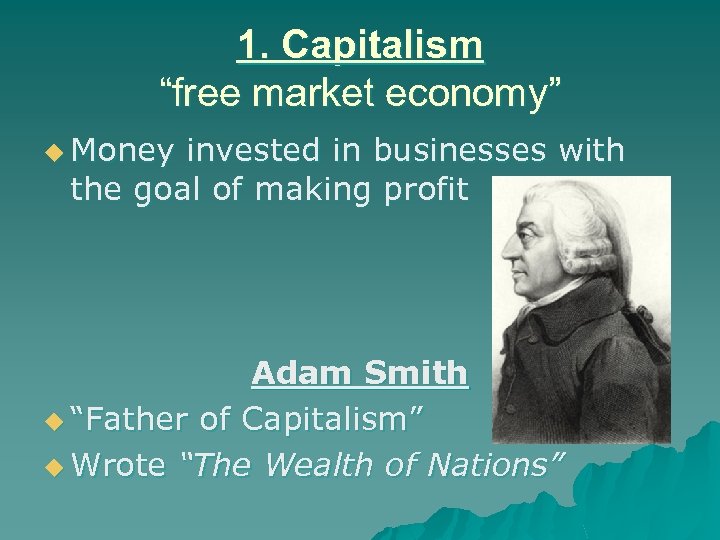 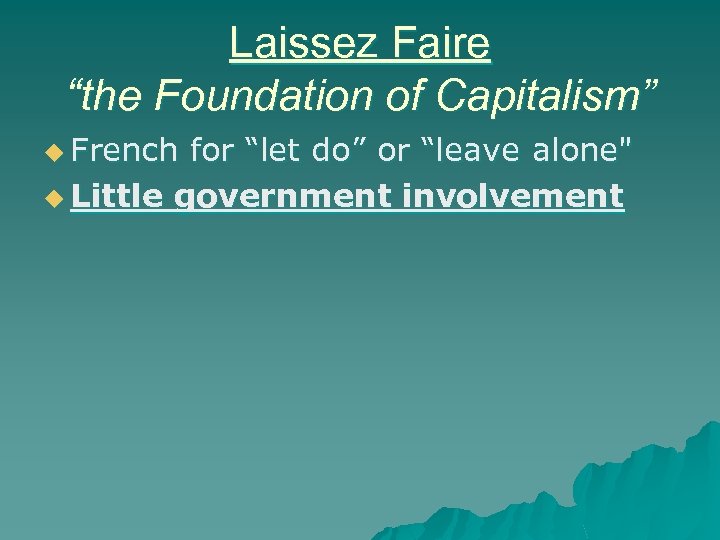 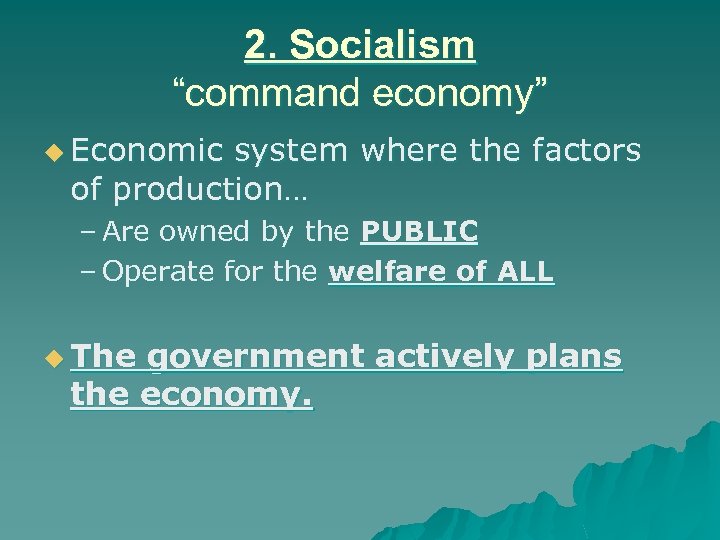 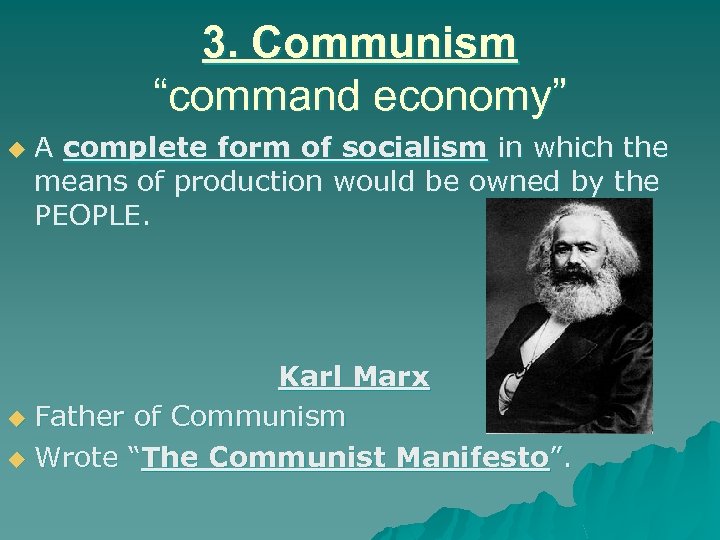 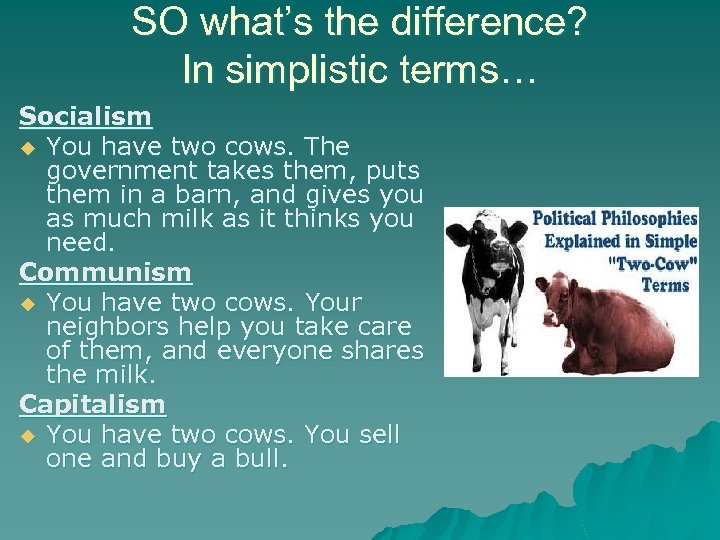 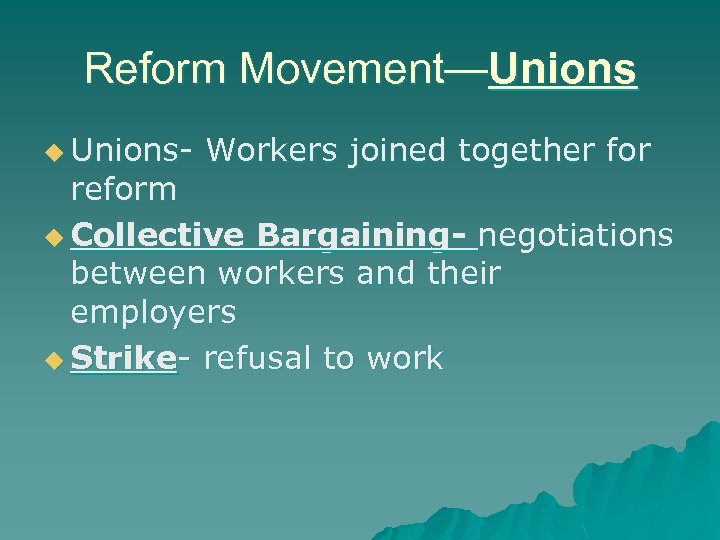 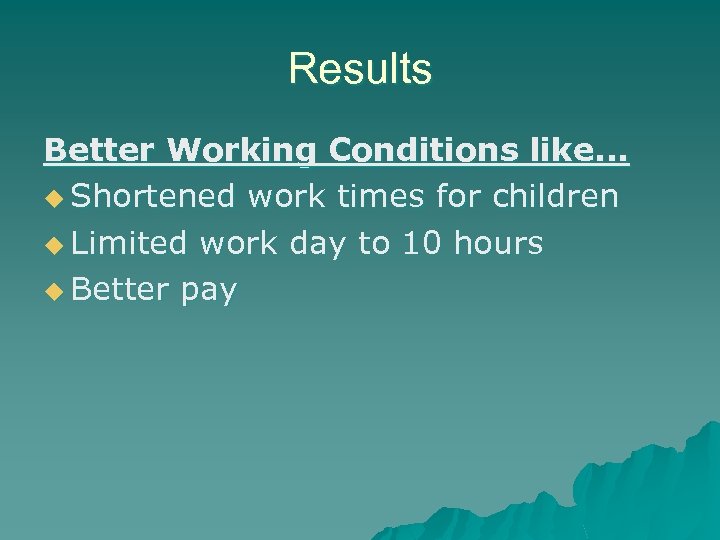 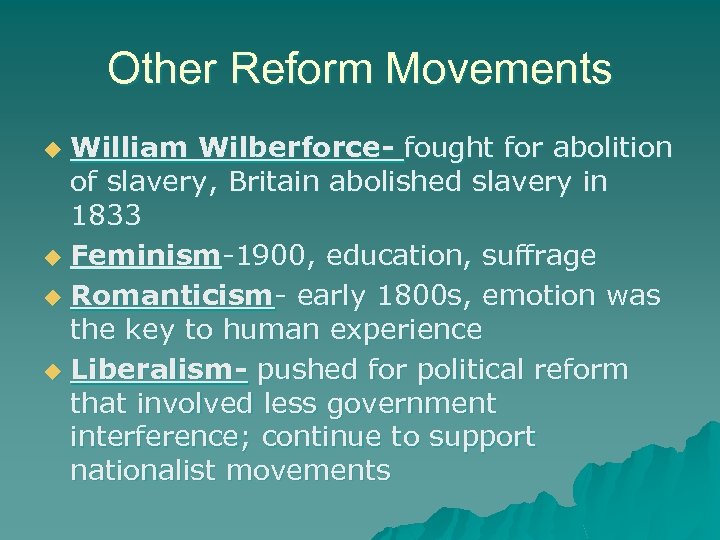 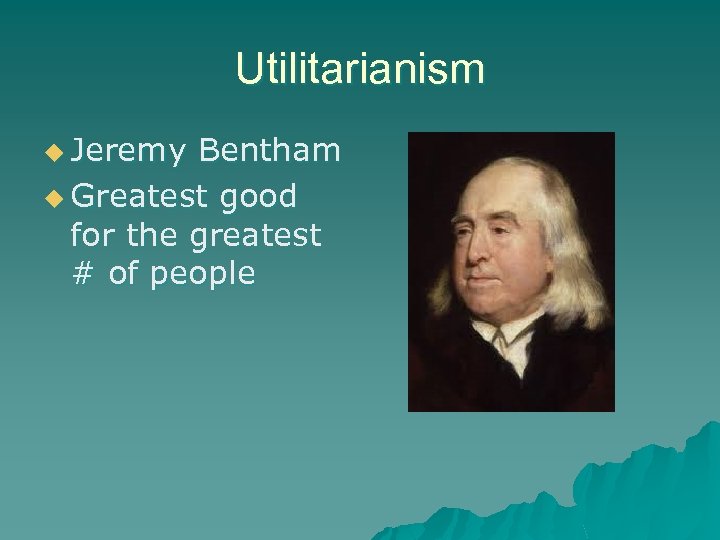 Скачать презентацию An Age of Reforms Revolutions of 1848

An Age of Reforms

Revolutions of 1848 u Although 1848 revolutions (fueled by nationalism and liberalism-natural rights, equality, reform)were largely unsuccessful, they made rulers want to stop political rebellion and therefore led to reforms – 1867: Benjamin Disraeli grants the vote to working class in Britain (result of Chartist movement beginning in 1830 s) – 1870 s: Prussia (under Bismarck) gives universal suffrage, grants freedom to Jews, extends rights of press, and promotes education; becomes the most powerful German nation

1. Capitalism “free market economy” u Money invested in businesses with the goal of making profit Adam Smith u “Father of Capitalism” u Wrote “The Wealth of Nations”

2. Socialism “command economy” u Economic system where the factors of production… – Are owned by the PUBLIC – Operate for the welfare of ALL u The government actively plans the economy.

3. Communism “command economy” u A complete form of socialism in which the means of production would be owned by the PEOPLE. Karl Marx u Father of Communism u Wrote “The Communist Manifesto”.

Results Better Working Conditions like. . . u Shortened work times for children u Limited work day to 10 hours u Better pay

Other Reform Movements William Wilberforce- fought for abolition of slavery, Britain abolished slavery in 1833 u Feminism-1900, education, suffrage u Romanticism- early 1800 s, emotion was the key to human experience u Liberalism- pushed for political reform that involved less government interference; continue to support nationalist movements u