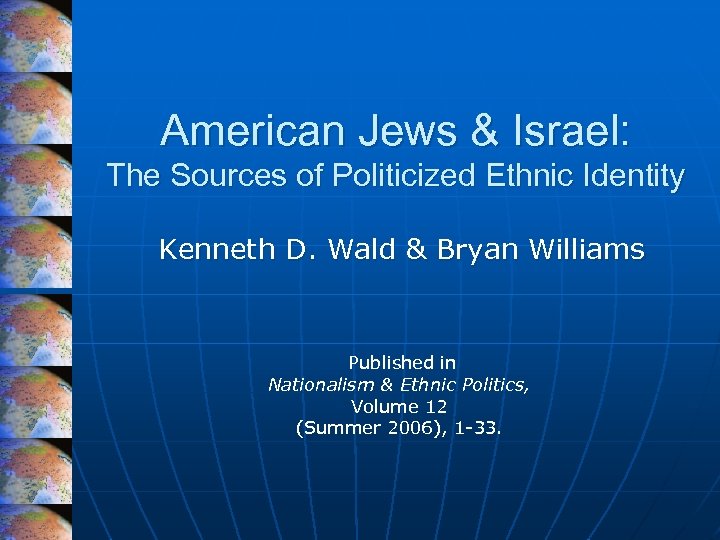 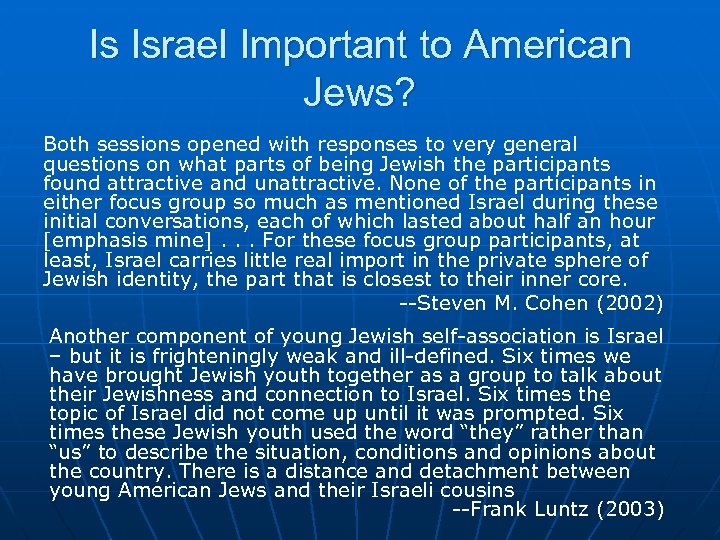 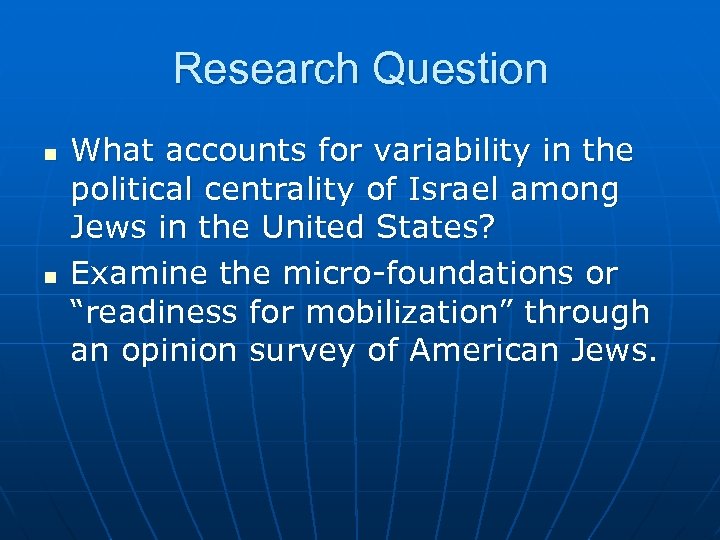 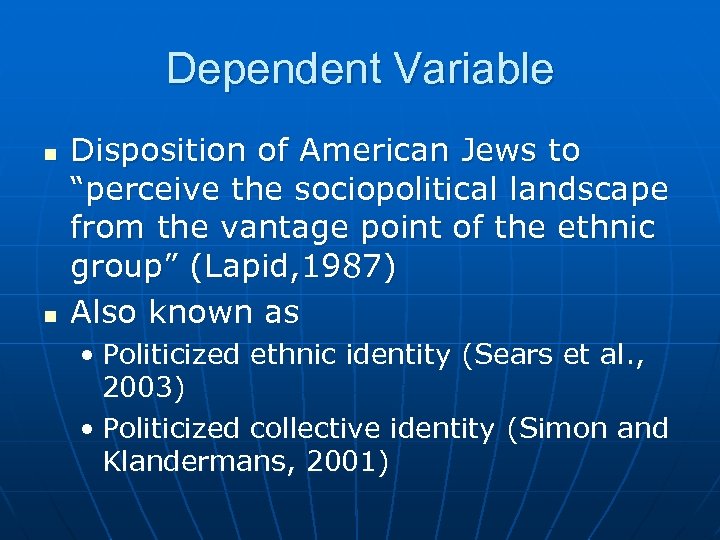 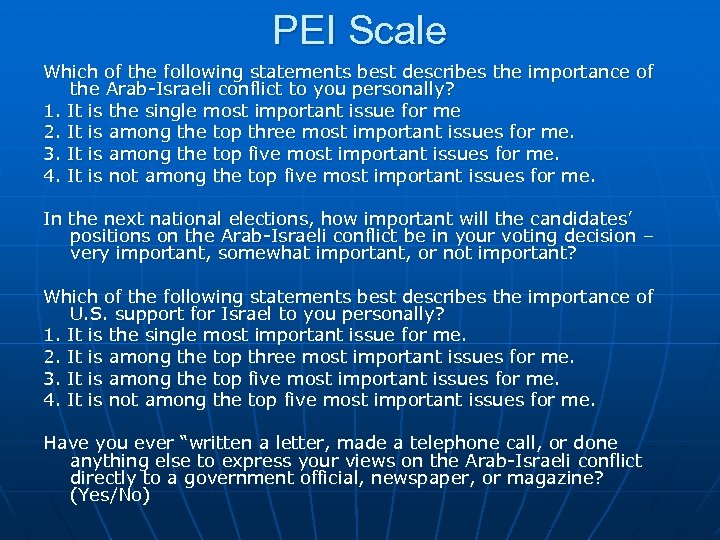 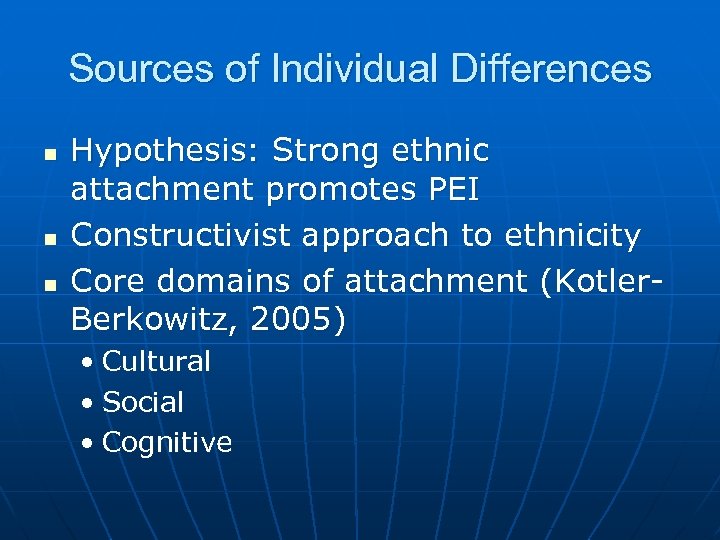 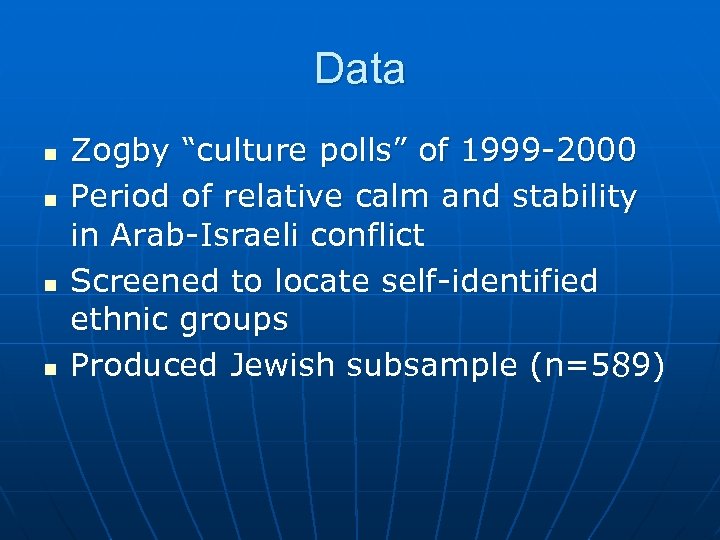 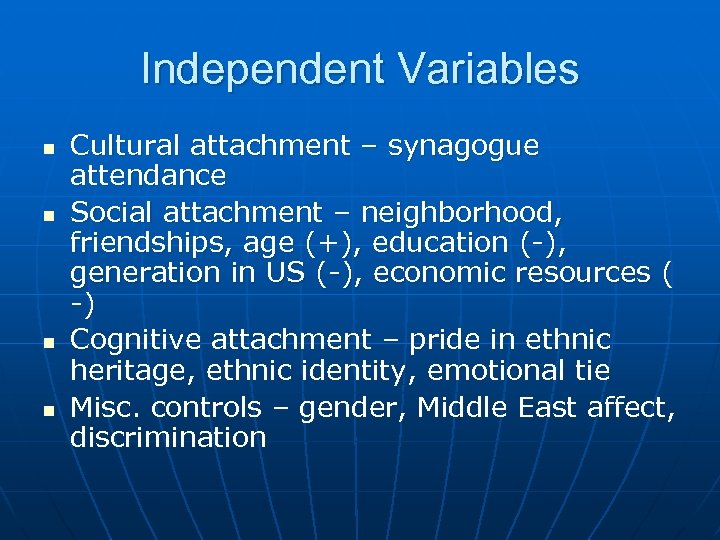 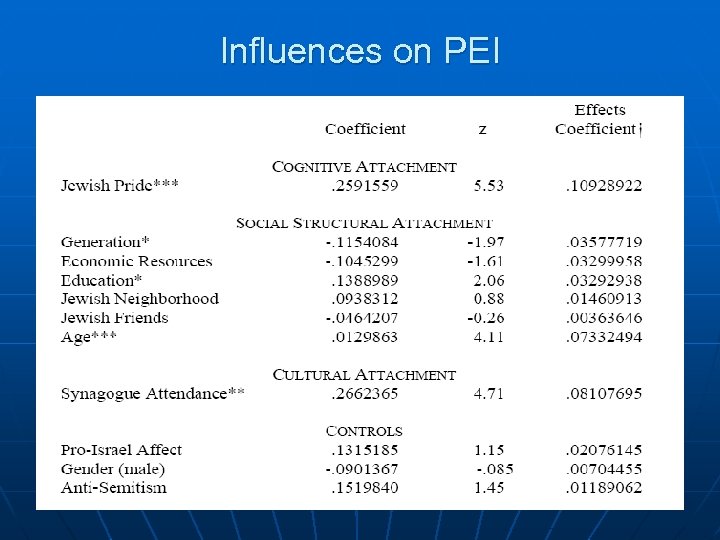 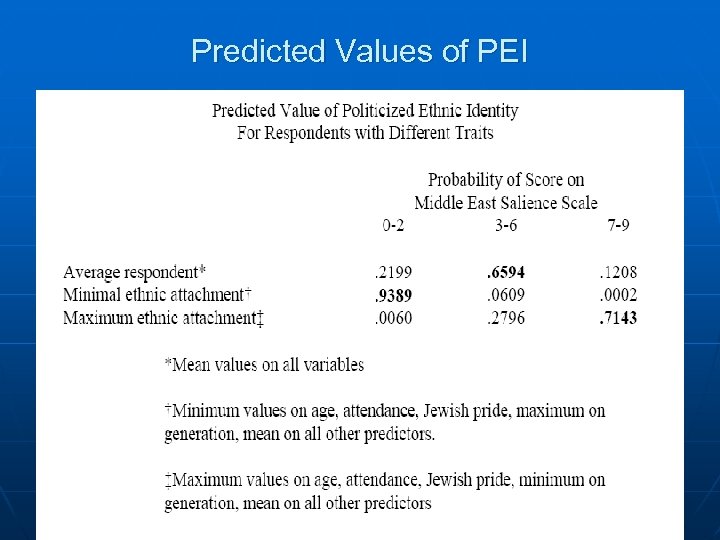 Is Israel Important to American Jews? Both sessions opened with responses to very general questions on what parts of being Jewish the participants found attractive and unattractive. None of the participants in either focus group so much as mentioned Israel during these initial conversations, each of which lasted about half an hour [emphasis mine]. . . For these focus group participants, at least, Israel carries little real import in the private sphere of Jewish identity, the part that is closest to their inner core. --Steven M. Cohen (2002) Another component of young Jewish self-association is Israel – but it is frighteningly weak and ill-defined. Six times we have brought Jewish youth together as a group to talk about their Jewishness and connection to Israel. Six times the topic of Israel did not come up until it was prompted. Six times these Jewish youth used the word “they” rather than “us” to describe the situation, conditions and opinions about the country. There is a distance and detachment between young American Jews and their Israeli cousins --Frank Luntz (2003)

Research Question n n What accounts for variability in the political centrality of Israel among Jews in the United States? Examine the micro-foundations or “readiness for mobilization” through an opinion survey of American Jews.