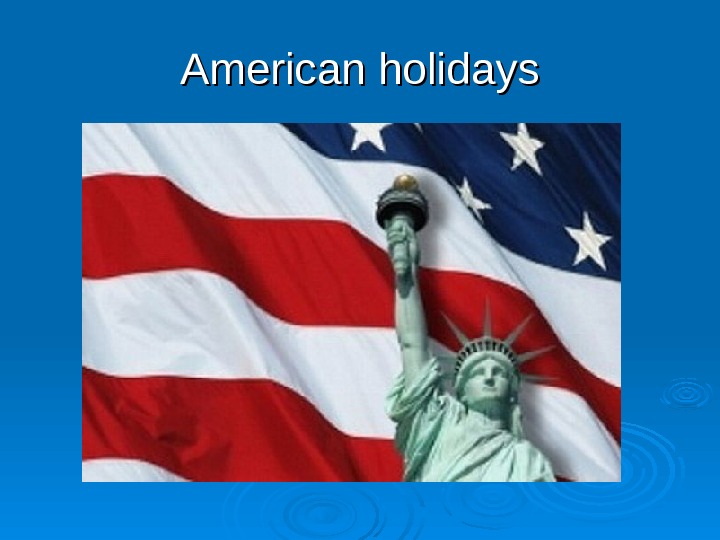 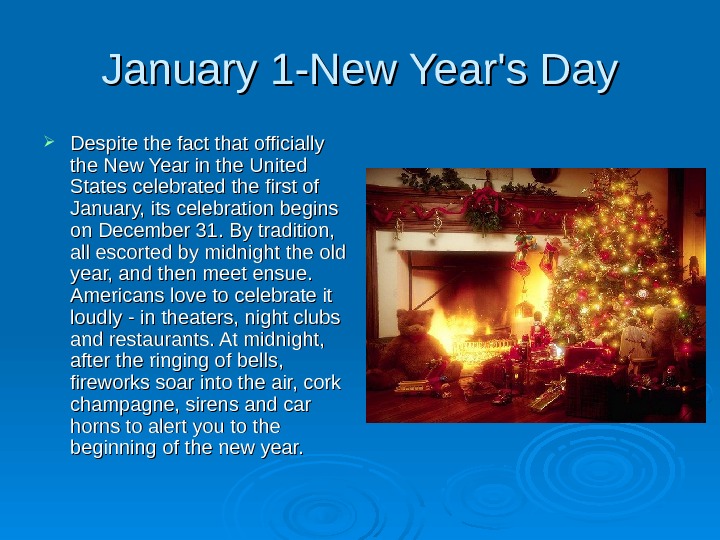 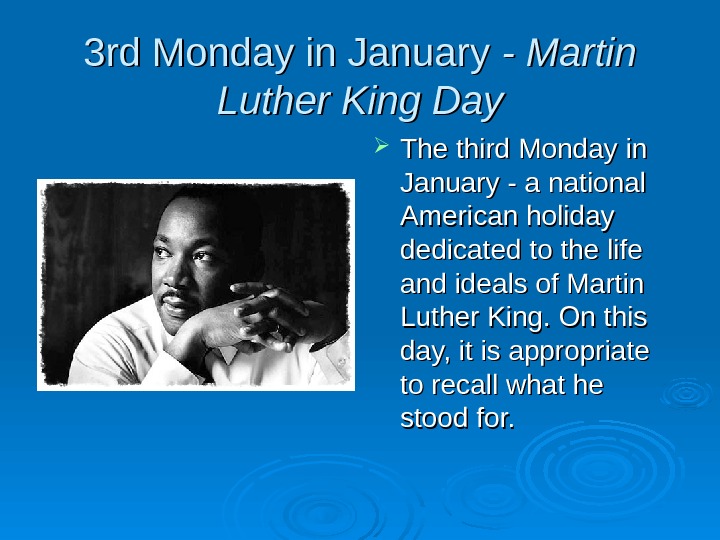 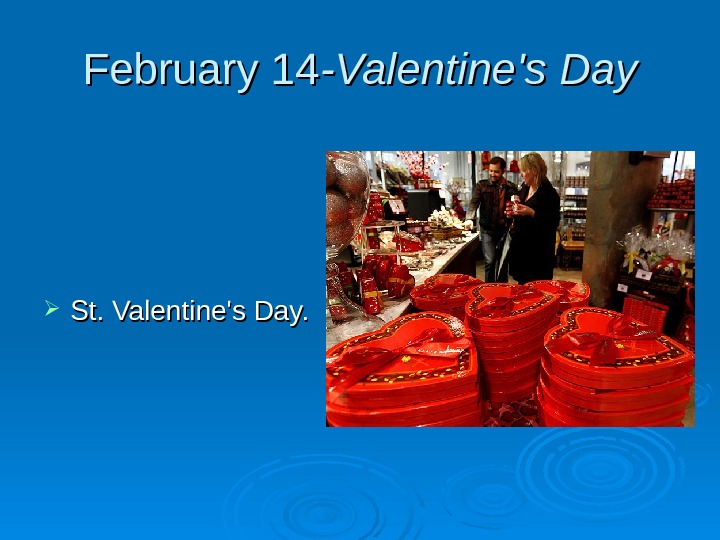 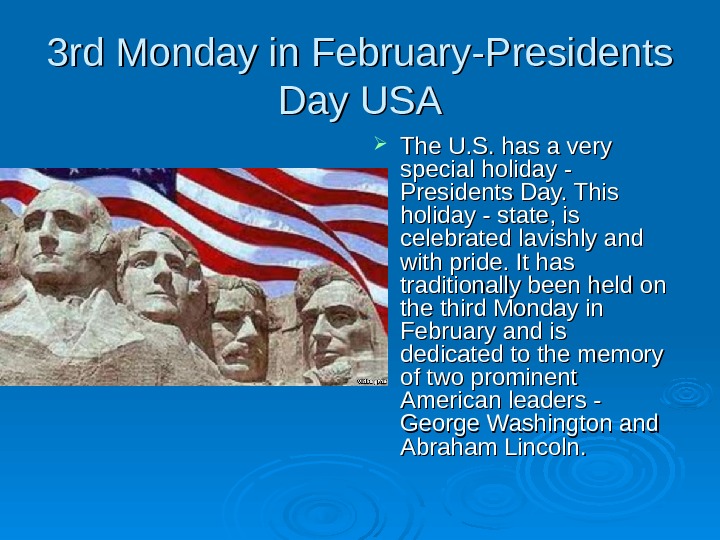 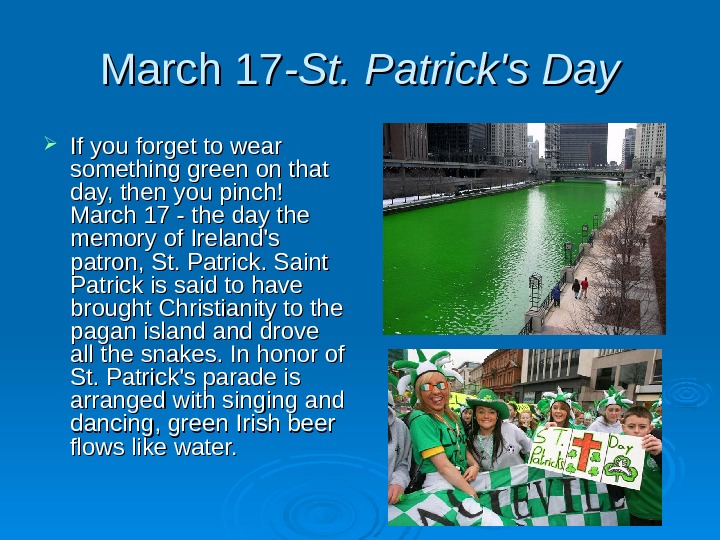 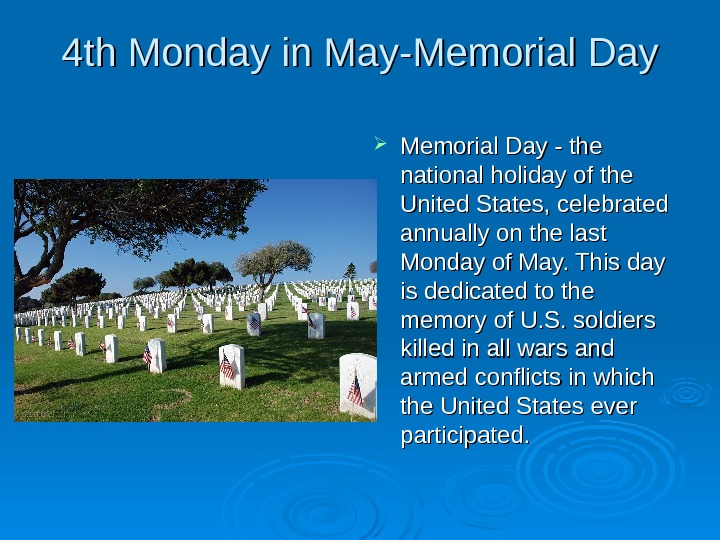 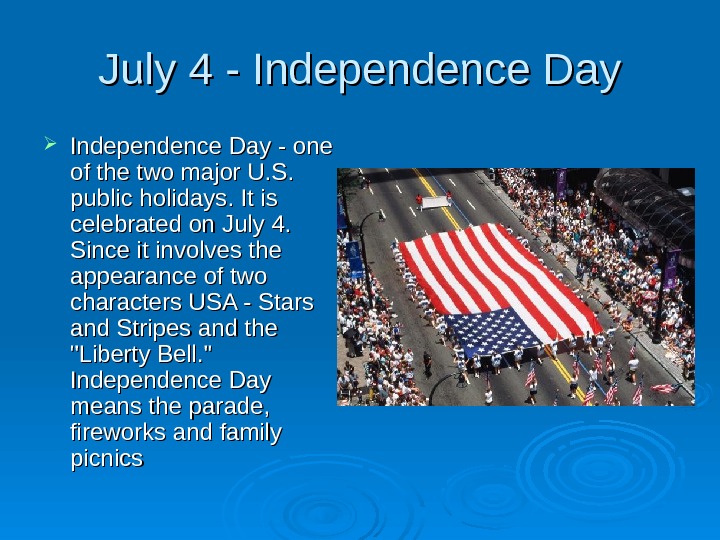 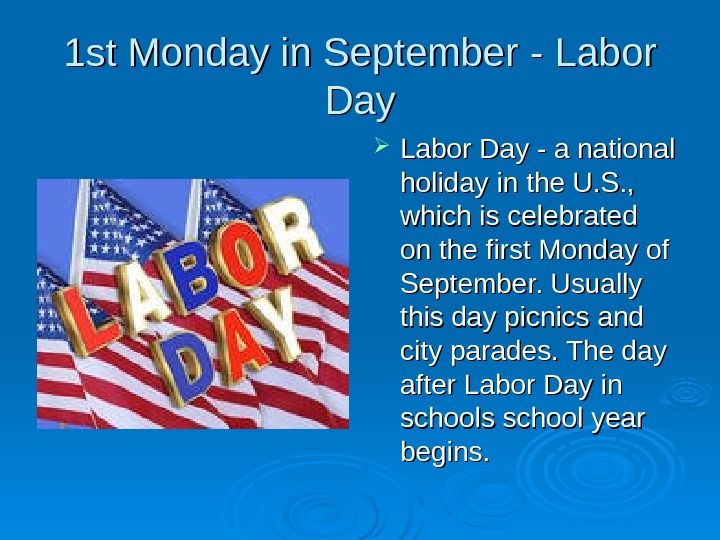 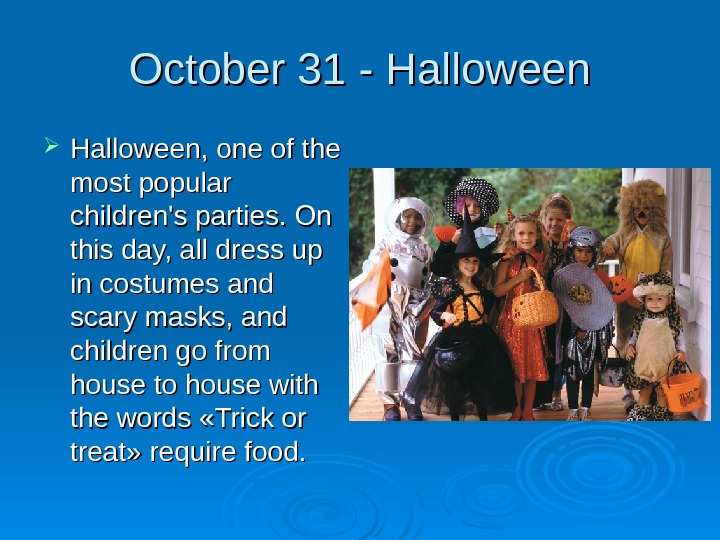 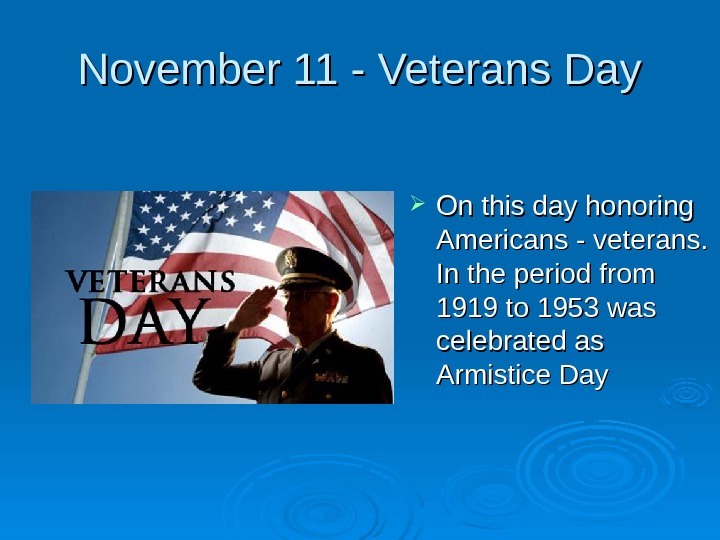 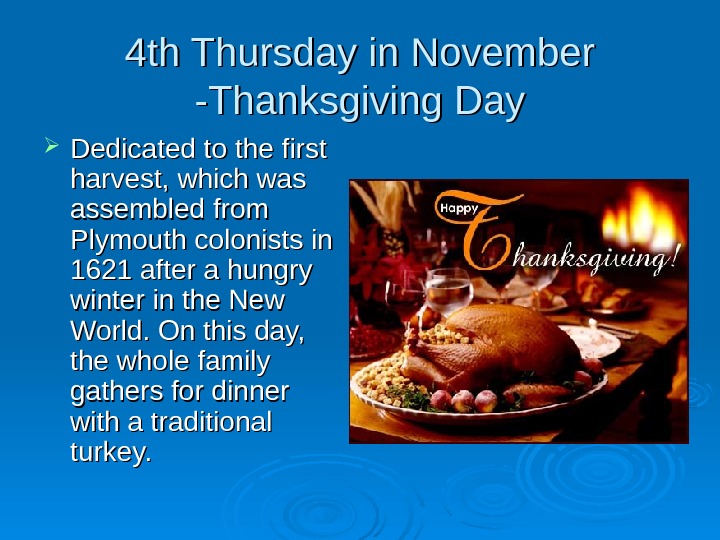 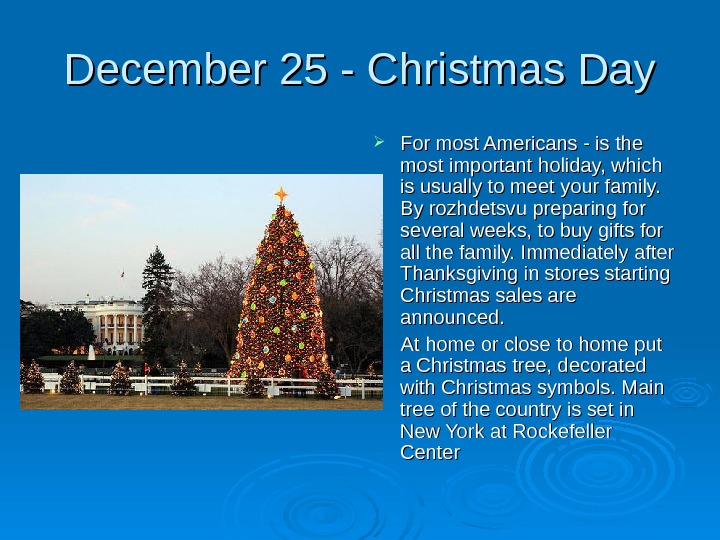 January 1 -New Year’s Day Despite the fact that officially the New Year in the United States celebrated the first of January, its celebration begins on December 31. By tradition, all escorted by midnight the old year, and then meet ensue. Americans love to celebrate it loudly — in theaters, night clubs and restaurants. At midnight, after the ringing of bells, fireworks soar into the air, cork champagne, sirens and car horns to alert you to the beginning of the new year.

March 17 -St. Patrick’s Day If you forget to wear something green on that day, then you pinch! March 17 — the day the memory of Ireland’s patron, St. Patrick. Saint Patrick is said to have brought Christianity to the pagan island and drove all the snakes. In honor of St. Patrick’s parade is arranged with singing and dancing, green Irish beer flows like water.

4 th Monday in May — Memorial Day — the national holiday of the United States, celebrated annually on the last Monday of May. This day is dedicated to the memory of U. S. soldiers killed in all wars and armed conflicts in which the United States ever participated.

July 4 — Independence Day — one of the two major U. S. public holidays. It is celebrated on July 4. Since it involves the appearance of two characters USA — Stars and Stripes and the «Liberty Bell. » Independence Day means the parade, fireworks and family picnics

1 st Monday in September — — Labor Day Labor Day — a national holiday in the U. S. , which is celebrated on the first Monday of September. Usually this day picnics and city parades. The day after Labor Day in schools school year begins.

October 31 — Halloween, one of the most popular children’s parties. On this day, all dress up in costumes and scary masks, and children go from house to house with the words «Trick or treat» require food.

November 11 — Veterans Day On this day honoring Americans — veterans. In the period from 1919 to 1953 was celebrated as Armistice Day

44 th Thursday in November — Thanksgiving Day Dedicated to the first harvest, which was assembled from Plymouth colonists in 1621 after a hungry winter in the New World. On this day, the whole family gathers for dinner with a traditional turkey.

December 25 — Christmas Day For most Americans — is the most important holiday, which is usually to meet your family. By rozhdetsvu preparing for several weeks, to buy gifts for all the family. Immediately after Thanksgiving in stores starting Christmas sales are announced. At home or close to home put a Christmas tree, decorated with Christmas symbols. Main tree of the country is set in New York at Rockefeller Center