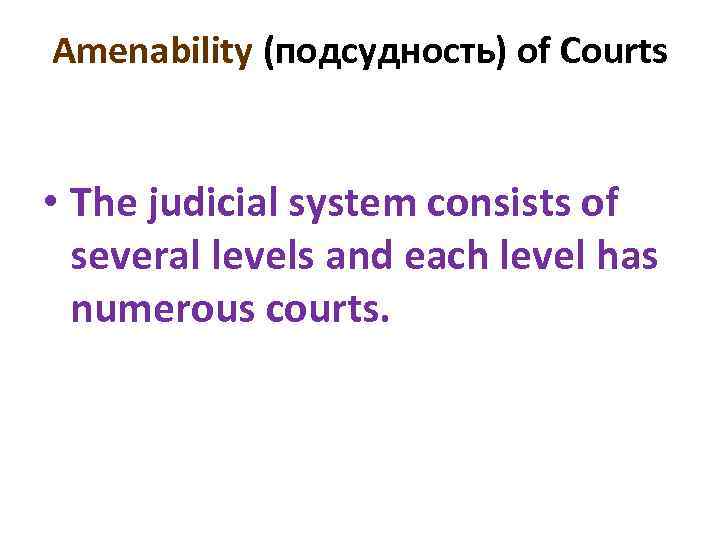 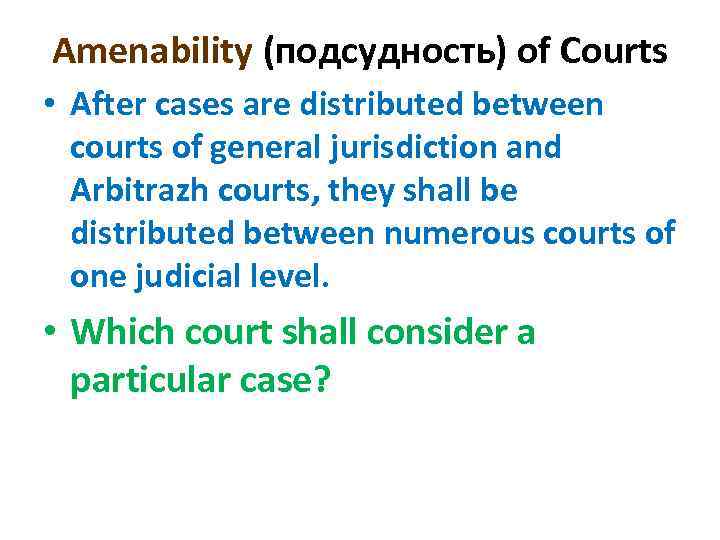 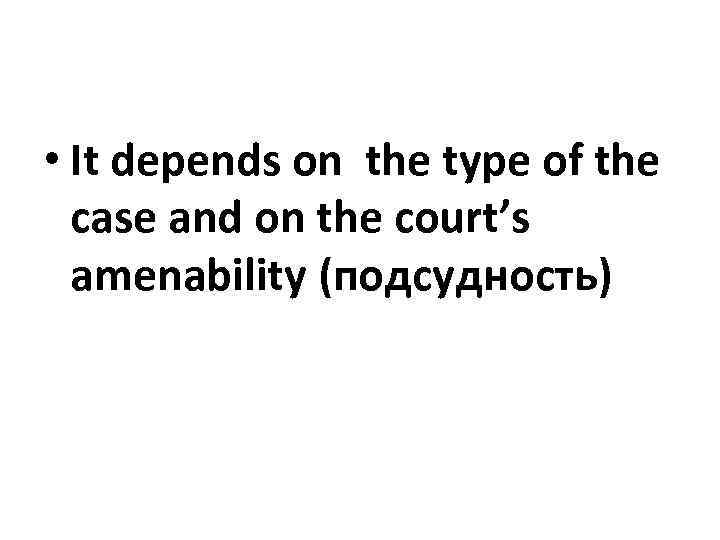 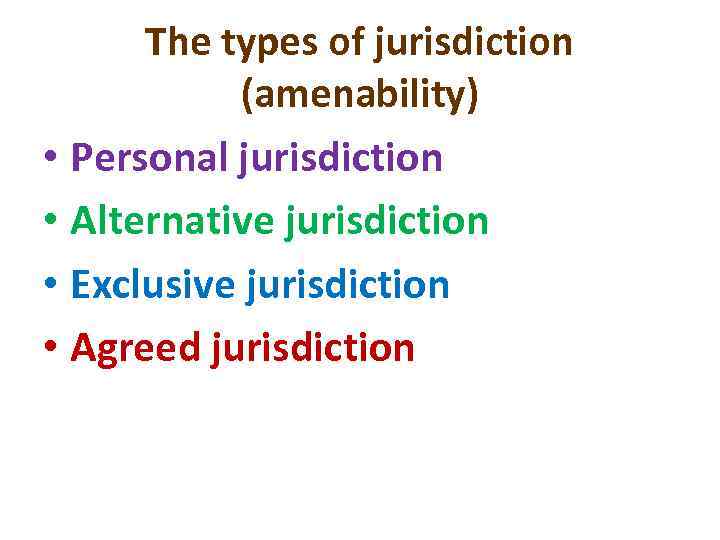 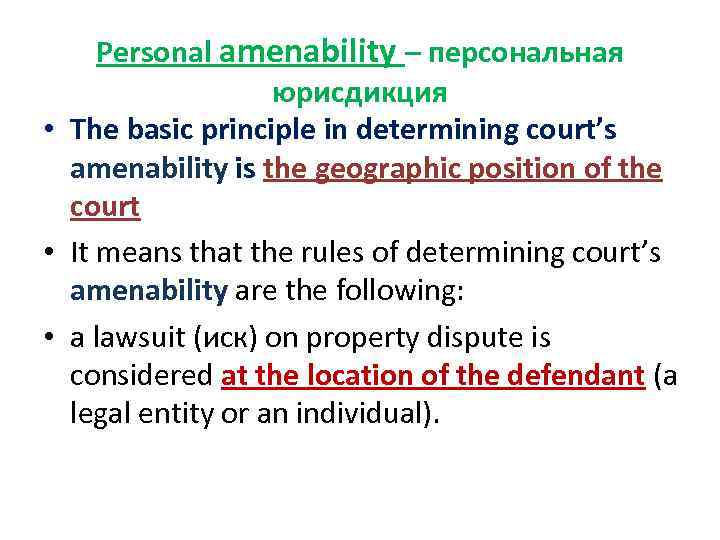 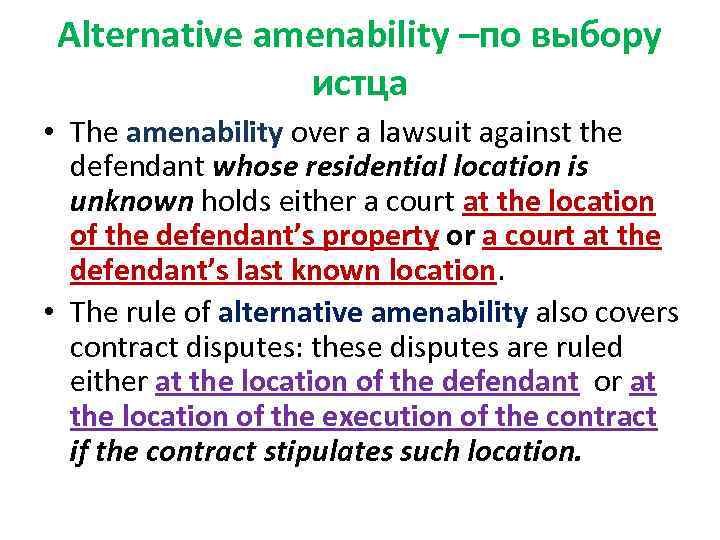 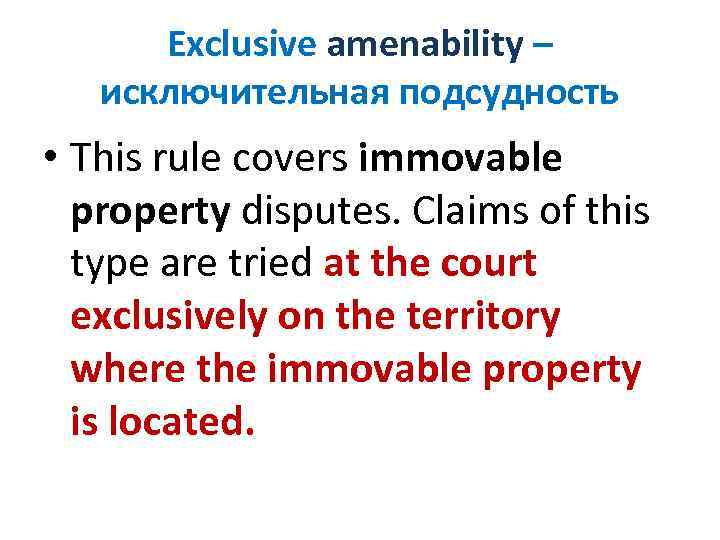 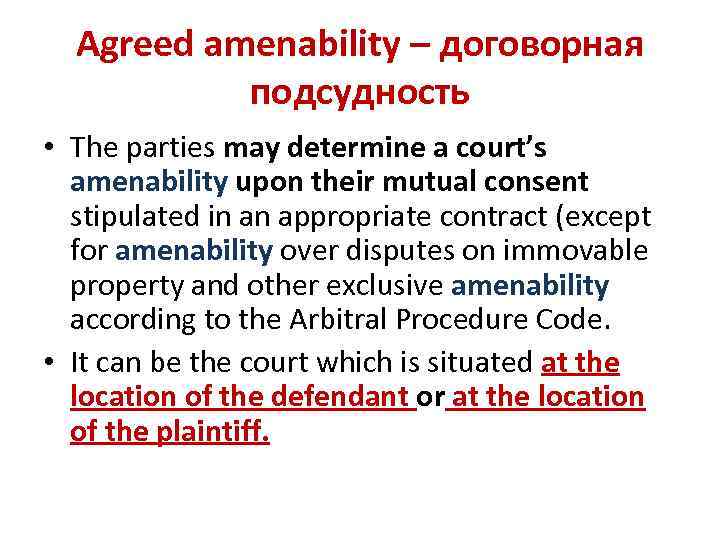 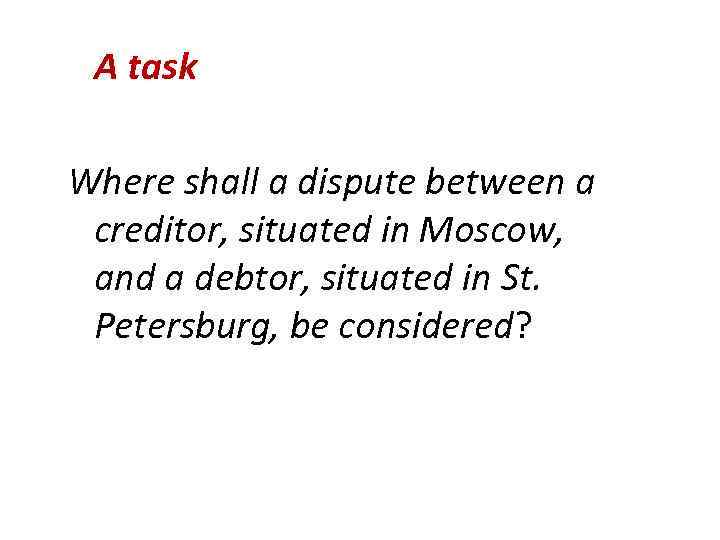 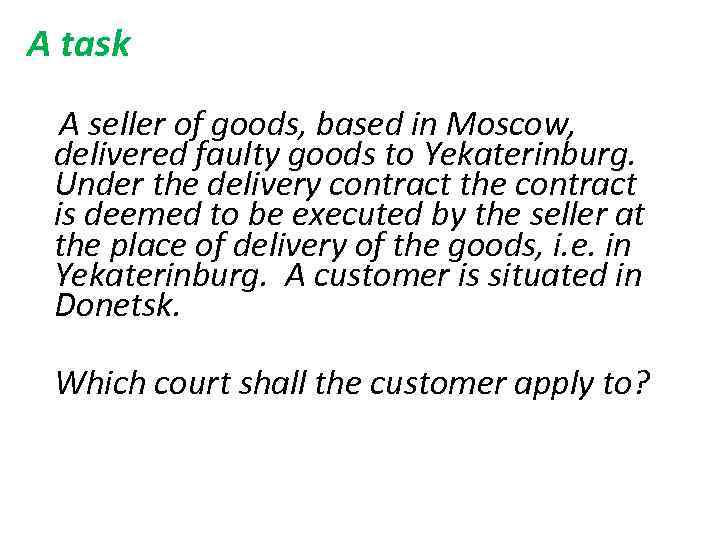 Amenability (подсудность) of Courts • The judicial system consists of several levels and each level has numerous courts.

A task A seller of goods, based in Moscow, delivered faulty goods to Yekaterinburg. Under the delivery contract the contract is deemed to be executed by the seller at the place of delivery of the goods, i. e. in Yekaterinburg. A customer is situated in Donetsk. Which court shall the customer apply to?