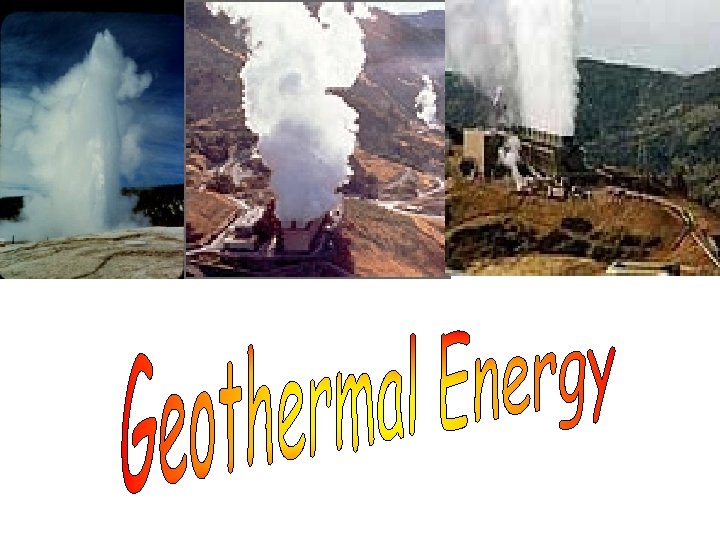 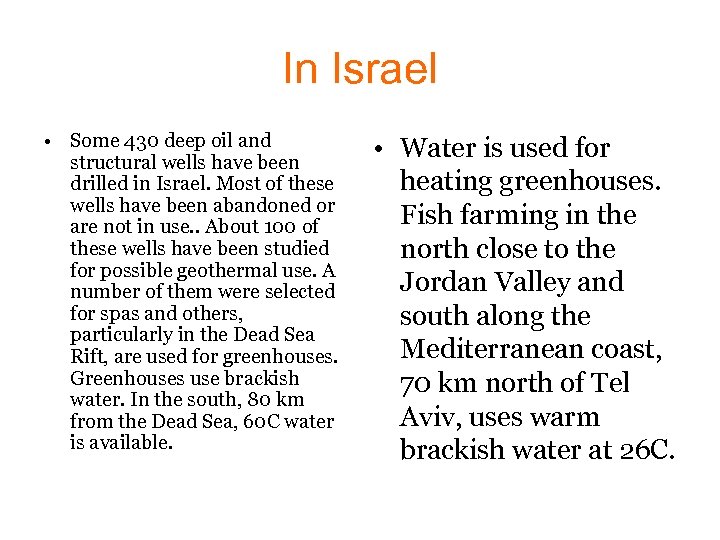 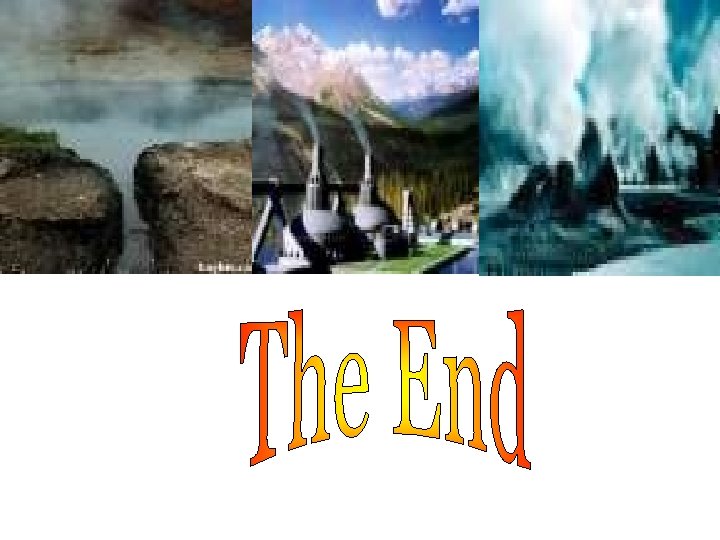 All About Geothermal Energy • Geothermal energy is energy from the Earths interior. It is not a renewable energy source like wave or wind power, but it can last for a long time before running out. For an area to have geothermal reservoir features it must have a source of heat, an area for the water to be trapped and sealed and a recharge area where the water supply can be filled up from when it is getting low

Where Does It Come From? • Geothermal energy comes • Another way for from the decays of geothermal energy to be radioactive elements in made is, magma rising the Earths' crust. As heat through the crust will is transferred through the heat any groundwater. Earth it comes into This groundwater can contact with other then go to the surface to substances, like water. give such features as This water is then heated geysers, hot springs and by the radioactivity to boiling mud puddles. temperatures of between 20 - >150°C

In Israel • Some 430 deep oil and structural wells have been drilled in Israel. Most of these wells have been abandoned or are not in use. . About 100 of these wells have been studied for possible geothermal use. A number of them were selected for spas and others, particularly in the Dead Sea Rift, are used for greenhouses. Greenhouses use brackish water. In the south, 80 km from the Dead Sea, 60 C water is available. • Water is used for heating greenhouses. Fish farming in the north close to the Jordan Valley and south along the Mediterranean coast, 70 km north of Tel Aviv, uses warm brackish water at 26 C.