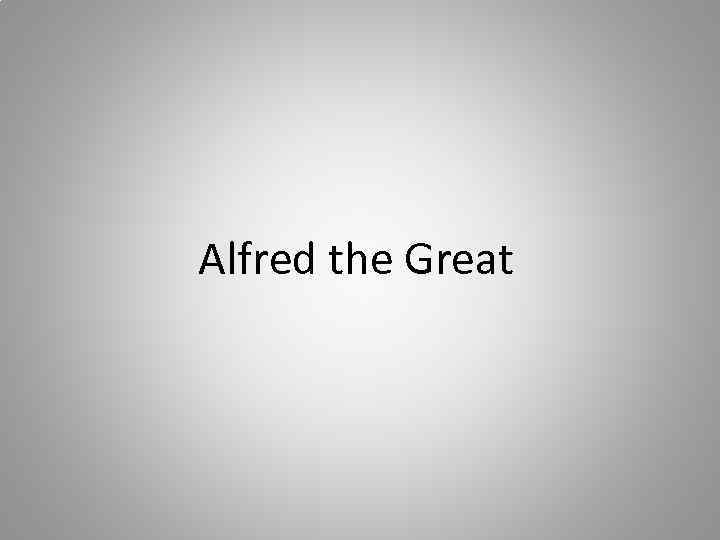 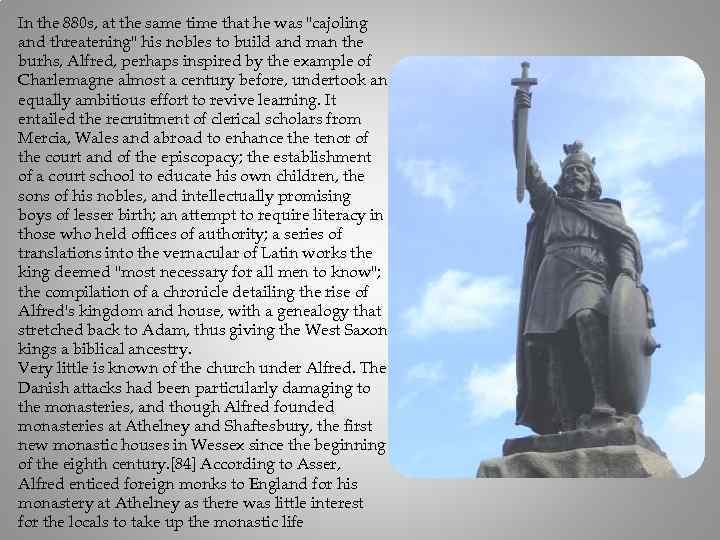 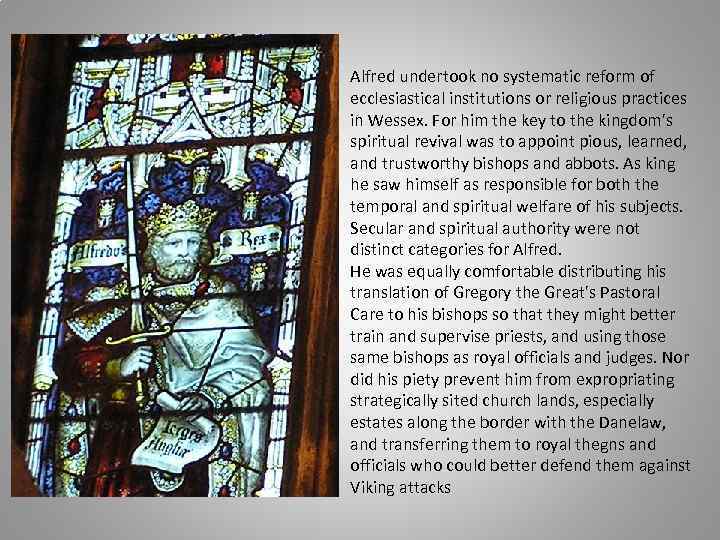 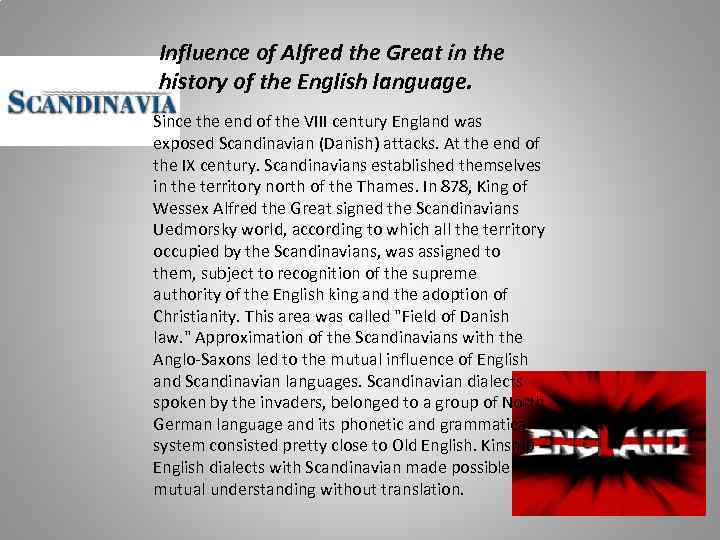 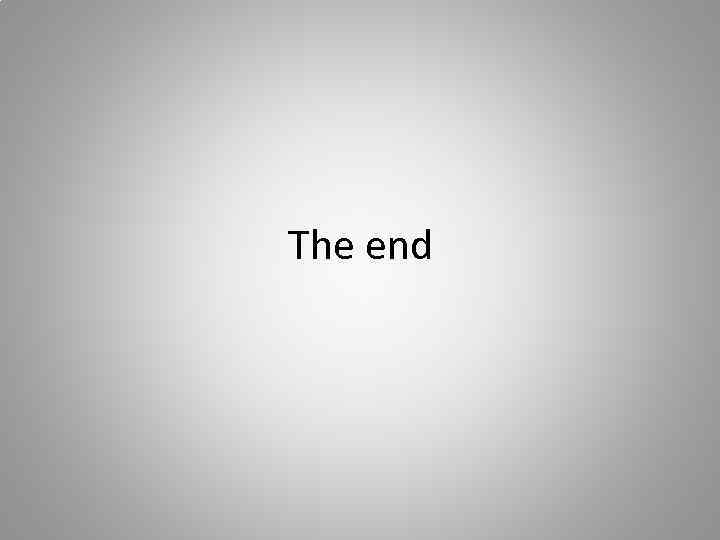 Alfred the Great (849 – 26 October 899) was King of Wessex from 871 to 899 Alfred successfully defended his kingdom against the Viking attempt at conquest, and by the time of his death had become the dominant ruler in England. He is the only English monarch to be accorded the epithet "the Great". Alfred was the first King of the West Saxons to style himself "King of the Anglo. Saxons". A devout Christian, Alfred's reputation has been that of a learned and merciful man of a gracious and level-headed nature who encouraged education and improved his kingdom's legal system, military structure and his people's quality of life.

In the 880 s, at the same time that he was "cajoling and threatening" his nobles to build and man the burhs, Alfred, perhaps inspired by the example of Charlemagne almost a century before, undertook an equally ambitious effort to revive learning. It entailed the recruitment of clerical scholars from Mercia, Wales and abroad to enhance the tenor of the court and of the episcopacy; the establishment of a court school to educate his own children, the sons of his nobles, and intellectually promising boys of lesser birth; an attempt to require literacy in those who held offices of authority; a series of translations into the vernacular of Latin works the king deemed "most necessary for all men to know"; the compilation of a chronicle detailing the rise of Alfred's kingdom and house, with a genealogy that stretched back to Adam, thus giving the West Saxon kings a biblical ancestry. Very little is known of the church under Alfred. The Danish attacks had been particularly damaging to the monasteries, and though Alfred founded monasteries at Athelney and Shaftesbury, the first new monastic houses in Wessex since the beginning of the eighth century. [84] According to Asser, Alfred enticed foreign monks to England for his monastery at Athelney as there was little interest for the locals to take up the monastic life

Alfred undertook no systematic reform of ecclesiastical institutions or religious practices in Wessex. For him the key to the kingdom's spiritual revival was to appoint pious, learned, and trustworthy bishops and abbots. As king he saw himself as responsible for both the temporal and spiritual welfare of his subjects. Secular and spiritual authority were not distinct categories for Alfred. He was equally comfortable distributing his translation of Gregory the Great's Pastoral Care to his bishops so that they might better train and supervise priests, and using those same bishops as royal officials and judges. Nor did his piety prevent him from expropriating strategically sited church lands, especially estates along the border with the Danelaw, and transferring them to royal thegns and officials who could better defend them against Viking attacks

Following the example of Charlemagne, Alfred established a court school for the education of his own children, those of the nobility, and "a good many of lesser birth". There they studied books in both English and Latin and devoted themselves to writing. He recruited scholars from the Continent and from Britain to aid in the revival of Christian learning in Wessex and to provide the king personal instruction. Grimbald and John the Saxon came from Francia; Plegmund (whom Alfred appointed archbishop of Canterbury in 890), Bishop Werferth of Worcester, and the royal chaplains Werwulf, from Mercia; and Asser, from St. David's in south-western Wales

Influence of Alfred the Great in the history of the English language. Since the end of the VIII century England was exposed Scandinavian (Danish) attacks. At the end of the IX century. Scandinavians established themselves in the territory north of the Thames. In 878, King of Wessex Alfred the Great signed the Scandinavians Uedmorsky world, according to which all the territory occupied by the Scandinavians, was assigned to them, subject to recognition of the supreme authority of the English king and the adoption of Christianity. This area was called "Field of Danish law. " Approximation of the Scandinavians with the Anglo-Saxons led to the mutual influence of English and Scandinavian languages. Scandinavian dialects spoken by the invaders, belonged to a group of North German language and its phonetic and grammatical system consisted pretty close to Old English. Kinship English dialects with Scandinavian made possible mutual understanding without translation.