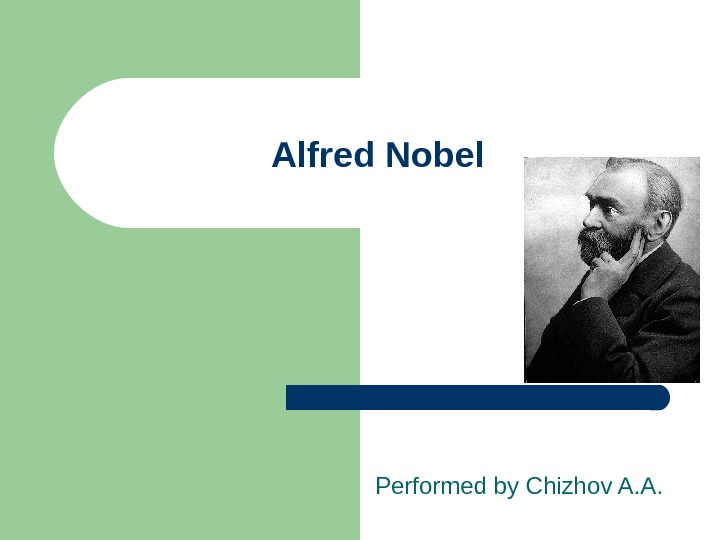 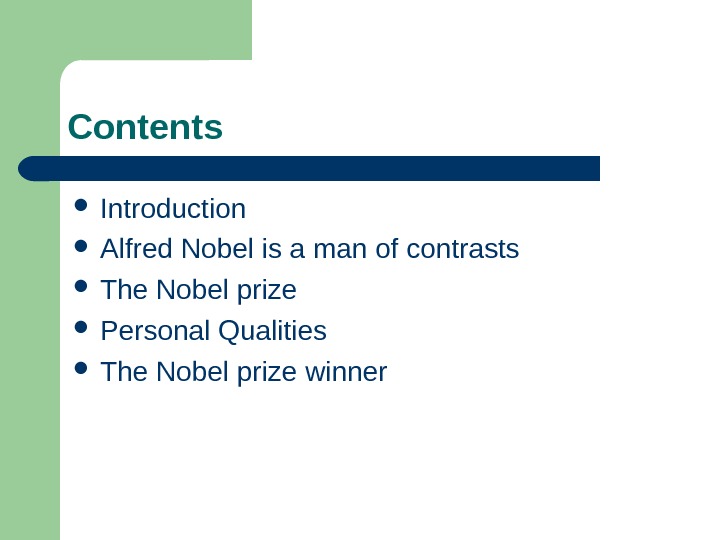 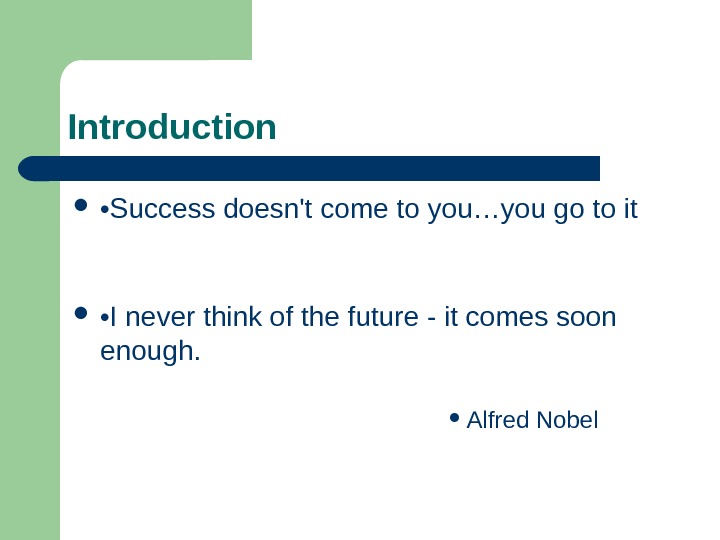 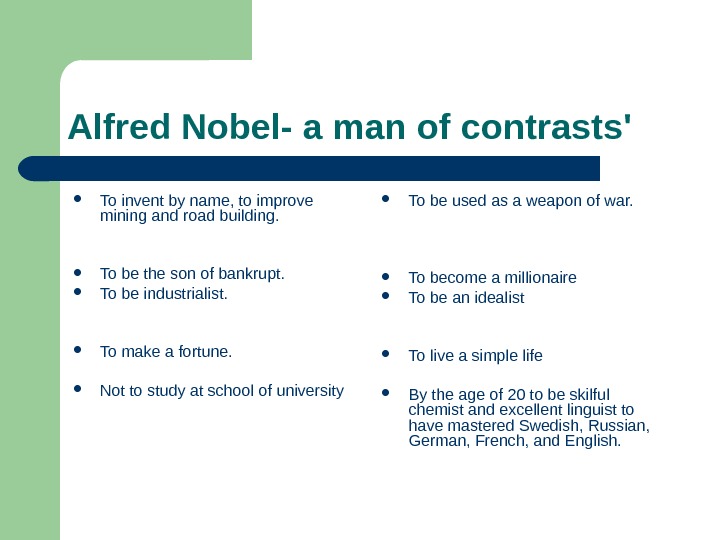 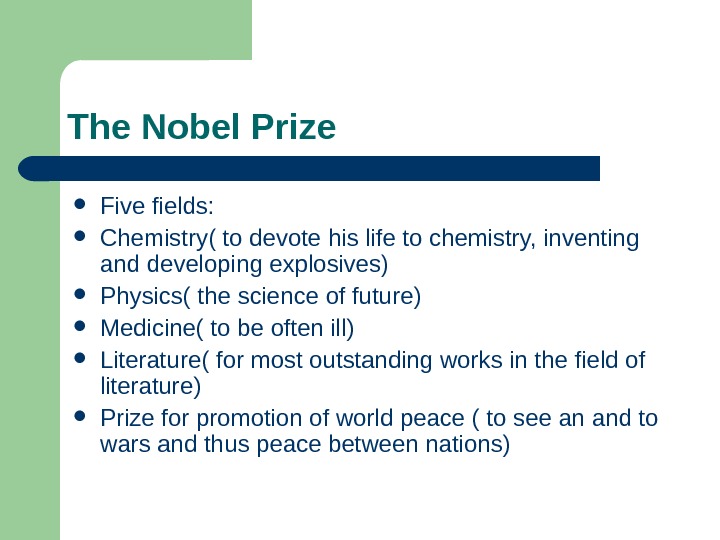 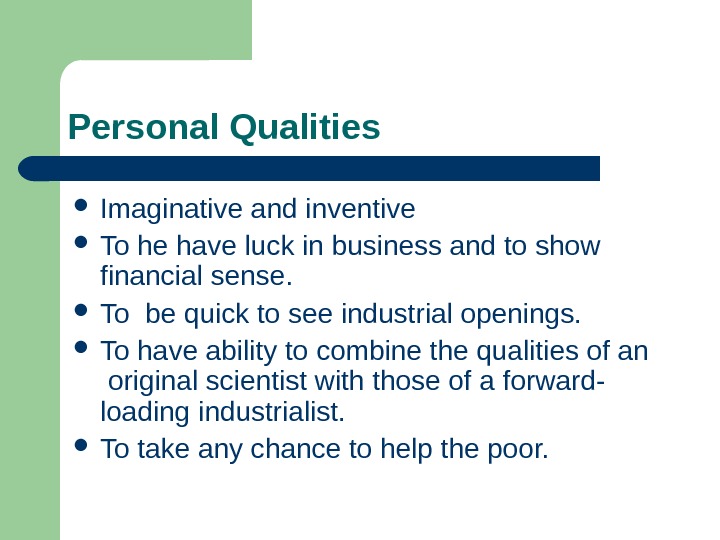 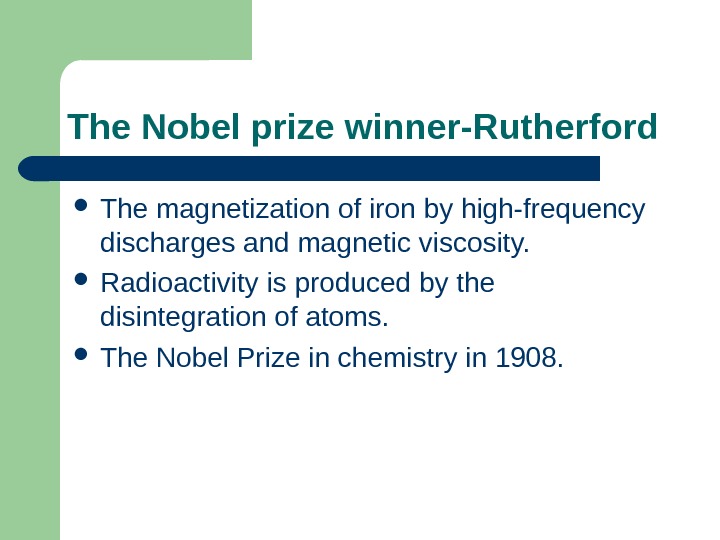 Скачать презентацию Alfred Nobel Performed by Chizhov A. A.

Alfred Nobel Performed by Chizhov A. A.

Introduction • Success doesn’t come to you…you go to it • I never think of the future — it comes soon enough. Alfred Nobel

Alfred Nobel- a man of contrasts’ To invent by name, to improve mining and road building. To be the son of bankrupt. To be industrialist. To make a fortune. Not to study at school of university To be used as a weapon of war. To become a millionaire To be an idealist To live a simple life By the age of 20 to be skilful chemist and excellent linguist to have mastered Swedish, Russian, German, French, and English.

The Nobel Prize Five fields: Chemistry( to devote his life to chemistry, inventing and developing explosives) Physics( the science of future) Medicine( to be often ill) Literature( for most outstanding works in the field of literature) Prize for promotion of world peace ( to see an and to wars and thus peace between nations)

Personal Qualities Imaginative and inventive To he have luck in business and to show financial sense. To be quick to see industrial openings. To have ability to combine the qualities of an original scientist with those of a forward- loading industrialist. To take any chance to help the poor.

The Nobel prize winner-Rutherford The magnetization of iron by high-frequency discharges and magnetic viscosity. Radioactivity is produced by the disintegration of atoms. The Nobel Prize in chemistry in 1908.