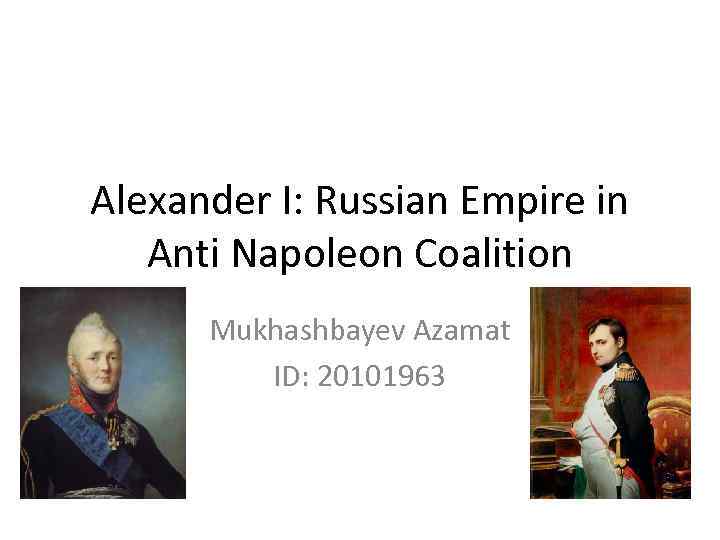 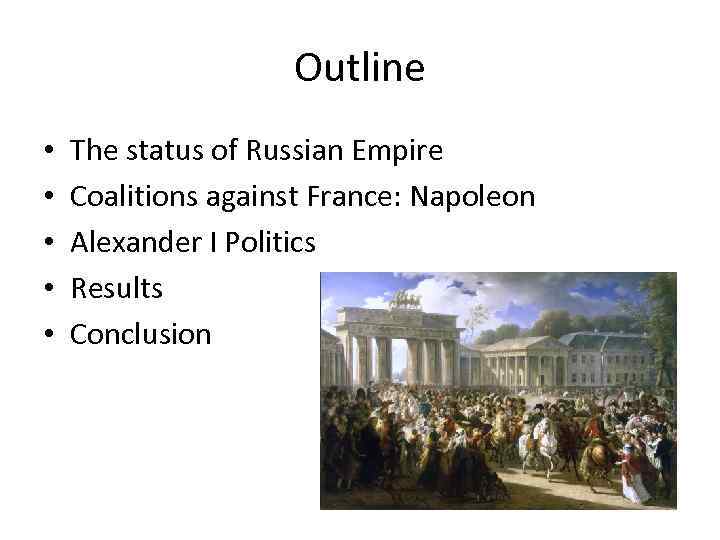 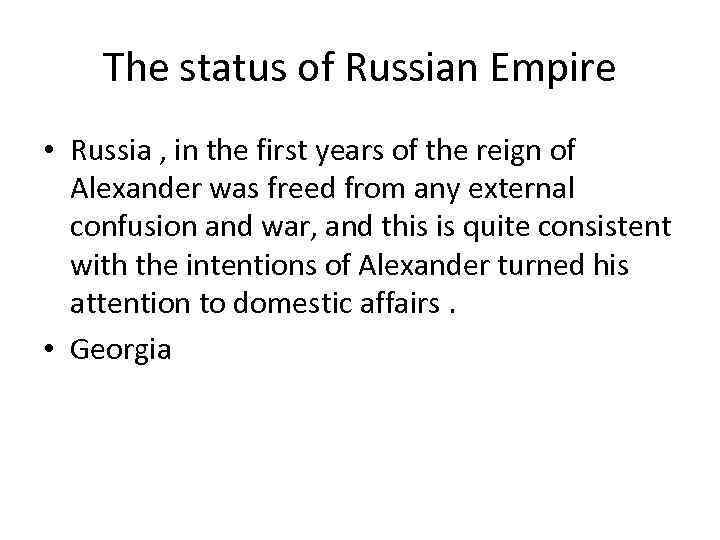 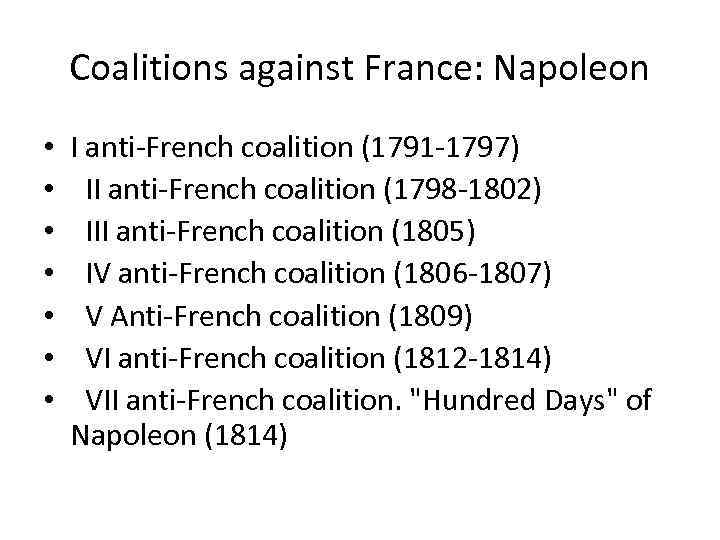 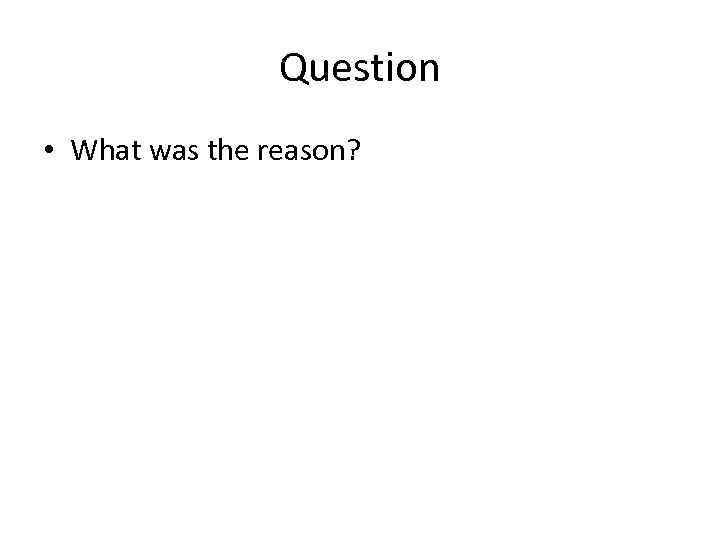 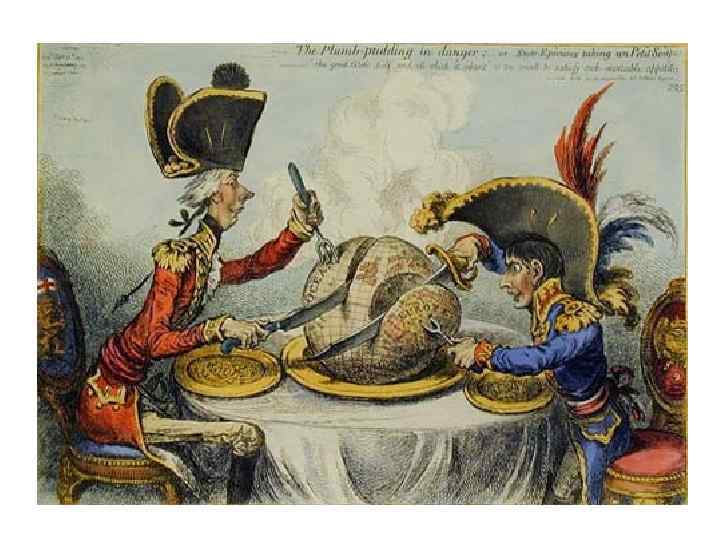 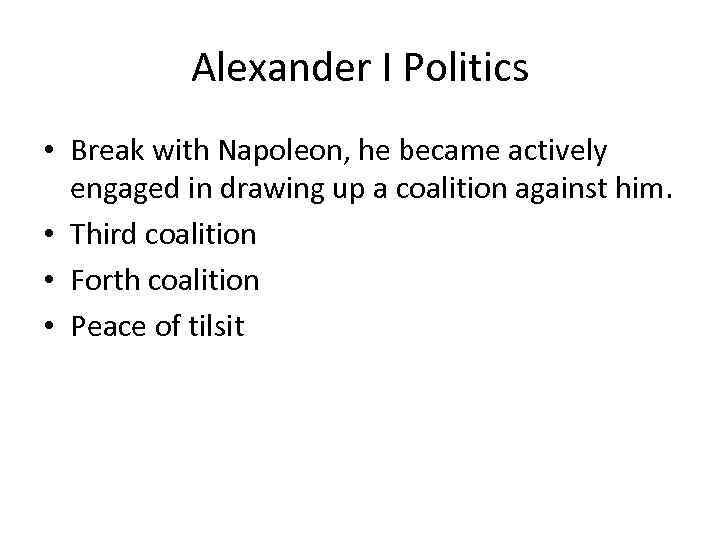 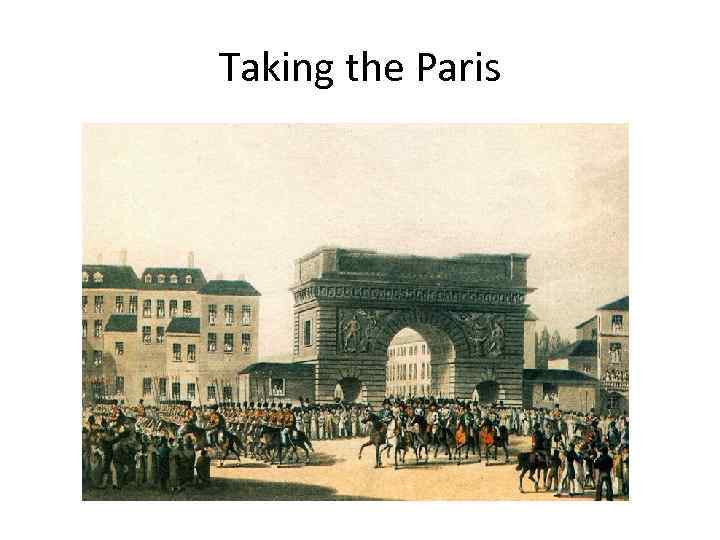 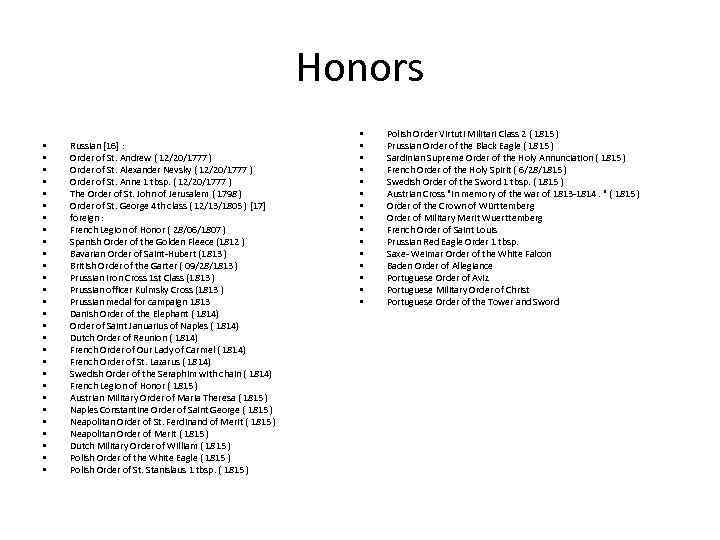 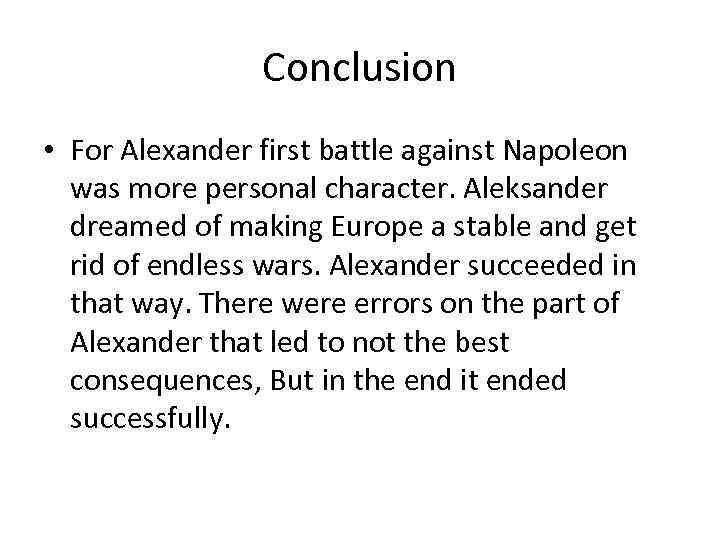 The status of Russian Empire • Russia , in the first years of the reign of Alexander was freed from any external confusion and war, and this is quite consistent with the intentions of Alexander turned his attention to domestic affairs. • Georgia

Question • What was the reason?

Alexander I Politics • Break with Napoleon, he became actively engaged in drawing up a coalition against him. • Third coalition • Forth coalition • Peace of tilsit

Conclusion • For Alexander first battle against Napoleon was more personal character. Aleksander dreamed of making Europe a stable and get rid of endless wars. Alexander succeeded in that way. There were errors on the part of Alexander that led to not the best consequences, But in the end it ended successfully.