Airbus Defence and Space One mission one team 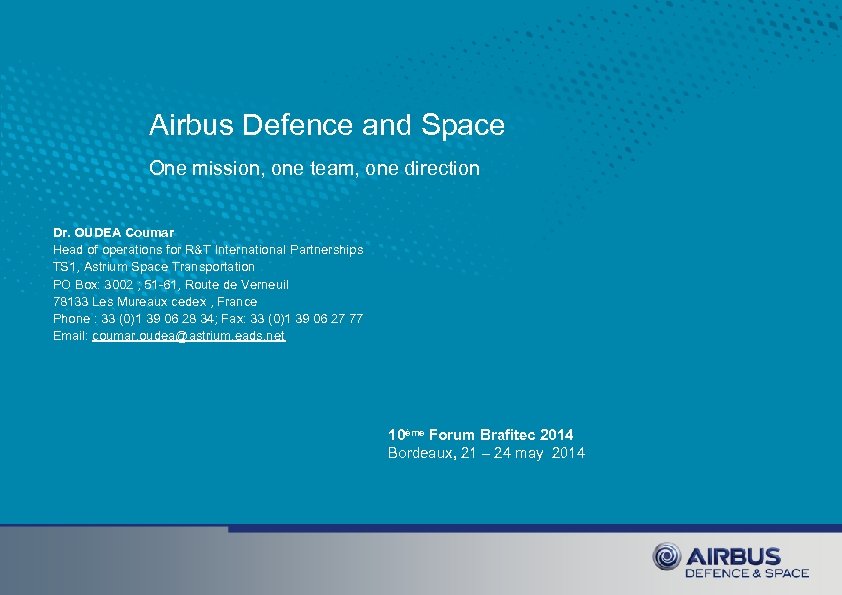 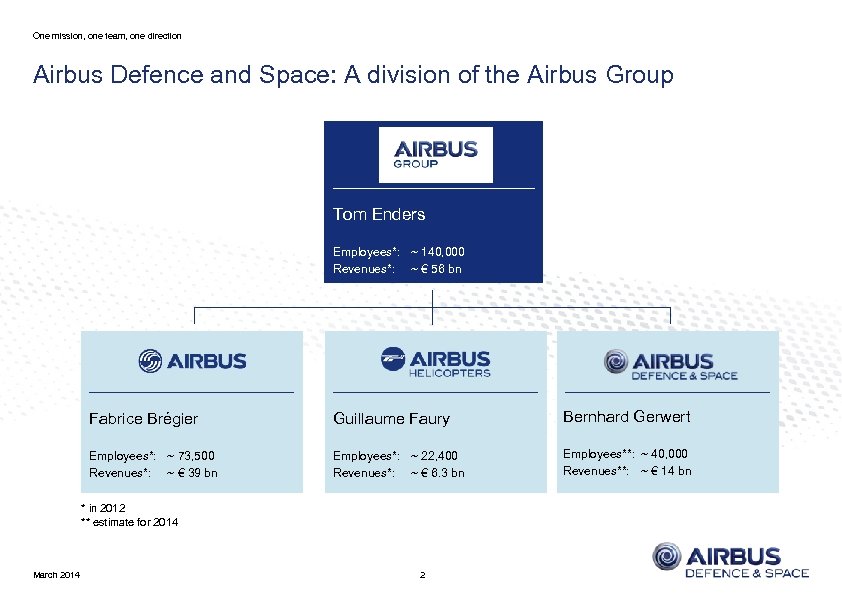 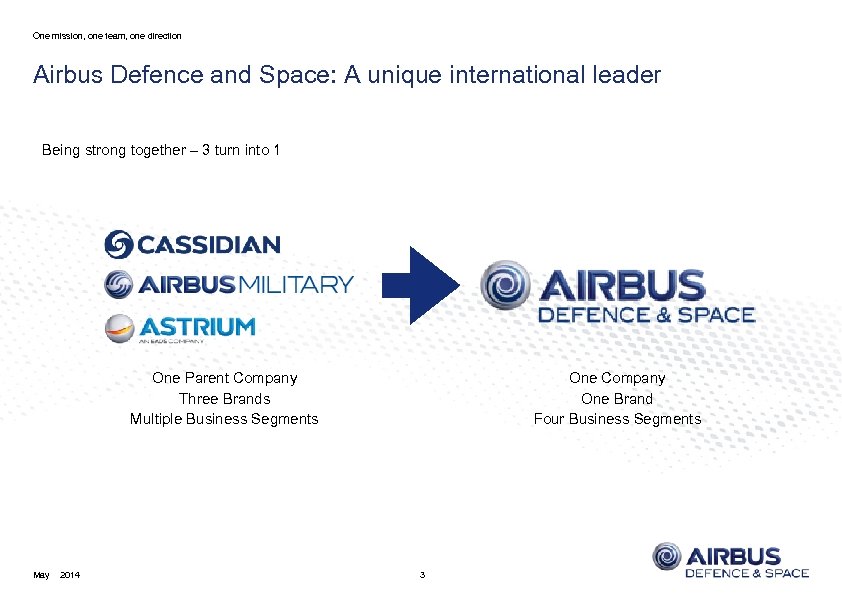 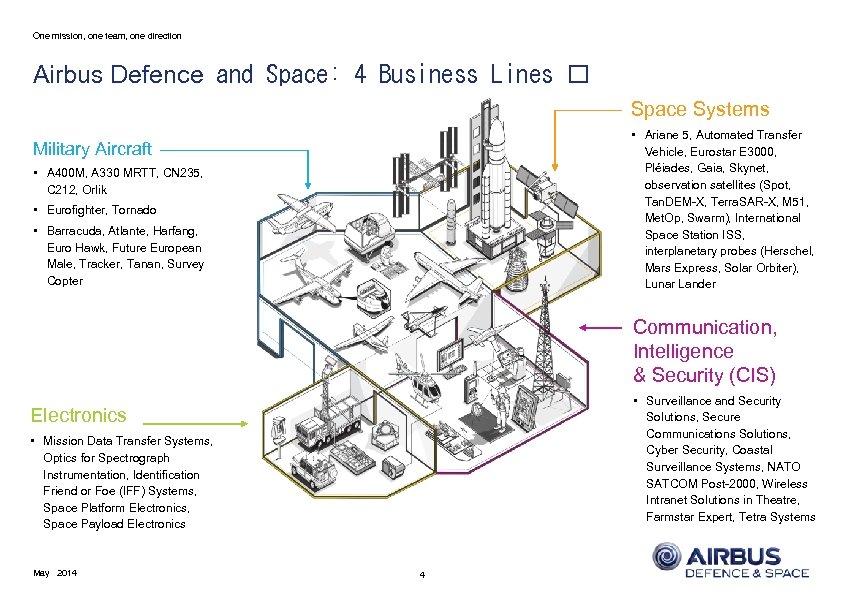 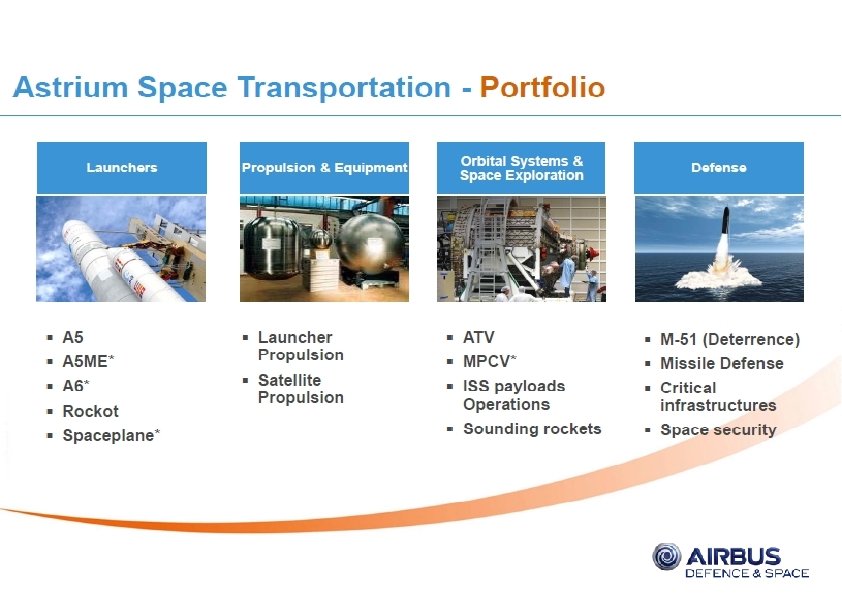 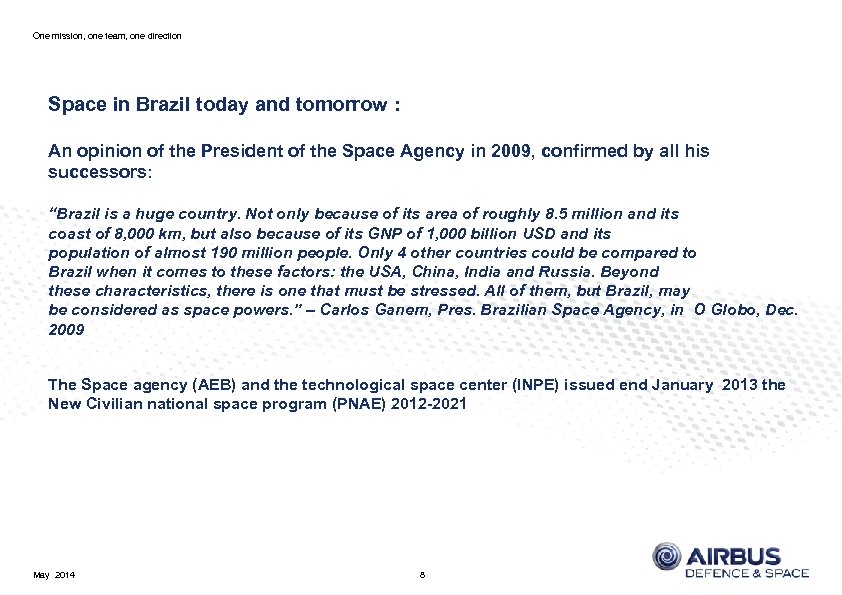 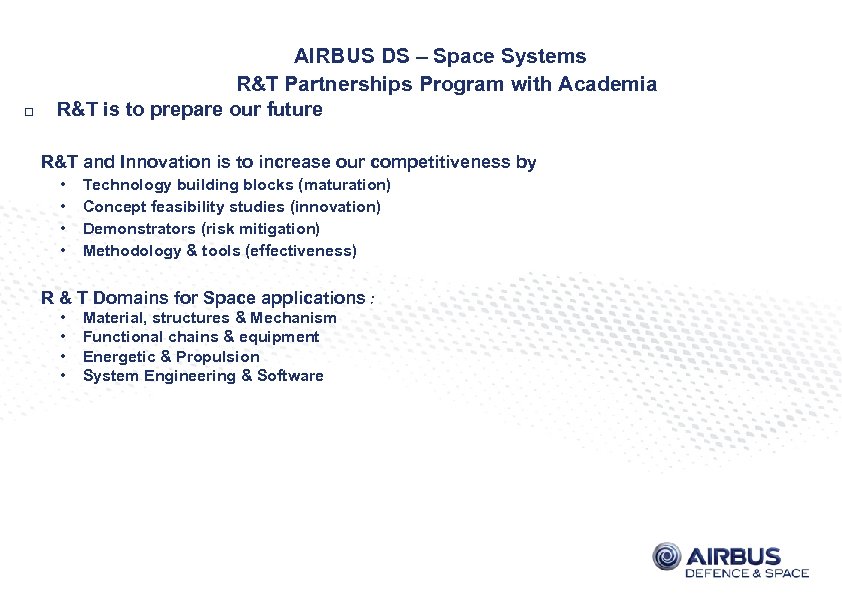 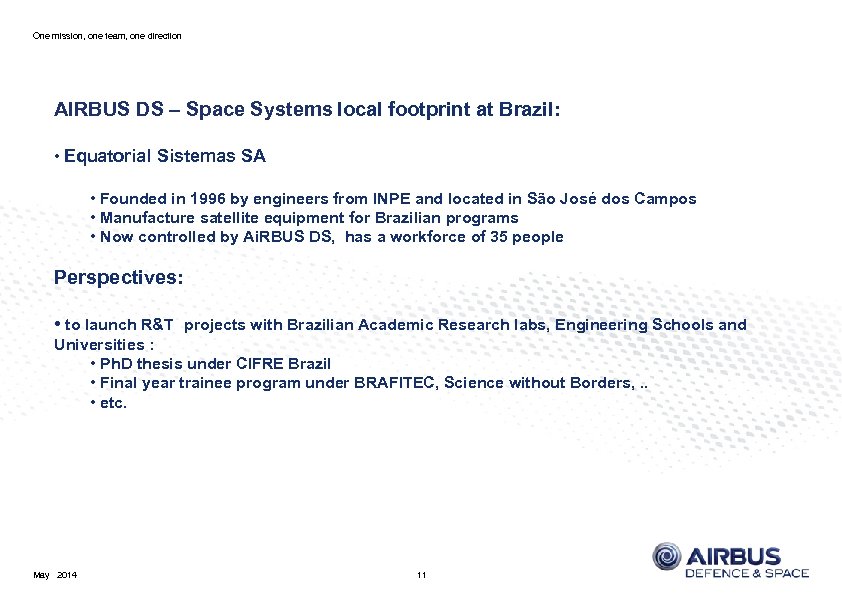 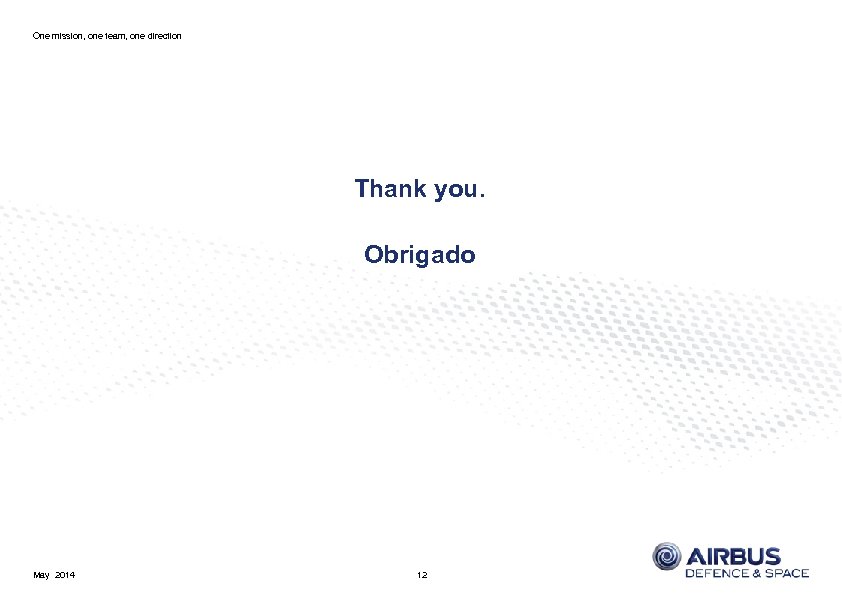 Скачать презентацию Airbus Defence and Space One mission one team

One mission, one team, one direction Airbus Defence and Space: A unique international leader Being strong together – 3 turn into 1 One Parent Company Three Brands Multiple Business Segments May 2014 One Company One Brand Four Business Segments 3

One mission, one team, one direction Space in Brazil today and tomorrow : An opinion of the President of the Space Agency in 2009, confirmed by all his successors: “Brazil is a huge country. Not only because of its area of roughly 8. 5 million and its coast of 8, 000 km, but also because of its GNP of 1, 000 billion USD and its population of almost 190 million people. Only 4 other countries could be compared to Brazil when it comes to these factors: the USA, China, India and Russia. Beyond these characteristics, there is one that must be stressed. All of them, but Brazil, may be considered as space powers. ” – Carlos Ganem, Pres. Brazilian Space Agency, in O Globo, Dec. 2009 The Space agency (AEB) and the technological space center (INPE) issued end January 2013 the New Civilian national space program (PNAE) 2012 -2021 May 2014 8

One mission, one team, one direction Thank you. Obrigado May 2014 12