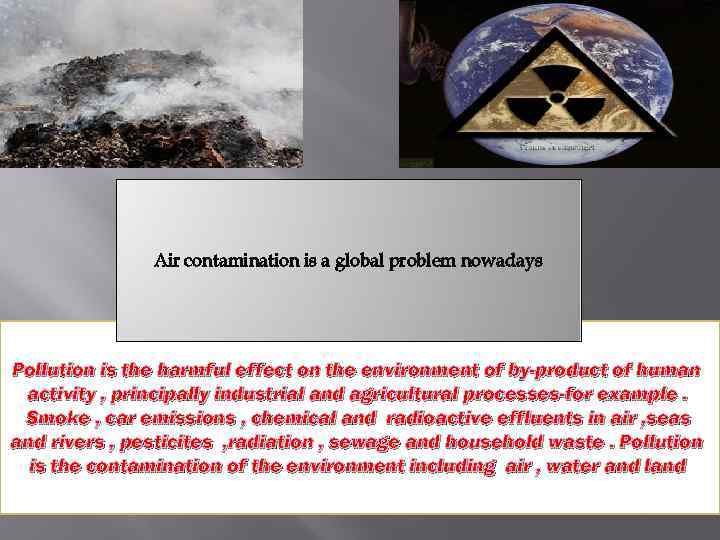 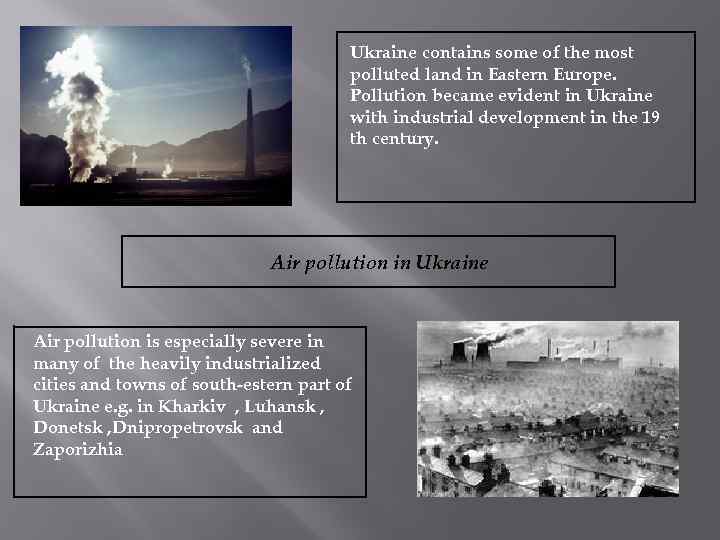 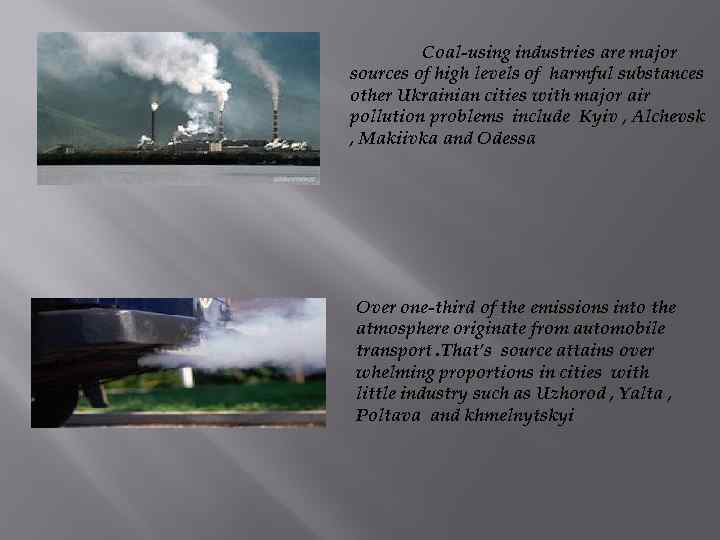 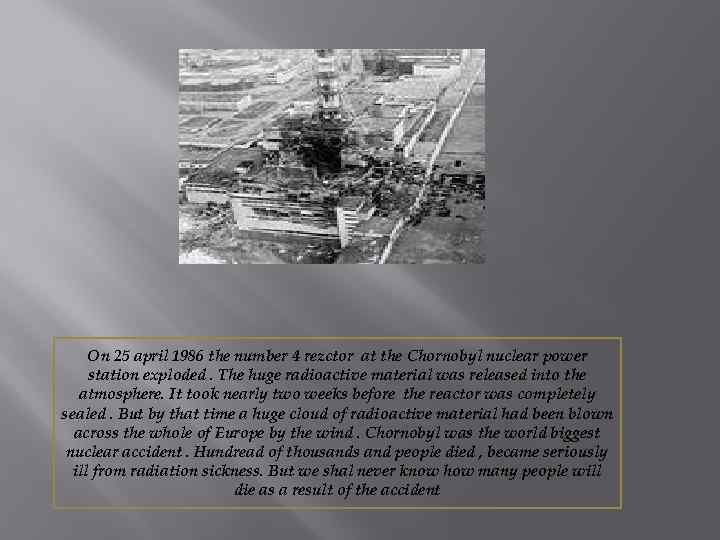 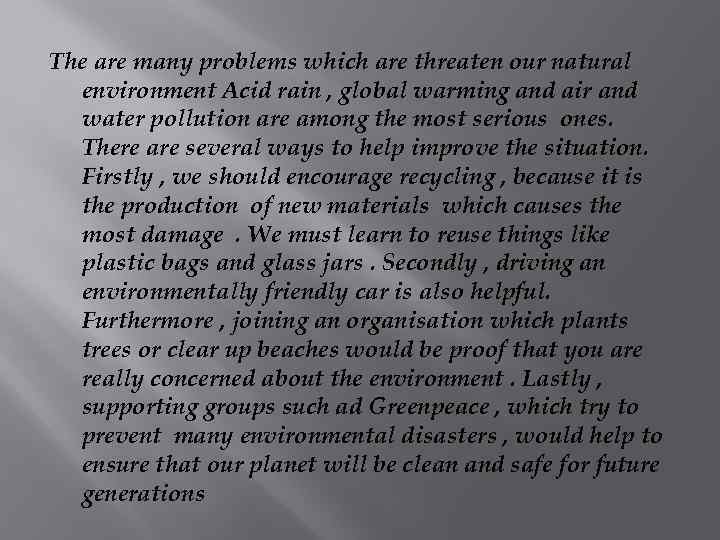 Air contamination is a global problem nowadays Pollution is the harmful effect on the environment of by-product of human activity , principally industrial and agricultural processes-for example. Smoke , car emissions , chemical and radioactive effluents in air , seas and rivers , pesticites , radiation , sewage and household waste. Pollution is the contamination of the environment including air , water and land

Ukraine contains some of the most polluted land in Eastern Europe. Pollution became evident in Ukraine with industrial development in the 19 th century. Air pollution in Ukraine Air pollution is especially severe in many of the heavily industrialized cities and towns of south-estern part of Ukraine e. g. in Kharkiv , Luhansk , Donetsk , Dnipropetrovsk and Zaporizhia

Coal-using industries are major sources of high levels of harmful substances other Ukrainian cities with major air pollution problems include Kyiv , Alchevsk , Makiivka and Odessa Over one-third of the emissions into the atmosphere originate from automobile transport. That’s source attains over whelming proportions in cities with little industry such as Uzhorod , Yalta , Poltava and khmelnytskyi

On 25 april 1986 the number 4 rezctor at the Chornobyl nuclear power station exploded. The huge radioactive material was released into the atmosphere. It took nearly two weeks before the reactor was completely sealed. But by that time a huge cloud of radioactive material had been blown across the whole of Europe by the wind. Chornobyl was the world biggest nuclear accident. Hundread of thousands and people died , became seriously ill from radiation sickness. But we shal never know how many people will die as a result of the accident

The are many problems which are threaten our natural environment Acid rain , global warming and air and water pollution are among the most serious ones. There are several ways to help improve the situation. Firstly , we should encourage recycling , because it is the production of new materials which causes the most damage. We must learn to reuse things like plastic bags and glass jars. Secondly , driving an environmentally friendly car is also helpful. Furthermore , joining an organisation which plants trees or clear up beaches would be proof that you are really concerned about the environment. Lastly , supporting groups such ad Greenpeace , which try to prevent many environmental disasters , would help to ensure that our planet will be clean and safe for future generations