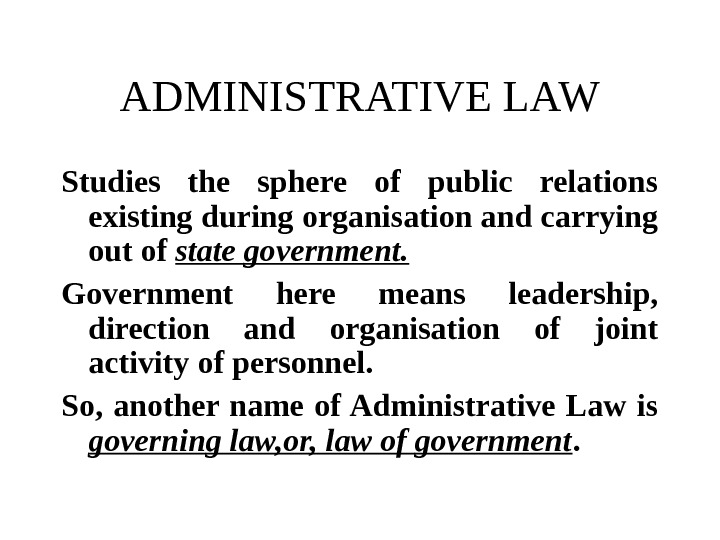 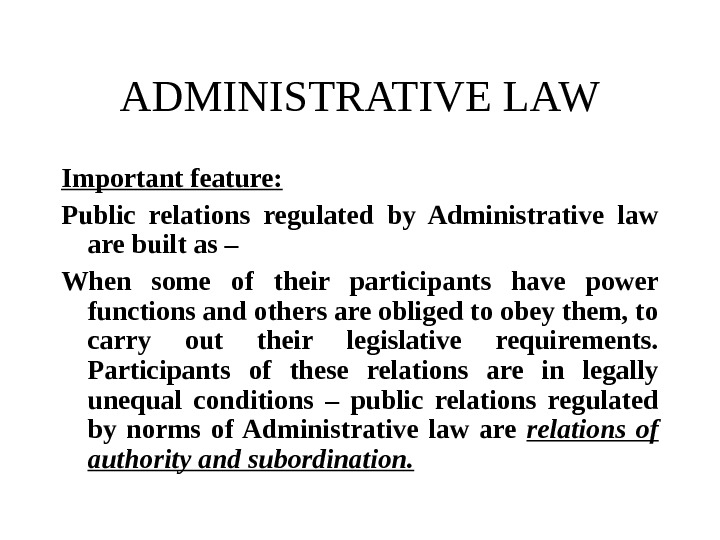 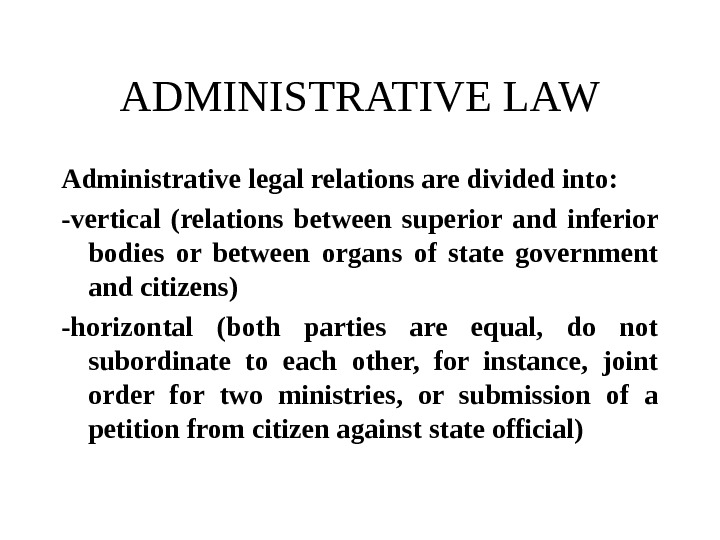 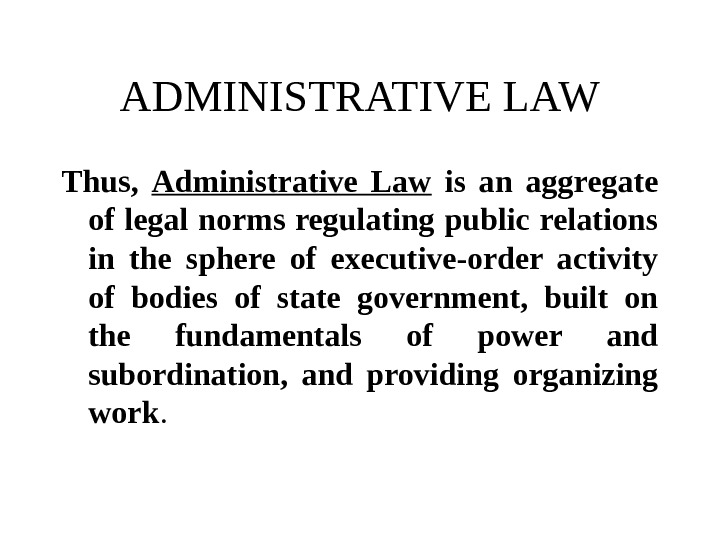 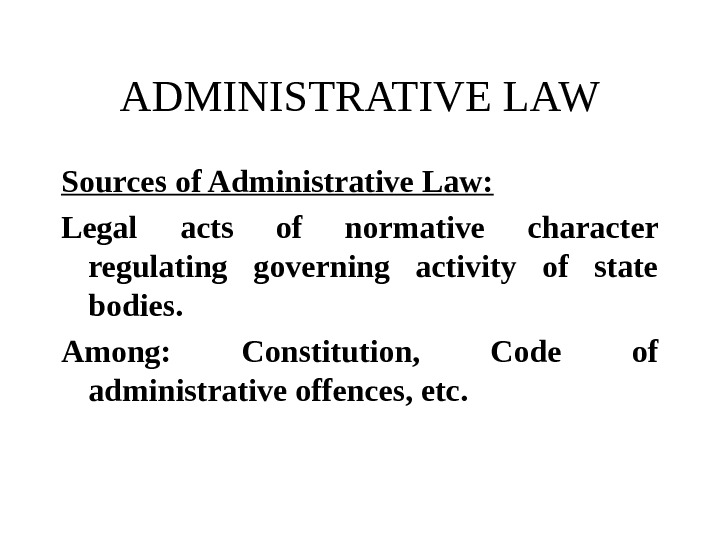 ADMINISTRATIVE LAW Studies the sphere of public relations existing during organisation and carrying out of state government. Government here means leadership, direction and organisation of joint activity of personnel. So, another name of Administrative Law is governing law, or, law of government.

ADMINISTRATIVE LAW Administrative legal relations are divided into: -vertical (relations between superior and inferior bodies or between organs of state government and citizens) -horizontal (both parties are equal, do not subordinate to each other, for instance, joint order for two ministries, or submission of a petition from citizen against state official)

ADMINISTRATIVE LAW Thus, Administrative Law is an aggregate of legal norms regulating public relations in the sphere of executive-order activity of bodies of state government, built on the fundamentals of power and subordination, and providing organizing work.