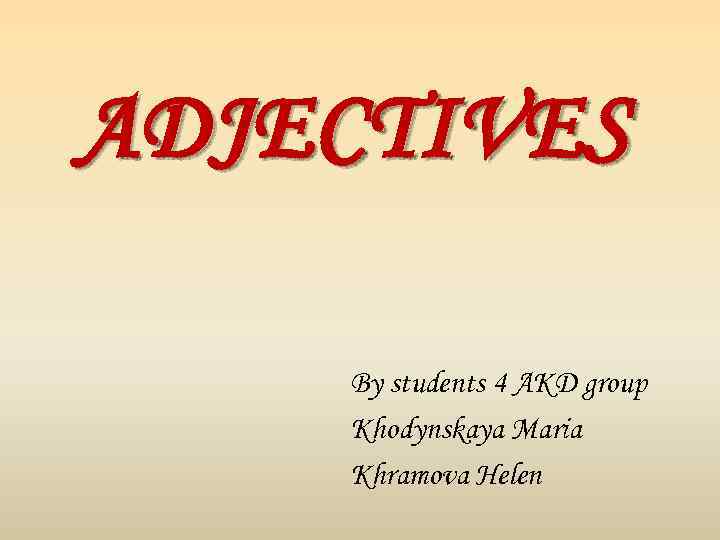 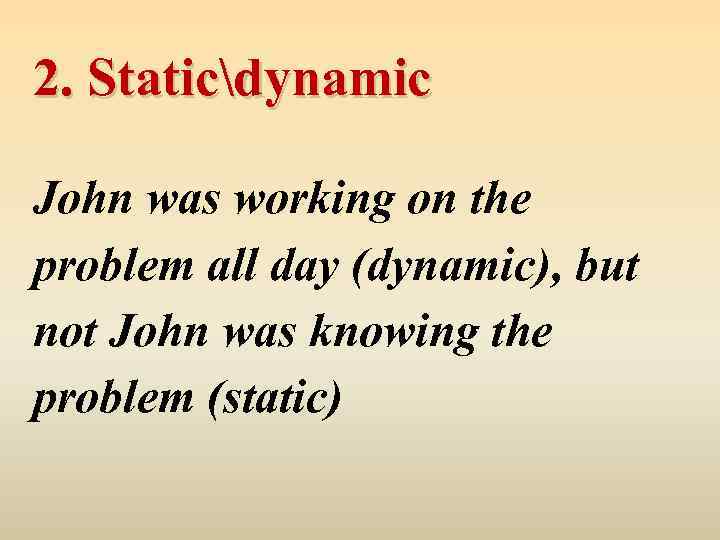 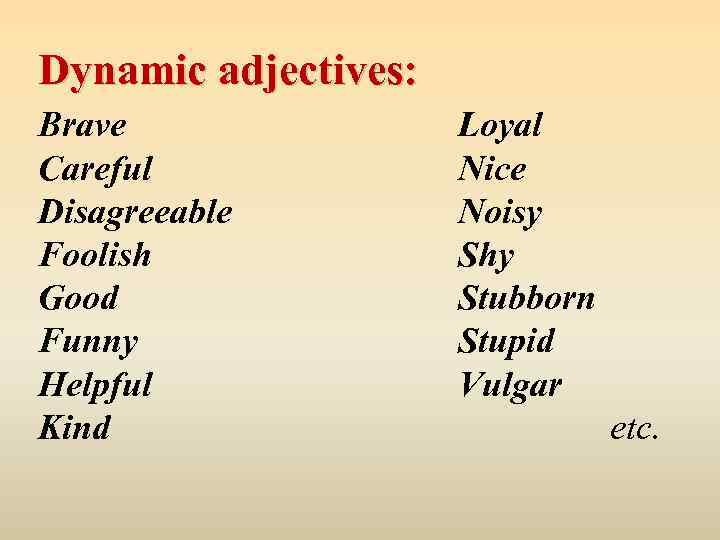 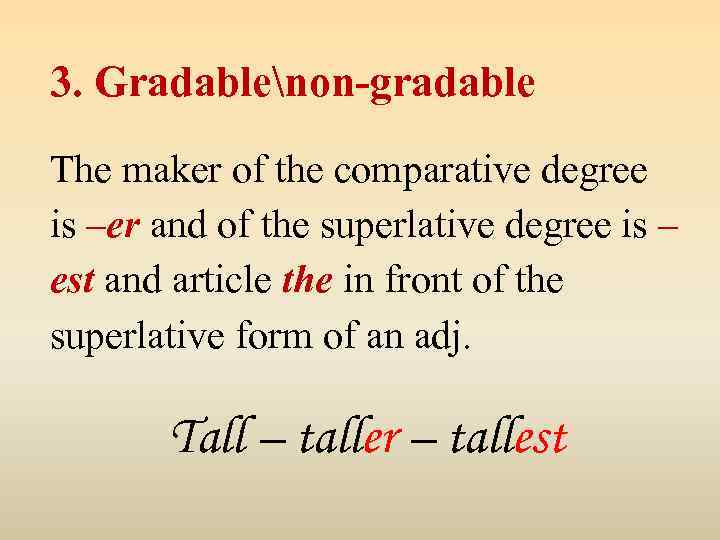 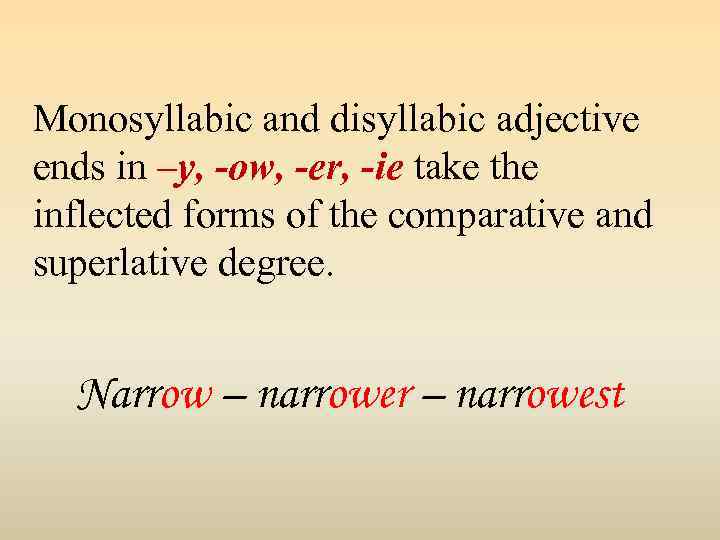 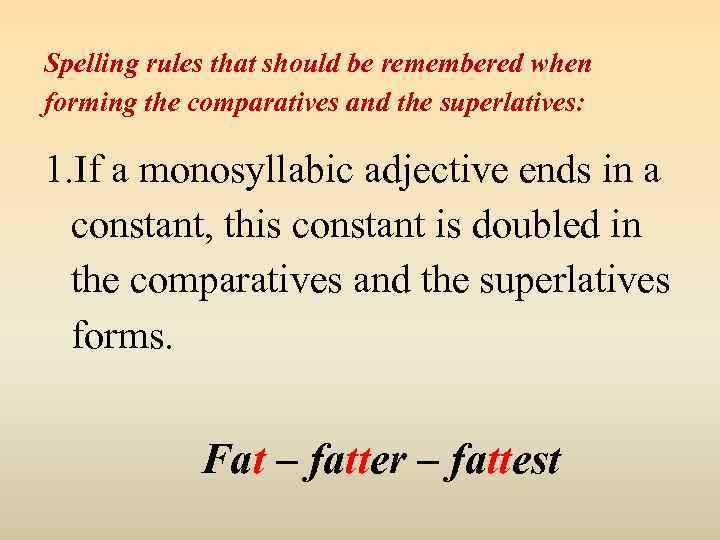 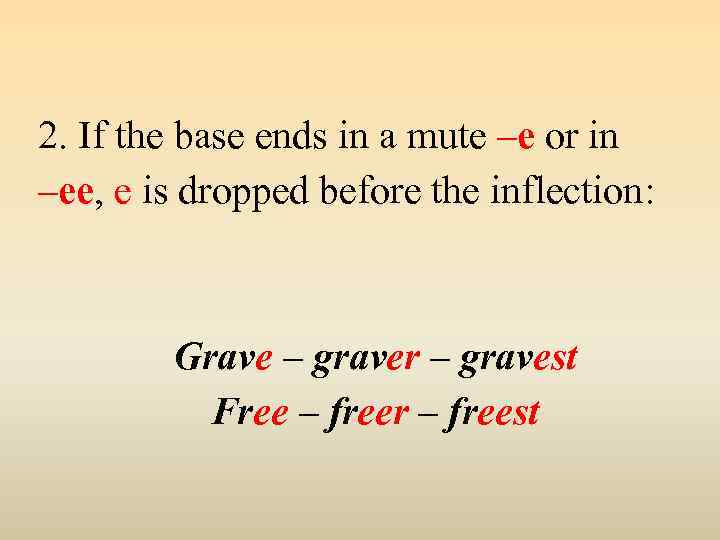 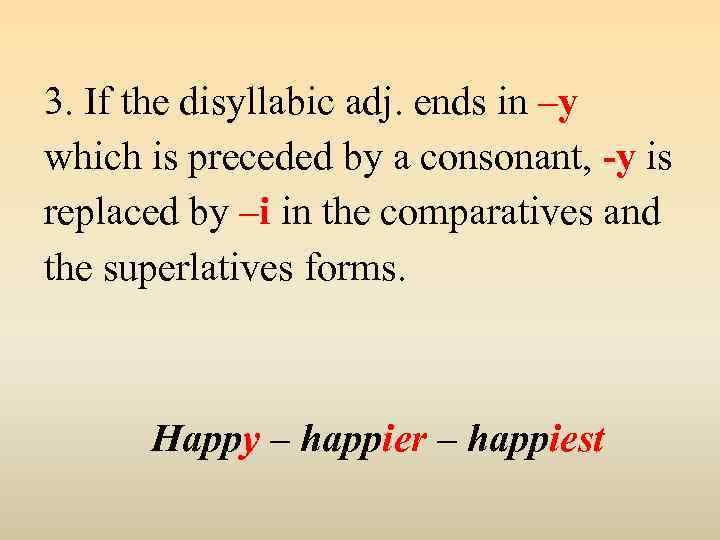 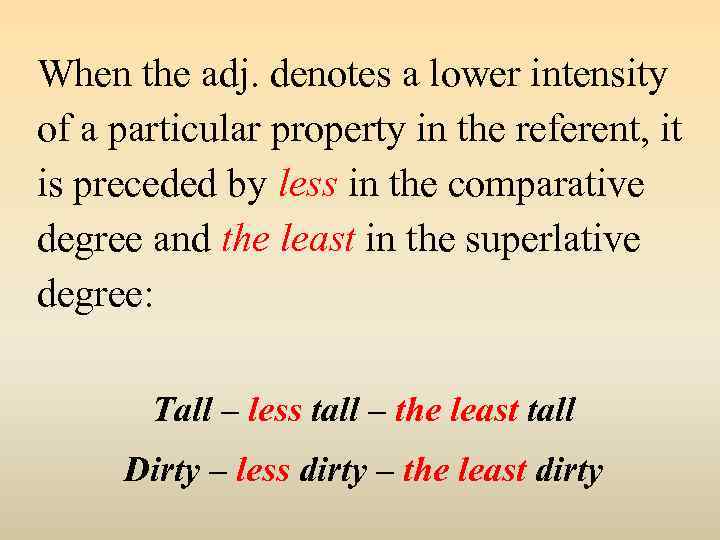 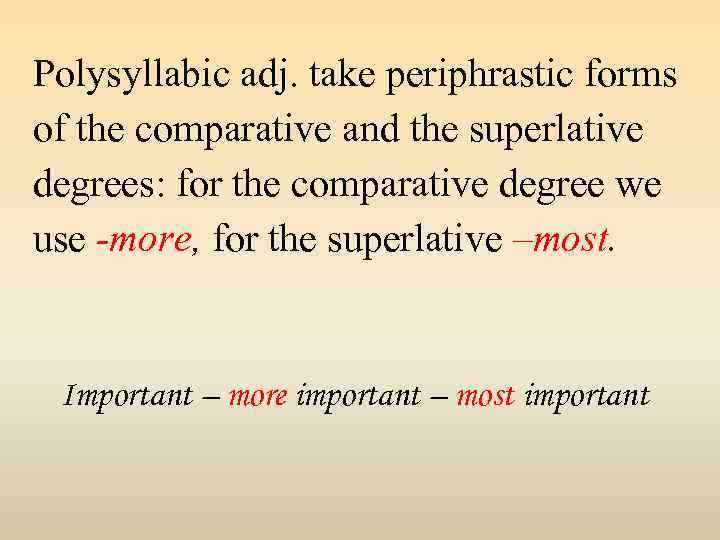 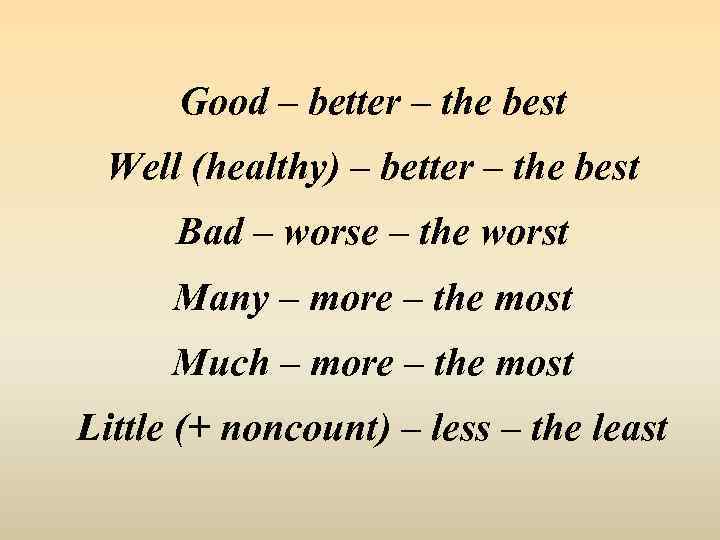 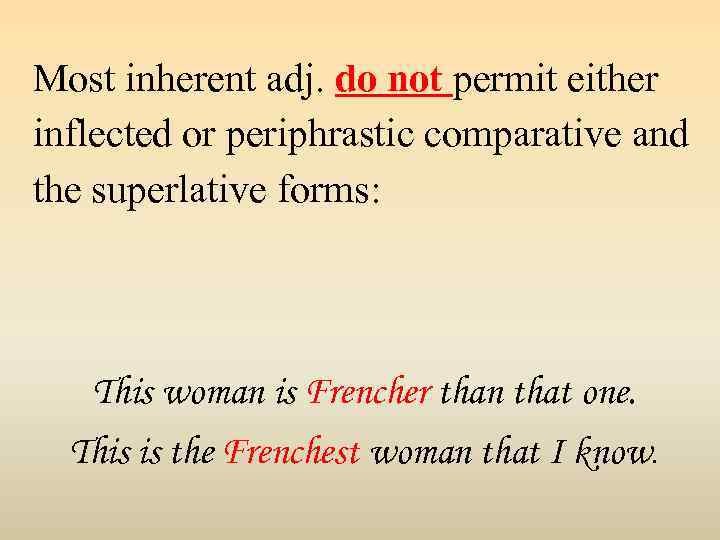 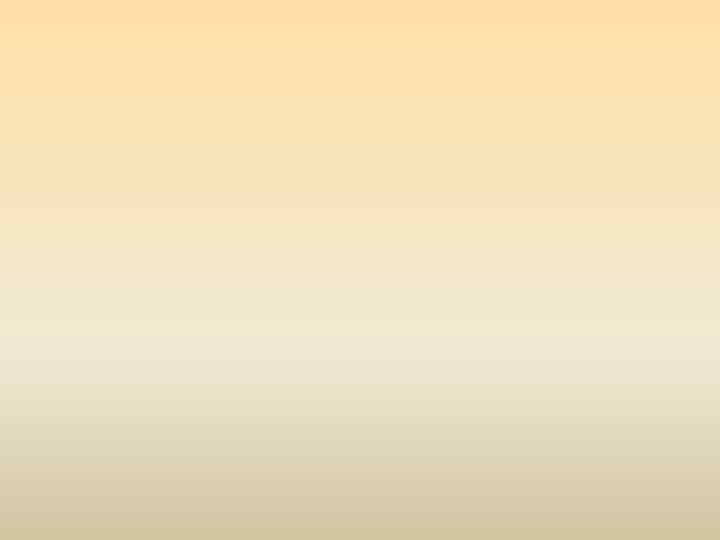 2. Staticdynamic John was working on the problem all day (dynamic), but not John was knowing the problem (static)

2. If the base ends in a mute –e or in –ee, e is dropped before the inflection: Grave – graver – gravest Free – freer – freest

3. If the disyllabic adj. ends in –y which is preceded by a consonant, -y is replaced by –i in the comparatives and the superlatives forms. Happy – happier – happiest

NOTE: if –y is preceded by a vowel, it remains unchanged: grey – greyer – greyest

When the adj. denotes a lower intensity of a particular property in the referent, it is preceded by less in the comparative degree and the least in the superlative degree: Tall – less tall – the least tall Dirty – less dirty – the least dirty

Most inherent adj. do not permit either inflected or periphrastic comparative and the superlative forms: This woman is Frencher than that one. This is the Frenchest woman that I know.