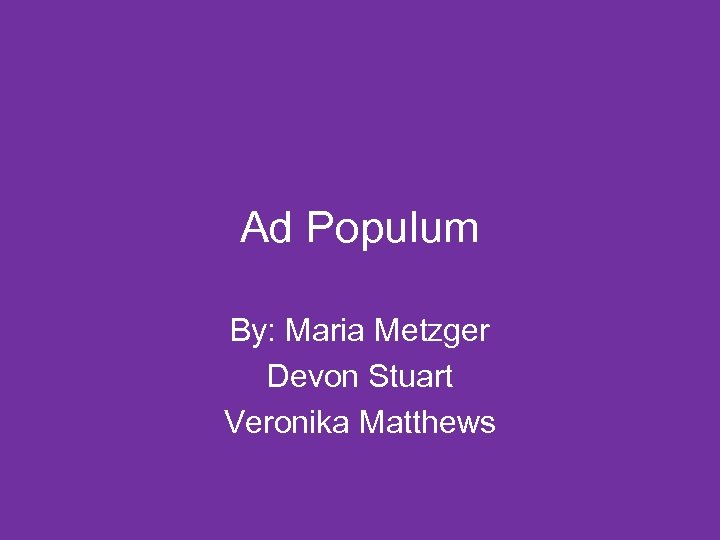 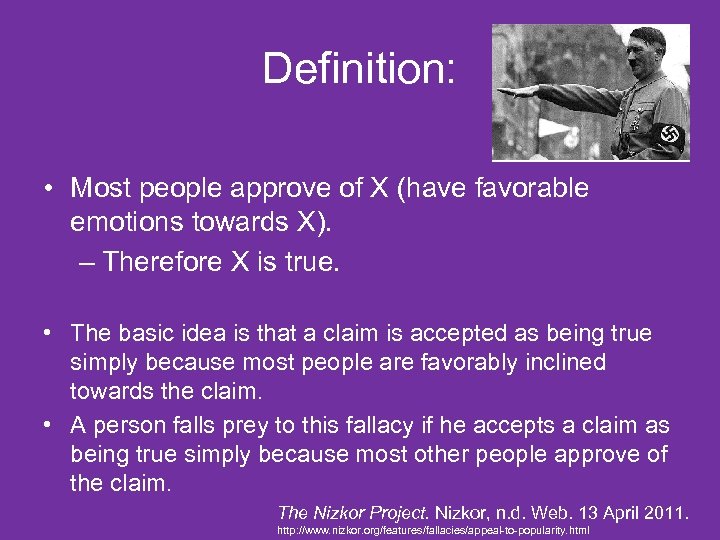 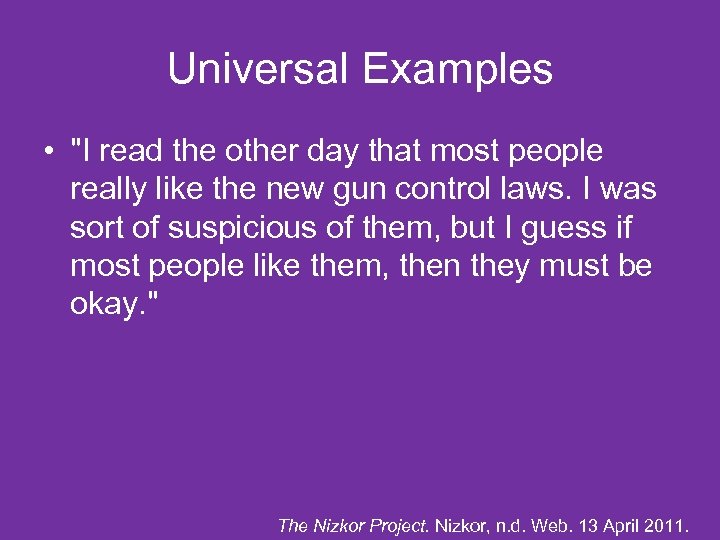 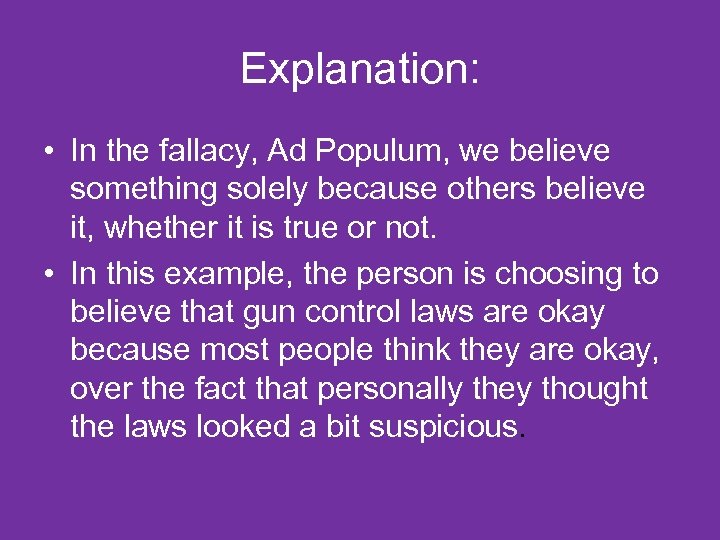 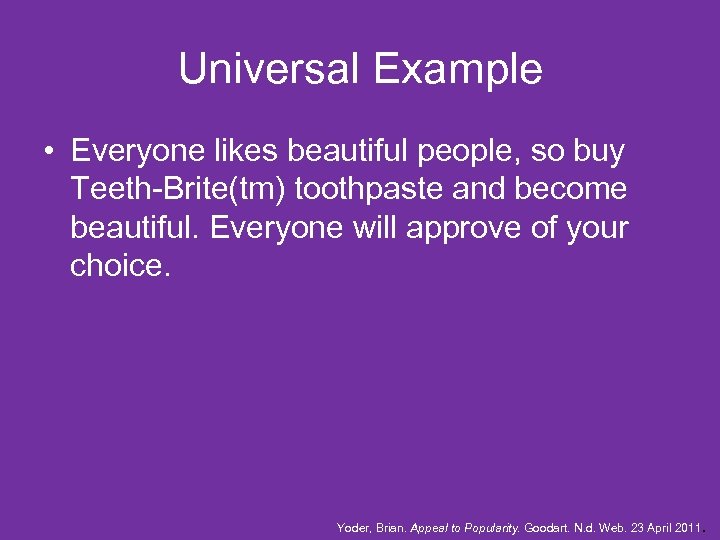 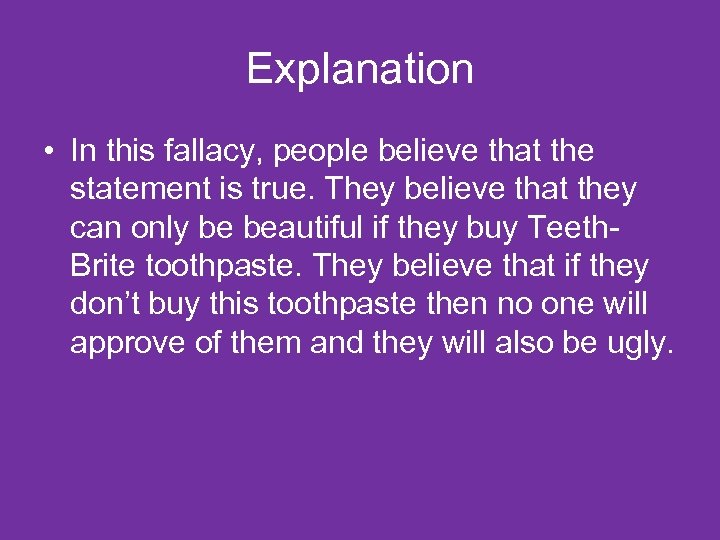 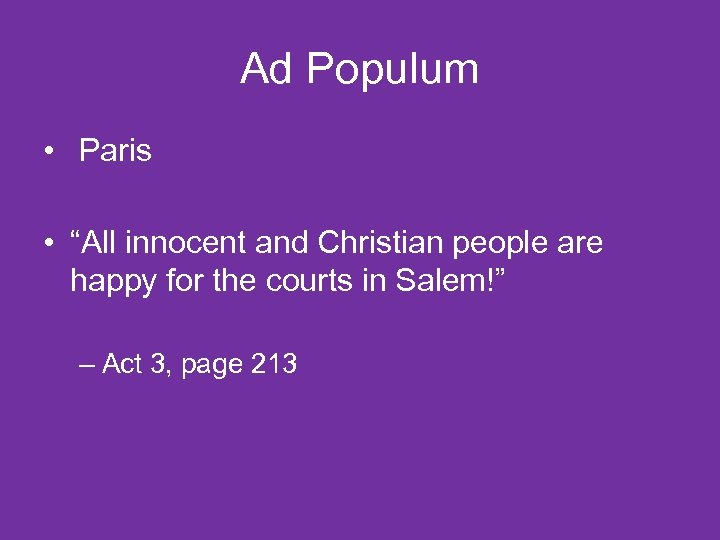 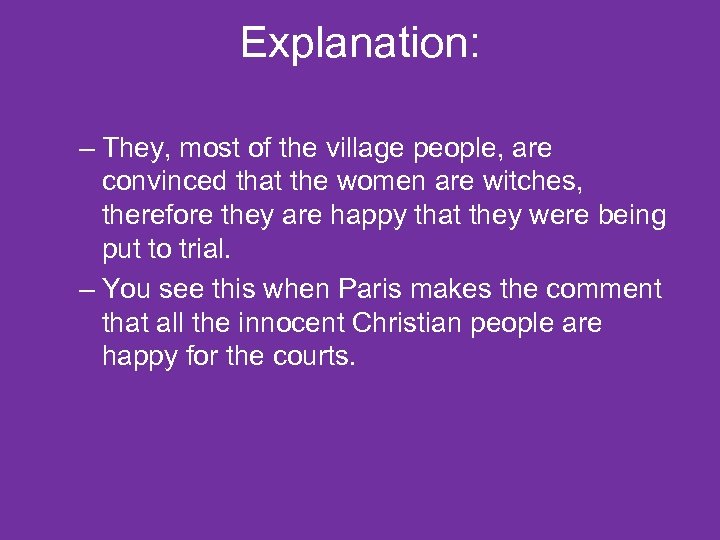 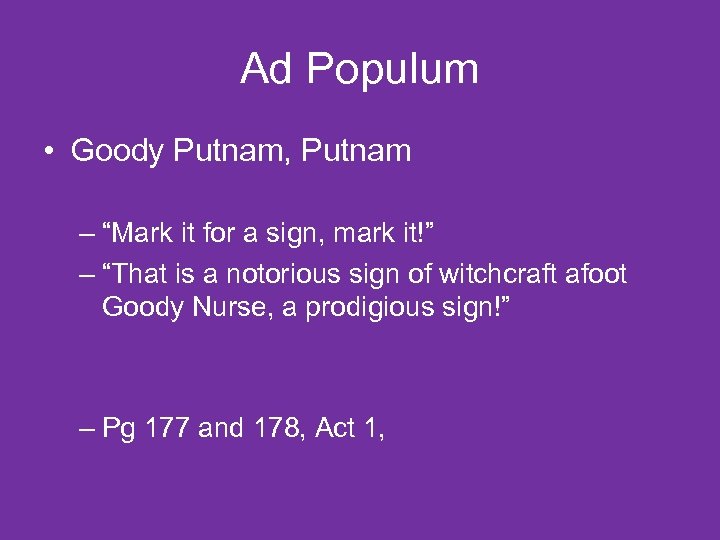 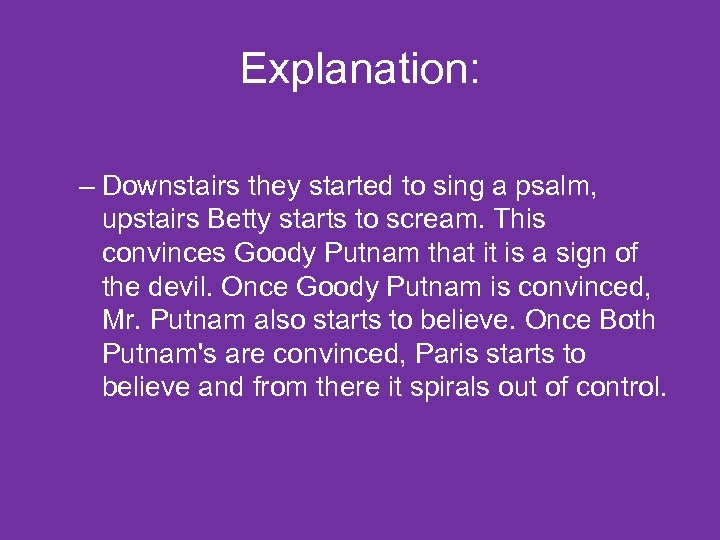 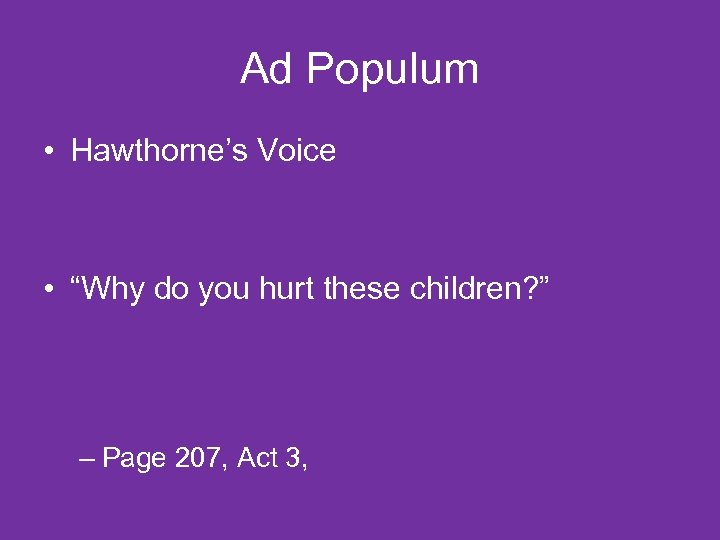 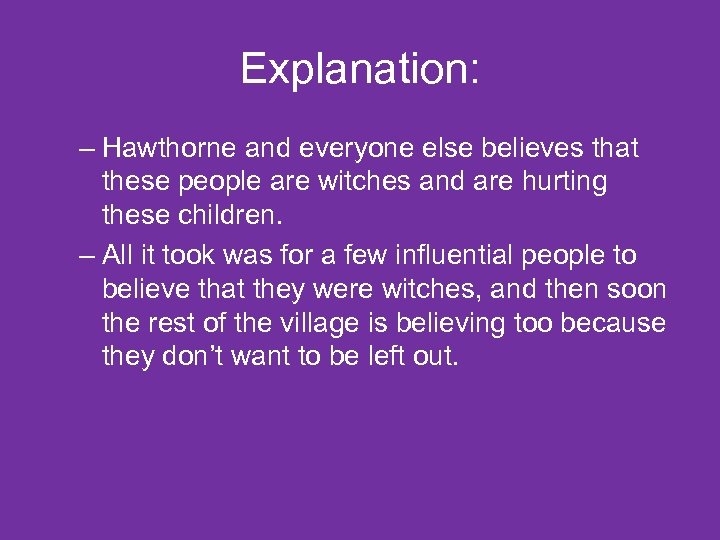 Definition: • Most people approve of X (have favorable emotions towards X). – Therefore X is true. • The basic idea is that a claim is accepted as being true simply because most people are favorably inclined towards the claim. • A person falls prey to this fallacy if he accepts a claim as being true simply because most other people approve of the claim. The Nizkor Project. Nizkor, n. d. Web. 13 April 2011. http: //www. nizkor. org/features/fallacies/appeal-to-popularity. html

Universal Examples • "I read the other day that most people really like the new gun control laws. I was sort of suspicious of them, but I guess if most people like them, then they must be okay. " The Nizkor Project. Nizkor, n. d. Web. 13 April 2011.

Explanation: • In the fallacy, Ad Populum, we believe something solely because others believe it, whether it is true or not. • In this example, the person is choosing to believe that gun control laws are okay because most people think they are okay, over the fact that personally they thought the laws looked a bit suspicious.

Ad Populum • Paris • “All innocent and Christian people are happy for the courts in Salem!” – Act 3, page 213

Explanation: – They, most of the village people, are convinced that the women are witches, therefore they are happy that they were being put to trial. – You see this when Paris makes the comment that all the innocent Christian people are happy for the courts.

Explanation: – Hawthorne and everyone else believes that these people are witches and are hurting these children. – All it took was for a few influential people to believe that they were witches, and then soon the rest of the village is believing too because they don’t want to be left out.