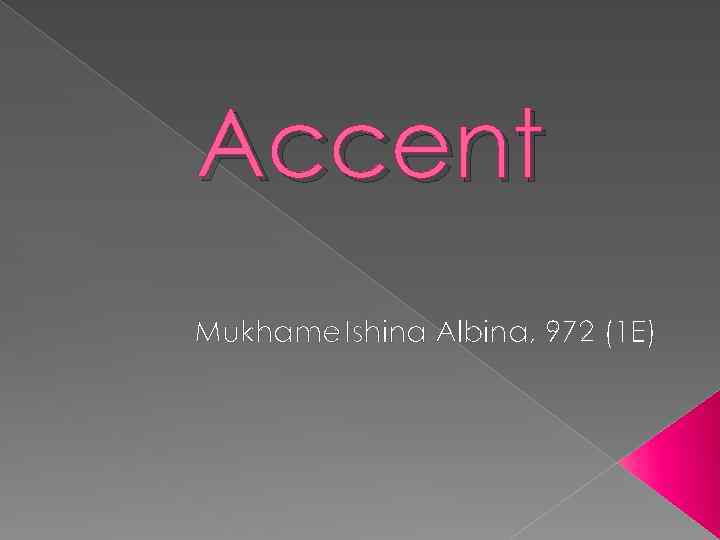 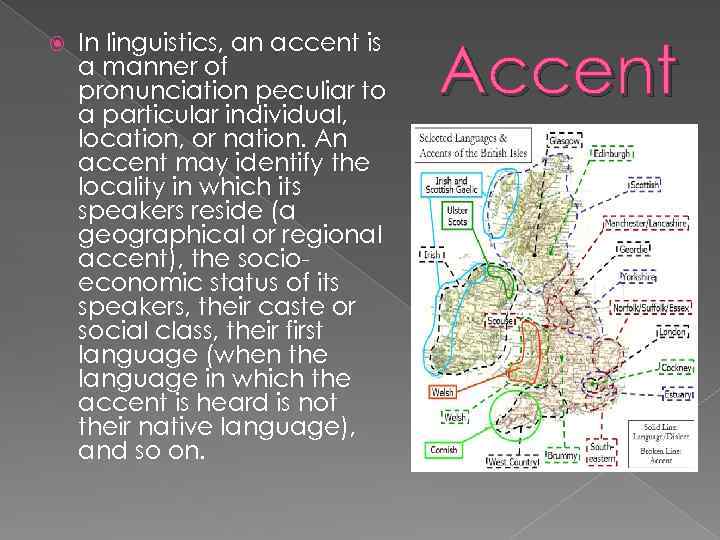 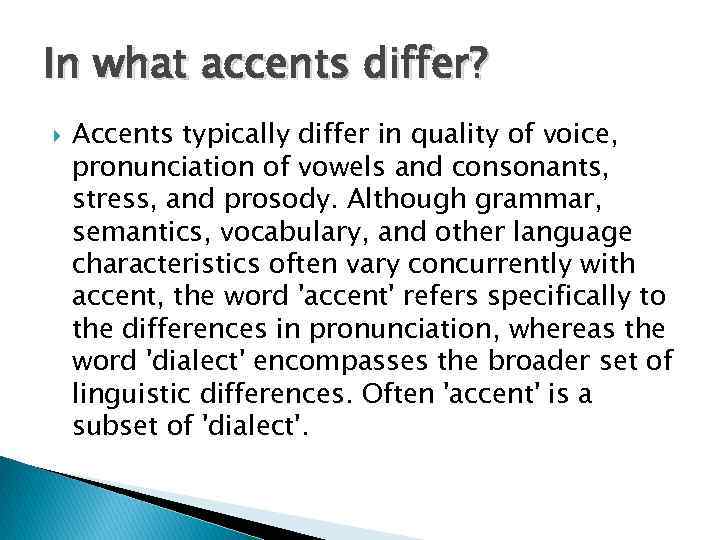 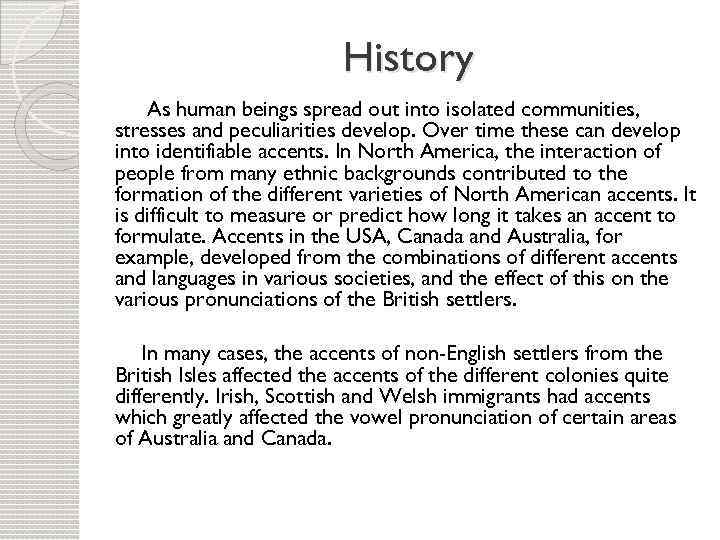 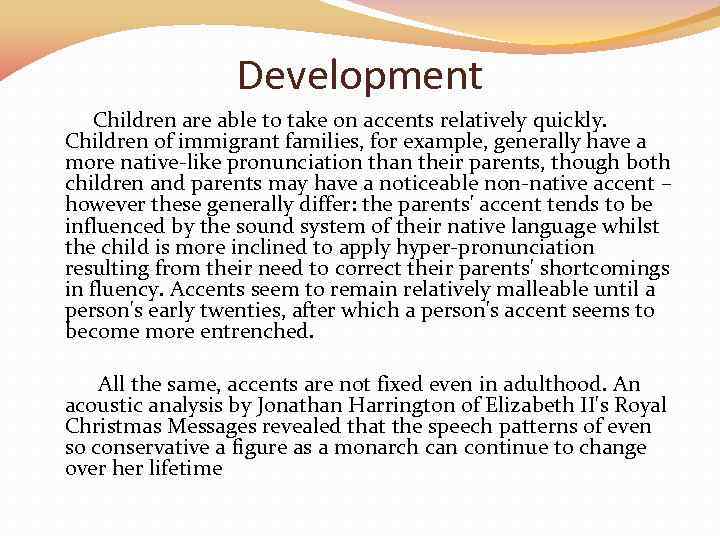 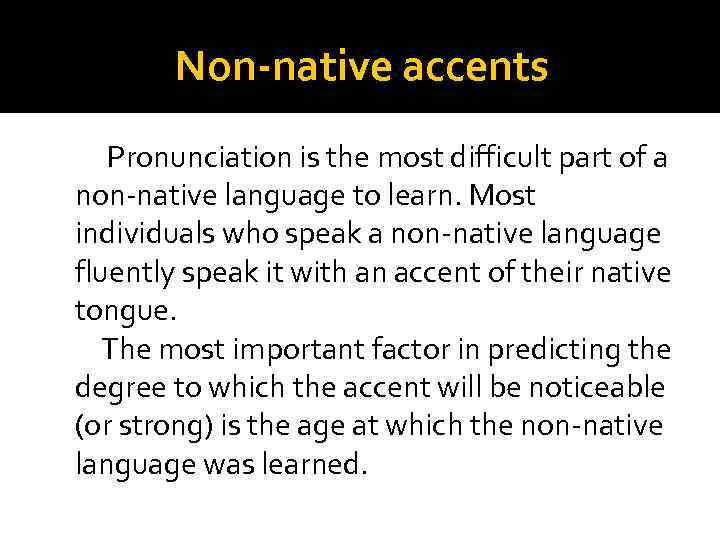 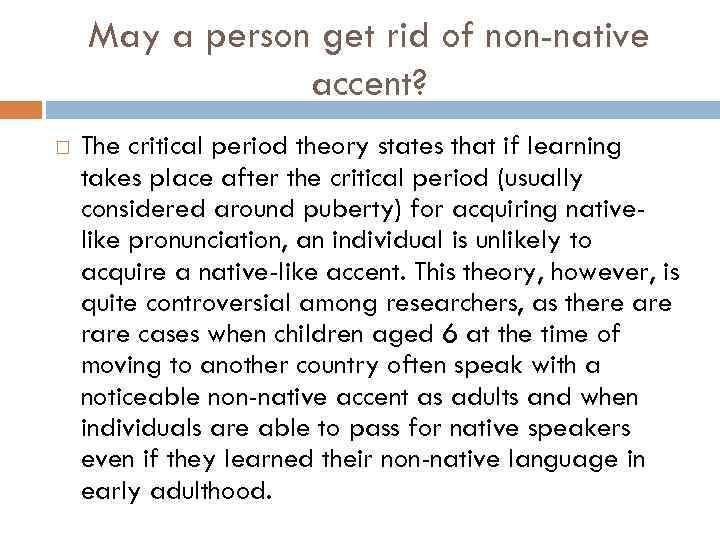 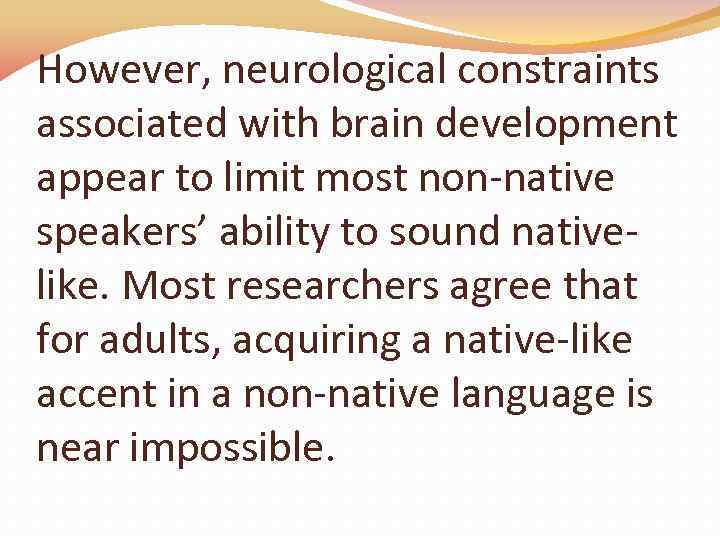 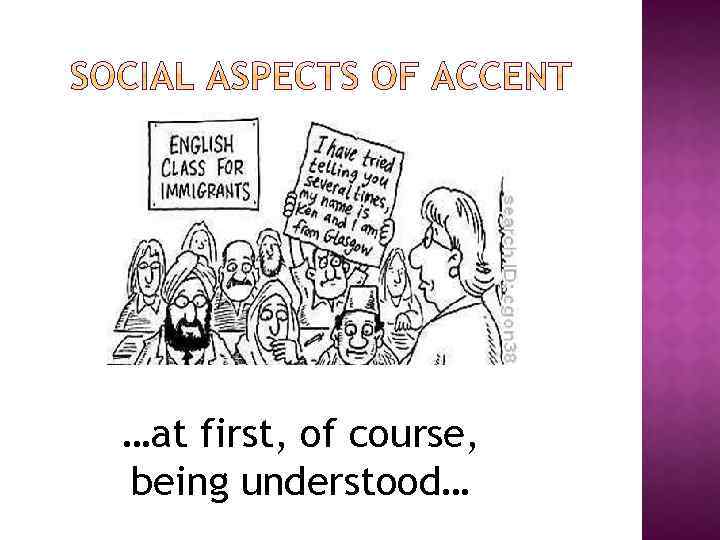 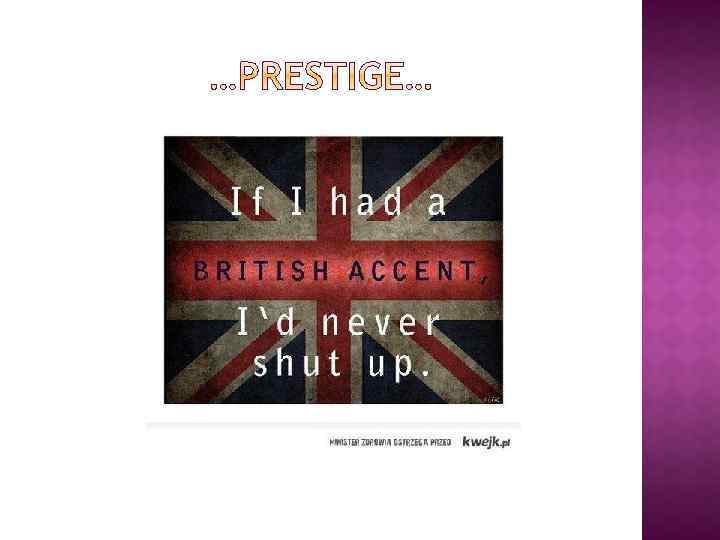 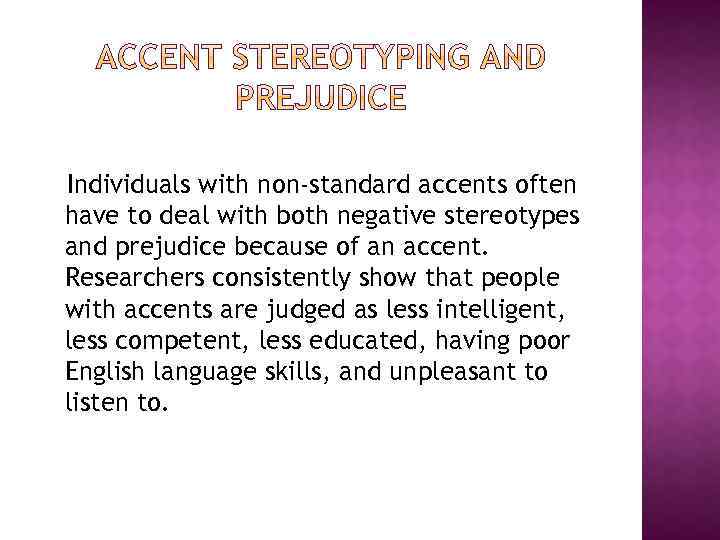 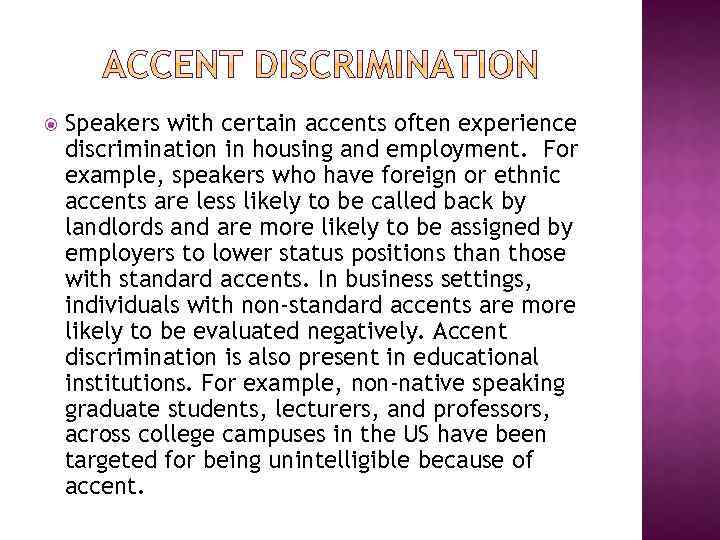 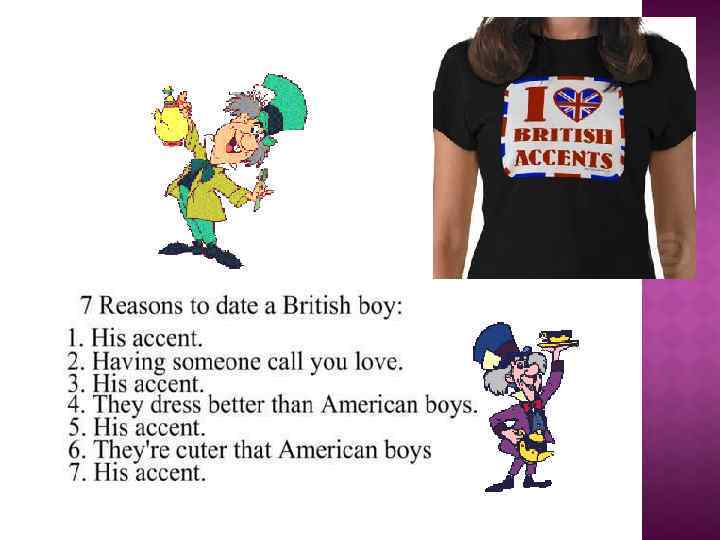 In linguistics, an accent is a manner of pronunciation peculiar to a particular individual, location, or nation. An accent may identify the locality in which its speakers reside (a geographical or regional accent), the socioeconomic status of its speakers, their caste or social class, their first language (when the language in which the accent is heard is not their native language), and so on. Accent

In what accents differ? Accents typically differ in quality of voice, pronunciation of vowels and consonants, stress, and prosody. Although grammar, semantics, vocabulary, and other language characteristics often vary concurrently with accent, the word 'accent' refers specifically to the differences in pronunciation, whereas the word 'dialect' encompasses the broader set of linguistic differences. Often 'accent' is a subset of 'dialect'.

History As human beings spread out into isolated communities, stresses and peculiarities develop. Over time these can develop into identifiable accents. In North America, the interaction of people from many ethnic backgrounds contributed to the formation of the different varieties of North American accents. It is difficult to measure or predict how long it takes an accent to formulate. Accents in the USA, Canada and Australia, for example, developed from the combinations of different accents and languages in various societies, and the effect of this on the various pronunciations of the British settlers. In many cases, the accents of non-English settlers from the British Isles affected the accents of the different colonies quite differently. Irish, Scottish and Welsh immigrants had accents which greatly affected the vowel pronunciation of certain areas of Australia and Canada.

Development Children are able to take on accents relatively quickly. Children of immigrant families, for example, generally have a more native-like pronunciation than their parents, though both children and parents may have a noticeable non-native accent – however these generally differ: the parents' accent tends to be influenced by the sound system of their native language whilst the child is more inclined to apply hyper-pronunciation resulting from their need to correct their parents' shortcomings in fluency. Accents seem to remain relatively malleable until a person's early twenties, after which a person's accent seems to become more entrenched. All the same, accents are not fixed even in adulthood. An acoustic analysis by Jonathan Harrington of Elizabeth II's Royal Christmas Messages revealed that the speech patterns of even so conservative a figure as a monarch can continue to change over her lifetime

May a person get rid of non-native accent? The critical period theory states that if learning takes place after the critical period (usually considered around puberty) for acquiring nativelike pronunciation, an individual is unlikely to acquire a native-like accent. This theory, however, is quite controversial among researchers, as there are rare cases when children aged 6 at the time of moving to another country often speak with a noticeable non-native accent as adults and when individuals are able to pass for native speakers even if they learned their non-native language in early adulthood.

However, neurological constraints associated with brain development appear to limit most non-native speakers’ ability to sound nativelike. Most researchers agree that for adults, acquiring a native-like accent in a non-native language is near impossible.

…at first, of course, being understood…

Individuals with non-standard accents often have to deal with both negative stereotypes and prejudice because of an accent. Researchers consistently show that people with accents are judged as less intelligent, less competent, less educated, having poor English language skills, and unpleasant to listen to.

Speakers with certain accents often experience discrimination in housing and employment. For example, speakers who have foreign or ethnic accents are less likely to be called back by landlords and are more likely to be assigned by employers to lower status positions than those with standard accents. In business settings, individuals with non-standard accents are more likely to be evaluated negatively. Accent discrimination is also present in educational institutions. For example, non-native speaking graduate students, lecturers, and professors, across college campuses in the US have been targeted for being unintelligible because of accent.