A story from the Rochester Diocese Rt Revd 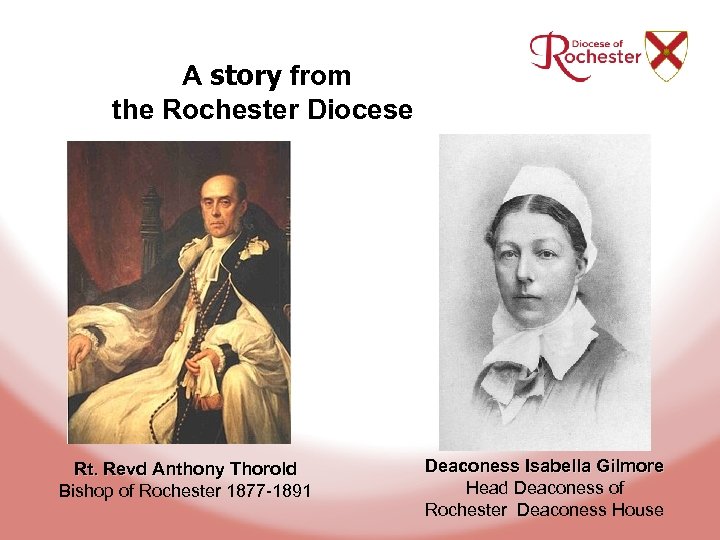 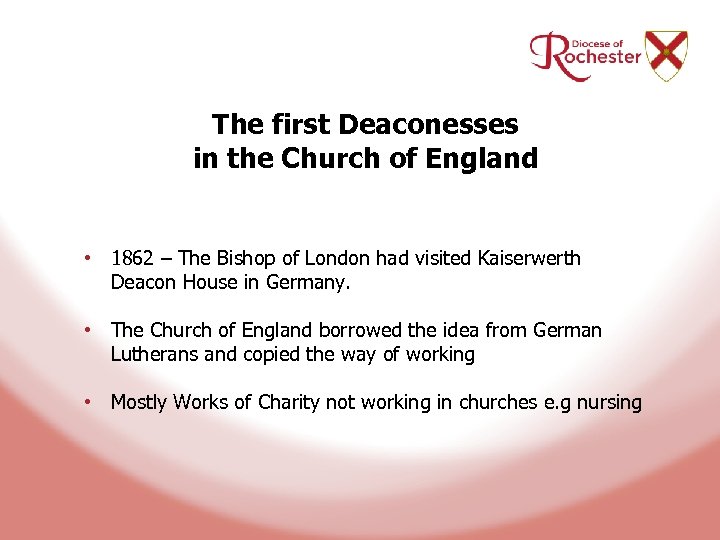 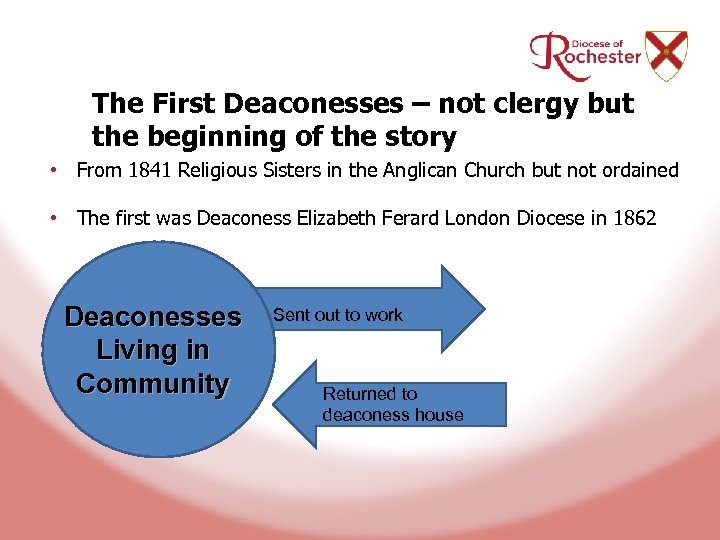 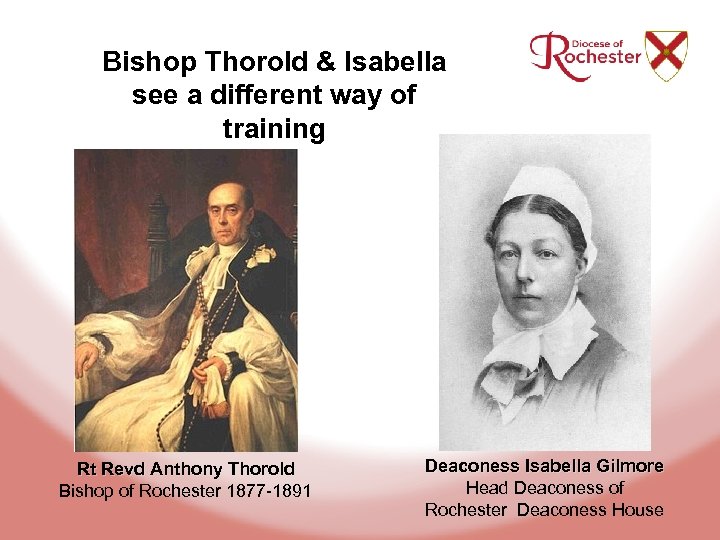 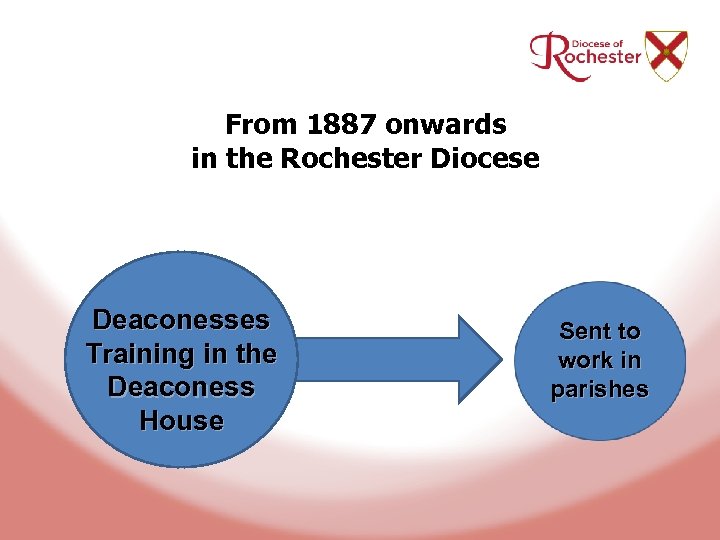 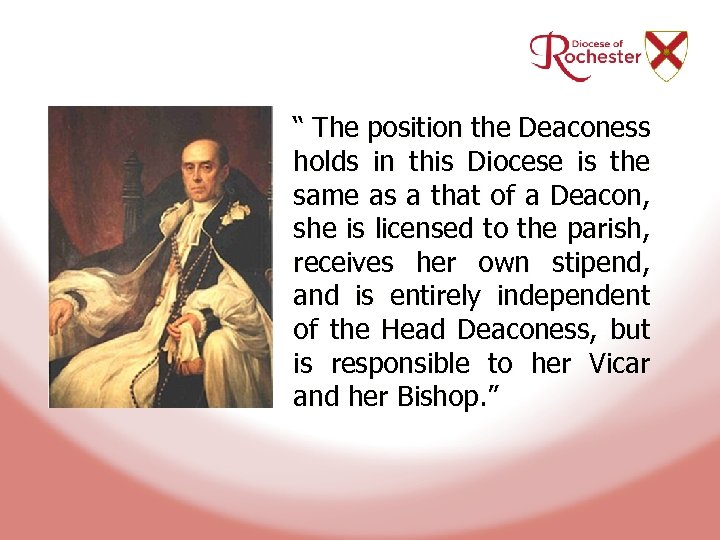 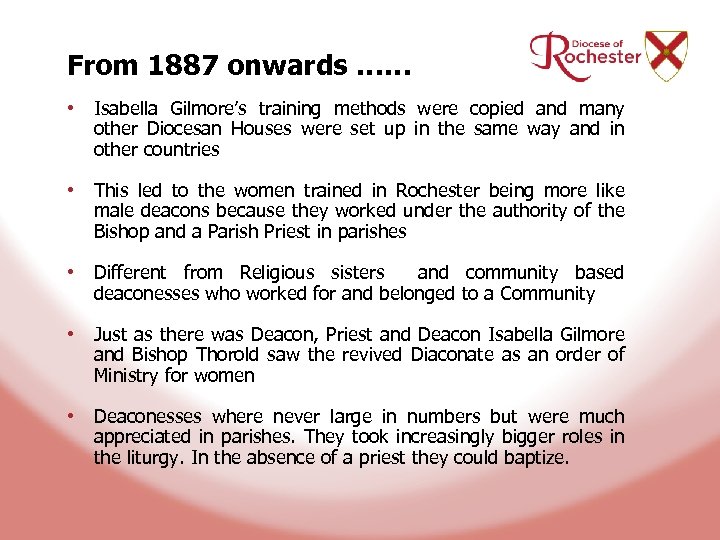 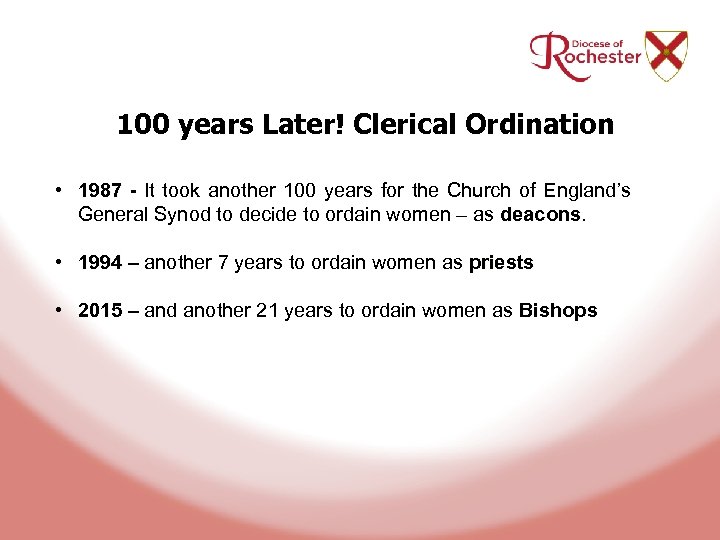 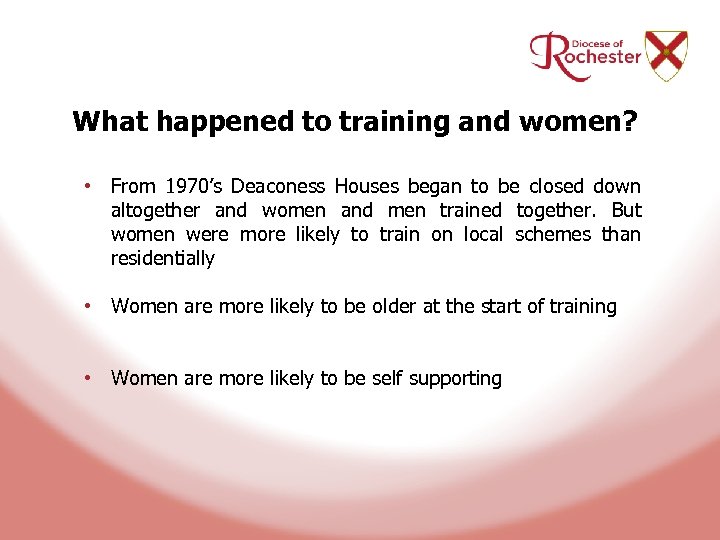 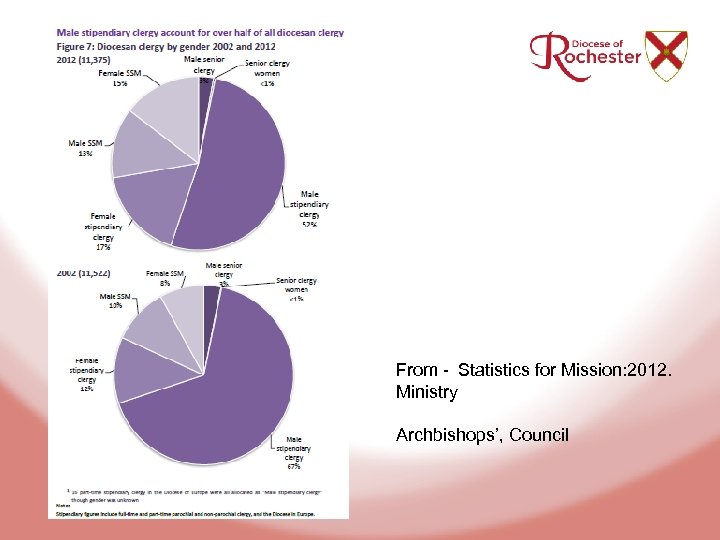 Скачать презентацию A story from the Rochester Diocese Rt Revd

The first Deaconesses in the Church of England • 1862 – The Bishop of London had visited Kaiserwerth Deacon House in Germany. • The Church of England borrowed the idea from German Lutherans and copied the way of working • Mostly Works of Charity not working in churches e. g nursing

“ The position the Deaconess holds in this Diocese is the same as a that of a Deacon, she is licensed to the parish, receives her own stipend, and is entirely independent of the Head Deaconess, but is responsible to her Vicar and her Bishop. ”

From 1887 onwards …… • Isabella Gilmore’s training methods were copied and many other Diocesan Houses were set up in the same way and in other countries • This led to the women trained in Rochester being more like male deacons because they worked under the authority of the Bishop and a Parish Priest in parishes • Different from Religious sisters and community based deaconesses who worked for and belonged to a Community • Just as there was Deacon, Priest and Deacon Isabella Gilmore and Bishop Thorold saw the revived Diaconate as an order of Ministry for women • Deaconesses where never large in numbers but were much appreciated in parishes. They took increasingly bigger roles in the liturgy. In the absence of a priest they could baptize.