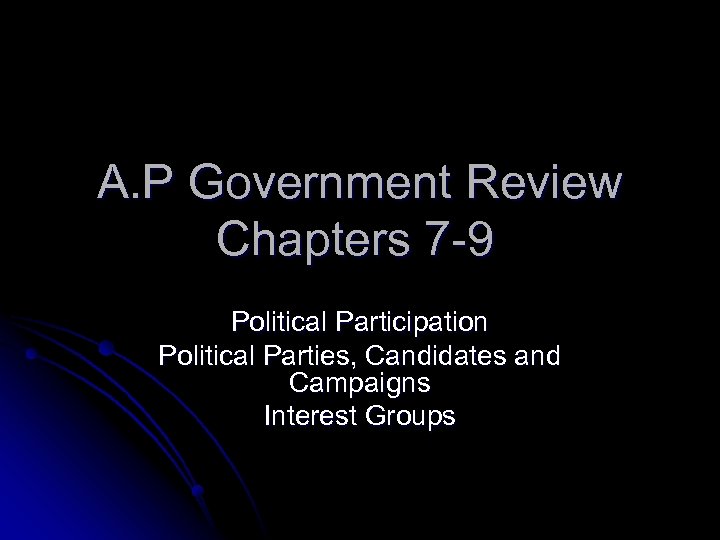 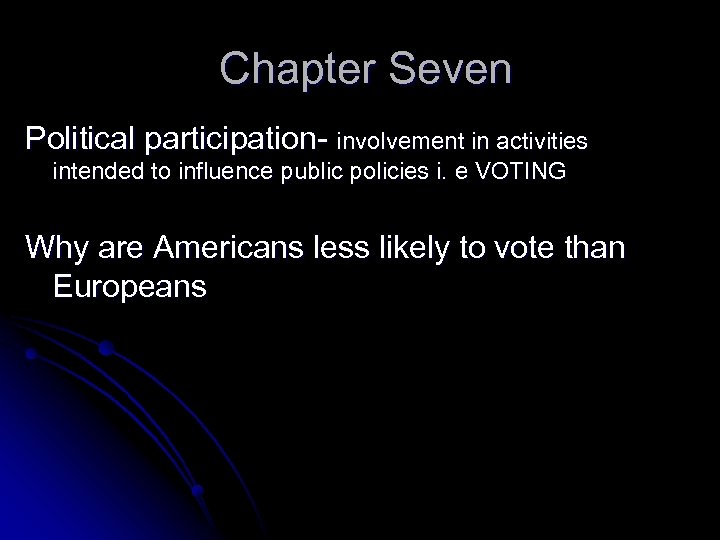 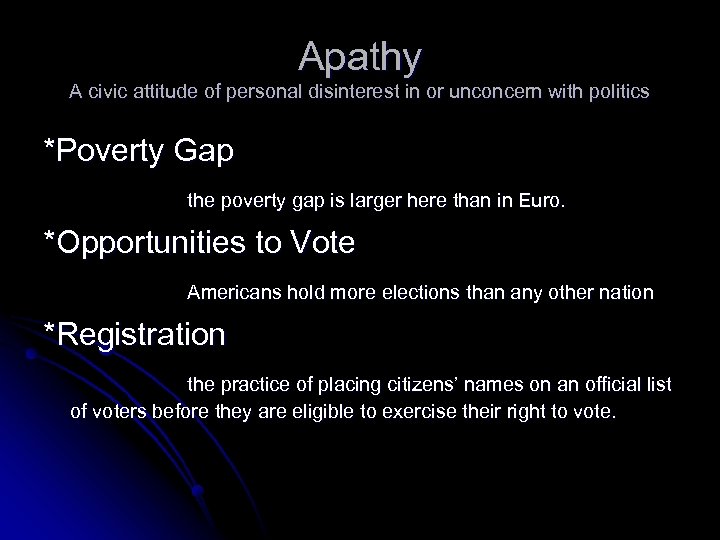 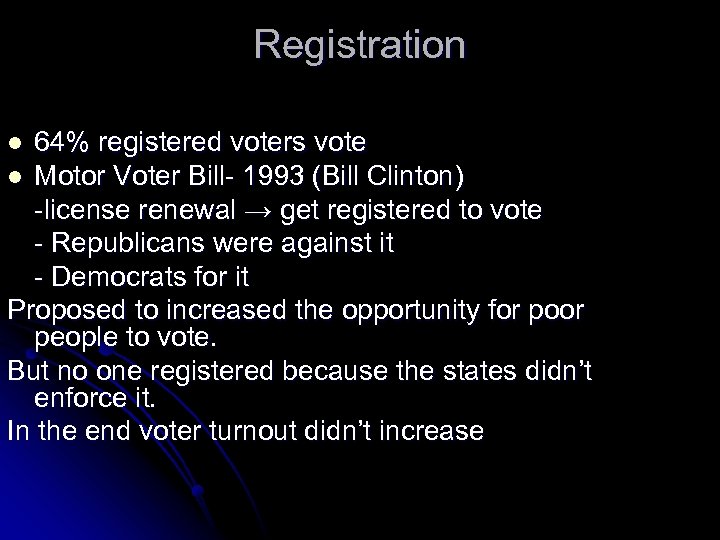 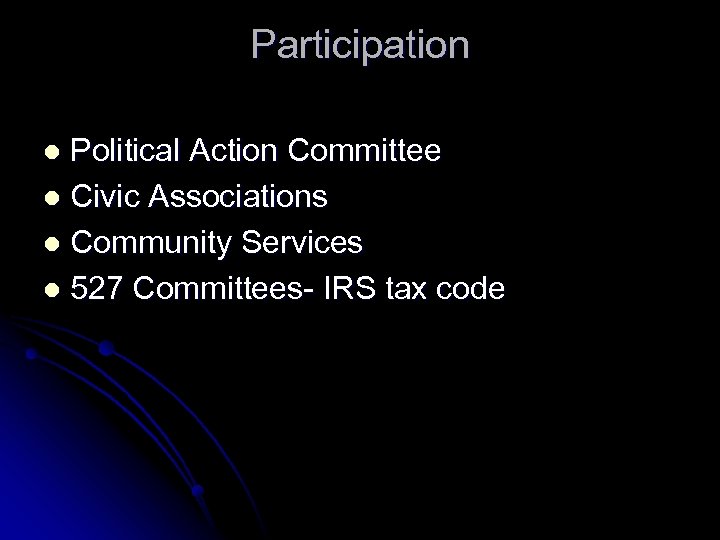 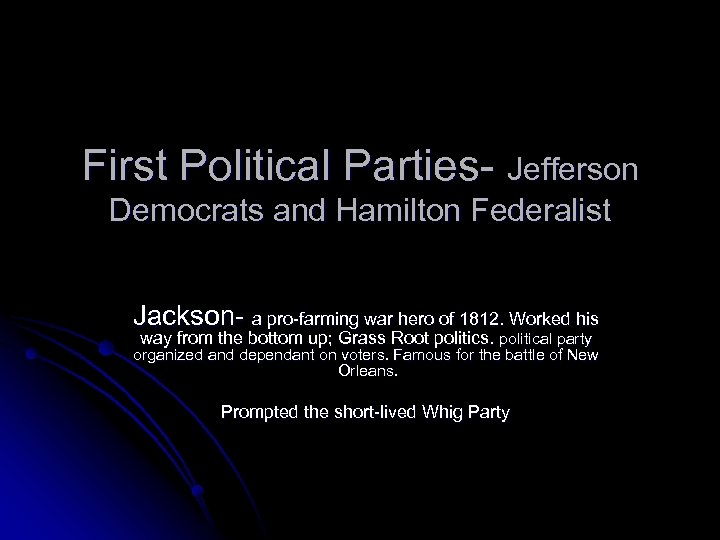 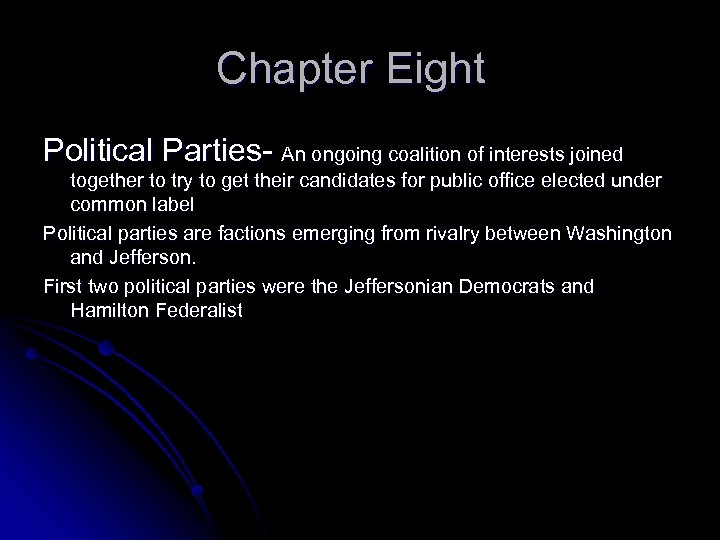 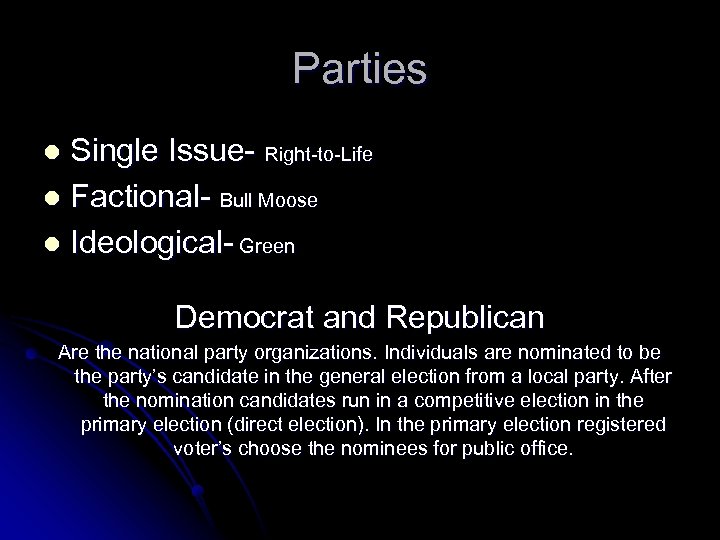 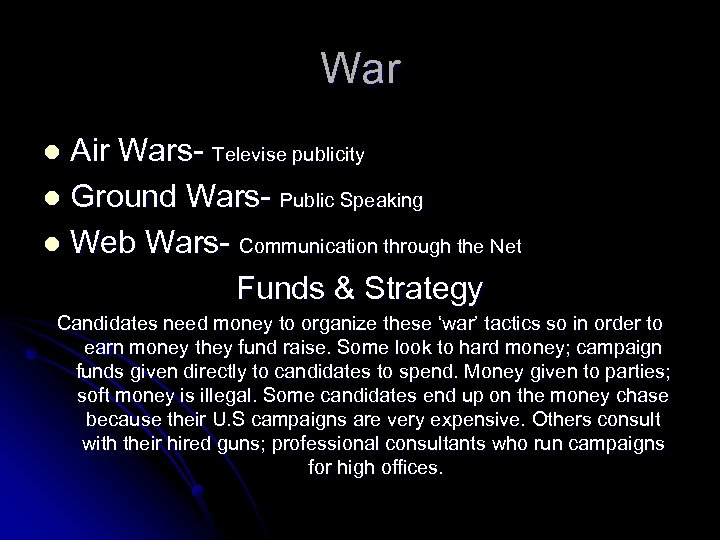 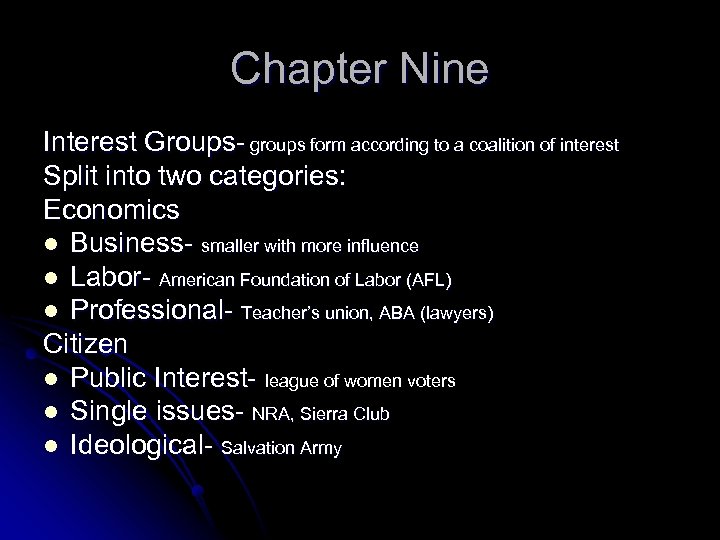 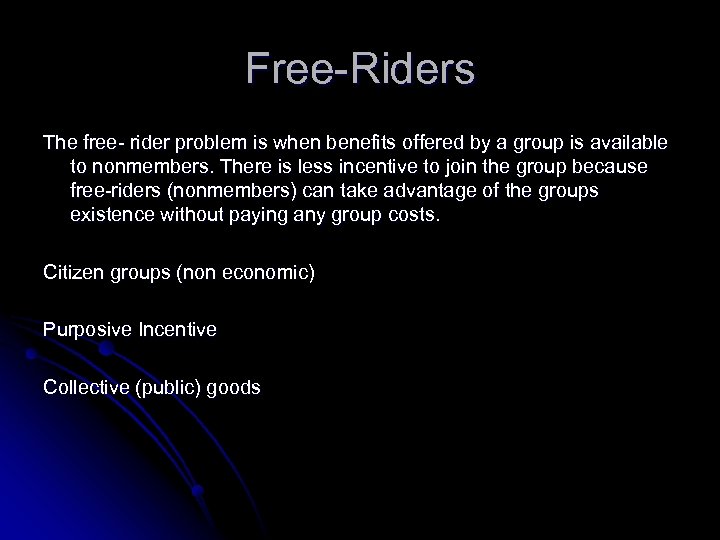 Apathy A civic attitude of personal disinterest in or unconcern with politics *Poverty Gap the poverty gap is larger here than in Euro. *Opportunities to Vote Americans hold more elections than any other nation *Registration the practice of placing citizens’ names on an official list of voters before they are eligible to exercise their right to vote.

Registration 64% registered voters vote l Motor Voter Bill- 1993 (Bill Clinton) -license renewal → get registered to vote - Republicans were against it - Democrats for it Proposed to increased the opportunity for poor people to vote. But no one registered because the states didn’t enforce it. In the end voter turnout didn’t increase l

First Political Parties- Jefferson Democrats and Hamilton Federalist Jackson- a pro-farming war hero of 1812. Worked his way from the bottom up; Grass Root politics. political party organized and dependant on voters. Famous for the battle of New Orleans. Prompted the short-lived Whig Party

Chapter Eight Political Parties- An ongoing coalition of interests joined together to try to get their candidates for public office elected under common label Political parties are factions emerging from rivalry between Washington and Jefferson. First two political parties were the Jeffersonian Democrats and Hamilton Federalist

Parties Single Issue- Right-to-Life l Factional- Bull Moose l Ideological- Green l Democrat and Republican Are the national party organizations. Individuals are nominated to be the party’s candidate in the general election from a local party. After the nomination candidates run in a competitive election in the primary election (direct election). In the primary election registered voter’s choose the nominees for public office.

War Air Wars- Televise publicity l Ground Wars- Public Speaking l Web Wars- Communication through the Net Funds & Strategy l Candidates need money to organize these ‘war’ tactics so in order to earn money they fund raise. Some look to hard money; campaign funds given directly to candidates to spend. Money given to parties; soft money is illegal. Some candidates end up on the money chase because their U. S campaigns are very expensive. Others consult with their hired guns; professional consultants who run campaigns for high offices.

Free-Riders The free- rider problem is when benefits offered by a group is available to nonmembers. There is less incentive to join the group because free-riders (nonmembers) can take advantage of the groups existence without paying any group costs. Citizen groups (non economic) Purposive Incentive Collective (public) goods