A NATION DIVIDED THE ROAD TO CIVIL WAR 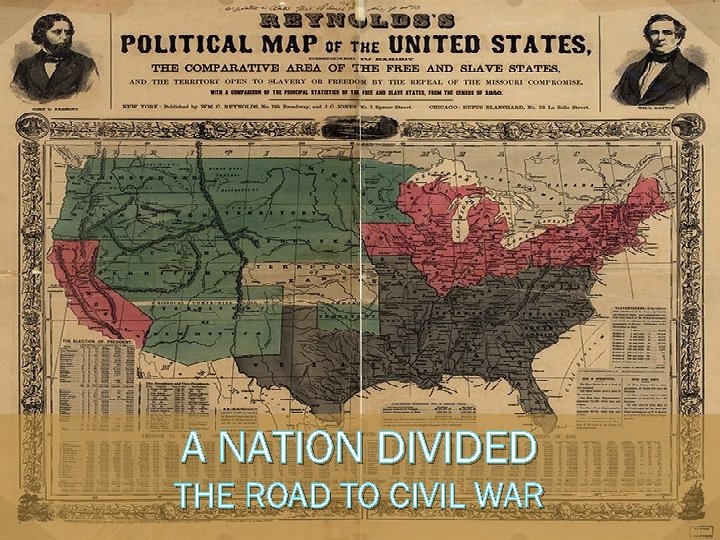 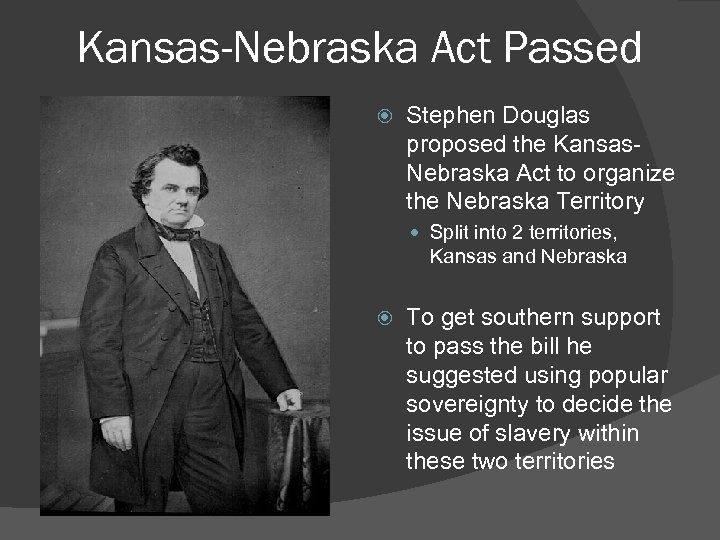 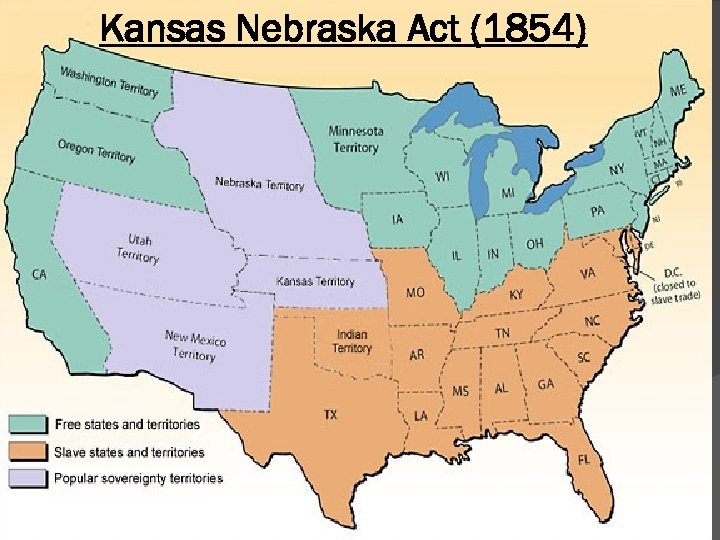 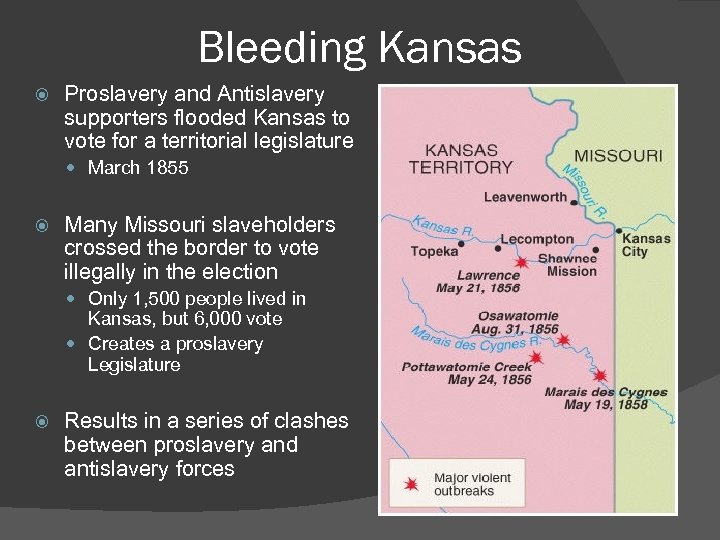 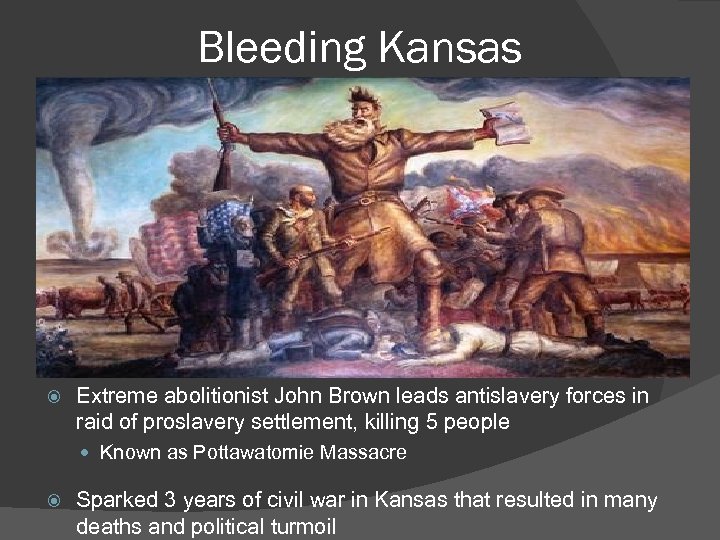 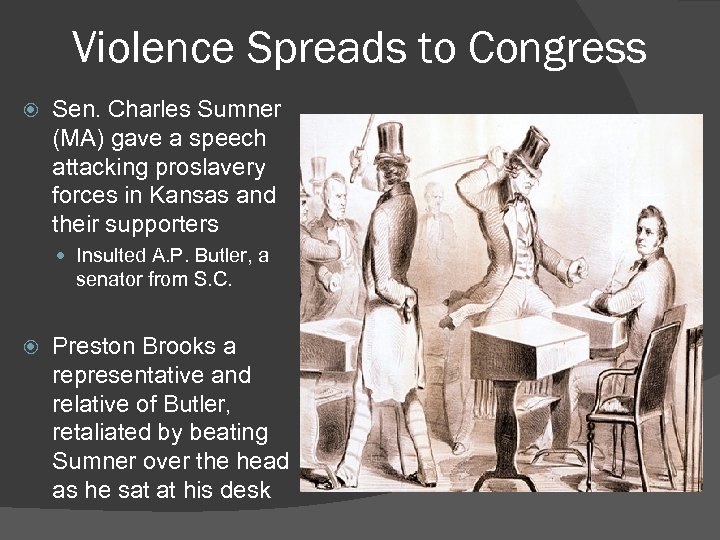 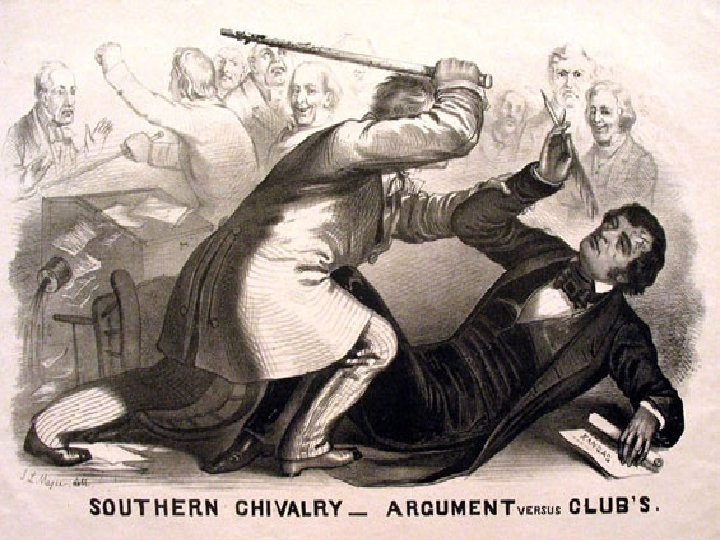 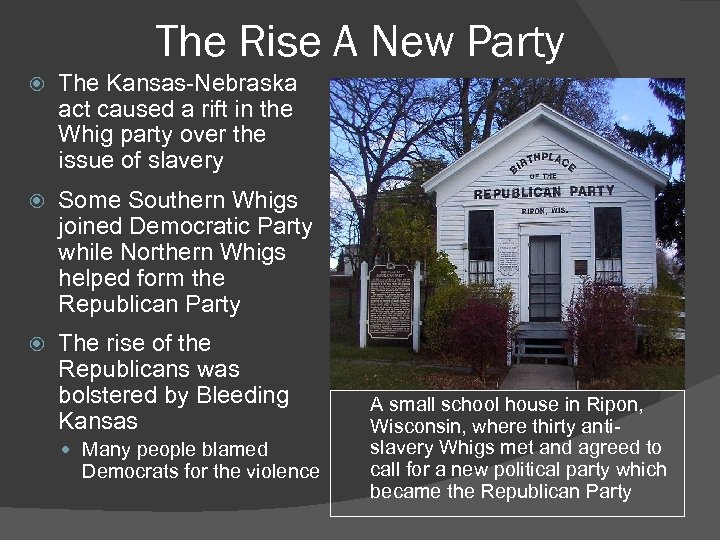 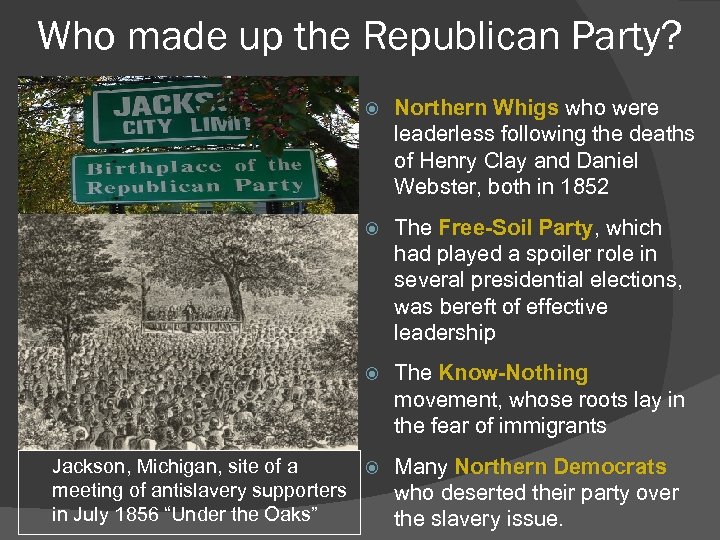 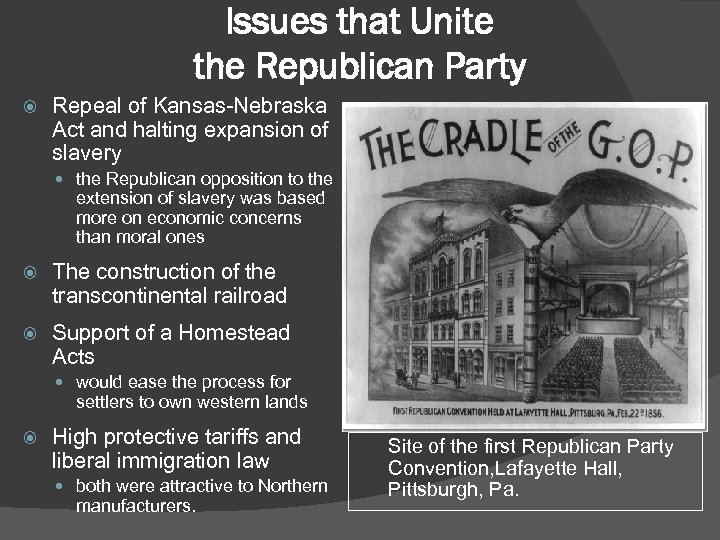 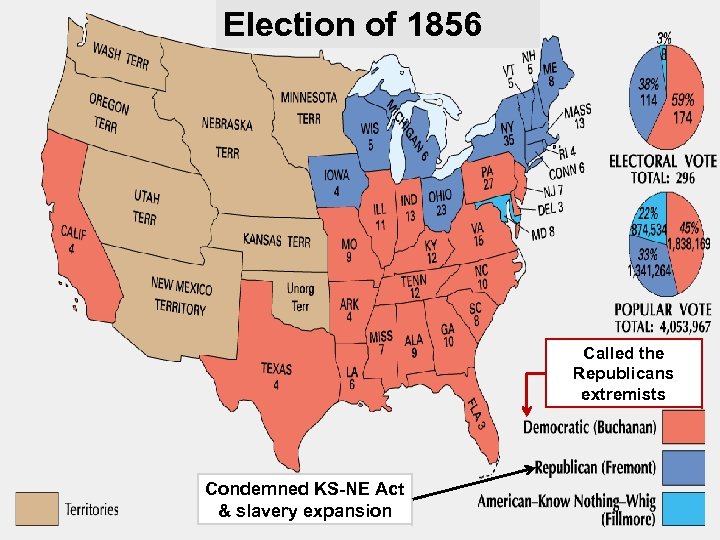 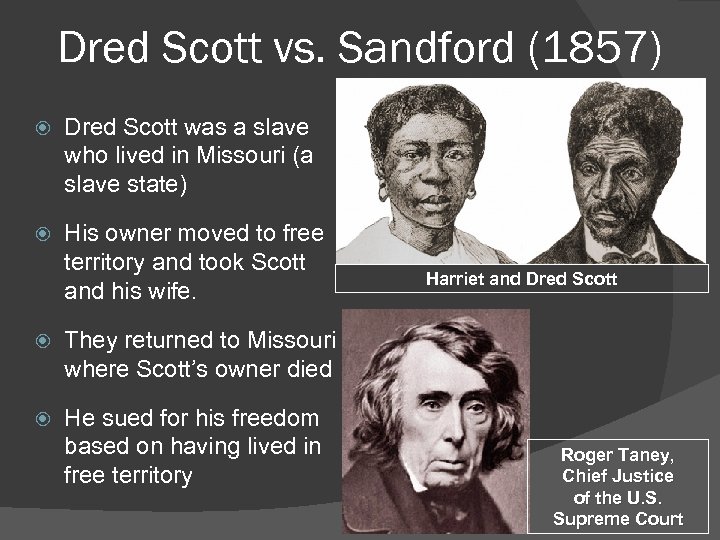 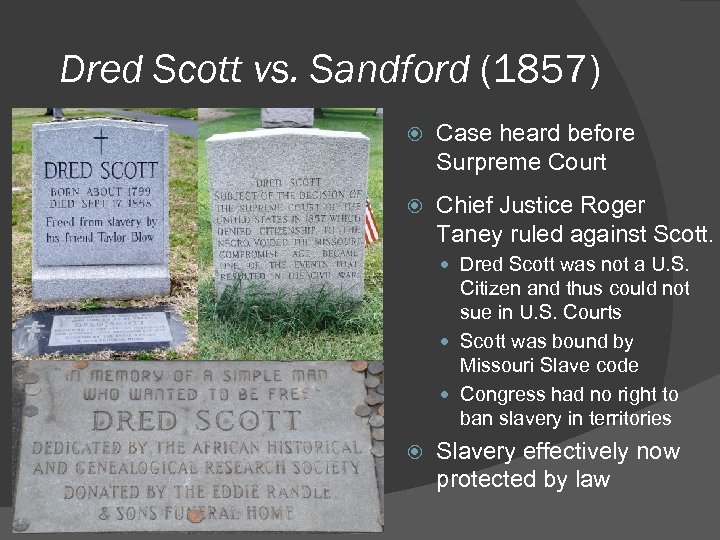 Скачать презентацию A NATION DIVIDED THE ROAD TO CIVIL WAR

A NATION DIVIDED THE ROAD TO CIVIL WAR

Kansas-Nebraska Act Passed Stephen Douglas proposed the Kansas. Nebraska Act to organize the Nebraska Territory Split into 2 territories, Kansas and Nebraska To get southern support to pass the bill he suggested using popular sovereignty to decide the issue of slavery within these two territories

Bleeding Kansas Proslavery and Antislavery supporters flooded Kansas to vote for a territorial legislature March 1855 Many Missouri slaveholders crossed the border to vote illegally in the election Only 1, 500 people lived in Kansas, but 6, 000 vote Creates a proslavery Legislature Results in a series of clashes between proslavery and antislavery forces

Violence Spreads to Congress Sen. Charles Sumner (MA) gave a speech attacking proslavery forces in Kansas and their supporters Insulted A. P. Butler, a senator from S. C. Preston Brooks a representative and relative of Butler, retaliated by beating Sumner over the head as he sat at his desk

The Rise A New Party The Kansas-Nebraska act caused a rift in the Whig party over the issue of slavery Some Southern Whigs joined Democratic Party while Northern Whigs helped form the Republican Party The rise of the Republicans was bolstered by Bleeding Kansas Many people blamed Democrats for the violence A small school house in Ripon, Wisconsin, where thirty antislavery Whigs met and agreed to call for a new political party which became the Republican Party

Who made up the Republican Party? Northern Whigs who were leaderless following the deaths of Henry Clay and Daniel Webster, both in 1852 The Free-Soil Party, which Party had played a spoiler role in several presidential elections, was bereft of effective leadership The Know-Nothing movement, whose roots lay in the fear of immigrants Jackson, Michigan, site of a Many Northern Democrats meeting of antislavery supporters who deserted their party over in July 1856 “Under the Oaks” the slavery issue.

Issues that Unite the Republican Party Repeal of Kansas-Nebraska Act and halting expansion of slavery the Republican opposition to the extension of slavery was based more on economic concerns than moral ones The construction of the transcontinental railroad Support of a Homestead Acts would ease the process for settlers to own western lands High protective tariffs and liberal immigration law both were attractive to Northern manufacturers. Site of the first Republican Party Convention, Lafayette Hall, Pittsburgh, Pa.

Dred Scott vs. Sandford (1857) Dred Scott was a slave who lived in Missouri (a slave state) His owner moved to free territory and took Scott and his wife. They returned to Missouri where Scott’s owner died He sued for his freedom based on having lived in free territory Harriet and Dred Scott Roger Taney, Chief Justice of the U. S. Supreme Court

Dred Scott vs. Sandford (1857) Case heard before Surpreme Court Chief Justice Roger Taney ruled against Scott. Dred Scott was not a U. S. Citizen and thus could not sue in U. S. Courts Scott was bound by Missouri Slave code Congress had no right to ban slavery in territories Slavery effectively now protected by law