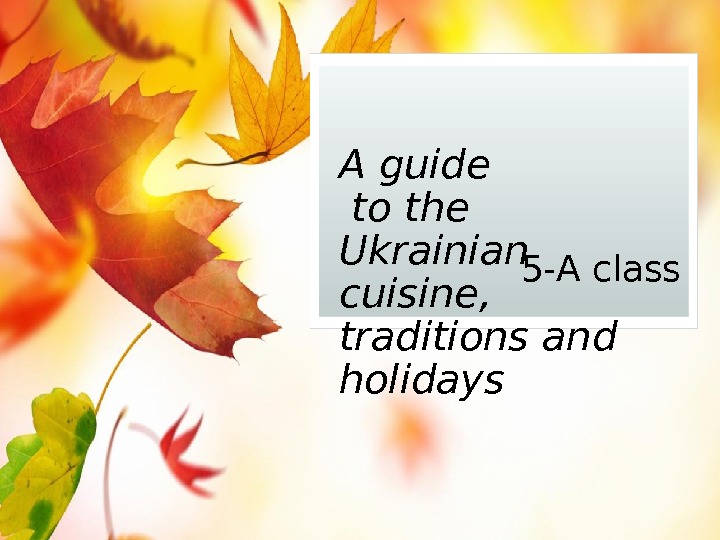 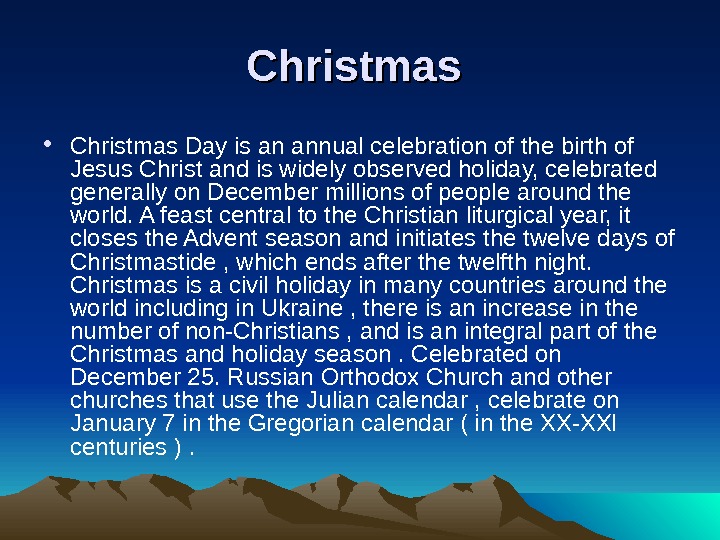 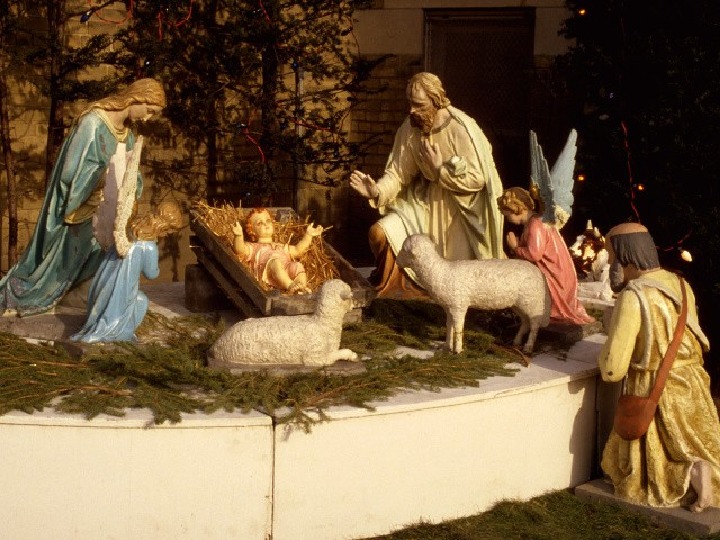 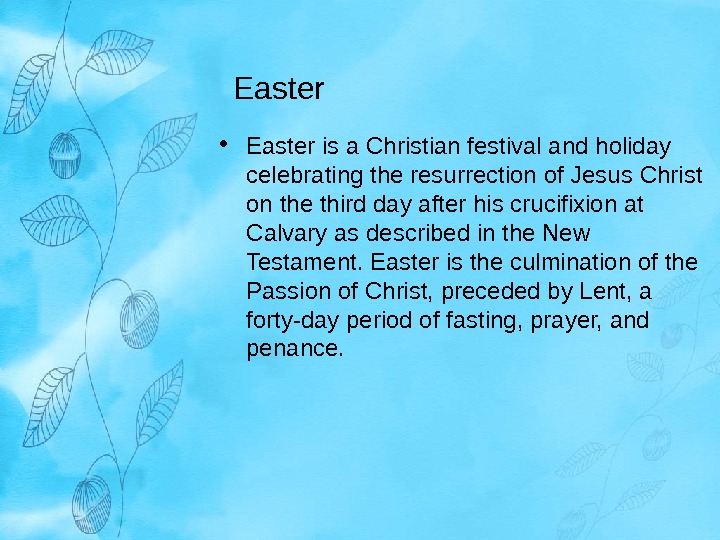 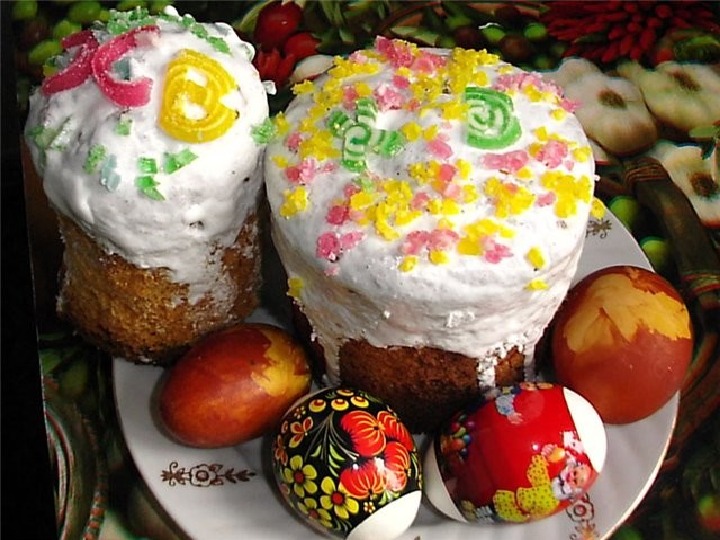 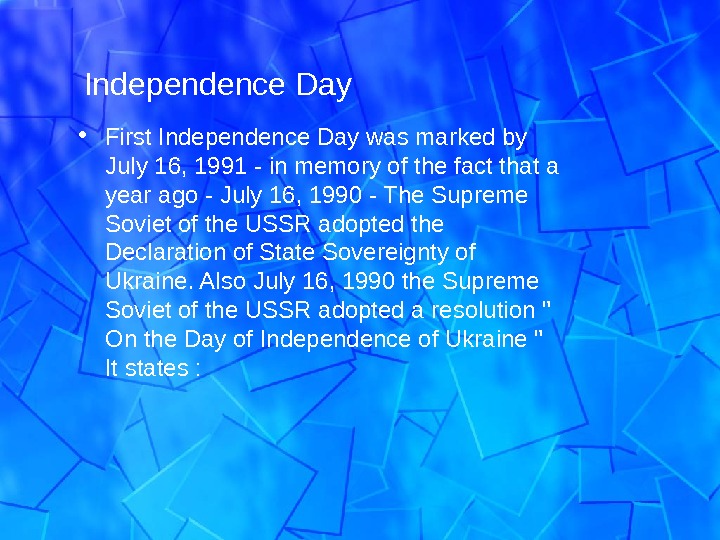 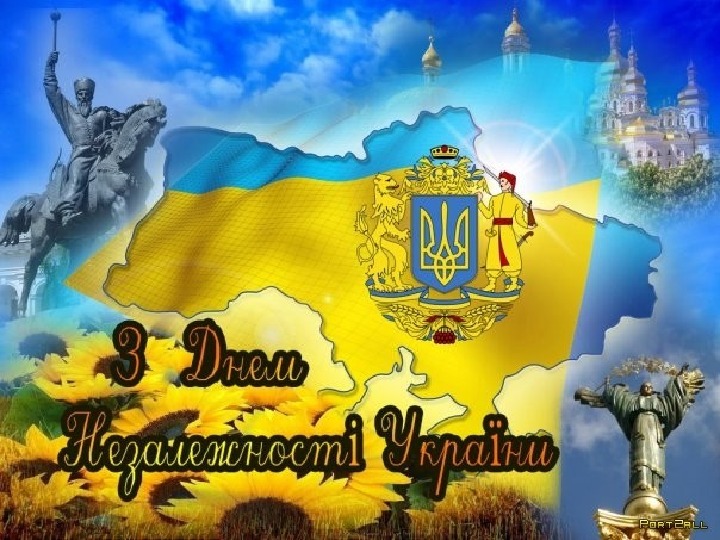 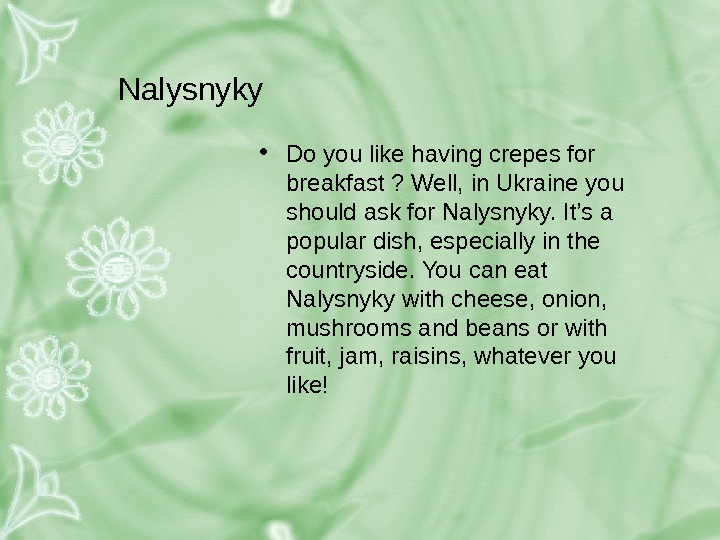 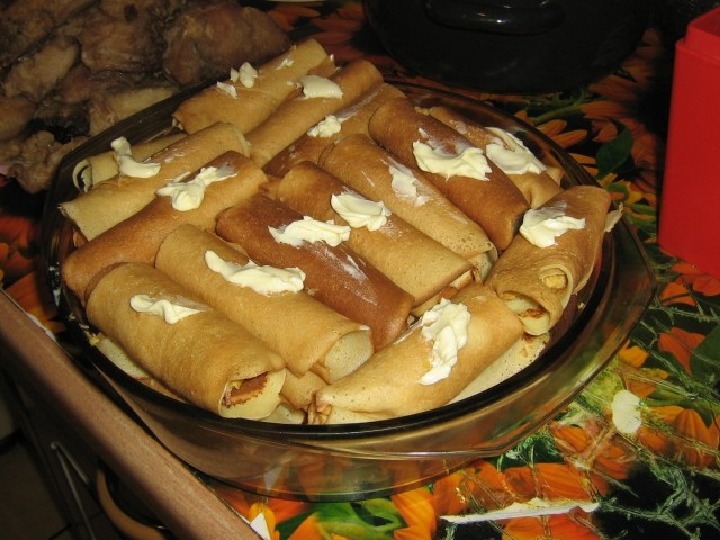 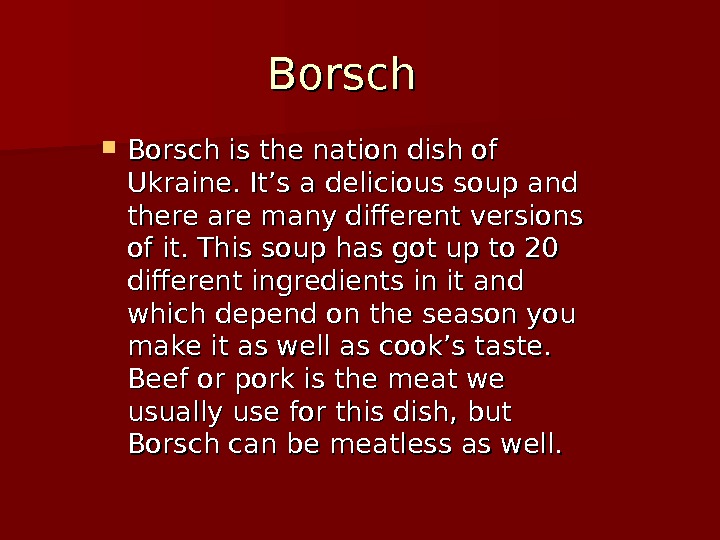 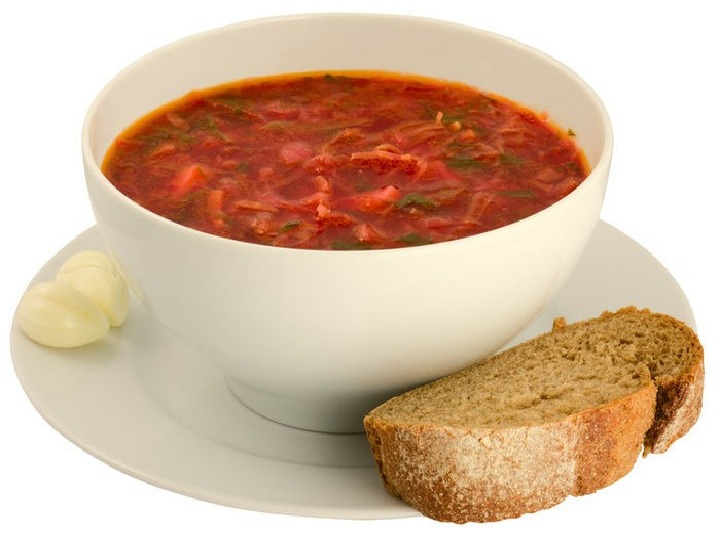 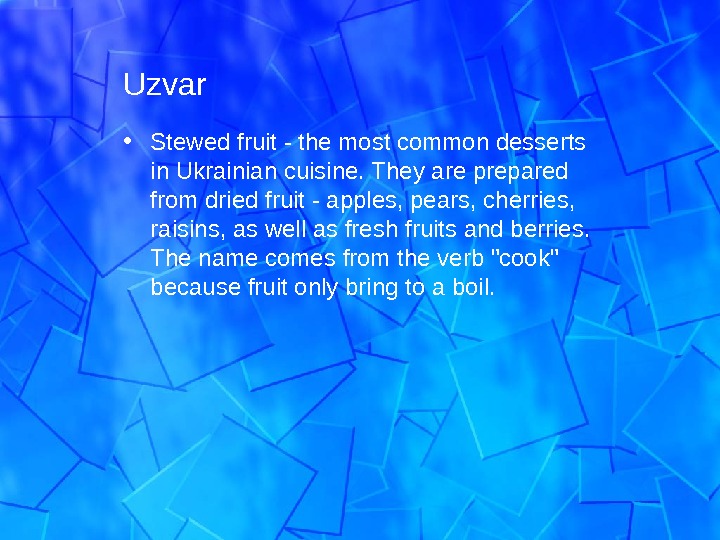 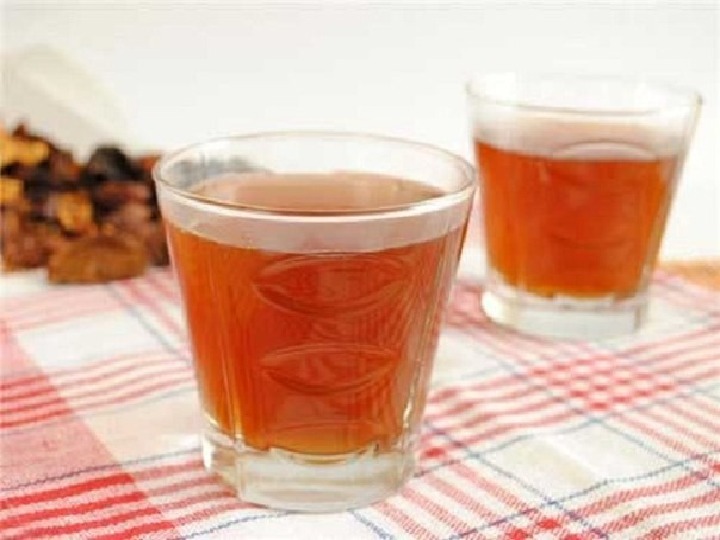 Скачать презентацию A guide to the Ukrainian cuisine,

Описание презентации A guide to the Ukrainian cuisine, по слайдам

A guide to the Ukrainian cuisine, traditions and holidays 5 -A class

Christmas • Christmas Day is an annual celebration of the birth of Jesus Christ and is widely observed holiday, celebrated generally on December millions of people around the world. A feast central to the Christian liturgical year, it closes the Advent season and initiates the twelve days of Christmastide , which ends after the twelfth night. Christmas is a civil holiday in many countries around the world including in Ukraine , there is an increase in the number of non-Christians , and is an integral part of the Christmas and holiday season. Celebrated on December 25. Russian Orthodox Church and other churches that use the Julian calendar , celebrate on January 7 in the Gregorian calendar ( in the XX-XXI centuries ).

Easter • Easter is a Christian festival and holiday celebrating the resurrection of Jesus Christ on the third day after his crucifixion at Calvary as described in the New Testament. Easter is the culmination of the Passion of Christ, preceded by Lent, a forty-day period of fasting, prayer, and penance.

Nalysnyky • Do you like having crepes for breakfast ? Well, in Ukraine you should ask for Nalysnyky. It’s a popular dish, especially in the countryside. You can eat Nalysnyky with cheese, onion, mushrooms and beans or with fruit, jam, raisins, whatever you like!

Borsch is the nation dish of Ukraine. It’s a delicious soup and there are many different versions of it. This soup has got up to 20 different ingredients in it and which depend on the season you make it as well as cook’s taste. Beef or pork is the meat we usually use for this dish, but Borsch can be meatless as well.

Uzvar • Stewed fruit — the most common desserts in Ukrainian cuisine. They are prepared from dried fruit — apples, pears, cherries, raisins, as well as fresh fruits and berries. The name comes from the verb «cook» because fruit only bring to a boil.