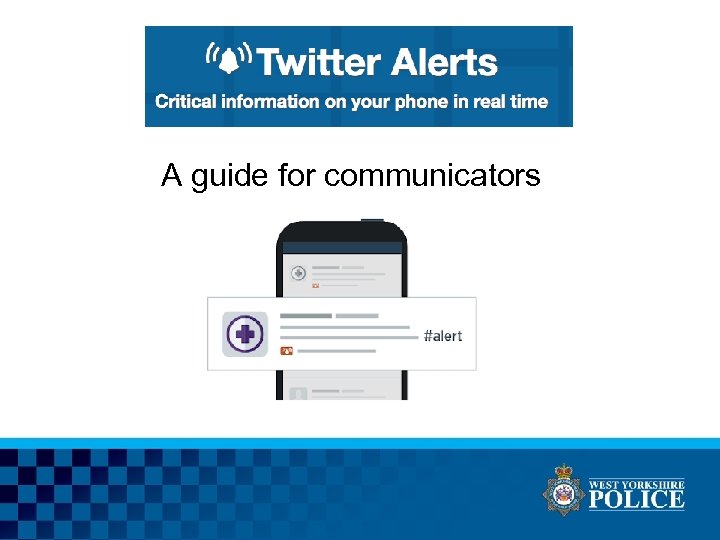 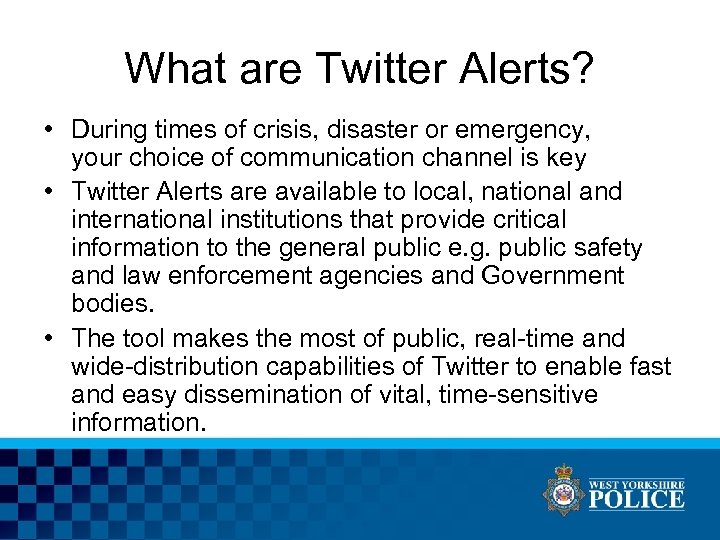 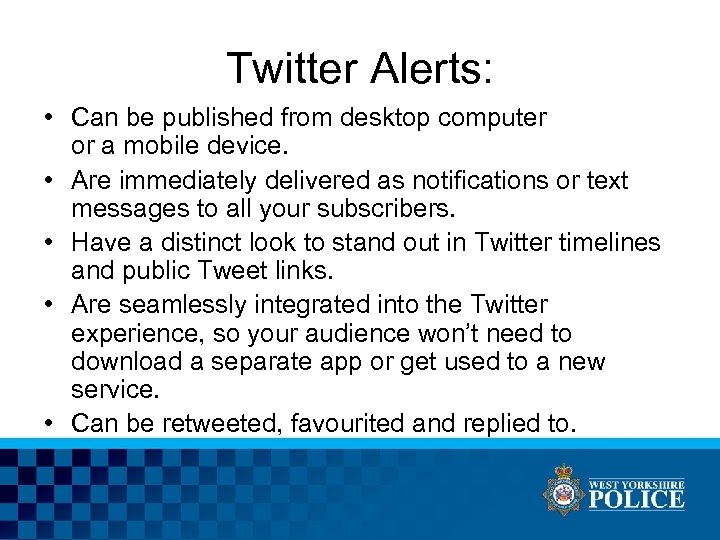 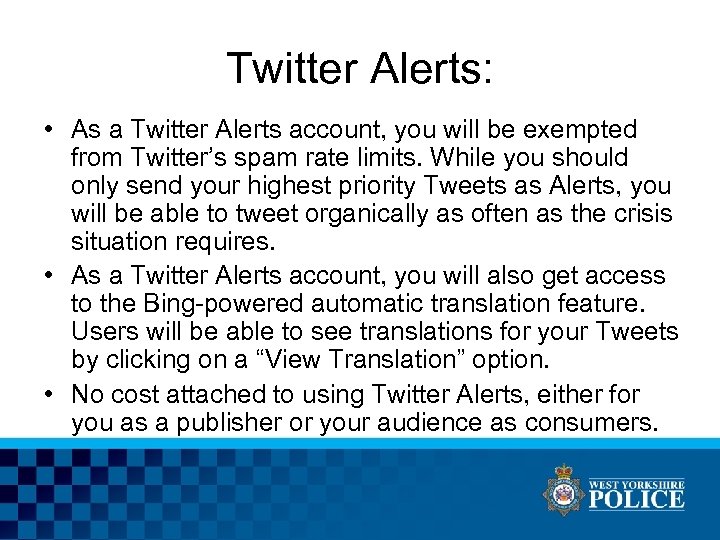 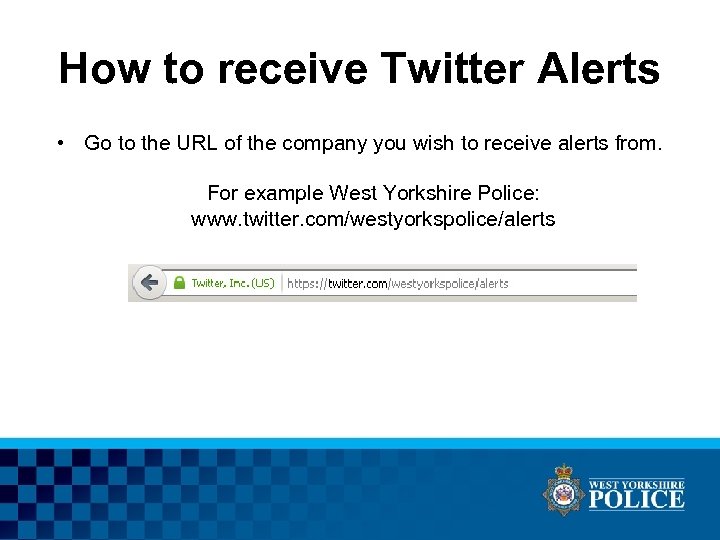 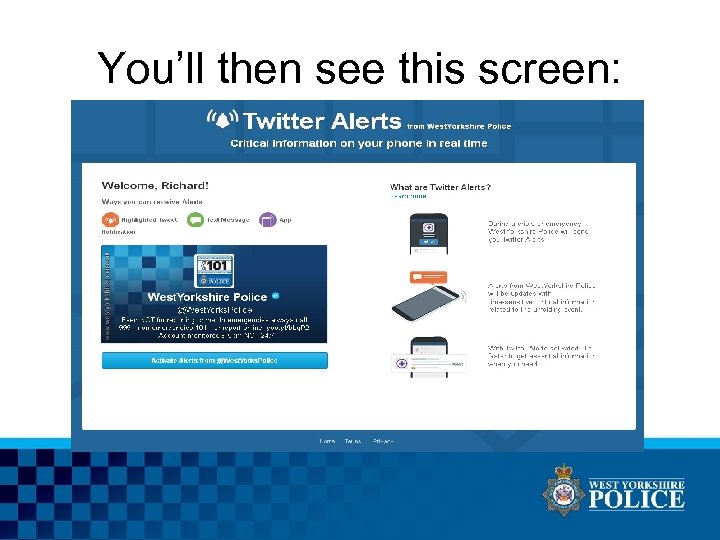 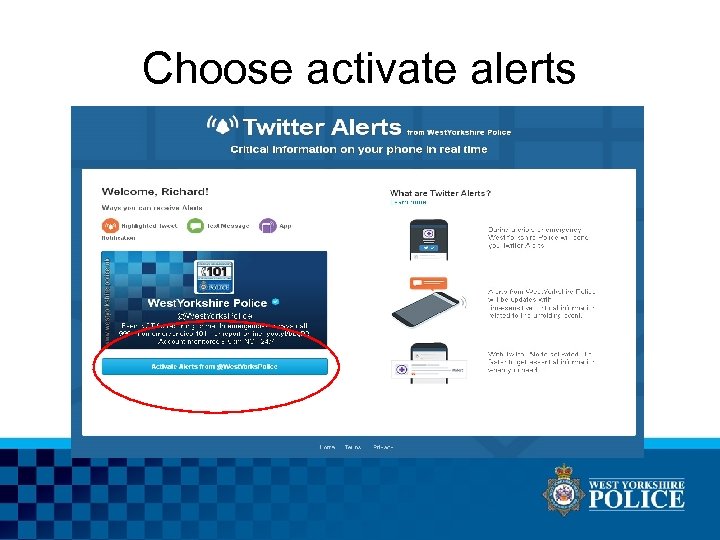 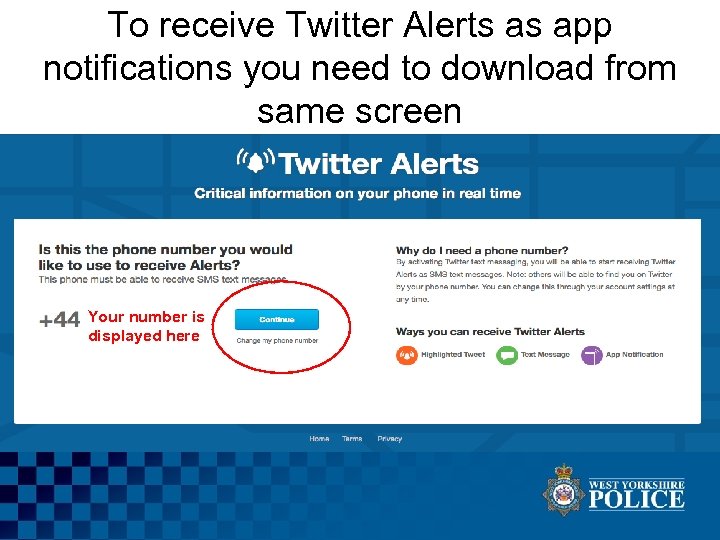 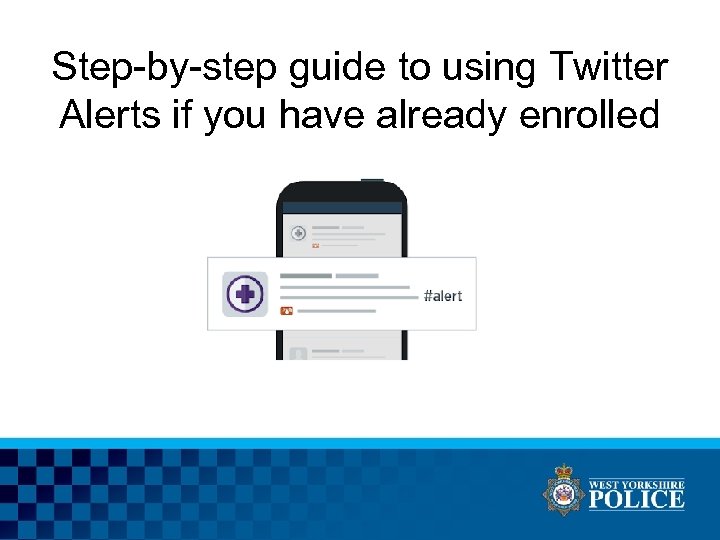 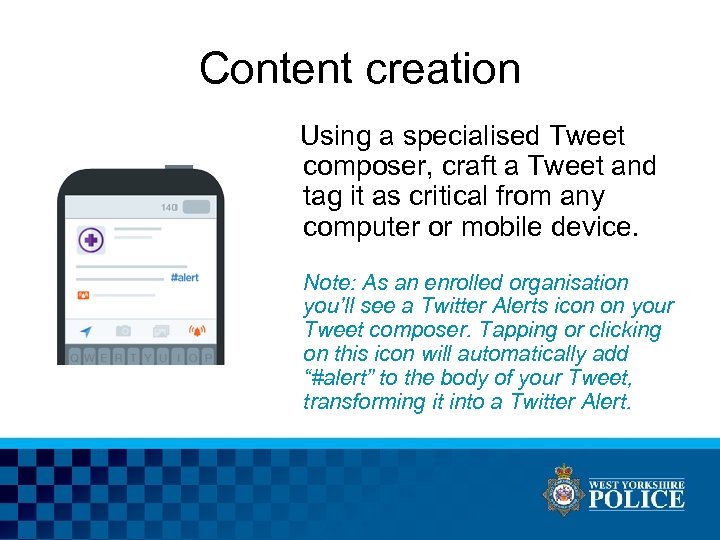 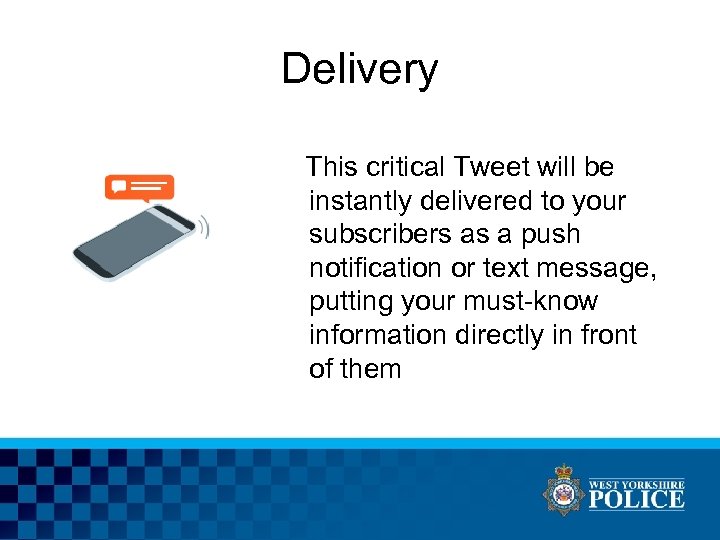 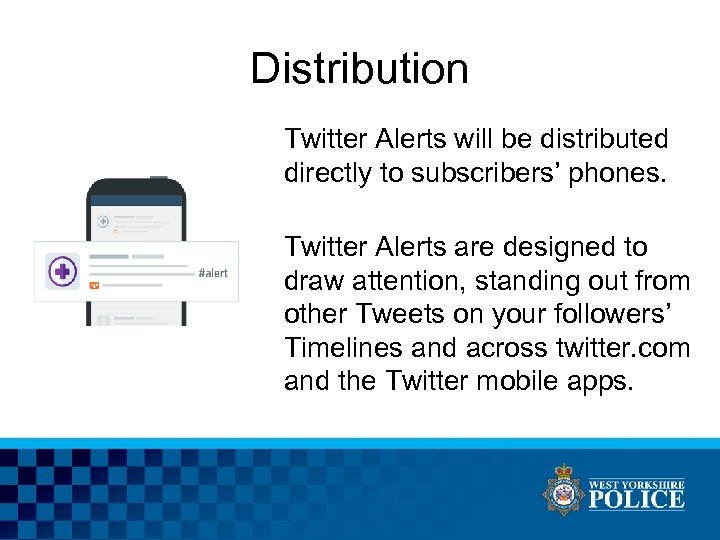 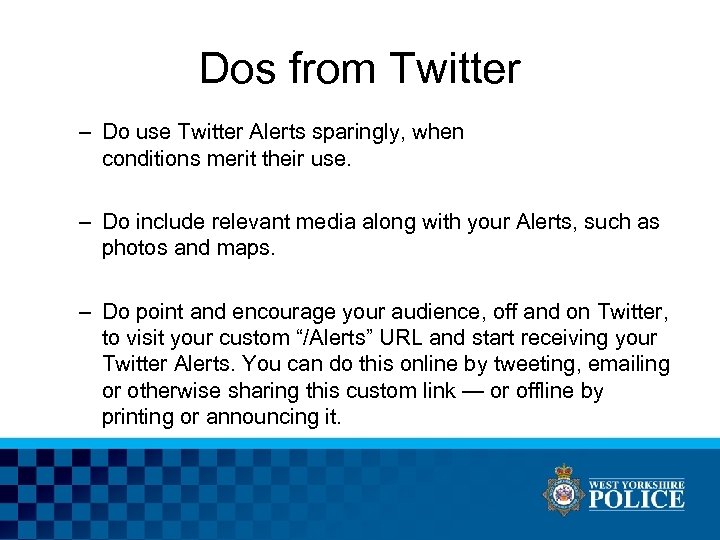 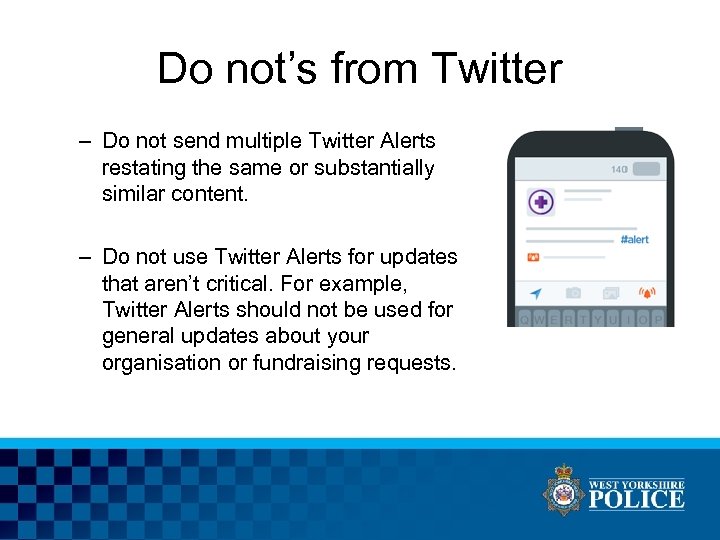 Скачать презентацию A guide for communicators What are Twitter

A guide for communicators

What are Twitter Alerts? • During times of crisis, disaster or emergency, your choice of communication channel is key • Twitter Alerts are available to local, national and international institutions that provide critical information to the general public e. g. public safety and law enforcement agencies and Government bodies. • The tool makes the most of public, real-time and wide-distribution capabilities of Twitter to enable fast and easy dissemination of vital, time-sensitive information.

Twitter Alerts: • Can be published from desktop computer or a mobile device. • Are immediately delivered as notifications or text messages to all your subscribers. • Have a distinct look to stand out in Twitter timelines and public Tweet links. • Are seamlessly integrated into the Twitter experience, so your audience won’t need to download a separate app or get used to a new service. • Can be retweeted, favourited and replied to.

How to receive Twitter Alerts • Go to the URL of the company you wish to receive alerts from. For example West Yorkshire Police: www. twitter. com/westyorkspolice/alerts

You’ll then see this screen:

Delivery This critical Tweet will be instantly delivered to your subscribers as a push notification or text message, putting your must-know information directly in front of them

Distribution Twitter Alerts will be distributed directly to subscribers’ phones. Twitter Alerts are designed to draw attention, standing out from other Tweets on your followers’ Timelines and across twitter. com and the Twitter mobile apps.

Dos from Twitter – Do use Twitter Alerts sparingly, when conditions merit their use. – Do include relevant media along with your Alerts, such as photos and maps. – Do point and encourage your audience, off and on Twitter, to visit your custom “/Alerts” URL and start receiving your Twitter Alerts. You can do this online by tweeting, emailing or otherwise sharing this custom link — or offline by printing or announcing it.

Do not’s from Twitter – Do not send multiple Twitter Alerts restating the same or substantially similar content. – Do not use Twitter Alerts for updates that aren’t critical. For example, Twitter Alerts should not be used for general updates about your organisation or fundraising requests.

HUMAN DIET diet — a set of