A An and THE Articles A and 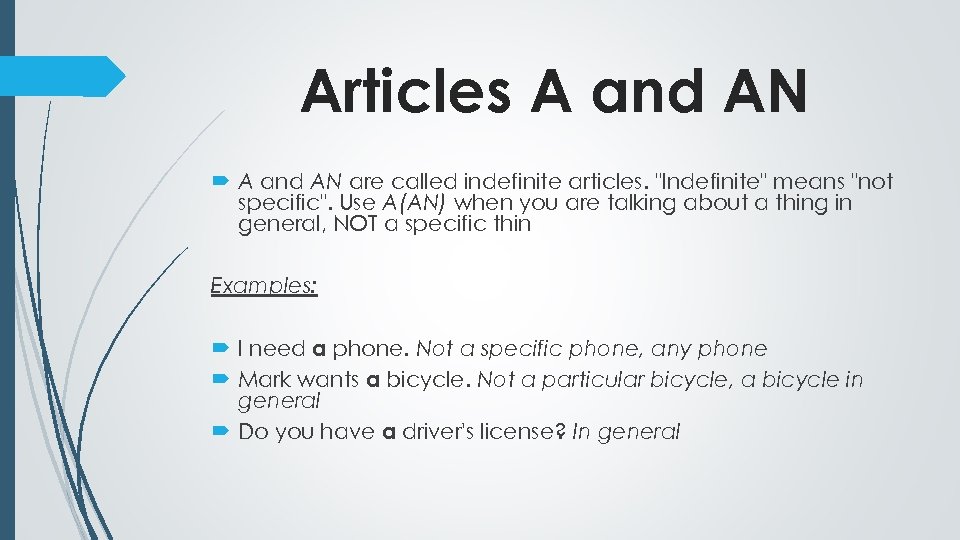 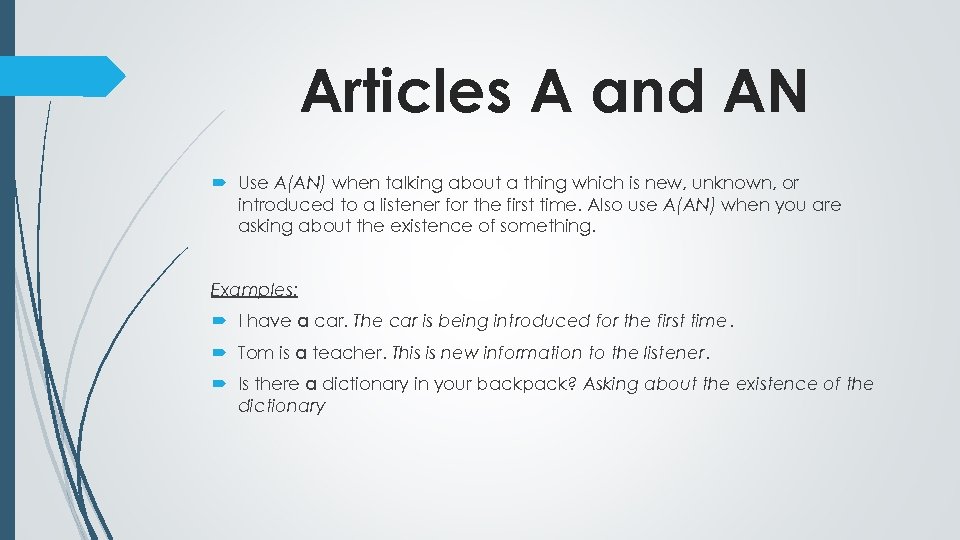 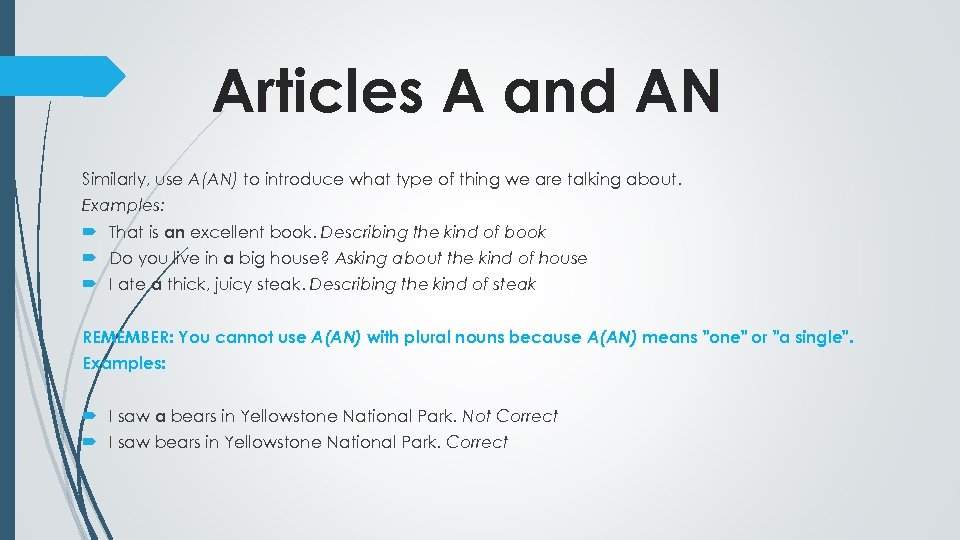 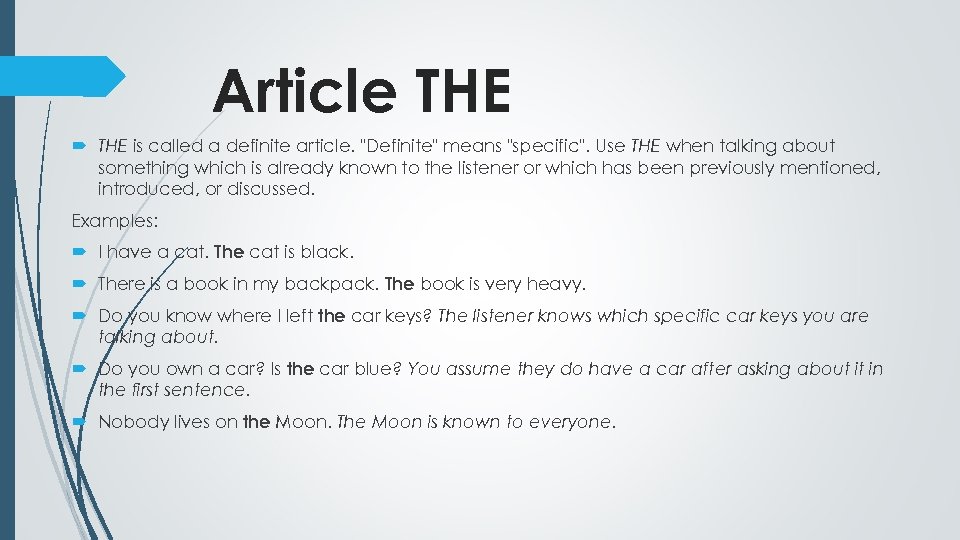 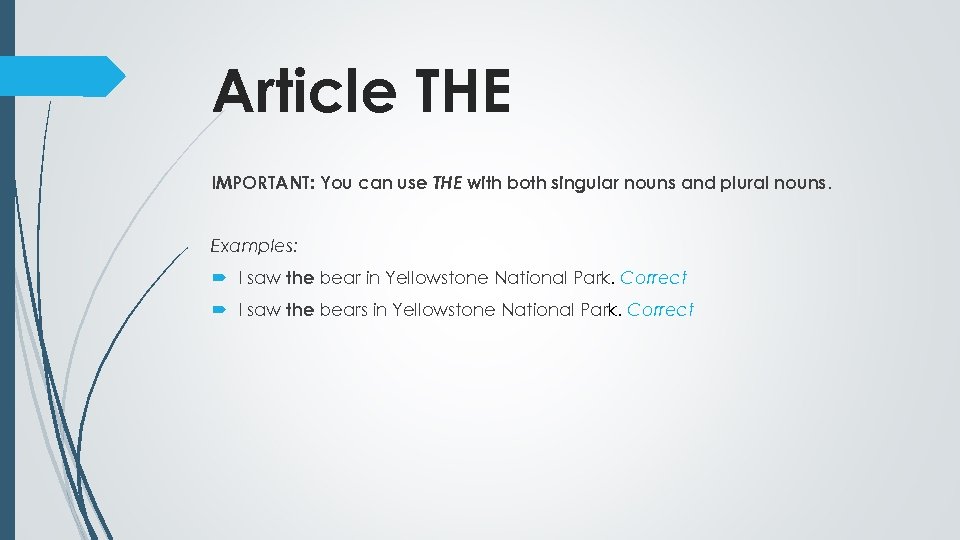 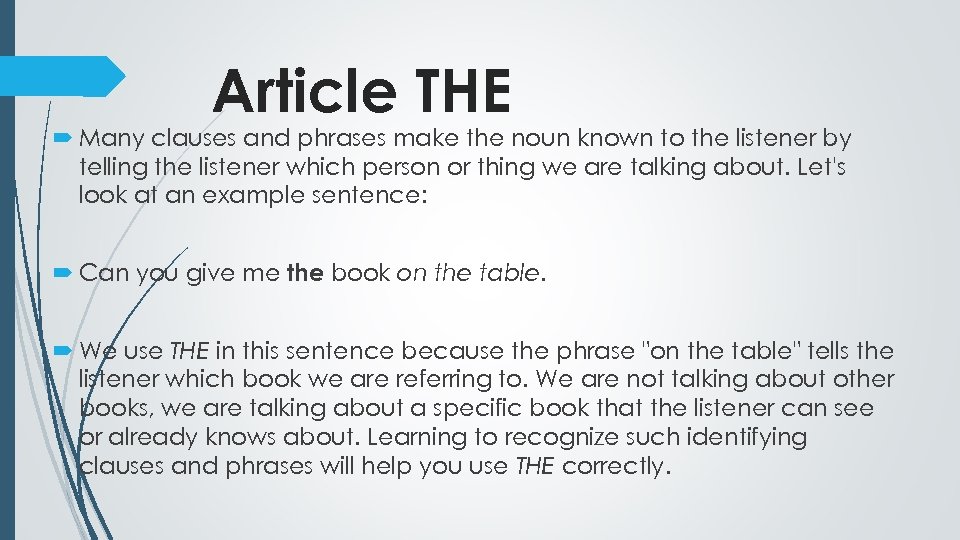 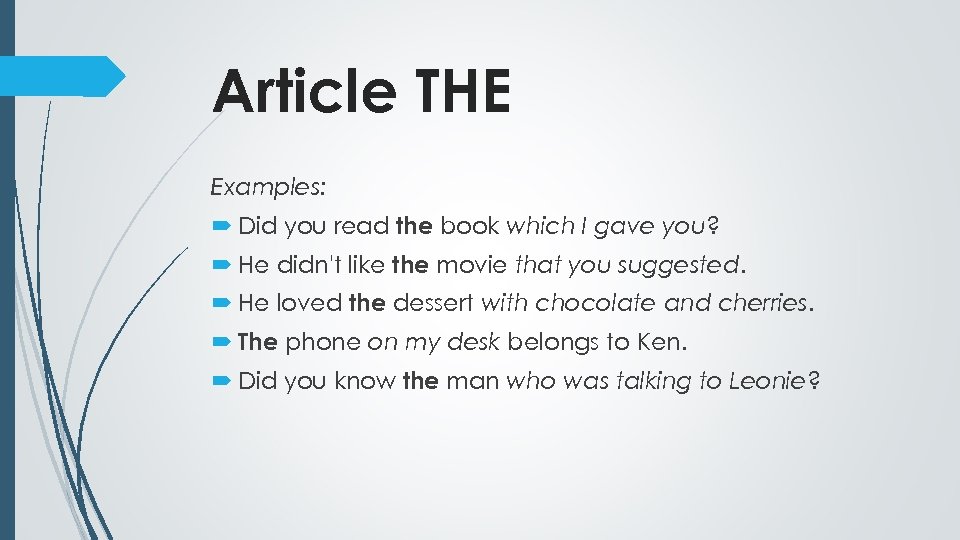 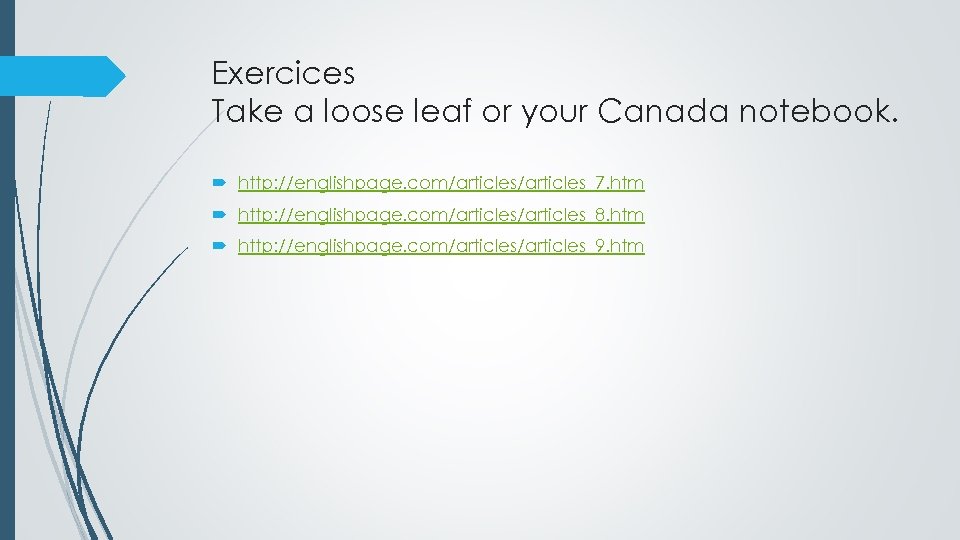 Скачать презентацию A An and THE Articles A and

Articles A and AN are called indefinite articles. "Indefinite" means "not specific". Use A(AN) when you are talking about a thing in general, NOT a specific thin Examples: I need a phone. Not a specific phone, any phone Mark wants a bicycle. Not a particular bicycle, a bicycle in general Do you have a driver's license? In general

Articles A and AN Use A(AN) when talking about a thing which is new, unknown, or introduced to a listener for the first time. Also use A(AN) when you are asking about the existence of something. Examples: I have a car. The car is being introduced for the first time. Tom is a teacher. This is new information to the listener. Is there a dictionary in your backpack? Asking about the existence of the dictionary

Articles A and AN Similarly, use A(AN) to introduce what type of thing we are talking about. Examples: That is an excellent book. Describing the kind of book Do you live in a big house? Asking about the kind of house I ate a thick, juicy steak. Describing the kind of steak REMEMBER: You cannot use A(AN) with plural nouns because A(AN) means "one" or "a single". Examples: I saw a bears in Yellowstone National Park. Not Correct I saw bears in Yellowstone National Park. Correct

Article THE is called a definite article. "Definite" means "specific". Use THE when talking about something which is already known to the listener or which has been previously mentioned, introduced, or discussed. Examples: I have a cat. The cat is black. There is a book in my backpack. The book is very heavy. Do you know where I left the car keys? The listener knows which specific car keys you are talking about. Do you own a car? Is the car blue? You assume they do have a car after asking about it in the first sentence. Nobody lives on the Moon. The Moon is known to everyone.

Article THE Examples: Did you read the book which I gave you? He didn't like the movie that you suggested. He loved the dessert with chocolate and cherries. The phone on my desk belongs to Ken. Did you know the man who was talking to Leonie?