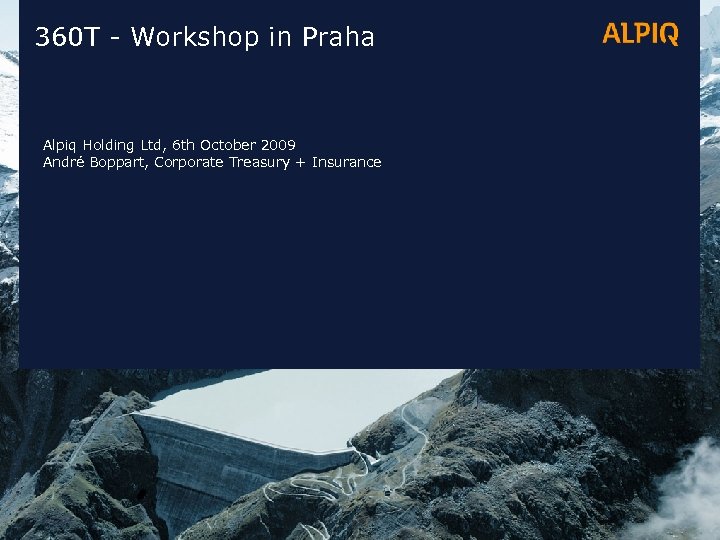 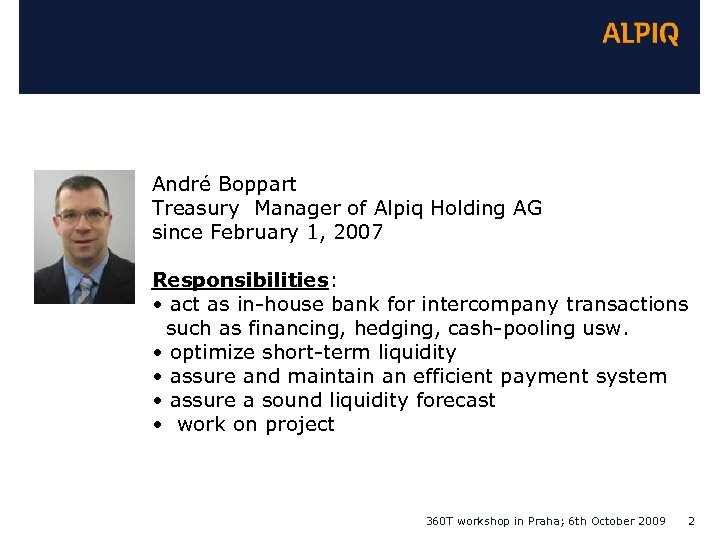 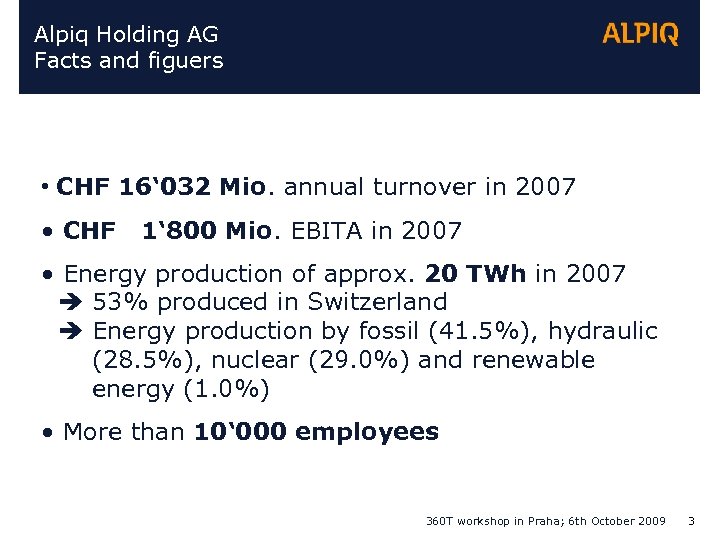 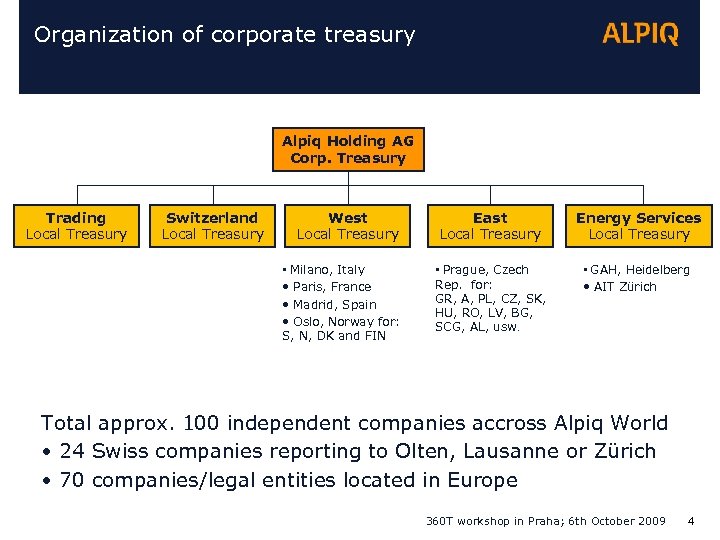 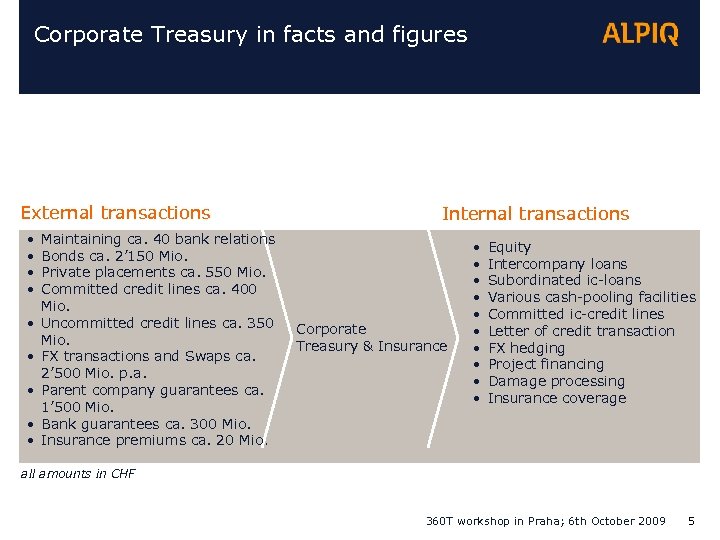 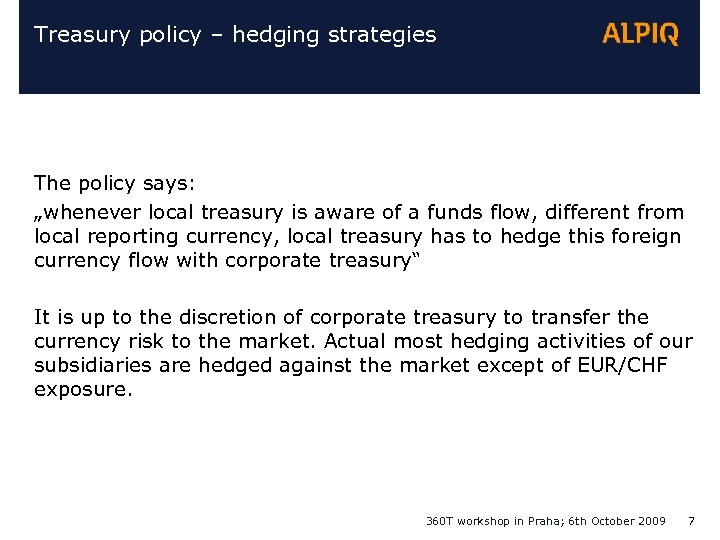 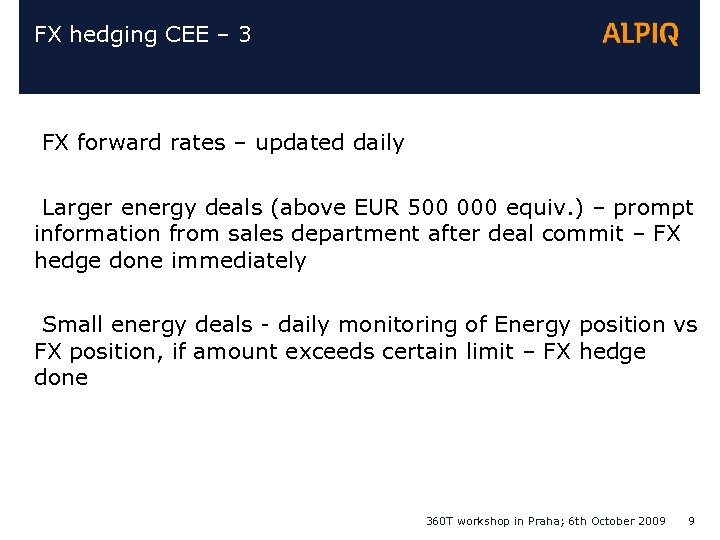 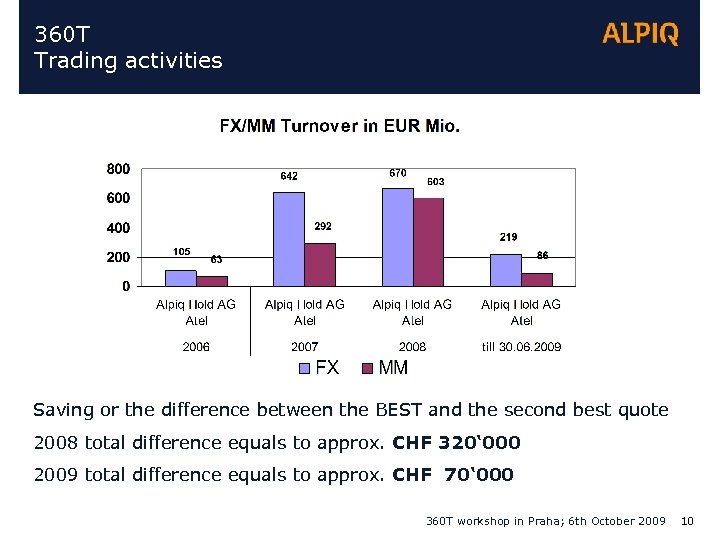 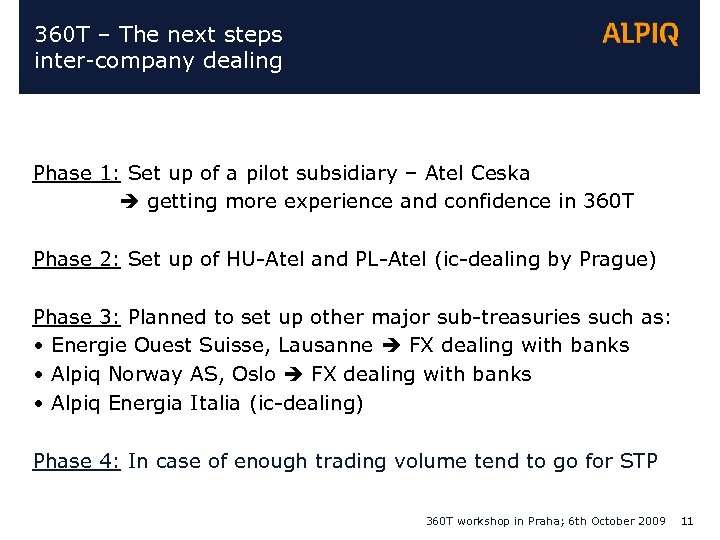 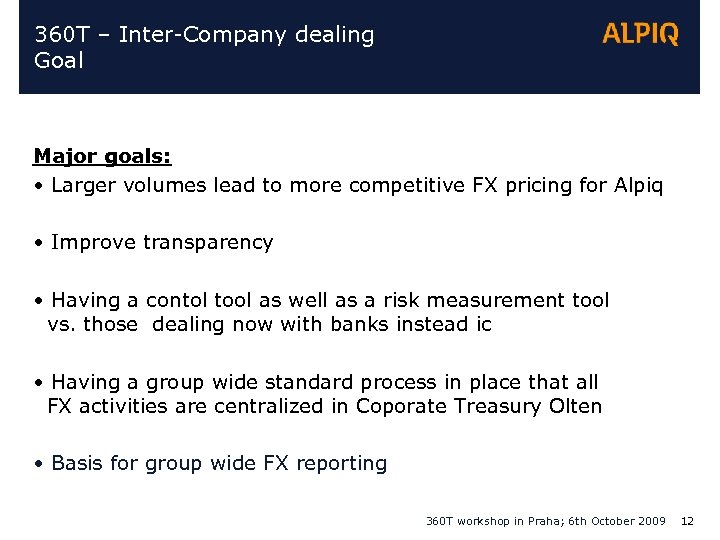 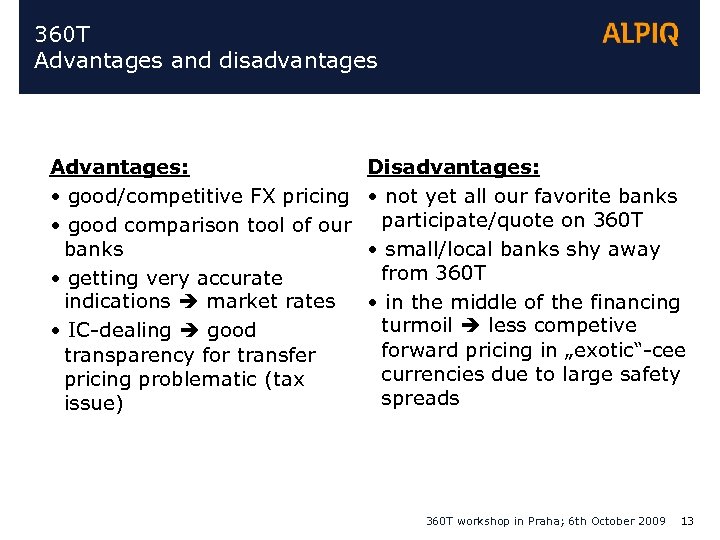 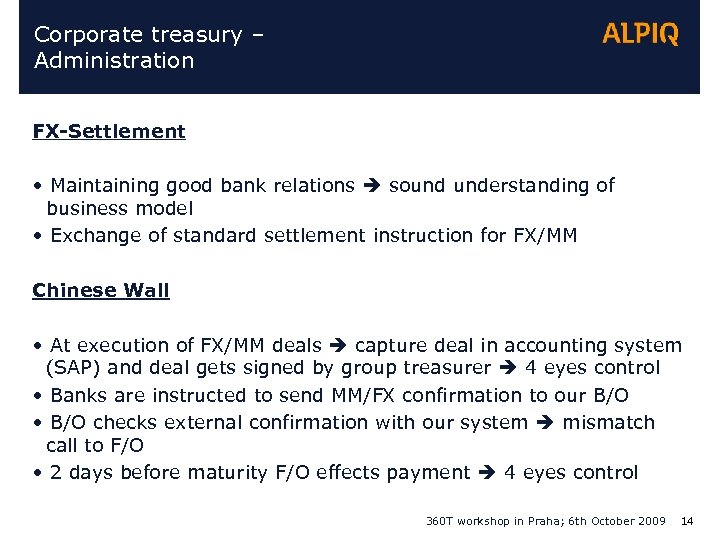 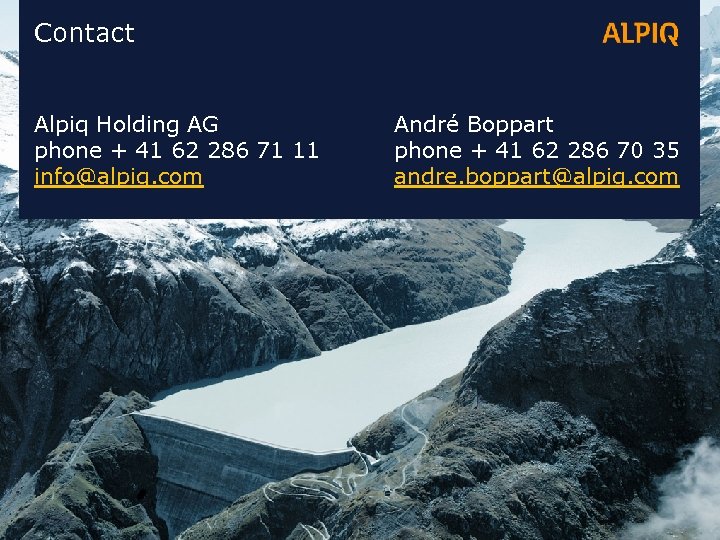 Treasury policy – hedging strategies The policy says: „whenever local treasury is aware of a funds flow, different from local reporting currency, local treasury has to hedge this foreign currency flow with corporate treasury“ It is up to the discretion of corporate treasury to transfer the currency risk to the market. Actual most hedging activities of our subsidiaries are hedged against the market except of EUR/CHF exposure. 360 T workshop in Praha; 6 th October 2009 7

360 T – The next steps inter-company dealing Phase 1: Set up of a pilot subsidiary – Atel Ceska getting more experience and confidence in 360 T Phase 2: Set up of HU-Atel and PL-Atel (ic-dealing by Prague) Phase 3: Planned to set up other major sub-treasuries such as: • Energie Ouest Suisse, Lausanne FX dealing with banks • Alpiq Norway AS, Oslo FX dealing with banks • Alpiq Energia Italia (ic-dealing) Phase 4: In case of enough trading volume tend to go for STP 360 T workshop in Praha; 6 th October 2009 11