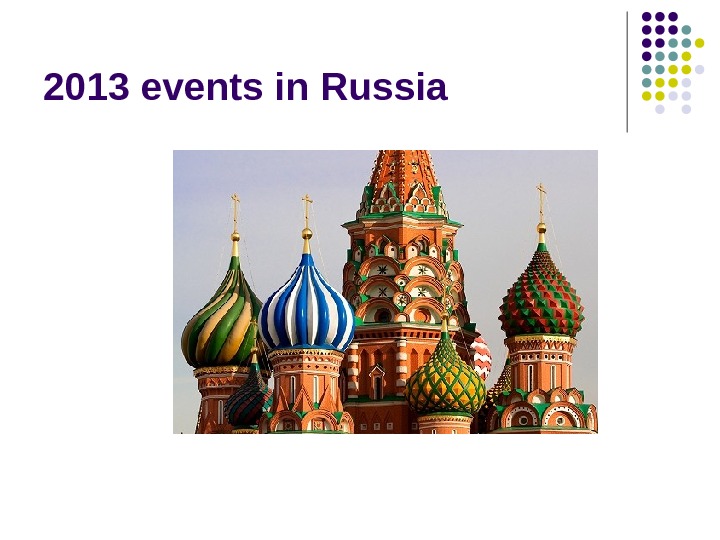 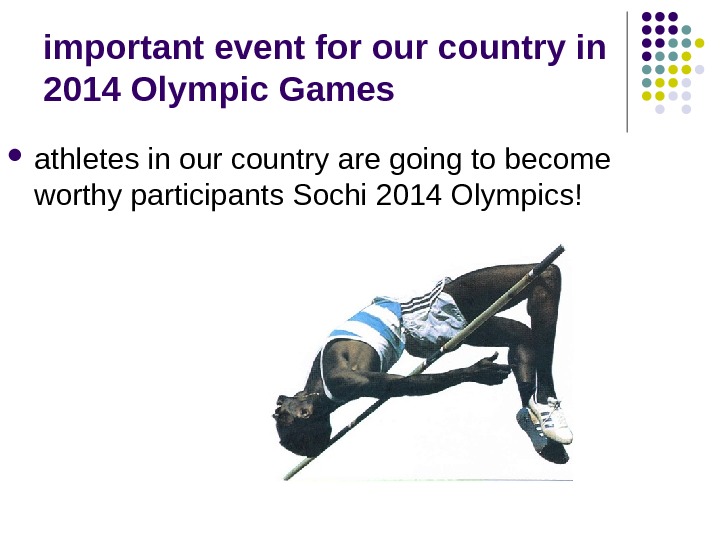 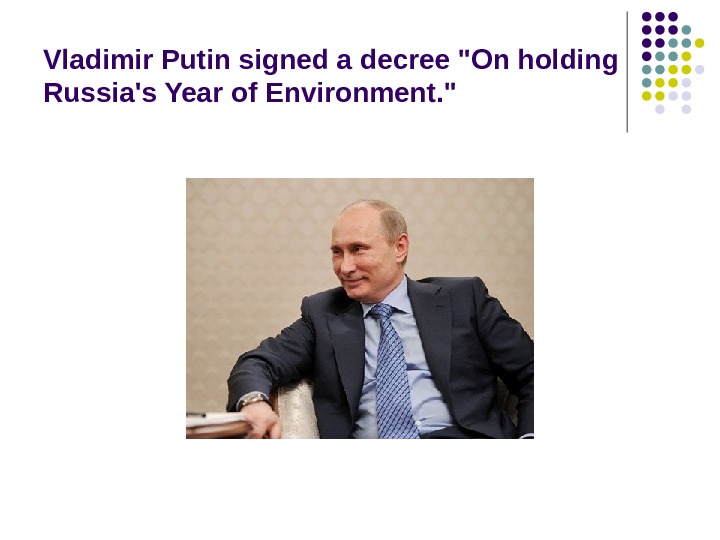 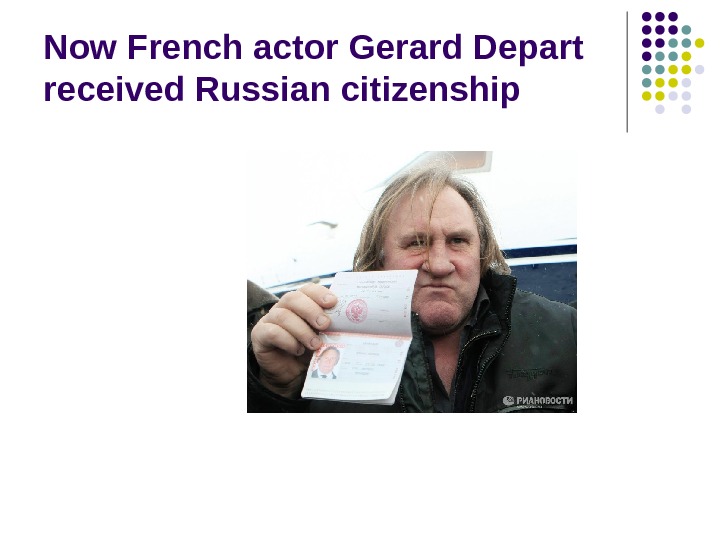 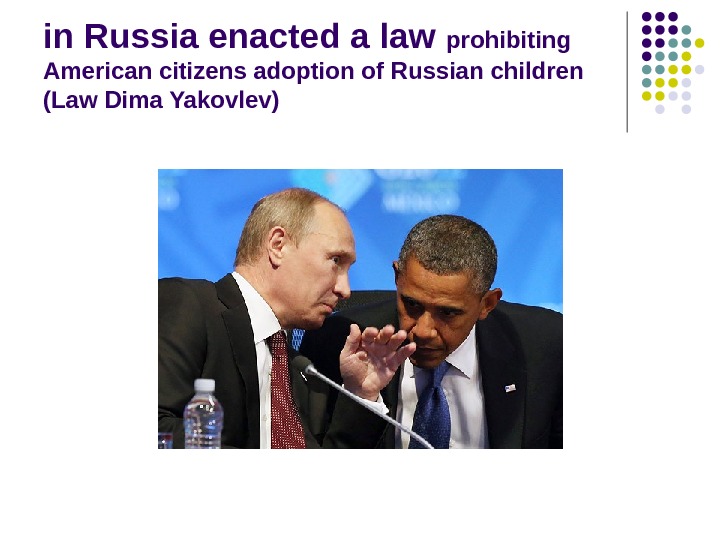 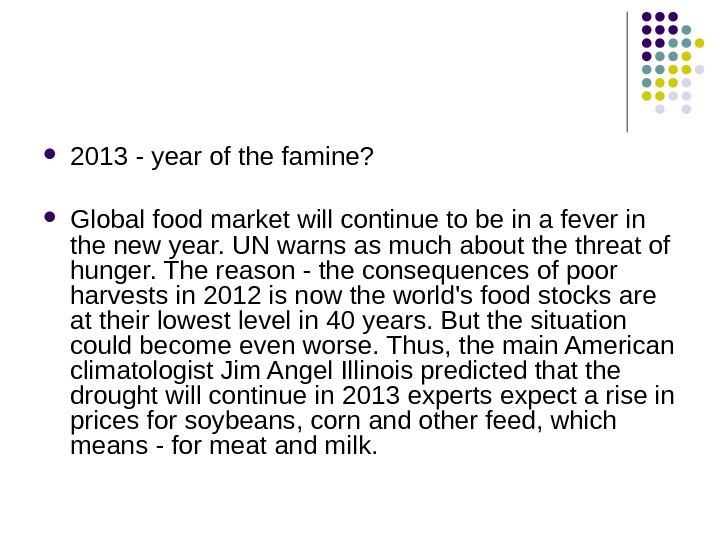 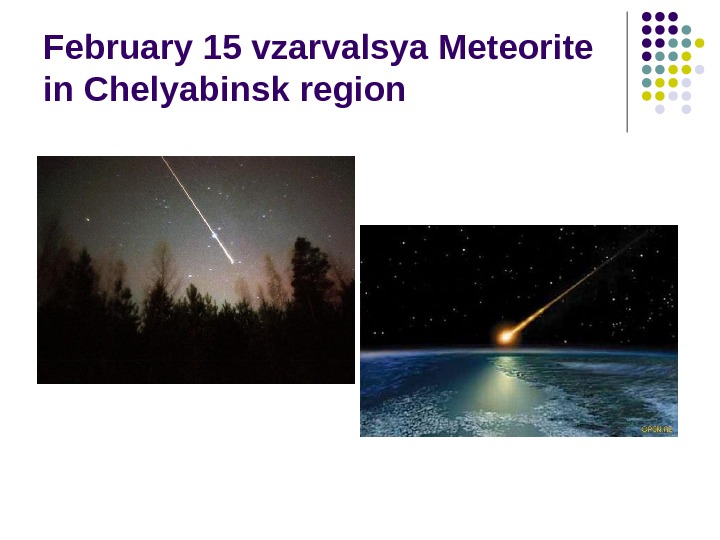 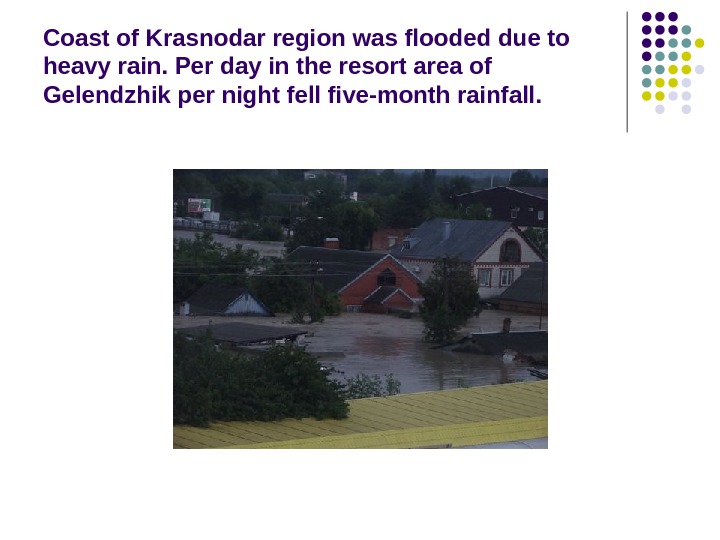 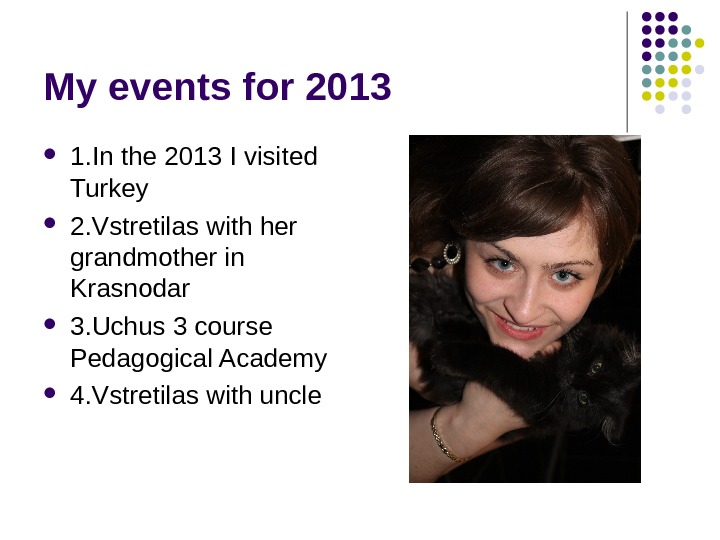 2013 — year of the famine? Global food market will continue to be in a fever in the new year. UN warns as much about the threat of hunger. The reason — the consequences of poor harvests in 2012 is now the world’s food stocks are at their lowest level in 40 years. But the situation could become even worse. Thus, the main American climatologist Jim Angel Illinois predicted that the drought will continue in 2013 experts expect a rise in prices for soybeans, corn and other feed, which means — for meat and milk.

Coast of Krasnodar region was flooded due to heavy rain. Per day in the resort area of Gelendzhik per night fell five-month rainfall.