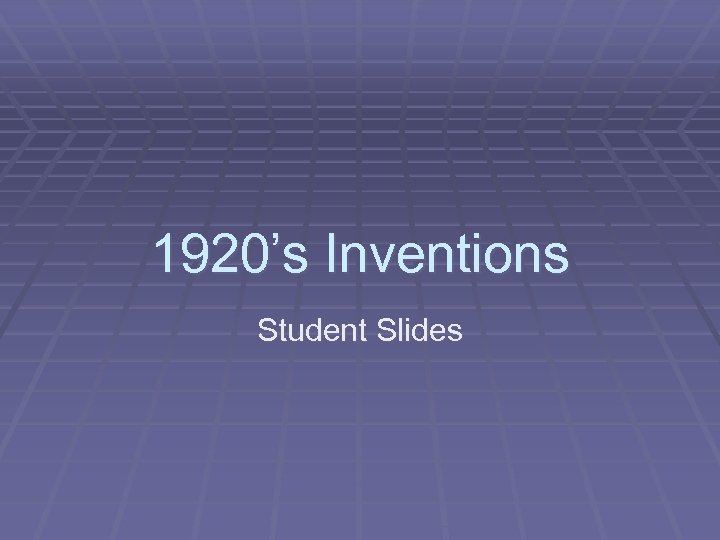 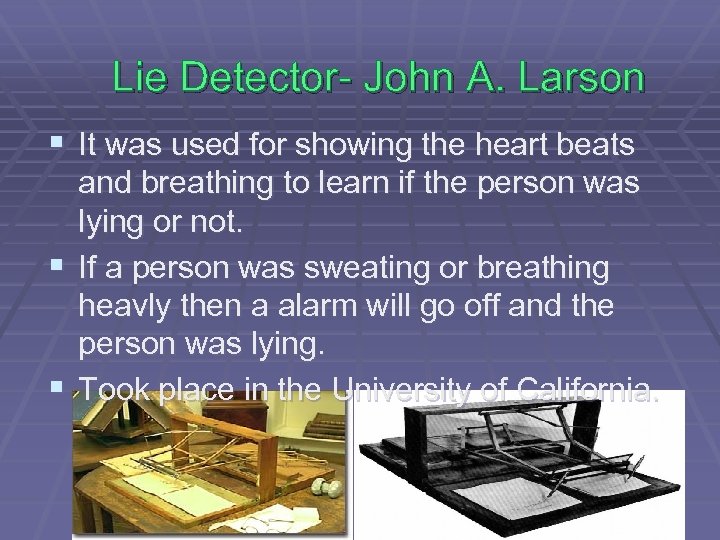 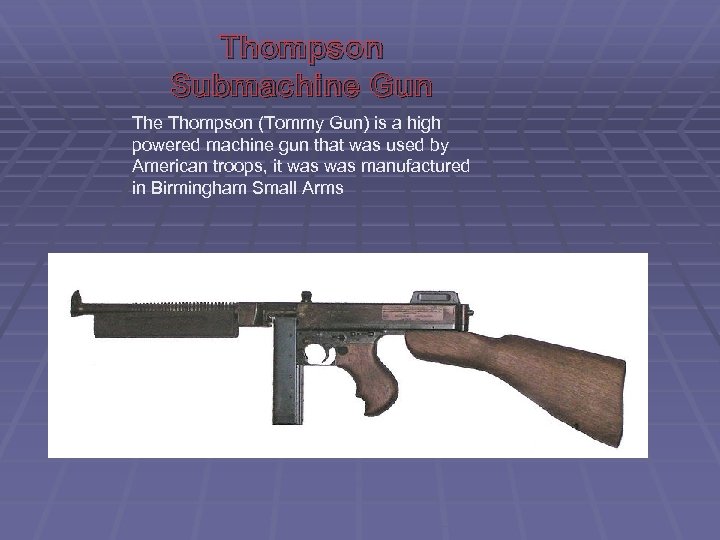 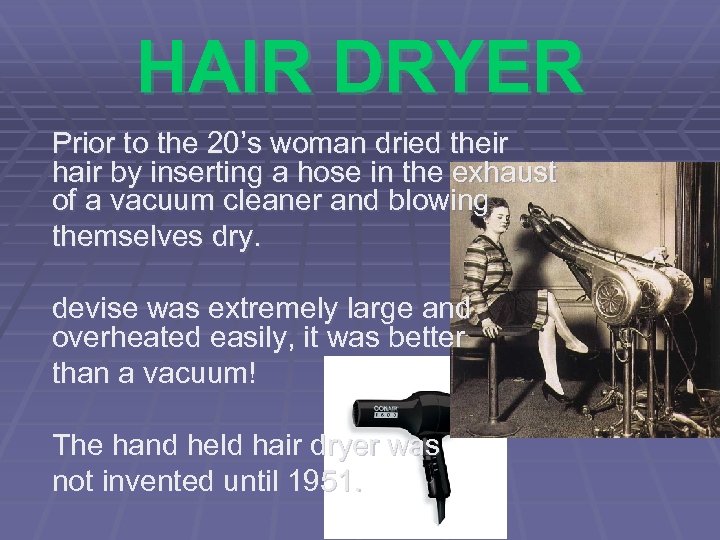 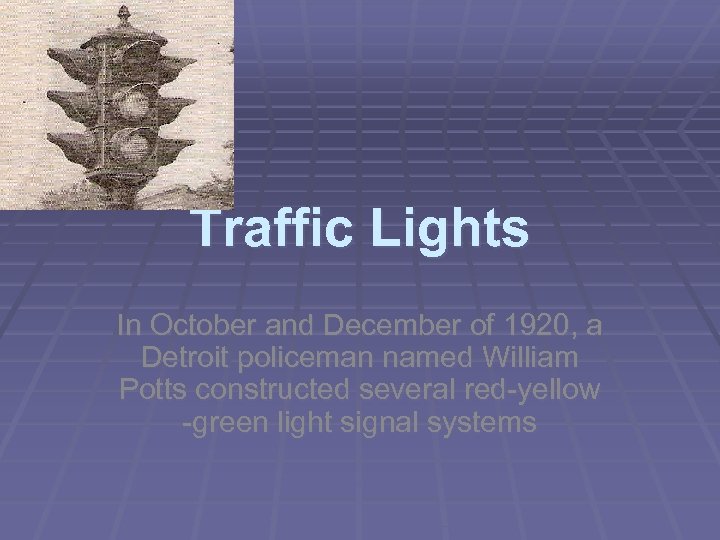 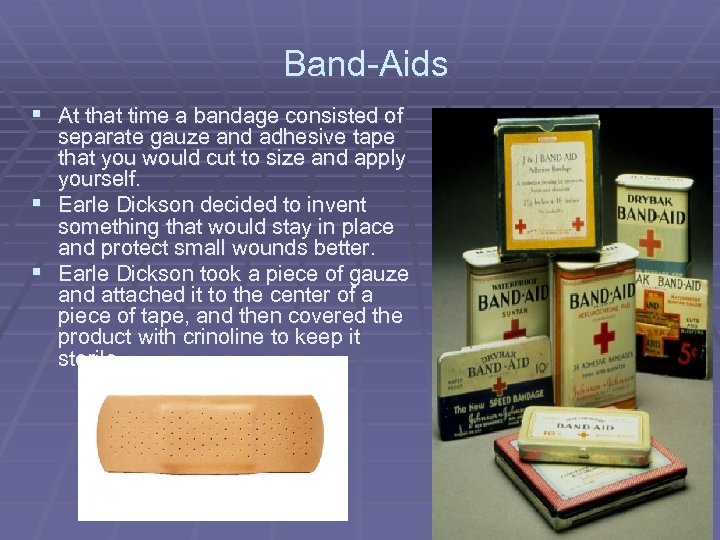 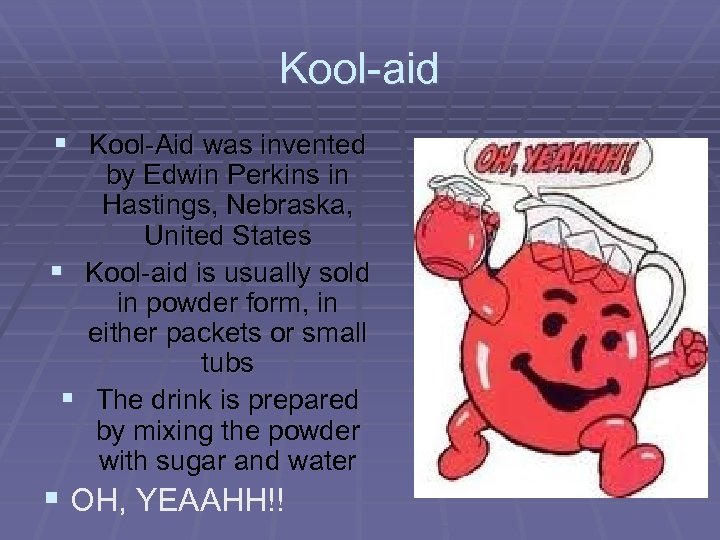 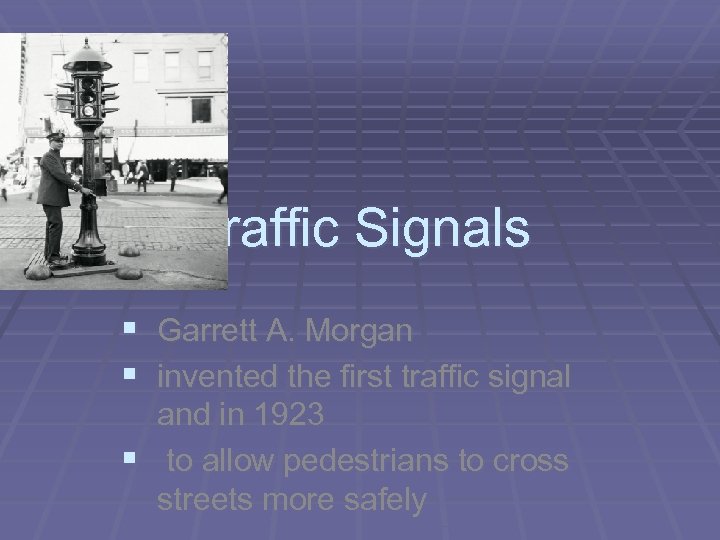 Thompson Submachine Gun The Thompson (Tommy Gun) is a high powered machine gun that was used by American troops, it was manufactured in Birmingham Small Arms

HAIR DRYER Prior to the 20’s woman dried their hair by inserting a hose in the exhaust of a vacuum cleaner and blowing themselves dry. devise was extremely large and overheated easily, it was better than a vacuum! The hand held hair dryer was not invented until 1951.

Band-Aids § At that time a bandage consisted of separate gauze and adhesive tape that you would cut to size and apply yourself. § Earle Dickson decided to invent something that would stay in place and protect small wounds better. § Earle Dickson took a piece of gauze and attached it to the center of a piece of tape, and then covered the product with crinoline to keep it sterile.

Kool-aid § Kool-Aid was invented by Edwin Perkins in Hastings, Nebraska, United States § Kool-aid is usually sold in powder form, in either packets or small tubs § The drink is prepared by mixing the powder with sugar and water § OH, YEAAHH!!

Traffic Signals § Garrett A. Morgan § invented the first traffic signal and in 1923 § to allow pedestrians to cross streets more safely

1 Neoplasms of the Nose and Paranasal Sinus