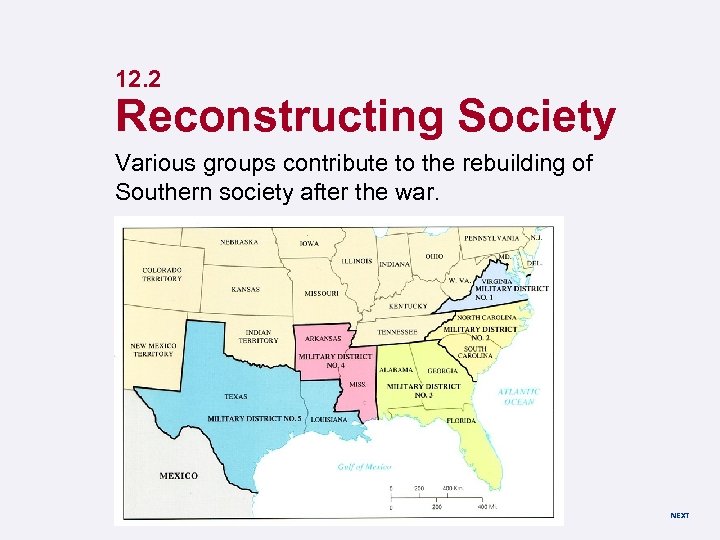 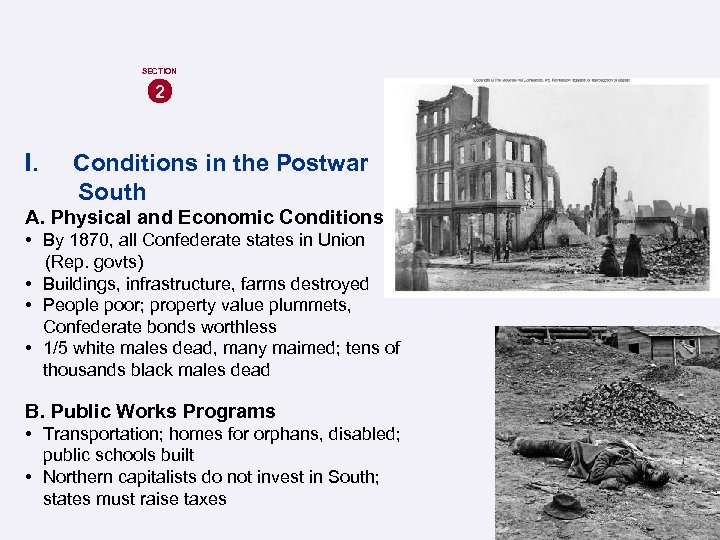 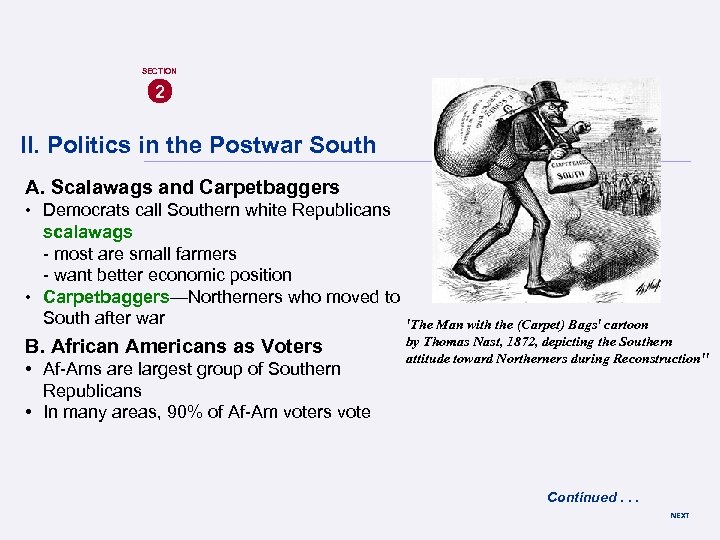 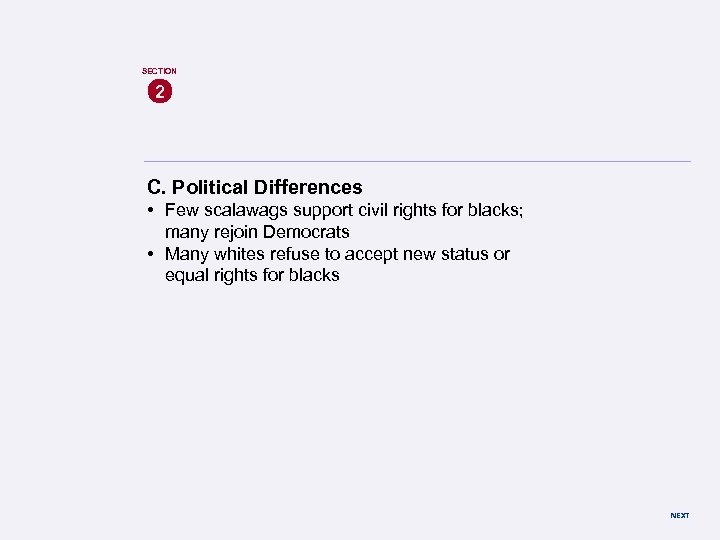 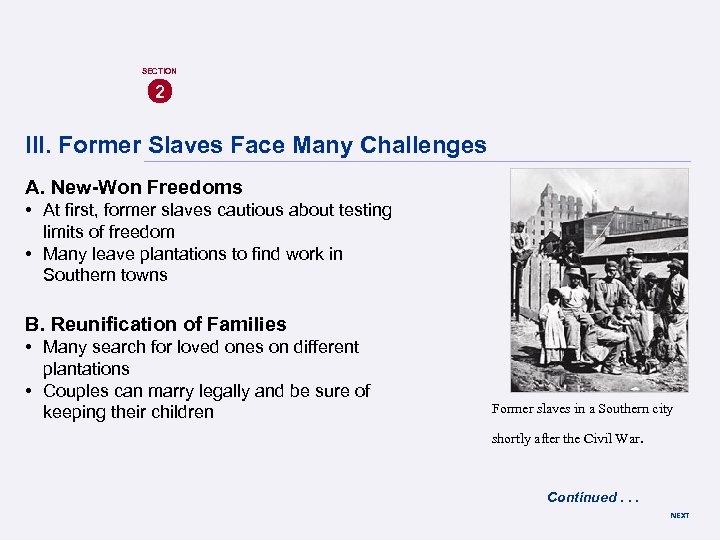 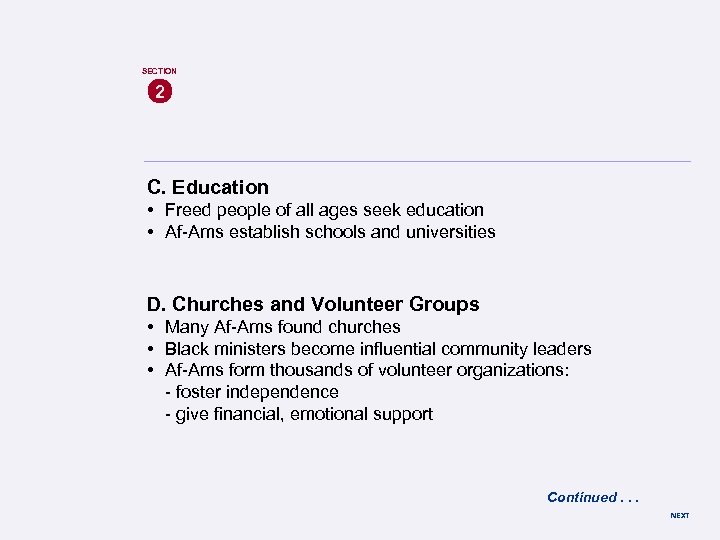 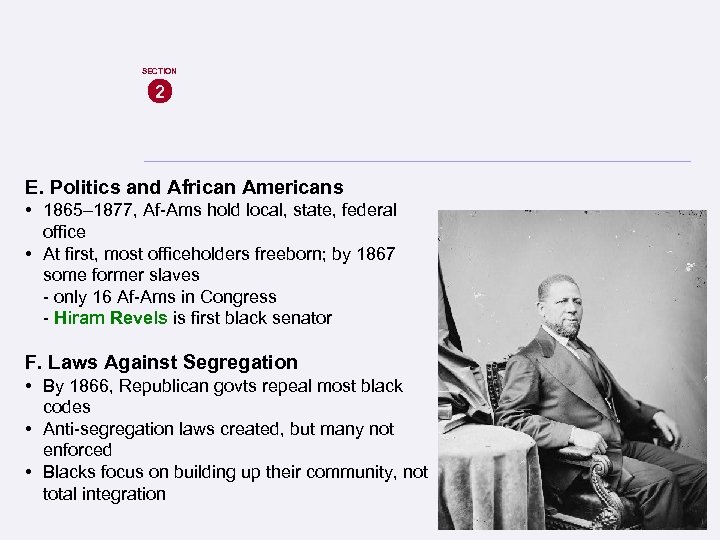 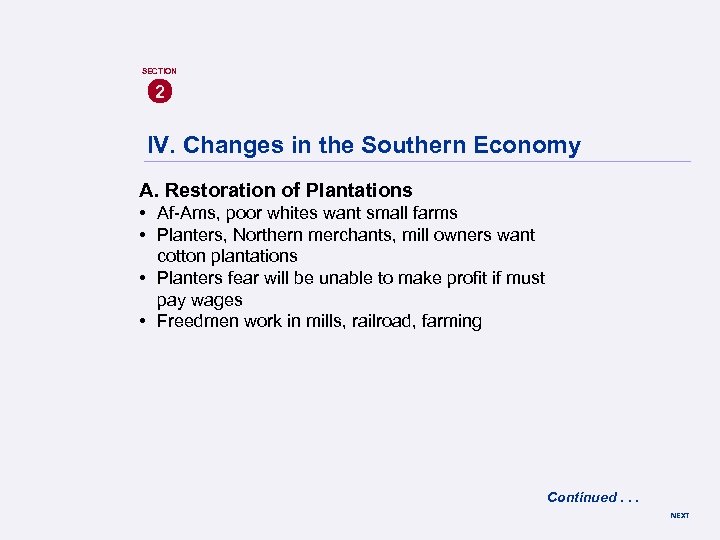 12. 2 Reconstructing Society Various groups contribute to the rebuilding of Southern society after the war. NEXT

SECTION 2 II. Politics in the Postwar South A. Scalawags and Carpetbaggers • Democrats call Southern white Republicans scalawags - most are small farmers - want better economic position • Carpetbaggers—Northerners who moved to South after war B. African Americans as Voters • Af-Ams are largest group of Southern Republicans • In many areas, 90% of Af-Am voters vote 'The Man with the (Carpet) Bags' cartoon by Thomas Nast, 1872, depicting the Southern attitude toward Northerners during Reconstruction" Continued. . . NEXT

SECTION 2 III. Former Slaves Face Many Challenges A. New-Won Freedoms • At first, former slaves cautious about testing limits of freedom • Many leave plantations to find work in Southern towns B. Reunification of Families • Many search for loved ones on different plantations • Couples can marry legally and be sure of keeping their children Former slaves in a Southern city shortly after the Civil War. Continued. . . NEXT

SECTION 2 E. Politics and African Americans • 1865– 1877, Af-Ams hold local, state, federal office • At first, most officeholders freeborn; by 1867 some former slaves - only 16 Af-Ams in Congress - Hiram Revels is first black senator F. Laws Against Segregation • By 1866, Republican govts repeal most black codes • Anti-segregation laws created, but many not enforced • Blacks focus on building up their community, not total integration Continued. . . NEXT

What is an Interest Group Any organization that